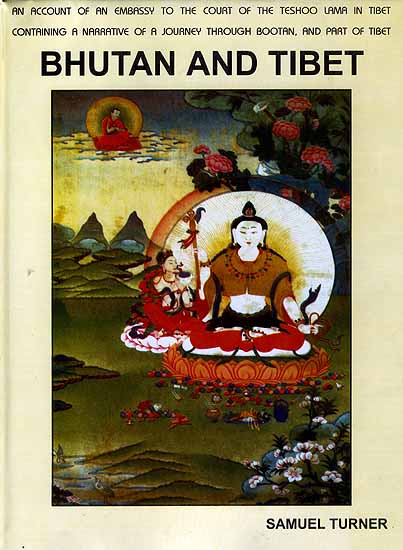 23 years in business
Preface To The New Edition

First published in 1800, this volume gives us a well- documented insight into all aspects of both Bhutan and Tibet at that time. From our modern perspective, we are in a position to reflect on the nature of current life in both Bhutan and Tibet. It is the changes over the last two hundred years that make this book so interesting today.

In some respects, life in modern Bhutan is not so different from that described in this early transcript. In fact it is only in the last five to ten years that any serious modernization has occurred in Bhutan. Tourism is a recent phenomenon and television has only been allowed in the country in the last few years. This is not to say that Bhutan is mediaeval or backward; it has merely been fiercely determined to preserve many of its traditions and cultural themes. Today a benign fear of outside influence still pervades the ruling echelons of society. A certain internal conflict exists today between traditionalists and modernizers.

Profound changes have occurred in Tibet though. When the Dalai Lama departed and the Chinese communists invaded, the country changed dramatically, perhaps forever. Gone were the traditions, the power of the monk body, the colourful festivities, mediaeval ideas and, sadly, most of the defining culture that made Tibet such a magnet for all things mystical and spiritual. A fascinating culture now replaced by the cold modernizing atheism of the misguided red clique. More than fifty years since the Chinese invasion, the country now sits uneasily. Some of the welcomed modernizing aspects have singularly failed to bring a peaceful co-existence. These so-called improvements have failed to overcome the aspiration for independence amongst the Tibetans, Who still cling with a strong affinity to their old structures, religion and cultural tenets.

The Author travels across Bhutan, an isolated sparsely populated country unknown by the outside world in his time. He describes the vegetation, the wildlife and the people he meets. He visits both the villages and the great dzongs (Fortified Palaces and forts). His party crosses a high pass into Tibet and stays with the lama of Phari, a route not possible for foreigners even to this day. Much of Turner's time in Tibet is spent at the Tashi Lhunpo monastery, the seat of the Panchen Lama in Shigatse. Here he describes his observations on a political level as well as his physical surroundings. His primary task was to observe the political relationships, particularly with regard to Chinese influence, and to seek out the trading possibilities. In subsequent years the British sought to open trade links with Tibet, but invariably a deep reticence and mistrust on the part of the Lhasa rulers thwarted these expectations.

On a lighter note, some charming anecdotes appear throughout the book. On his return journey the author has time for a spot of ice-skating, for winter is approaching fast. We can only imagine the scene, the aloof sahib and the curious local onlookers.

Captain Samuel Turner writes vividly about his experiences, clarifying for us so many aspects of life, be it mixing with the heads of society or travelling in great discomfort amongst the peasants. His style of writing has a certain charm commensurate with the era and reflects the endearing stiff upper lip of the British Raj.

Included also is a delightful introductory resume of the book written by Hugh Richardson in 1970. He was one of the last official visitors to the old Tibet as it existed before 1959.

"They chatted together in great good humour, and frequently joined in loud bursts of laughter. The disposition was contagious, nor could we view such honest mirth without a smile." Samuel Turner describes one of many encounters with a largely surprised local population during his journey behind the Himalayas.

Although Samuel Turner's visit to Bhutan and Tibet in 1783 was primarily motivated by both political and commercial interests, his narrative covering his travels is much more entertaining than would first be supposed.

Bhutan, as it is to a large part even now, was a reclusive country, little known outside its mountainous borders. Like Tibet it has intrigued explorers, adventure seekers, religious scholars and those in search of its mystical qualities since its fame first spread.

Both Bhutan and Tibet have remained relatively mysterious places even to this day. After more than two hundred years, this book has a place in history, a jewel set in prose to recall an era long past, but not distant or alien to our modern viewpoint.