Arunachala (From Rigveda to Ramana Maharshi) 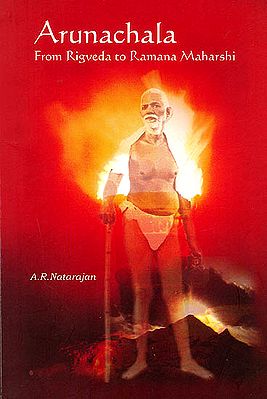 $15.00
Notify me when this item is available
Save to Wishlist Send as E-card Share by Email
About The Book

This book covers a vast panorama of over four thousand years from the Rigvedic seers to Ramana Maharshi. Arunachala, a seemingly insentient hill, and the golden hued Ramana are the embodiment of the fire of knowledge. The purpose of this book is to rekindle in every human heart this smoulering fire now douched by ignorance.

In one sense this book is really many books rolled into one, at least five or six of them. Arunachala, the beauty of hill itself, its caves, the journey to the summit, Arunachalewara temple, the festivals, the power of Arunachala to draw to itself all the seekers of truth. It is also the radiance of Ramana. The places hallowed by Ramana’s presence and also the 20th century saints, Mahan Seshadri Swami, Azhagammal are all covered.

The book also is visible feast with 200 illustrations. Each picture is different, yet have a special compelling fascination.

Arunachala and Ramana are brought close to each home so that one can live in the redeeming and liberating thought of Arunachala Ramana.

Rock of the Ages
The magnetism of Arunachala is timeless and spaceless. The first record of its glory is in the Rigveda. In Rigveda Lord Siva is referred to as ‘Rudra’, ‘Mahodevah’ and ‘Sambu’. He is identified with Agni or fire. In Yajurveda also Agni is referred to as Rudra.

Again in Rigveda ‘Brahmana’ there is reference to a dispute between the Creator Brahma and Preserver Vishnu as to which of them was superior. Lord Siva appeared before them as a effulgence, a column of light or jyotisthambha which is the symbol or linga of Siva. Later in response to their prayer he took the form of Arunachala.

The two great Gods also prayed to Lord Siva that he should take the form of a linga in order that they and human beings could worship him in that form. Siva accepted this request also and took the form of a self-born ‘Swayambu’ linga, Arunachaleswara. Around this linga, the temple of Arunachaleswara with its vast gopuras (towers) has grown up.

One might therefore say that the Arunachaleswara linga is also the same fire of light of Siva and that Arunachala and arunachaleswara are interchangeable, in their power as the one energy source in all life.

Legends
Look, there it stands as if insentient. Mysterious is the way it works, beyond all human understanding... This mountain — magnet stills the movements of any one that thinks of it, but once. Such is this mighty Aruna hill shining in the heart.

It is because of this fact that wherever one thinks Arunachala, irrespective of the person’s geographical location, that very thought stills the mind. Ramana refers to this power in the verse extracted above. The stillness of the mind, is the natural state of silence of the mind. The silent mind alone can be aware of that fountain of nectar overflowing in one’s heart.

There are many other aspects, described by Veda Vyasa in of ‘Skanda Purana’. In that, sage Gautama sets out, in elaborate detail, the advantages of the circumambulation of Arunachala, ‘Gin Prakakshina’. This relates to the capacity of Lord Siva to grant boons. This Purana also records the story of the penance of Parvati to be reunited with Lord Siva, her destruction of the demonical forces represented by Mahishasura, and her reunion with Lord Siva. This reunion took place when the “constellation of the holy star Krithika pertaining to the fire-God was in conjunction with the moon in the Tamil month of Karthigai (November-December)”. On this occasion, she prayed to her Lord Siva that this event should be celebrated in temples and homes by lighting of the lamps. She further prayed on the Arunachala hill it should be on the summit, On that holy day. The glory of Arunachala, is therefore symbolised by this light, which is lit once a year to indicate that it is a fire of knowledge.

Lord Siva was pleased with penance of Mother Parvati and gave half of his body to her. Thus the hill also symbolises the union, physically, of Siva and Sakthi making it holier. In this sense too the glory of Arunachala is beyond description.

The Karthigai festival is the most important festival at Tiruvannamalai and is celebrated in a befitting way. On this occasion, a huge congregation of devotees gather and do the circuit of the hill. They also climb the hill and witness the actual lighting on the top of the hill. Simultaneously there is a big celebration in the Arunachaleswara temple and at Sri Ramanasramam.

The importance of the circumambulation and the benefits which flow from it has been proclaimed by Lord Siva himself. As set out earlier Arunachala is the effulgence of Siva himself. Lord Siva has the reputation of one who is easily pleased and one who is bound to fill desires of the devotees. He is therefore ever-ready to bless and grant boons to those who do the ‘Girivalam’, remembering the nature of the hill and its power. One may also recall that Mother Parvati herself became re-united with the Lord by worshipping the hill as adviced by sage Gautama.

Going round the hill should not be considered as a speed test. It should not be done in a vehicle for it will be counter productive. It should be done only bare-footed for one is circumambulating the sacred Siva linga. It needs to be done in constant meditation of Lord Siva, slowly with that remembrance. Groups could join chanting his holy name, singing and dancing like the great Lord Nataraja. Joy must be felt in the heart.

One should also observe a reasonable cleaniness of the body by having a bath, wearing clean clothes and applying sacred ashes before the sacred circumambulation.

Arunachala as Guru
Siva is always regarded as the Supreme Yogi, and as the flame of the light of knowledge. Arunachala’s role as Guru was first highlighted by Guhai Namasivaya and his disciple Guru Namasivaya. This aspect of Arunachala seemed dormant until the advent of Ramana in 1879, as the human embodiment of the same hill of fire, Arunachala.

Advent of Ramana
Ramàna’s ‘Five Hymns on Arunachala’ is replete with different aspects of Arunachala’s glory as guru. None can equal the heart pourings of a disciple, which we find in these inspired verses, invoking the guru’s grace.

The individual mind always thinks dualistically. It cannot think in terms of unitariness or wholeness. Therefore many may regard the two sources of light as independent. However those who recognise the oneness of the light refer to Ramana as Arunachala Ramana.

Actually until about a decade ago, it was obvious the faith 111 the hill declined. Only a few would be going around the hill except on the Karthaigai Deepam day. Now the situation is wholly different and thousands of people are seen to be doing the ‘Girivalam’ each day in total faith. This is due only the intangible but ever present, timeless, power of Ramana.

Ramana’s Faith in Giripradakshina
Ramana’s categorical statement in this regard is the best proof of it.

“There is an aitikya (tradition) that this hill is linga swarupa, that is to say, that this hill itself is God. This aitikya is not to be found anywhere else. That is the cause of the glory of this place. The tradition of this place is that this hill is the form of God and that in its real nature is full of light. Every year the Deepam festival celebrates the real nature of the mountain as light itself Authority for this is found in the Vedas, the Puranas and in the stotras (poems) of devotees. Because this tradition maintains that this hill is Siva swarupa, the practice of giripradakshina, as an act of reverence of worship, has arisen. I also have faith in giripradakshina and have had experience of it”.

Ramana would himself circumambulate the hill when he was staying at the Virupaksha Cave and at Skandasramam and in the initial years of stay at Sri Ramanasramam. The period covered was roughly about twenty seven years. Ramana and his devotees would go round the hill in the manner prescribed. Though he himself stopped going round the hill to make himself available to the devotees, who started coming in increasing number, he would recommend the pradakshina to all. He once told a devotee:

“For everybody it is good to make the circuit of the Hill. It does not even matter whether one has faith in this Pradakshina or not. Just as fire will burn all who touch it whether they believe it or not, so that the Hill will do good to all those who go round it”.

Visible Symbols of Transcendental Reality
Arunachala and Ramana are both the same manifestations and visible symbols to the Transcendental Reality. They symbolise mysterious workings of Lord Siva as an unmatched boon giver his guruhood, which is beyond description. The very thought of Arunachala Ramana stills the mind and turns it inward. One is restoring to the state of natural and overflowing abundance of joy bubbling and overflowing in the heart.

This book covers all these aspects. Ramana Maharshi Centre for Learning’s publication by the same title in 2002 with one thousand two hundred extraordinary beautiful colour illustrations was made available to the seekers and devotees earlier. This is an Economy Edition. Its purpose is that it should reach more people so that the smouldering fire of knowledge in their hearts may be rekindled.

The book is also visually beautiful with two hundred illustrations in Black and White. 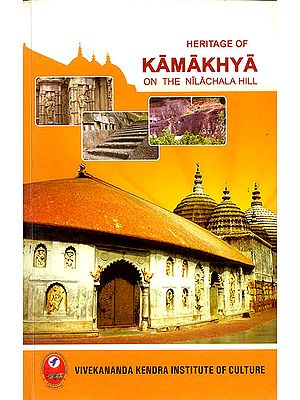 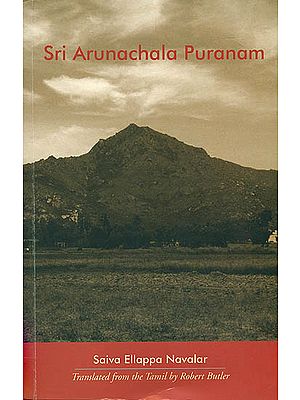 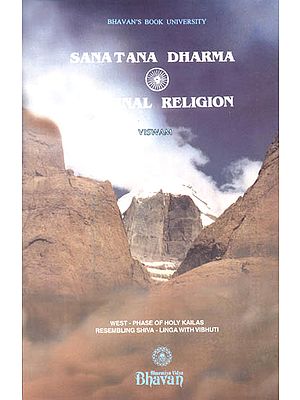 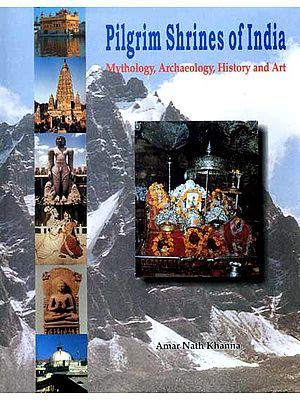 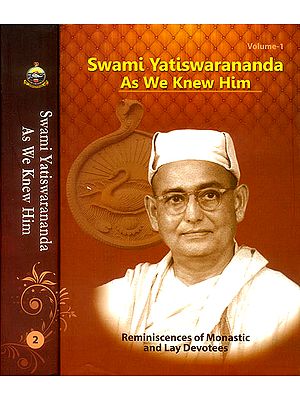 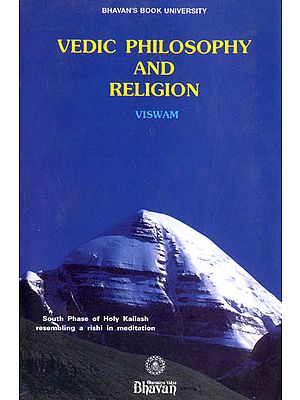 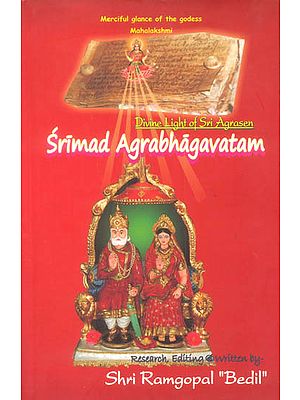 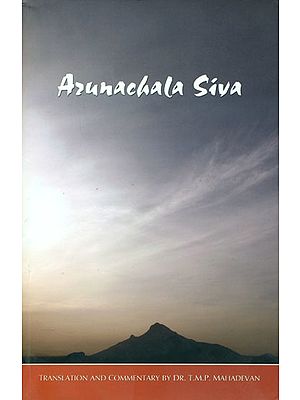 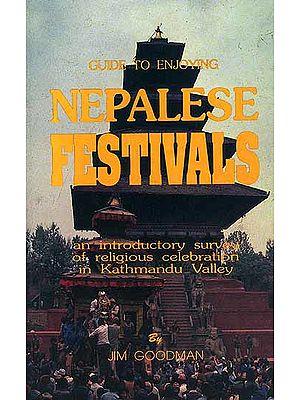 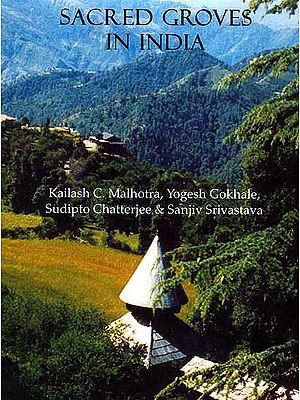