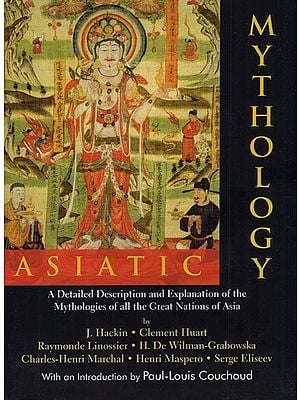 Asiatic Mythology is a great pioneer work and contains a detailed description and explanation of the mythologies of all the great nations of Asia by scholars like J. Hackin, Clement Huart, Raymonde Linossier, H. de Wilman-Grabowska, Charles-Henri Marchal, Henri Maspero and Serge Eliseev.

The mythologies discussed here are that of Persia (Parsi mythology), Kafirs (a non-muslim sect of Afghanistan), Buddhism in India, Brahmanic Mythology, Lamaism, Mythology of Indo-China and Java, Mythology of modern China and the mythology of Japan. These sections are brought together, translated, illustrated with 16 plates and 354 monochromes, and equipped with an index, is most copious and useful. Each section recounts the wonderful myths and stories and explains the accompanying art.

Though written by experts, the book is clear, explicit, and easy to read. It is both historical and explanatory. The history and evolution of the various religions, sects, and mythologies are outlined. The myths are retold and fully explained. The mythological personages are identified. This book is a wonderful read for anybody who is or is not acquainted with the various mythologies.

Until our present day the gods of vast Asia have remained all but unknown to the cultured European. They were all confused together in a sort of queer and quaint Olympus. Their names, seldom pronounced, seemed unpronounceable.

But now to-day these gods are drawing closer to us. Seen from nearer at hand, they ceased to be monstrous or inert. For many Europeans they are already clear and distinct, alive and kind, almost friends. There is a desire to learn their legends, to recognize their attributes, to follow their avatars.

And this curiosity is no mere passing fashion. It is linked up with a great spiritual current, the deepest and strongest that has touched the Western world since the Renaissance.

In the sixteenth century Europe all at once found the ancient gods anew. Jupiter and Juno, Apollo and Diana, Mars and Venus, the Satyrs and the Muses, were hideous demons no longer. They dwelt in the imagination of poets and the palaces of princes. And they brought in their train a whole dancing world of ideas, of fancies, of shapes. It was like a sudden growth of the spirit. Man was vividly enlarged by a whole human past that had been thought to be utterly abolished. Three centuries did not. exhaust this prodigious enrichment.

To-day begins another enrichment, more prodigious still. The Western man has a new inheritance to garner, or rather to share, vaster than that of the classical antique world, less accessible, stranger, not buried deep in the past, but far away in space, ripening and maturing to infinity under the early rays of the sun—the spiritual dowry of old Asia, venerable mother of the peoples.

The distance that lies between us has been shrunken, and in certain ways annihilated. What takes place in Delhi, in Pekin, in Tokyo, is known the same day in London, in Paris, in New York. A continuous stream of images and sounds comes from thence to eddy about our heads. It is an inevitable coming together. Whether humanity likes or dislikes it, a mechanical process is forcing it to assemble within the same enclosure.

Mechanical coming together would be nothing if it did not prepare the way for an exchange of secret treasures.

A new humanism is on the horizon. This time it will take in humanity entire. Can the men of to-day call themselves cultivated if they are nurtured on Europe alone ? Can they still disregard the thought, the dreams, the experience, of one-half of humanity?

How many are saying with Romain Rolland : There are a certain number of us in Europe for whom the civilization of Europe is no longer enough."

Or with Hermann Keyserling: " Europe no longer makes me react. This world is too familiar to me to give new shapes to my being; it is too limited. Europe to-day has no more than a single spirit. I wish to escape to spaces where my life must needs be transformed if it is to survive."

Maeterlinck sets over against each other what he calls the " Western lobe " and the " Eastern lobe " of the human brain :

The one here produces reason, science, consciousness; the other yonder secretes intuition, religion, the subconscious. . . . More than once they have endeavoured to penetrate one another, to mingle, to work together; but the Western lobe, at any rate on the most active expanse of our globe, has heretofore paralysed and almost annihilated the efforts of the other. We owe to it extraordinary progress in all material sciences, but also catastrophes, such as those we are undergoing to--day.. It is time to awaken the paralysed Eastern lobe.

To bring the two halves of humanity face to face will be the great work of this century.

Let us incline our ear. A faint prelude heralds an event whose very immensity hides it from our senses. In the human symphony new, full-sounding instruments have just come in. A few harmonies, unheard before, make themselves felt. A. concert is beginning in which the lute and the flute of Asia will play their part.

Let us open our eyes. Perhaps we shall see what has never yet been seen. Humanity has not yet known itself. It has unfolded itself upon two terraces. There were two showers of bright sparks, two rockets soaring in the night. For the first time, from one end of the vast earth to the other, man is the spectator of man. For this new festival how high will the rockets go ? On the very long and very winding road that by a slow ascent will lead us to the knowledge of Asia the study of mythology is the first stage, the indispensable rudiment. the ABC.

It is through art that Asia first of all shows her-self to us. Thousands of figured objects — prints, scrolls, statues—obsess our eyes. Through these we find ourselves in contact with an unknown world.

All art is thought. The first condition necessary to understand a work of art in Which a theme is treated is to know that theme. In Asia, as elsewhere, three-fourths of the subjects represented are religious. Hence we must begin by deciphering the mythology that inspires them.

In order to interpret the white statues resurrected from the earth the men of the Renaissance feverishly studied the history of the ancient gods. Even so must we spell out that of the gods of Asia. Kwannon, Siva, Ganesa, Jizo, must be as familiar to us as Ceres, Hercules, Silenus, were to them.

Inasmuch as henceforward the art and the thought of Asia are part of the, patrimony of humanity, inasmuch as every well-bred person must needs be capable of appreciating a Khmer or Chinese masterpiece no less than an ancient marble or a Quattrocento bronze, he must have at least a quarter of the knowledge possessed by every street-urchin in Cambodia or in China.

It is a lazy fallacy to think that art can be appreciated apart from its subject. Indifference to the subject is the mark of an ageing art. It appears among a sophisticated public to whom every subject has become commonplace and trite. It does not apply to periods of spontaneous and popular art. There everything is significant, everything speaks.

To take but a single example, could we enjoy, to the full the beauty of a tympanum or a stained-glass window of the Middle Ages if Emile Male had not taught us to disentangle and construe its meaning? The Indian, Khmer, or Javanese artist is brother to the artist of Chartres. He has the same frankness, the same piety, the same eagerness to narrate, to edify. He deserves the same audience.

To penetrate to the heart of a civilization we ought to begin with a knowledge of its gods. And in the very end that is what we come back to.

The creation of the gods is the most natural, the most secret, the slowest, the loftiest, of the works of man. It is the supreme achievement of his profound experiences. It is the mysterious fruit of minds in the mass.

How many thoughts and accumulated desires must go to make a god ? The gods have no reality save a spiritual one, but this reality is superior to that of all the humble worshippers who give them life. In the orchard of humanity they are the golden apples to which all saps flow and concentrate.

We Western peoples, with our spirits still barbarian and too much caught up with what the philosophers call realism, we find it hard to comprehend the genesis of the gods. An invincible prepossession leads us to believe that God, the gods, the demons, are in things and outside ourselves.

They are no such thing. India, more subtle than we, knows this. It is the high distinction of this race," says Michelet, " that while continually adoring they always know that they have made their gods themselves."

"The mortal made the immortal," says the Rigveda. The Indian monk Bodhidharma,' in the sixth century of our era, said before the Emperor Leang Wu Ti: " There is no Buddha outside the heart. Save the reality of the heart all is imaginary. The heart is Buddha, and Buddha is the heart. To imagine a Buddha outside the heart, to conceive that he is seen in an external place, is but delirium."

It is good for us to give ear to the lesson of the monk Bodhidharma.

In vast Asia there are great religious provinces.

Persia is the one least a stranger to us. Twice the Persian gods all but conquered the West. They were stopped at Salamis. Eight centuries later the god Mithra insinuated himself into the Roman world. 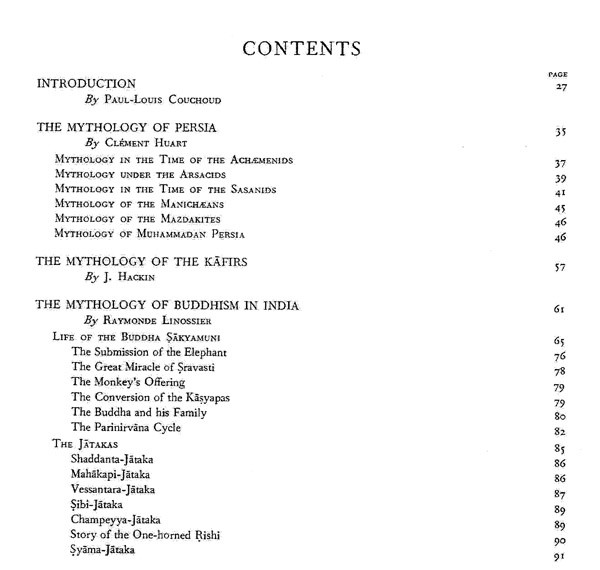 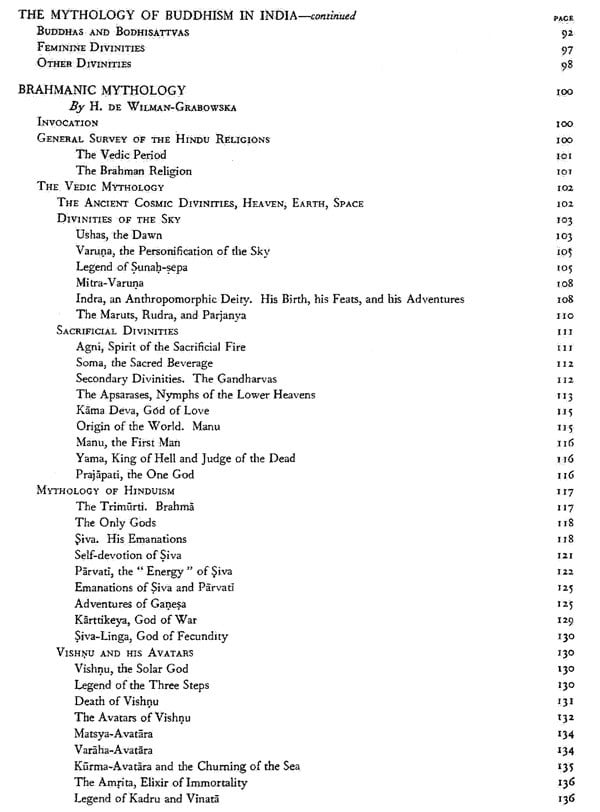 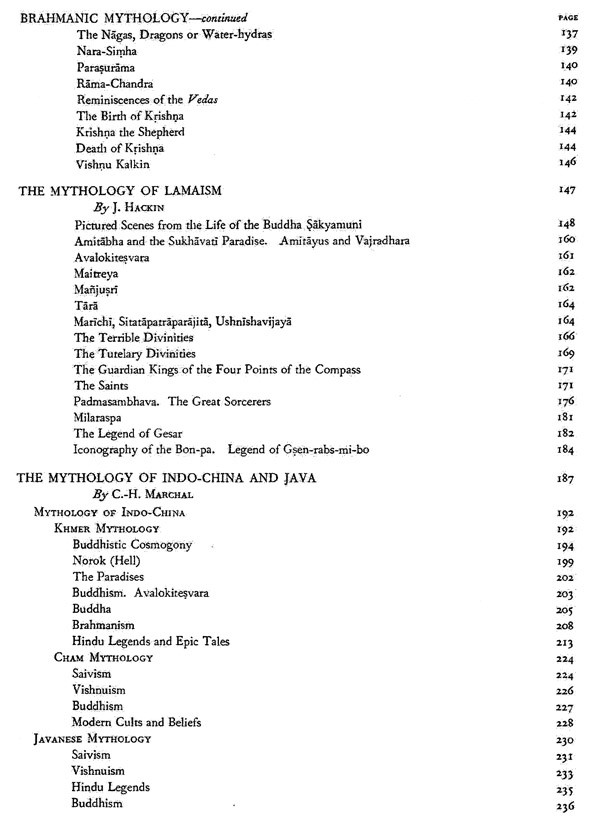 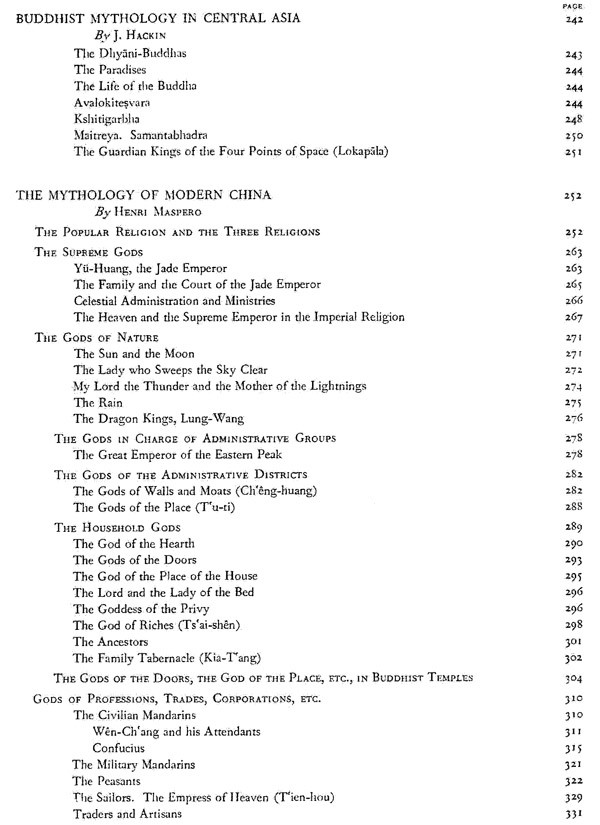 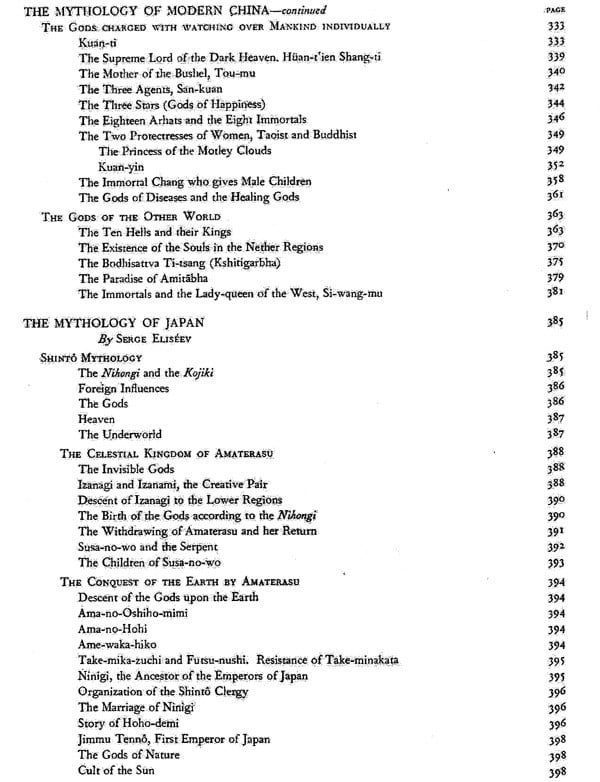 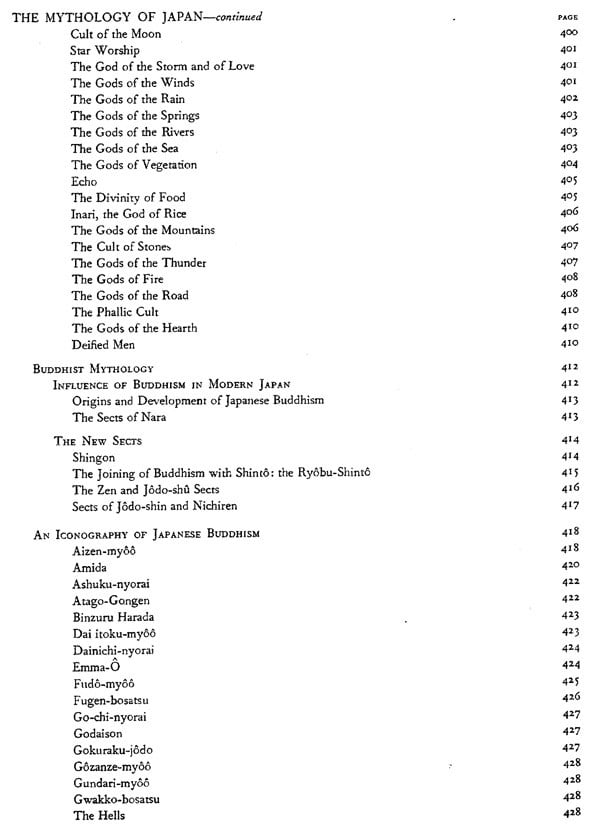 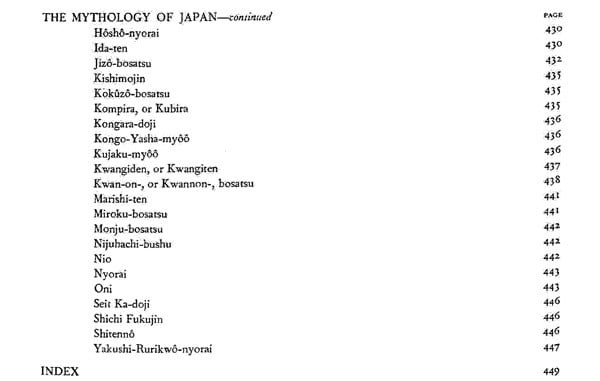 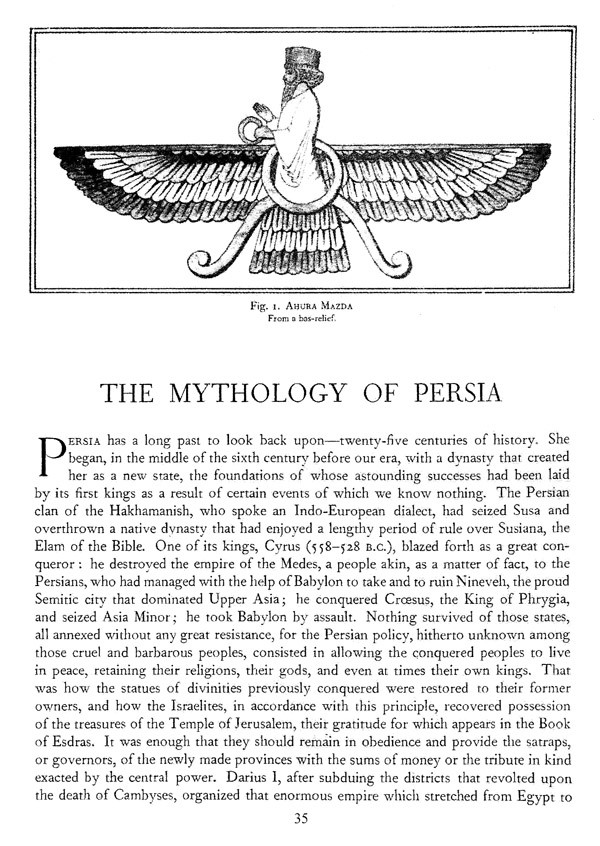 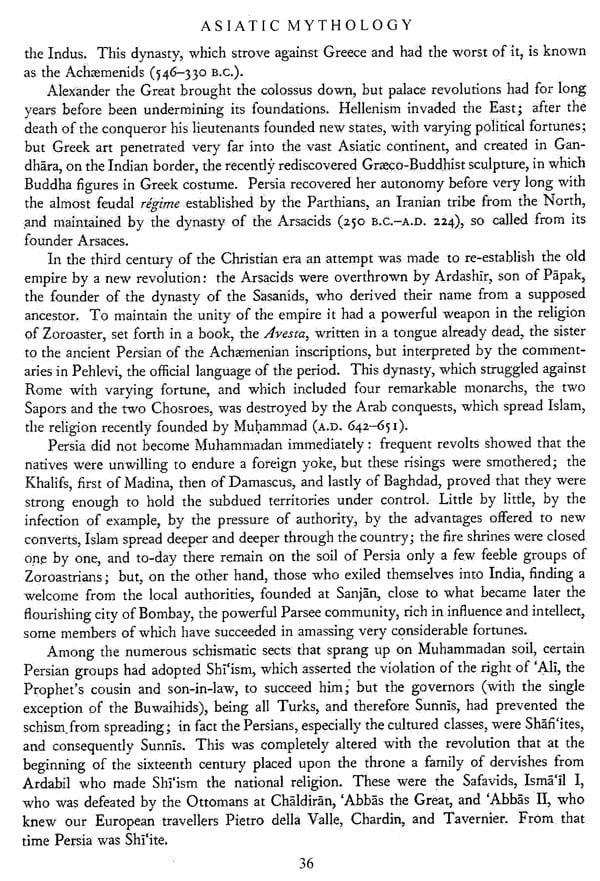 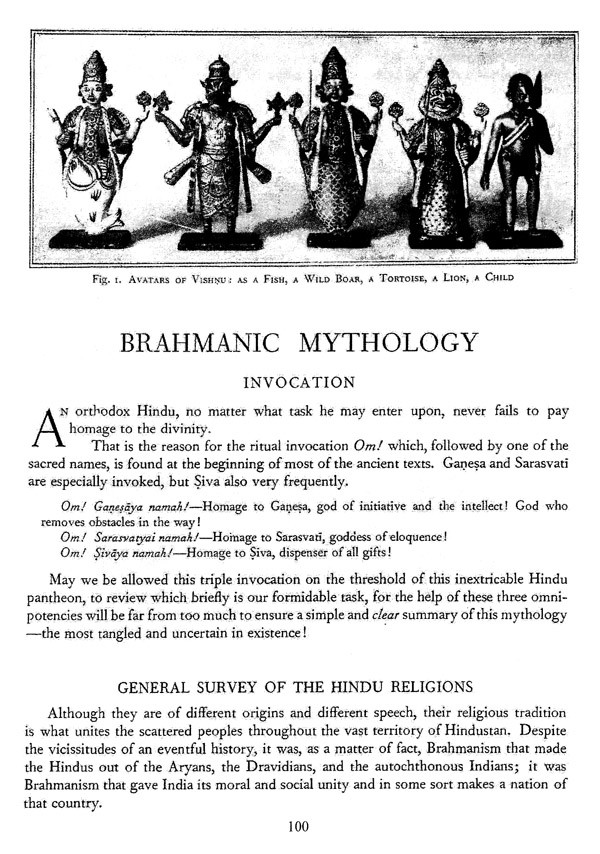 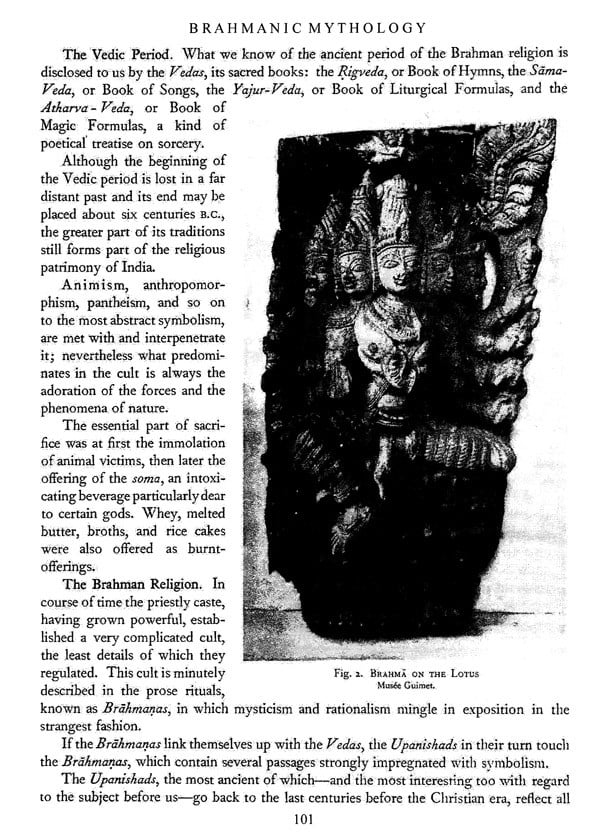 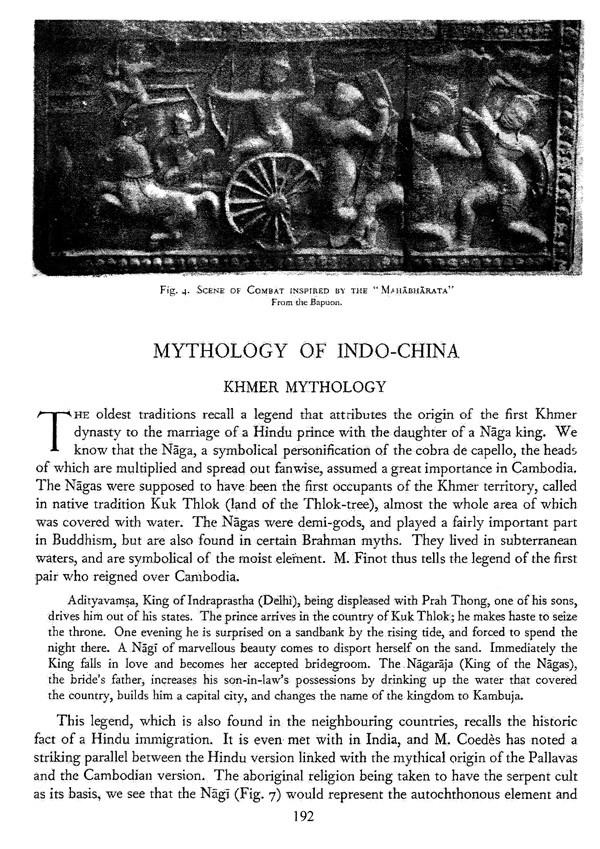 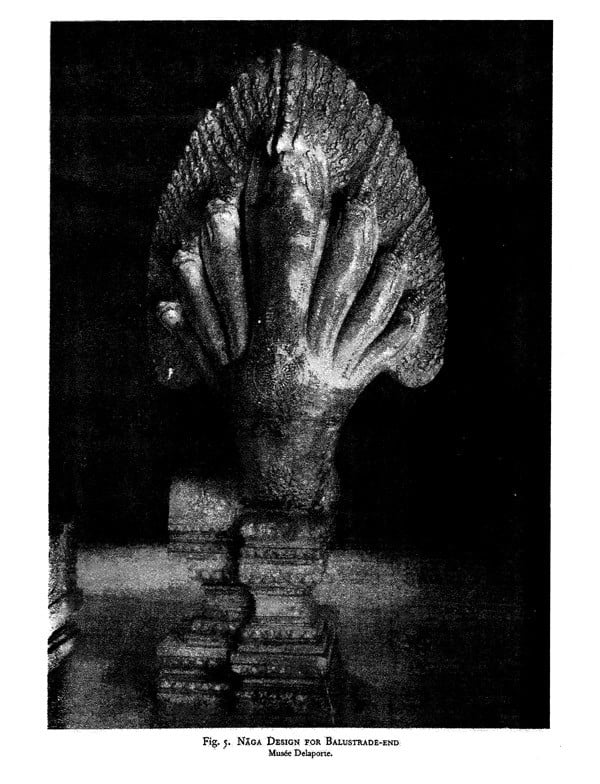 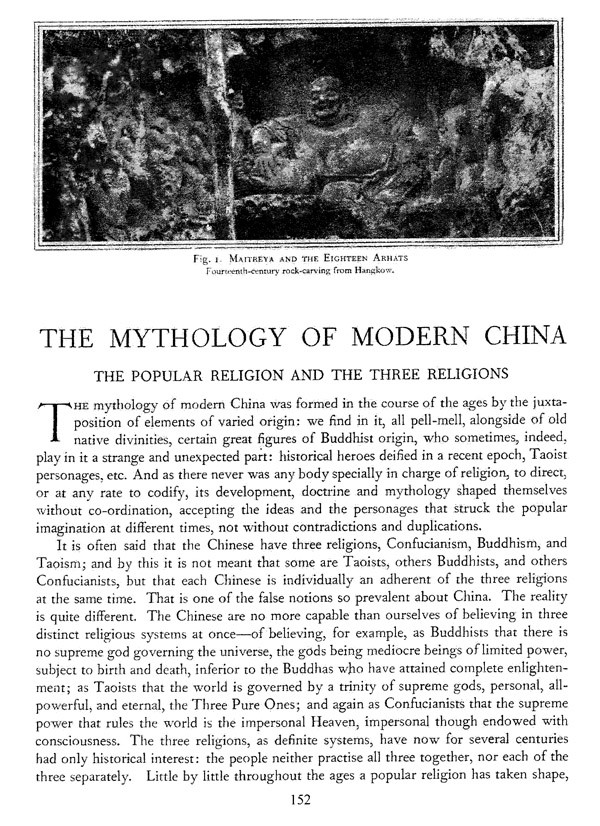 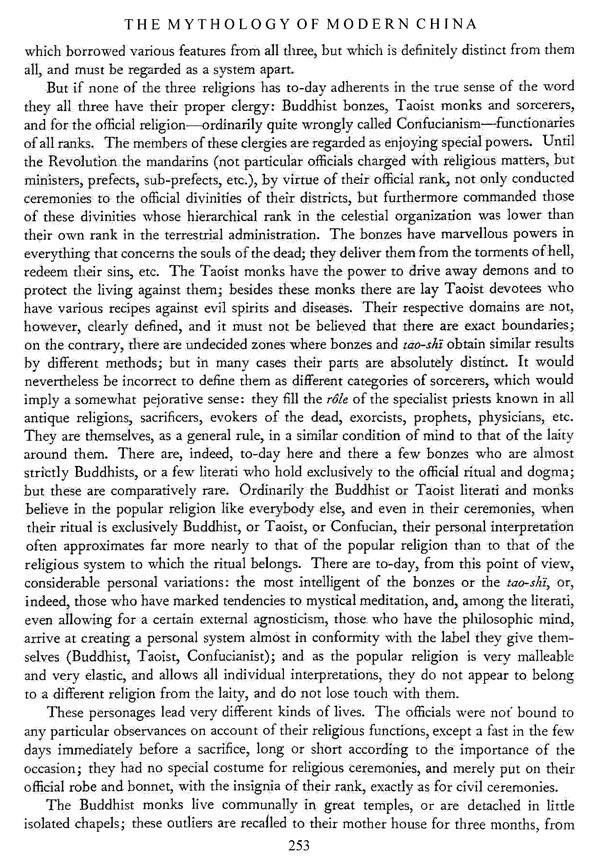 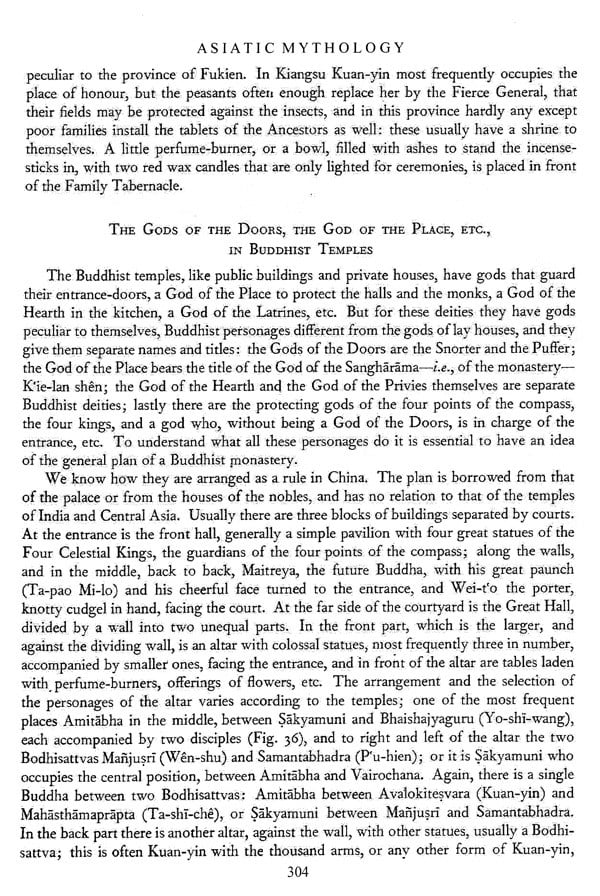 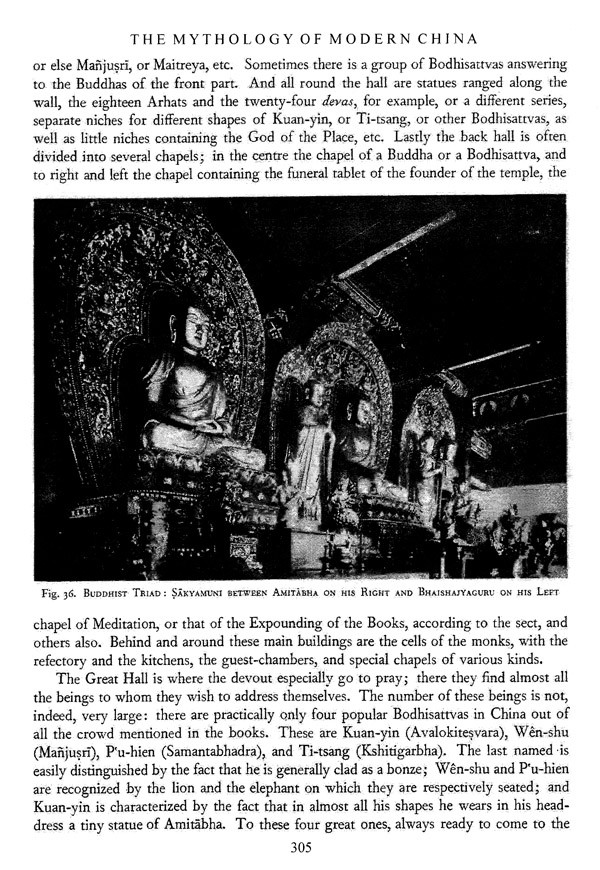 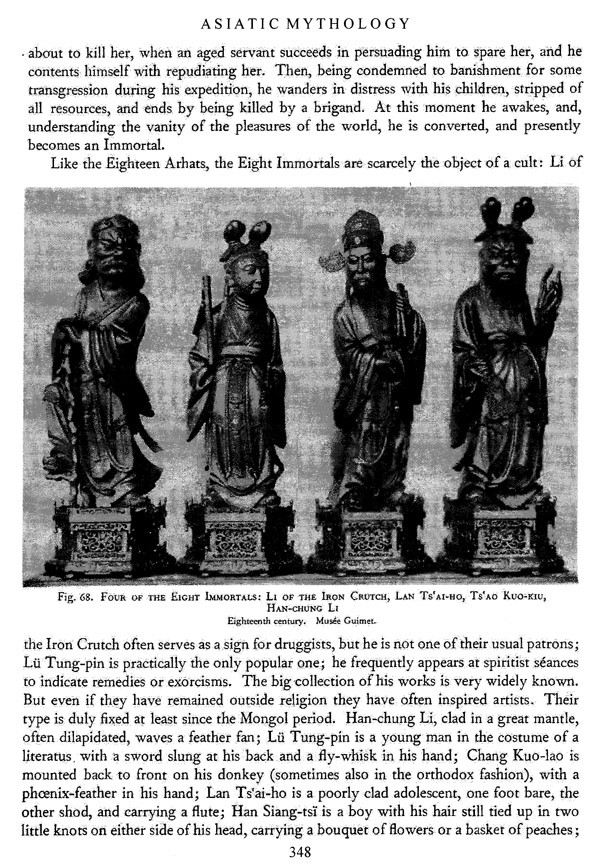 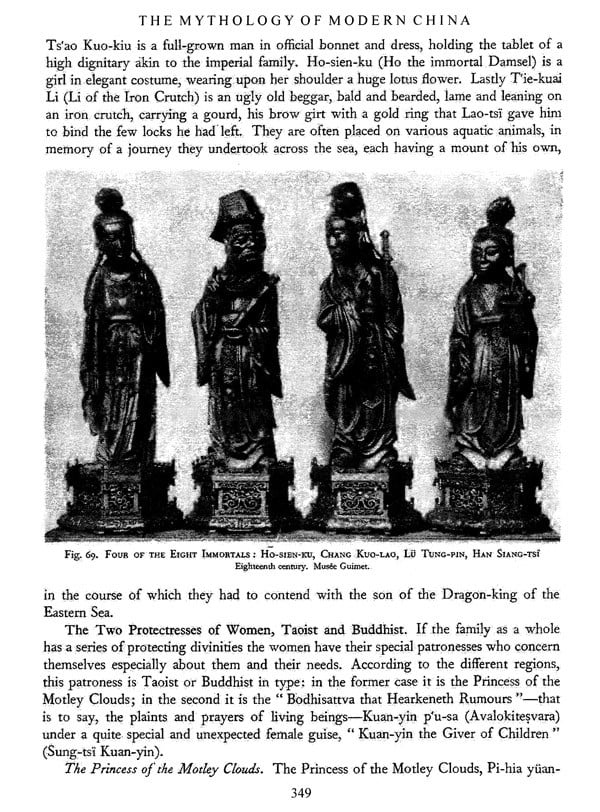