Bapi the Love of My Life 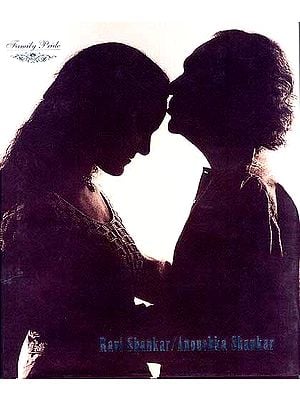 €25.50
Notify me when this item is available
Save to Wishlist Send as E-card Share by Email
From the Jacket

Bapi-The Love of My Life is a story told straight from the heart. Anoushka Shankar, inheritor of her father's musical legacy, unfolds the pages of the maestro's eventful life with an ebullient spontaneity, so characteristic of her. Intimate and seldom seen photographs from family albums, snatches from personal letters that tug at the heartstrings, anecdotal captions that arouse laughter here, pathos there.. Anoushka's honest revelation of the man who doesn't take himself too seriously is devoid of honeyed phrases and ceremonial salutations.

Uninhibited, forceful and forthright. Anoushka portrays the Child, Dancer, Student, Musician, Rock Star, Creator, Achiever, Guru, Man, Joker-the many faces that make for the larger-than-life persona of Pandit Ravi Shankar. She tells it like it is interspersed with vulnerable undertones, making the book a must-read for all those interested in human relationships.

Anoushka Shankar has already shown herself to be a unique artist with tremendous talent and understanding of the great musical tradition of India. Performing with her father, the legendary virtuoso sitarist Ravi Shankar, since the age of thirteen and embarking on a successful solo career at eighteen. She looks set to carry forward her father's legacy as a creative and influential musician, and by continuing to introduce new and younger listeners around the globe to the magic of the sitar. Anoushka first entered the recording studio at thirteen to play one track on her father's In celebration CD. Her self-titled debut was released n 1998 to tremendous critical acclaim, and was soon followed by two more solo albums. Anourag and Live at Carnegie Hall, Anoushka also conducted her father's memorable Chants of Indian at the age of fifteen, and assisted him on his grammy-winning album Full Circe, Carnegie Hall 2000.

She grew up in London, New Delhi, California, where she graduated from high school with honours and also honed her talents as a classical pianist. Writing has been a forte and a passion for her since childhood, and writing this book is a dream come true. 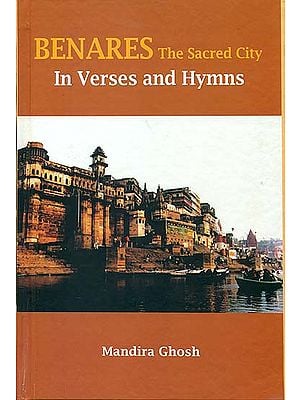 Benares The Sacred City in Verses and Hymns
By Mandira Ghosh
€17.85

Benares The Sacred City in Verses and Hymns
By Mandira Ghosh
€17.85