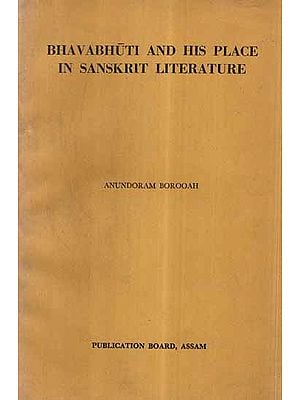 Several factors have weighed with the Publication Board, Assam, in undertaking to reprint the priceless works of the great Sanskrit scholar, Anundoram Borooah, which were first published about a hundred years ago. Our prime consideration has been the fact that Anundoram Borooah belonged to that pioneering and noble band of Indian scholars who had addressed themselves to the task of rehabilitating the glory and greatness of the Sanskrit language, Sanskrit literature and Sanskrit education. Secondly, the brilliance and profundity of the commentaries and criticisms written by him on a number of important Sanskrit books are almost without parallel in the whole range of Sanskrit literature. Thirdly, by reprinting his works we aspire to rediscover for lovers of Sanskrit all over the world a fund of literary treasures which is now almost forgotten. Finally, we do hope that our endeavour will enable present generations of Indians to become acquainted with the achievements of one of the most eminent scholars of Assam, and of the country as a whole, who died at the early age of thirty-nine.

People of today cannot but marvel at Anundoram Borooah's stupendous creative genius which found its fulfilment within the span of a short life and which refused to be bogged down in the day-to-day problems of administration that he had to tackle in the capacity of a high official in the civil service of the British Government. The short biography included in the book would help readers to have an idea of the richness and vitality of his wonderful mind. In those days few Indians could aspire to a fame that extended beyond the frontiers of the country, and this was true especially for a man belonging to this remote corner of India. But Anundoram's deep devotion to literature and his great erudition had won for him the appreciation and admiration of scholars from all over the world. The truth of this is amply borne out by the tributes which are included in the appendix of this book. Anundoram was the first graduate from Assam and the first and the only member of the Indian Civil Service from this State.

Anundoram Borooah's entire life was dedicated to literary pursuits. In fact, the story of his brief life may be said to be a story of the love and devotion which inspired his studies of Sanskrit literature. Only a few others can rival him in the zeal that he brought to bear upon his efforts to restore Sanskrit literature to its rightful pre-eminent position. The noble faith that informed his pursuit of Sanskrit literature is clearly expressed in the following words quoted from his book, Mahaviracharita: "To me, Sanskrit is dearer than any other language. Its music has charms which no words can express. Its capability of representing every form of human thought in most appropriate language is probably not rivalled, certainly not surpassed by any other language. Most touching scenes have been drawn in heart-rending words. Most noble images have been clothed in most sublime language. Most terrific pictures have been couched in terror-producing expressions; and among the foremost to elevate the language and enrich the literature of ancient India stands the name of our poet Vasyavak Kasyapa Bhavabhuti Srikantha. His plays have been all translated into English, two by more than one writer, and it can be confidently predicted that before another hundred years, they will be rendered into almost every language of civilized Europe. May we hope that with the diffusion of Sanskrit, he will be as appreciated in the farthest corners of the world as he is on the banks of the Sipra and near the ruins of Vijayanagara."

Anundoram Borooah's essay on Bhavabhati and his place in Sanskrit literature has already been incorporated in our edition of Mahaviracharita published in 1969. In the preface to Mahaviracharita, Anundoram mentions these two works as complementary to each other, although the essay was first printed in a separate edition in February, 1878, that is, a year later than the play. "Bhavabhuti and His Place in Sanskrit Literature" is, however, regarded by scholars as a work of unique distinction, as it is a pioneering effort and, at the same time, an achievement of great scholarly value in the field of literary criticism in India. Prior to this work, there was little evidence of any attempt on the part of Indian scholars to assess the merit of Sanskrit writers and their works on the basis of well-defined literary principles. Judging from this point of view, Anundoram's "Bhavabhuti and His Place in Sanskrit Literature" may be said to have set up a new tradition leading to more enlightened understanding and better appreciation of the Sanskrit writers and their works. We have, therefore, thought it desirable that the essay should be made available to the reading public in a separate edition.

Anundoram's original genius as a Sanskrit scholar and his interest in the fundamentals of literary creation are seen to the best advantage in this work. His conclusions about the date of Bhavabhuti formulated on the basis of evidence drawn from the Ramaic plays of different authors and other sources, and his views on the art of Bhavabhuti expounded through an elaborate study and critical analysis of the poet's dramatic works have invested this treatise with an authority which. has been unhesitatingly acknowledged by succeeding generations of critics and scholars. 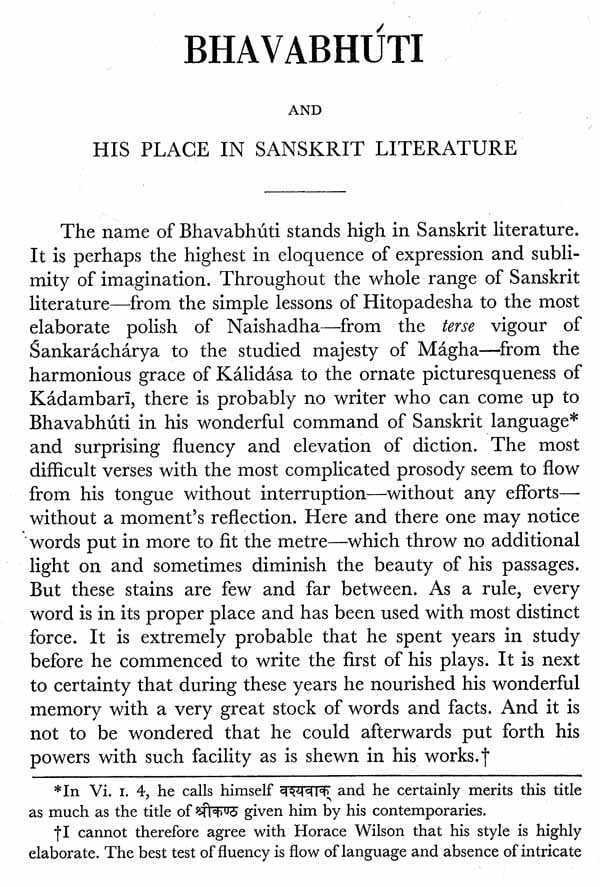 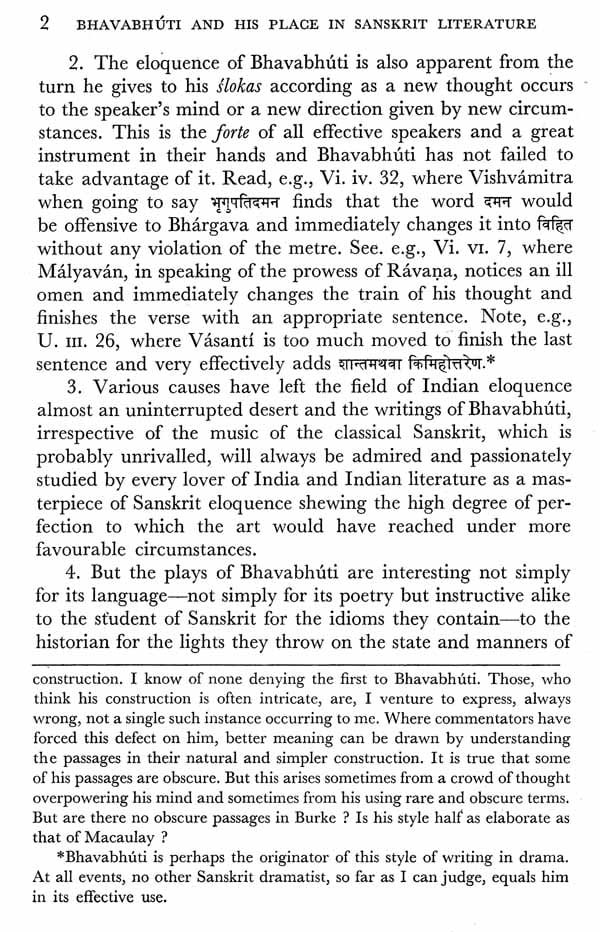 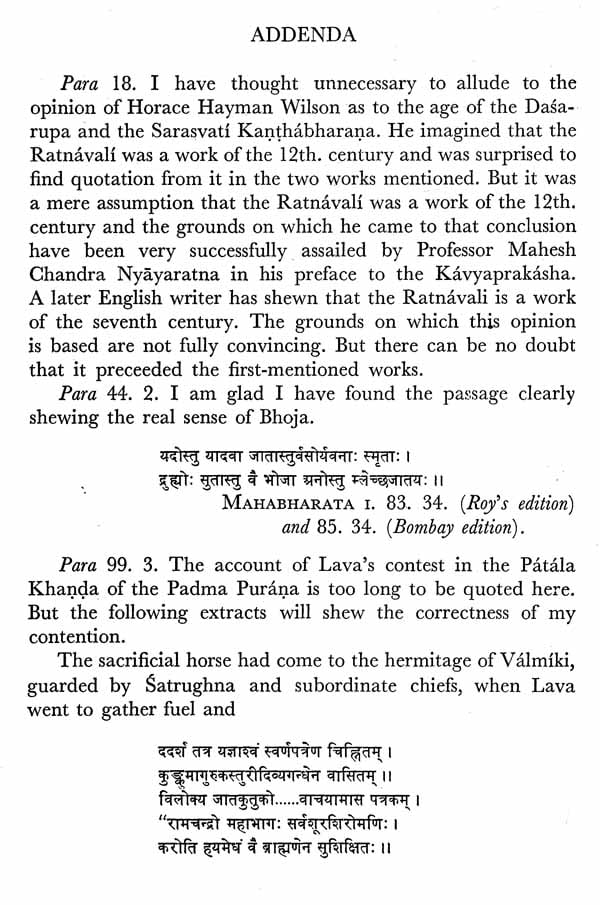 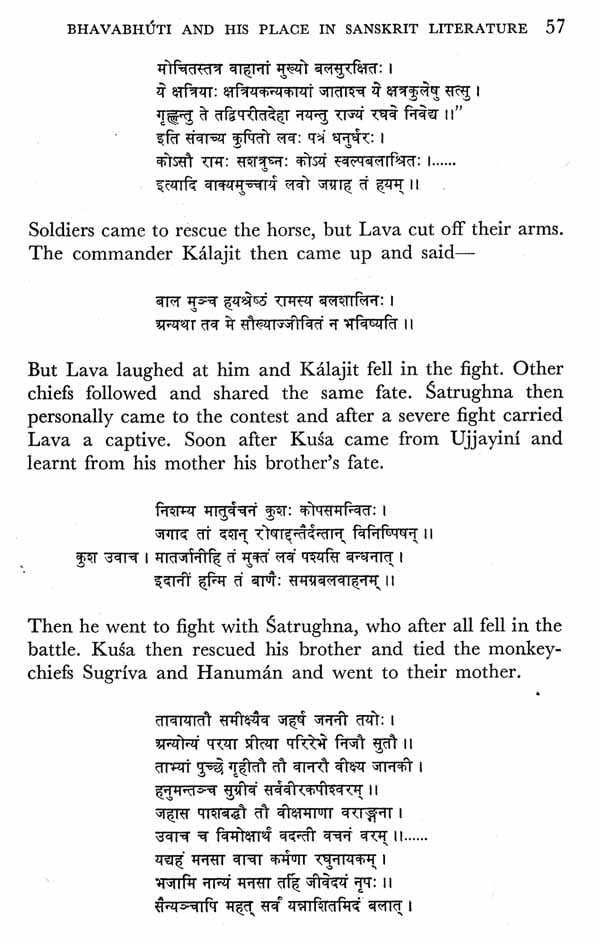 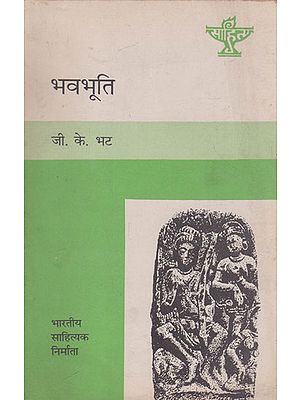 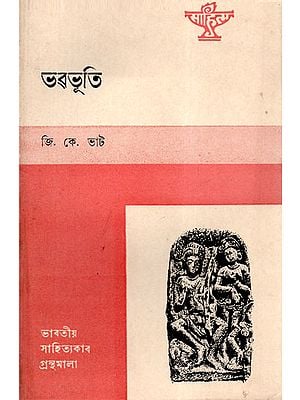 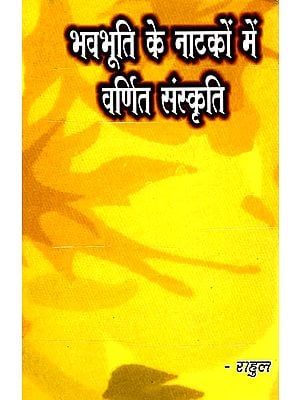 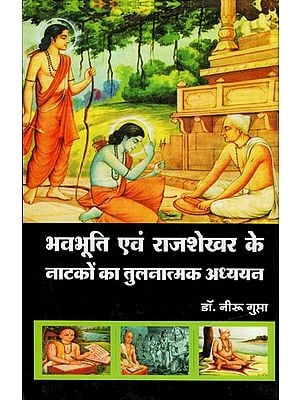 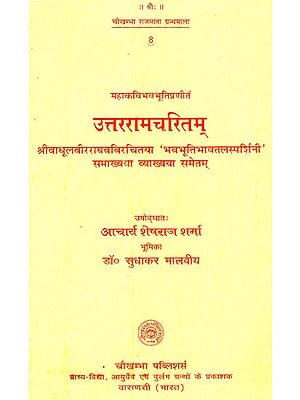 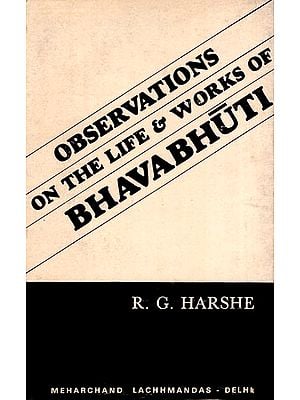 Observations on the Life & Works of Bhavabhuti (An Old and Rare Book)
By R. G. Harshe
$17 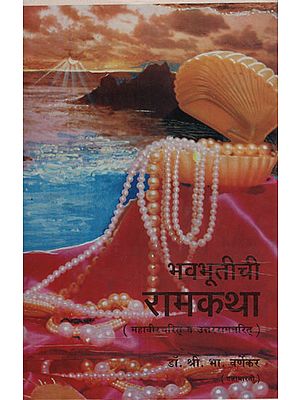 The Tragicomedies of Shakespeare, Kalidasa and Bhavabhuti (An old and Rare Book)
By P.B Acharya
$36
FREE Delivery 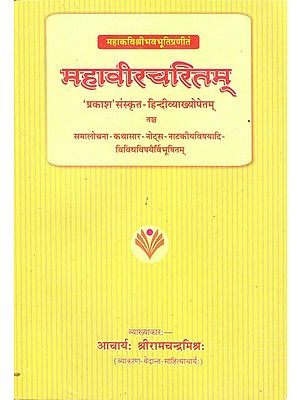 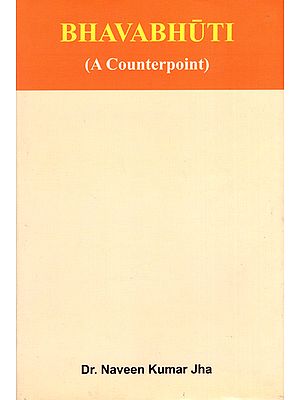 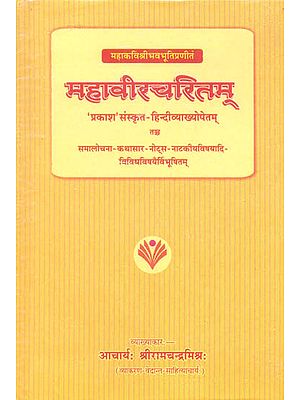 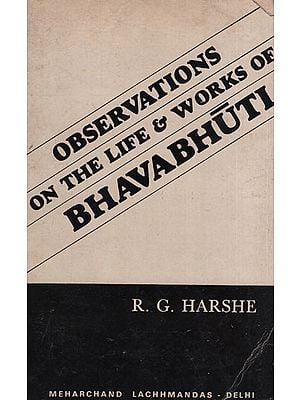 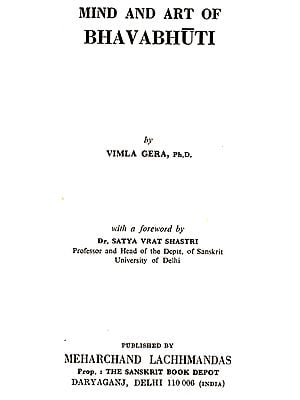 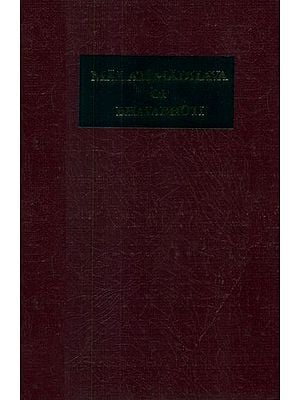 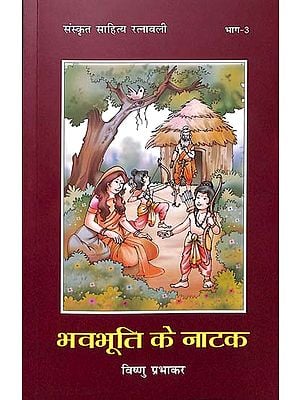