Bhavni Bhavai (A Folk Tale): A Film By Ketan Mehta 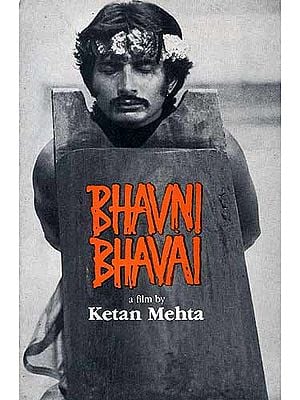 $12.50
Notify me when this item is available
Save to Wishlist Send as E-card Share by Email
From the Jacket:

Set in a part of India often the scene of bloody caste wars, Bhavni Bhavai retells a folk tale that combines palace intrigue, sylvan romance, caste oppression and the revolt of the lower castes against the higher, in a hilariously disturbing style that draws on Brecht, the Asterix comics, and the Bhavai, a popular traditional folk theatre form of the region. In his making of the film, Ketan Mehta, trained at the Film and Television Institute of India, 'was searching for a kind of form which was not completely geared towards providing catharsis, one that left scope for putting forth ideas and triggering off more ideas, and placing questions before the spectators, instead of satisfying them with a given "destiny" that provided no sense of discovery to them'.