FREE Delivery
$31
Quantity
Ships in 1-3 days
Notify me when this item is available
About the Author
Gustav Roth was born on 22nd January, 1916 in Breslau, Silesia/ Germany, as the eldest son of Kurt Roth, an architect. In 1926-35 he attended Koenig-Wilhelms-Gymansium where he learned Latin, Greek, English and French. After the final examinations, he underwent two years of training in the German army. In 1937-39, he studied Sanskrit under Prof. P. Thieme, New Persan under 0. Spiess, Russian under Prof. Gruenenthal, and History of Art under D. Frey in the Friedrich-Wilhelms-Universities at Breslau. In 1939-40, his studies were continued in Universities Leipzig under Prof. F. Weller (Ideology, Tibetan, H. Junker (Pianistic), Th. Hater (History of Art), and Prof. Schweitzer (Archaeology). In 1941, he was again called to the army where he was trained as an interpreter in New Persan by Dr. H. Boer and in Hindustani 4 by Prof. P. Thieme, in an interpreter unit in Meissen.

On 31st July, 1952, Roth passed the PhD. examination in Indologie-Iranistik and Kunstgeschichte (History of Art) by presenting his thesis on 'Mani-Hate-eight chapter of the Nayadhamma-kahao in the sixth Amiga of savetambara Jaina Canon (Edited, translated and annotated in German), published Wiesbaden 1983.

Roth was entrusted with the Edition of the Bhiktsuur-Vinaya of the Arya Mahasainghika-Lokottaravadin, which was published by the K.P. Jayaswal Research Institute, Patna in 1970. He was appointed as Director of Siri Nava Nalanda Mahavihara by the State Government of Bihar in February, 1982 where he continued till April 1985.

At present, Gustav Roth, an independent writer and research worker, is living with his wife Helga Torh at his village home, Brandenburger Str. 12, D-37120 Bovenden-Lenglern, near Gottingen in Germany.

Preface
In the following pages, the .Hinayana Buddhist text called Bhilciruni-Vinaya "Disciplinary Code for Nuris" of the Arya-Mahasamghika-Lokottara-vadin (Ma-L), edited for the .first time, is presented. The edition is based on a photo-copy of a complete palm-leaf manuscript written in Proto-Bengali-cum-Maithili characters of_the I lth-12th centuries A. D. which was brought from Tibet to India among many other manuscript materials by Tripitakacarya Sri Rahula Sinkrtyayana and deposited with the Bihar Research Society in Patna during the years 1935-1938. It is for the first time, due to Rahula-jib’s important discovery, that Sections of the M5.-L Vinaya are available in their Indian versions. Previously, only the MahAsalnghika Vinaya from Fuchsine’s Chinese translation was known.

After I had joined the Department of Ancient Indian History and Culture at Patna University on the Indo-German-Industrial Co-operation-Scheme Scholarship, Dr. A. S. Alticor invited me to assist in reading the photo-copied MSS which had come from Tibet. Under his learned guidance I was fortunate to be able to read and study a good number of these MSS in the years 1953-56 at Patna. I was also bene-fitted to a large extent by the great experience in reading Proto-Maithili MSS which Pt. Baladeba Migra, decipherer of the K. P. Jayaswal Research Institute in Patna, possesses. He prepared the first tentative copy of the Bhilouni-Vinaya in Nagari characters which I was permitted to use as reference. When I moved to Calcutta end of 1956, Dr. Gaurinath gastri, Principal of the Government Sanskrit College at Calcutta, put his learned good self and his Institute in a very friendly and most encouraging atmosphere at my disposal. During the vacations in Simla, my good friend Si is Gang Daft Sharma copied valuable manuscript material in a very accurate manner for me which I needed in connection with this work. When I left India in January 1959 Dr. A. S. Alticor allowed me to take the photographic copies of the Manu-script (HS) of the BhilounI-Vinaya with me, in order to prepare a critical and annotated edition of it on behalf of the K. P. Jayaswal Research Institute in Patna. I take this opportunity to express my gratitude to the Bihar Research Society and to the K. P. Jayaswal Re-. search Institute which graciously provided me with all their photographic MSS materials connected with the different sections of the Vinaya of the Mahasamghika-Lokottaravadin.

After I had returned to Germany in April 1959, the work under-taken was Well furthered by Professor Dr. E. Waldschmidt, Indologis-ches Seminar, Gottingen University. On his invitation, Dr. Akira Hirakawa came to Gottingen from the Kyoto University of Tokyo. Together we were able to compare corresponding passages of our text and of Fuchsine’s Chinese translation of the Mahasamghika Vinaya.

A. Hirakawa is preparing an English translation of the corresponding portions of this Chinese version on behalf of the K. P. Jayas-wal Research Institute.

In the years 1961-63 the Deutsche Forschungsgetneinschaft -granted a scholarship for the purpose of editing the Bhiksuni-Vinaya of the Mahasamghika-LokottaravAdin. This grant enabled me to devote fully my time to the present work.

Thanks to the broad-minded understanding of the K. P. Jayaswal Research Institute, I am able to present the text in Roman characters because of the specific- linguistic conditions of the text under discussion. The language is the quasi-Prakrit-cum-Sanskrit of the Mahasamghika-Lokottaravidin.

Professor Dr. S. H. Askari kindly made the Bhiksu Pratimoksa-Satra (Ma.-12 MS accessible to me through the courtesy of the K. P. Jayaswal Research Institute . The reader will find quotations of it in the notes whenever a reference is made to it in our text.

It is a matter of great regret that the completed work cannot be laid down at the feet of the late Dr. A. S. Alticor to whom this book is dedicated.

I can only return now to those who continue to further the cause of my labor. My heartfelt thanks go to Professor Waldschmidt, to Professor K. K. Datta, and to Professor S. H. Askari who very kind);y made arrangements for the book to be printed by Sanjivan Press, Dighl-Ghat, Patna. Appreciatively I remember the fruitful discussions which I had with Dr. Valentine Rosen-Scathe and Dr. Biswadeb Mukherjee on the subject at Indologisches Seminar in Gottingen. W. Clawiter helped me with his experience regarding technical matters of printing and composition. I also thoroughly enjoyed the good advice and encouragement of Professor Alsdorf when we met in Patna, of my friends D. Seyfort-Ruegg, H. Bechert with whom I work together in Indologisches Seminar of Gottingen University at present, of Wilhelm Rau, Karl Hoffmann, and Franz Bernhard.

In the hard work of proof reading, I enjoyed the kind help of my dear friend Professor Debidas Chatteijee of Patna University and of Sri 115jendra Prasad and Pandit Jagadiivara Pandey of the K. P. Jayaswal Research Institute.. Sri Rajendra Prasad was of great help to me particularly during the period of February-March 1969, and August-September 1970 which I spent in Patna in connection with the printing of this publication.

Many thanks I owe to Dr. B. P. Sinha who gave his kindhearted protection and encouragement to the work after he had taken over office from Dr. S. H. Askari. I was very much benefitted when I was reading under him Ancient Indian History in the Department of Ancient Indian History and Culture at Patna University, in the years 1953 and 1954.

In this connection my gratitude is to be pronounced to the Go-vernment of India, who, by granting a Government of India scholar-ship to me for the years 1953-1955 enabled me to continue my studies period that I enjoyed the kindhearted benevolence of His Excellency Sri R. R. Divakar, the then Governor of Bihar.

I will never forget the keen interest and great help which I had during these years from His Excellency the then German Ambassador Prof. Dr. E. W. Meyer.

Again my gratitude turns to the Deutsche Forschungsgemeinschaft which subsidised my journey to Patna during February-March 1969, enabling me to work with the press when printing started.

Special thanks must be accorded to the Sanjivan Press, in Patna (Digha Ghat) under Father R. P. Sah, S. J., Brother B. Karpinski S. J. and to the skilled workmen of the Press who have taken over the difficult task of printing this book.

At the end of this work, I gratefully remember my old teachers Prof. Dr. Paul Thieme in Tubingen, and Prof. Dr. Friedrich Weller in Leipzig. 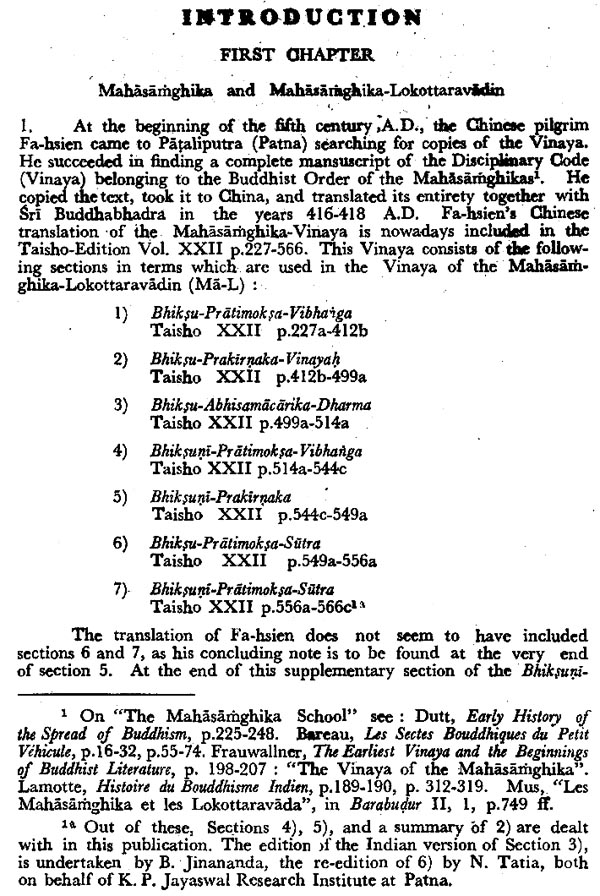 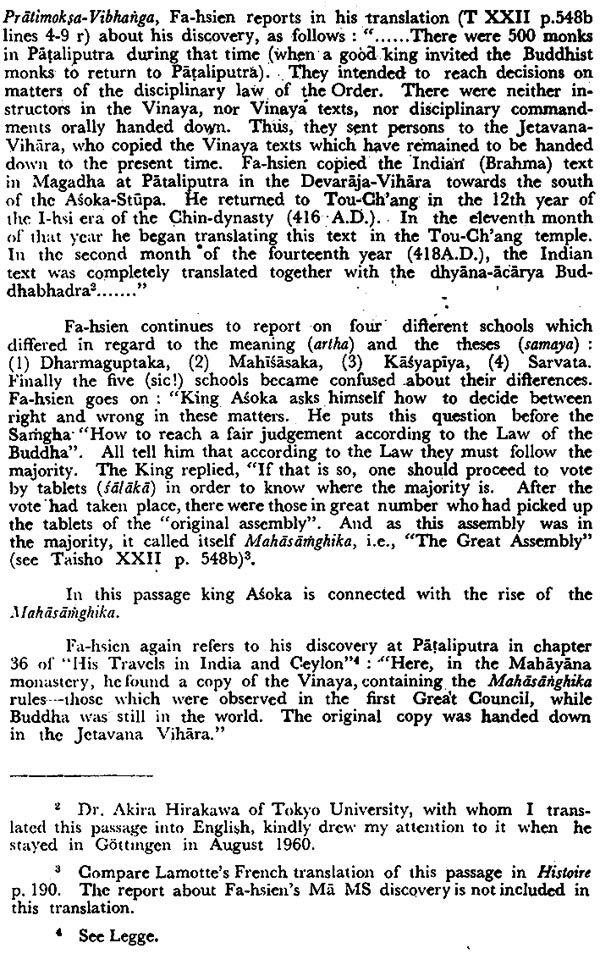 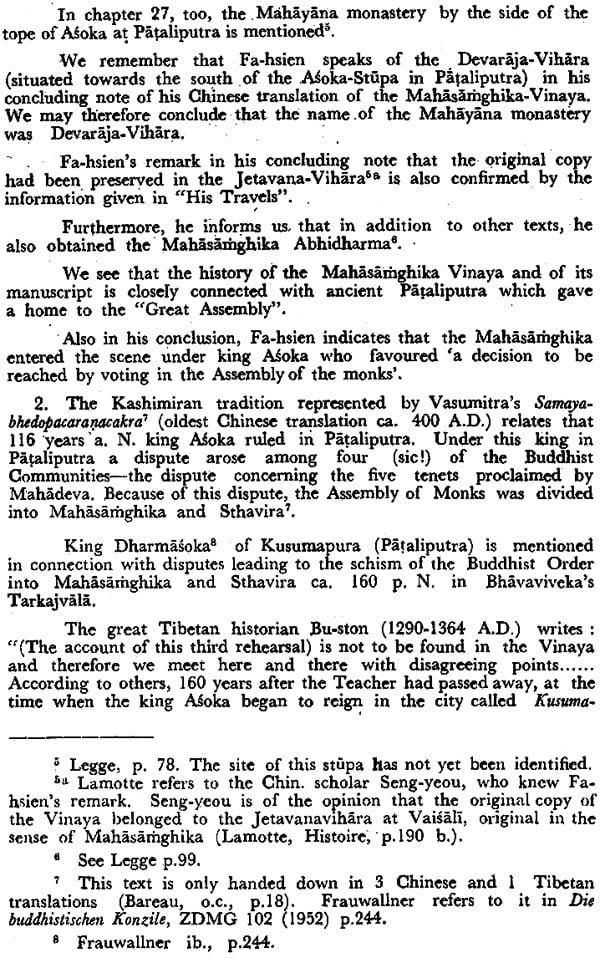 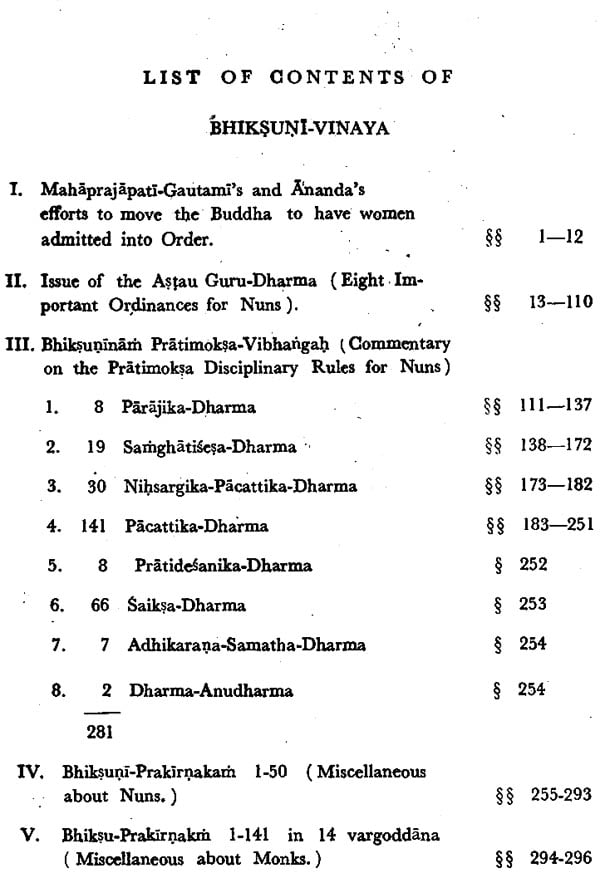 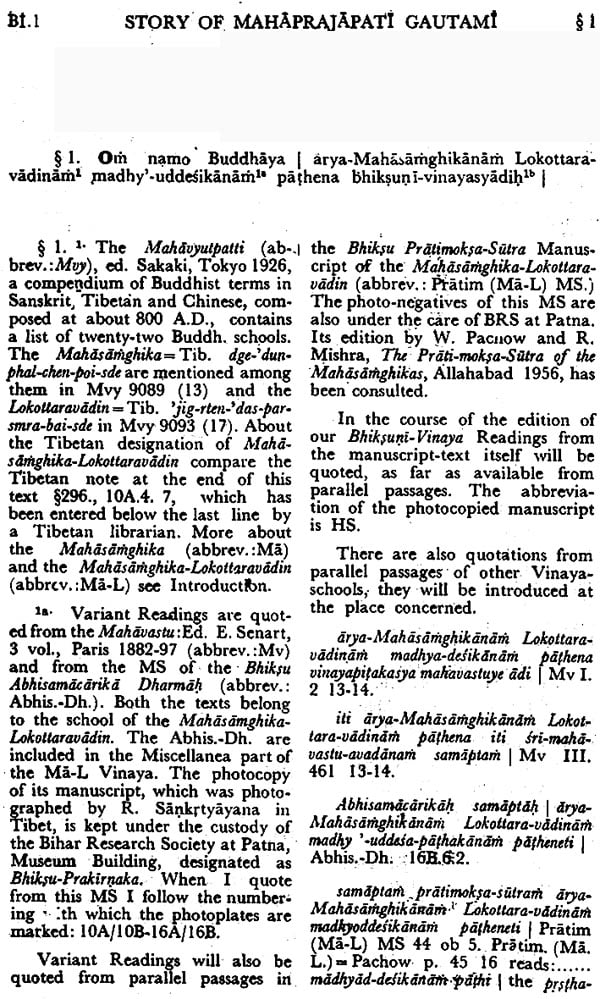 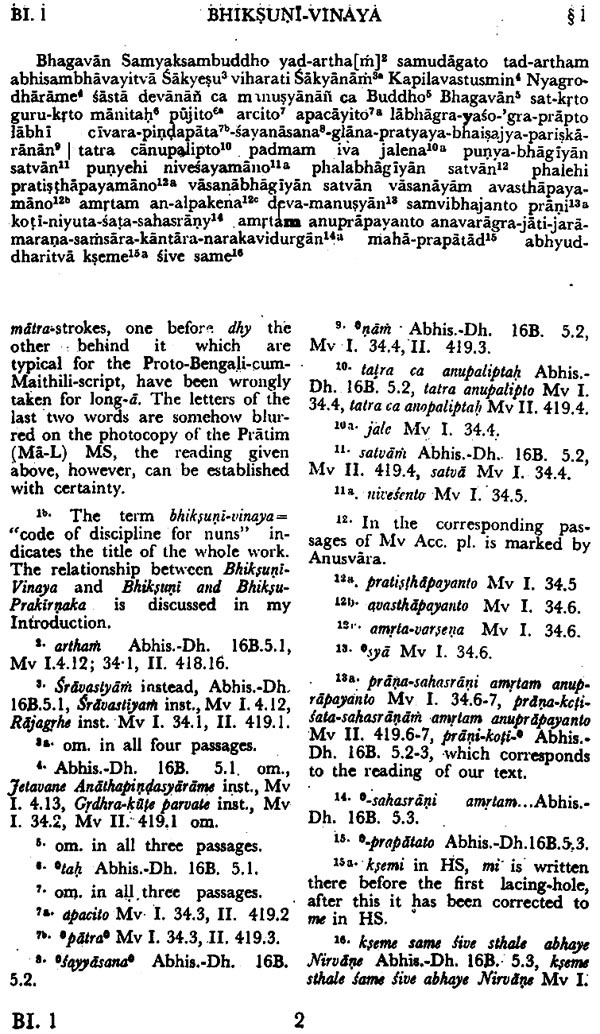 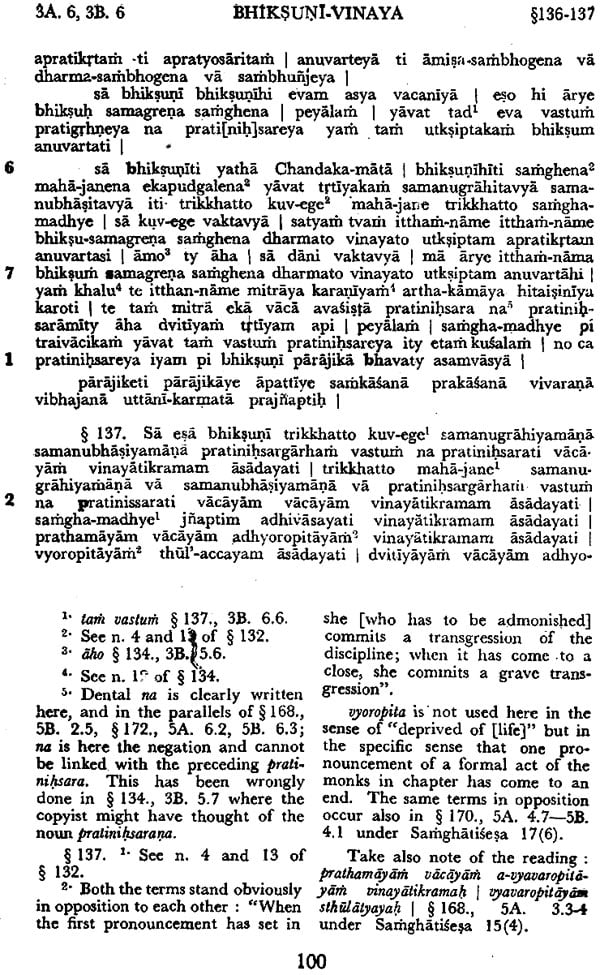 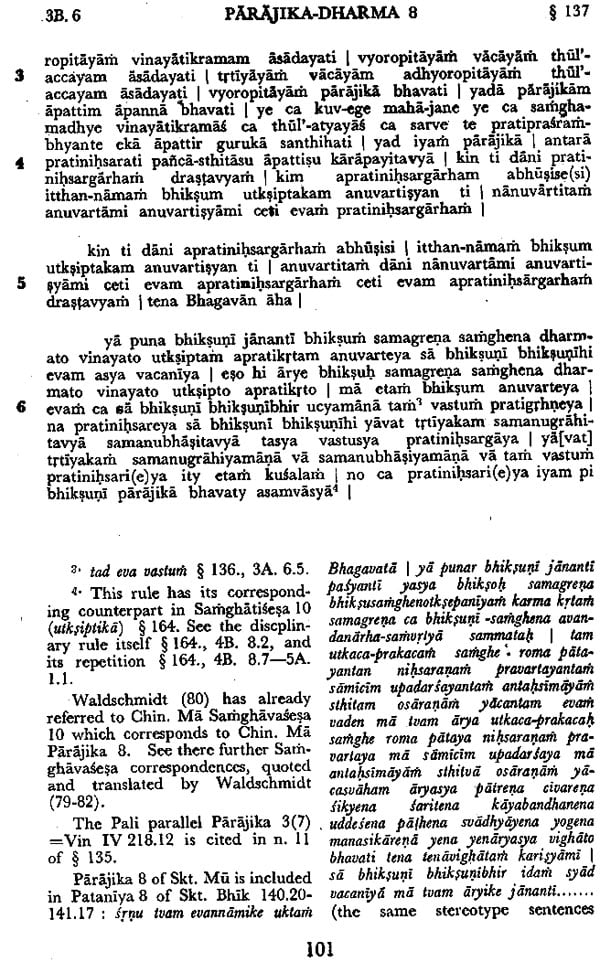 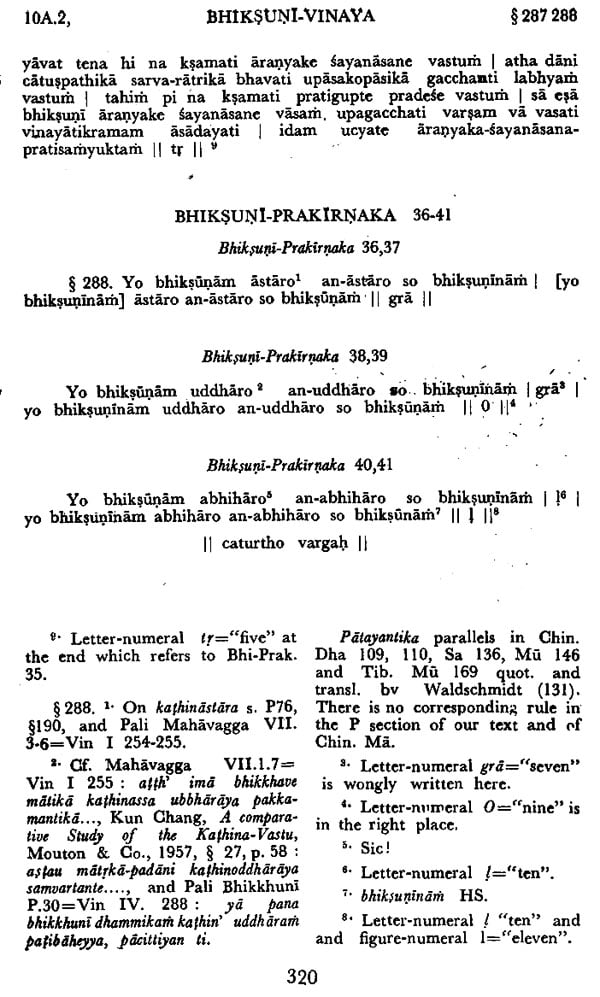 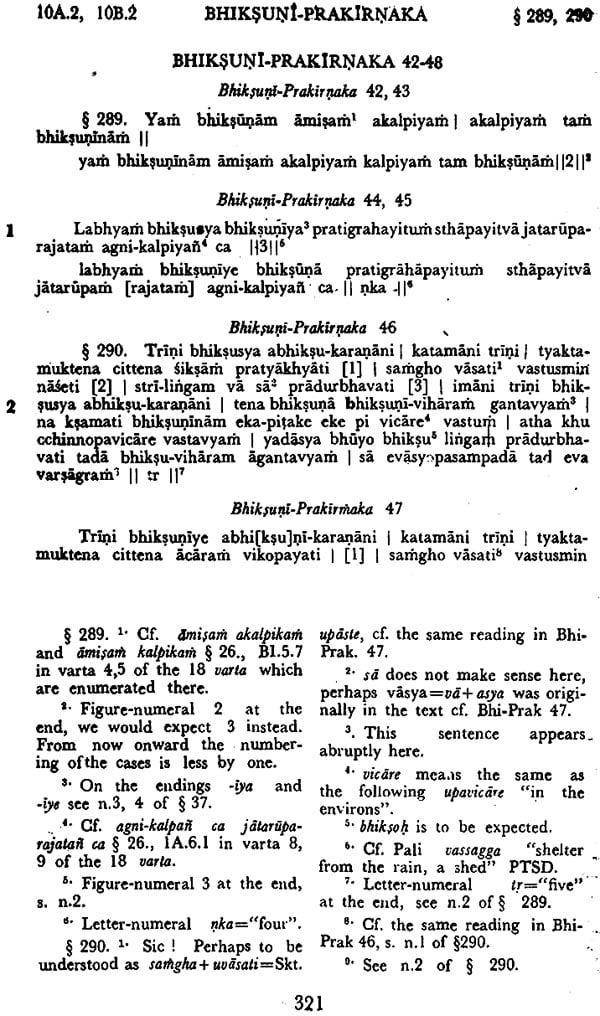 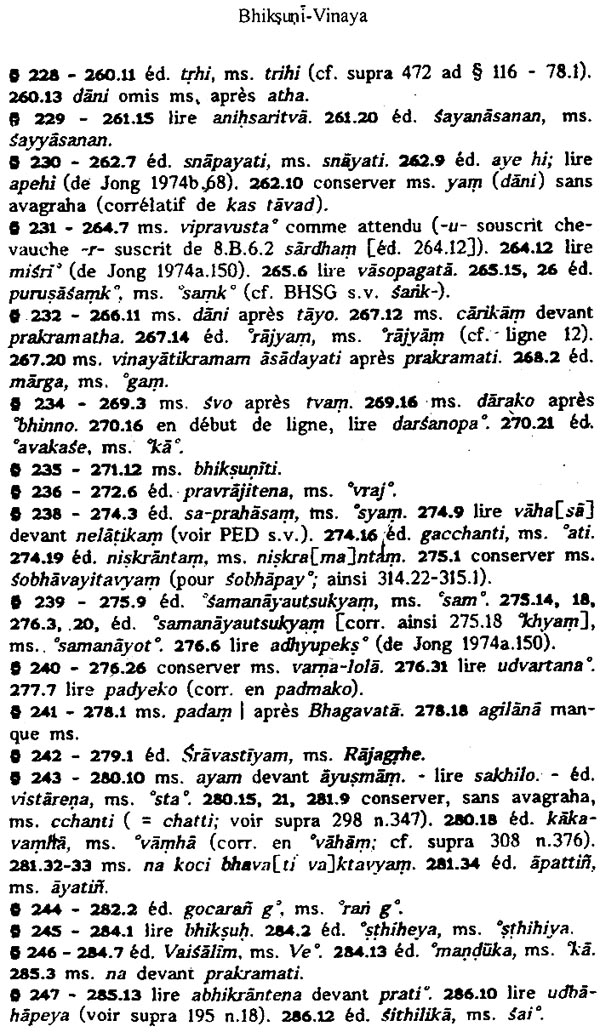 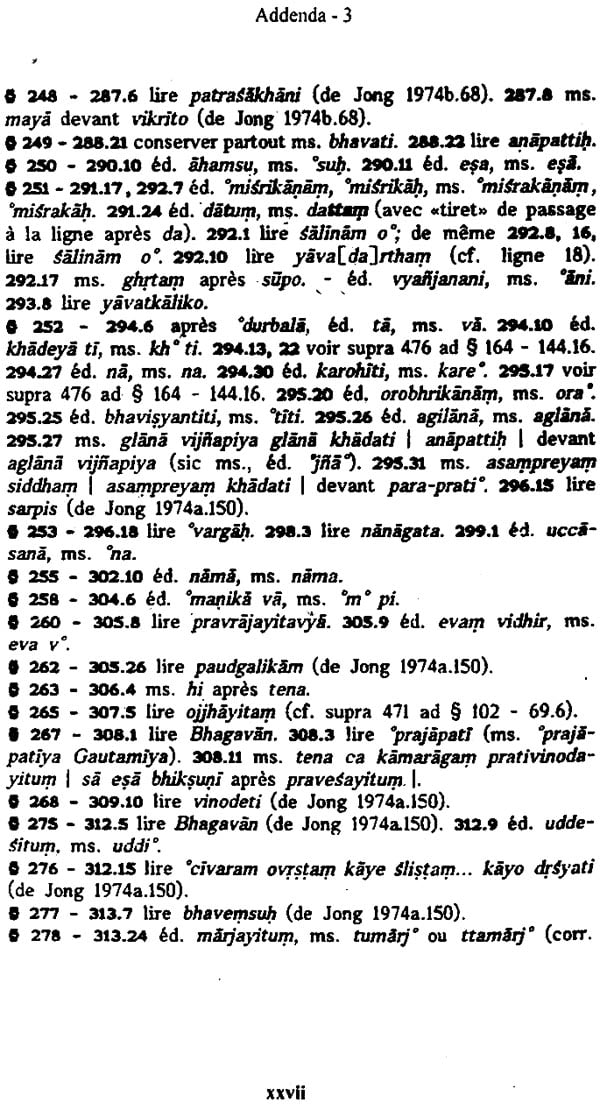