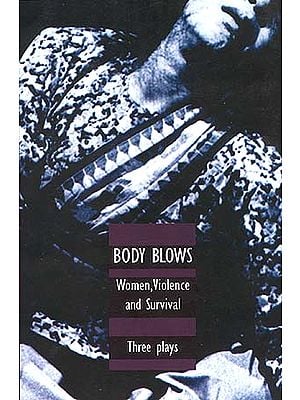 Women face violence in many aspects of their daily lives, from total strangers on the street who view them as sexual objects, from members of the family, from a society which assigns them a lower than men. This violence is multifaceted: not merely physical, it is more often mental and emotional, subtle and indirect, often insidious and hard to recognize, presented, as it usually is, in the guise of respect, idealization, concern, protectiveness or passion. The effects of violence on a women's psyche are deeply complex, hard to understand and even more difficult to overcome.

The women playwrights in this volume focus on all these various kinds of violence and abuse that women face. Sensitive, nuanced texts, together these plays make up a powerful volume focusing on one of the most important and problematic issues of our society.

In Light out, the daily mystery of heart-rending screams from a woman in obvious pain destroys the fabric of domesticity of a middle-class couple, divided in their response to her anguish. As the play unfolds, one begins to realize that she is not the woman coping with abuse. Getting Away with Murder follows three friends through their own private hells, as they deal with childhood sexual abuse, infidelity and insecure relationships, to emerge as stronger women at the end of it. Mangalam shows how abuse and violence span the generations, remaining a constant even though society moves towards 'modernity'.

Dina Mehta is a playwright, novelist and editor based in Mumbai. She has written several award-winning plays.

Manjula Padmanabhan is a writer and cartoonist living in Delhi. She has several publications to her credit.

Poile Sengupta, based in Bangalore, has been a teacher, writer for children, poet, columnist and playwright.

C.S. Lakshmi, or Ambai, as she is widely known, is a leading Tamil fiction writer and activist on women's issues.