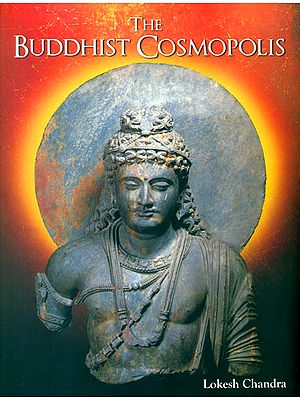 $125.00
Notify me when this item is available
Save to Wishlist Send as E-card Share by Email
About the Book

This book is a study of various aspects of Buddhism in its evolution and decimation in India, Afghanistan, Central Asia, China, Japan and SE Asia, besides the general threat to cultural sovereignty and Values in their erosion by globalism and as weeping technocratism.

Constant development and qualitative changes in iconography leading to the rise of royal attributes in the bejeweled Buddha images. Comparative archaeology of the Buddhist cosmopolis to explain regional variations, intemalisation and innovation in Buddhist art, mandalas of Vairocana and Trika Saivism of Kashmir, are followed by a new interpretation of the genesis, expansion and trans-Indian contacts of the three major Buddhist universities of Nalanda Vikramasila and Vidisagiri (modern Sanchi).

Beginning with Bamiyan to Sanskrit on the Silk Route, Khotanese panels, naya mandala in Khotanese verses identifier with the help of the living practice in Japan, and Sasanian objects in the Shoso-in are related as the dynamics of the historic role of Buddhism to bring nations together.

The cultural space of Tibetan commencing with the translation of Sanskrit sutras, the correct name of Atisa, the Kashmiri icons at the Hemis monastery, the beginning Scientific Tibetology by Ko rosi, and the studies of George Roerich as a catalyst to Tibetan researches in India are detailed herein.

Quadrilingual corpus of more than 10,000 Sanskrit mantras from the Chinese Tripitaka, the Cheena Bhavan at Santini ketan for the study of Chinese Buddhism in India, Sino centrism and chairman Mao are discussed. A Japanese xylograph of the Sanskrit text of the Sukhavati-Vyuha with interlinear Chinese meanings has been re produced at the end of the book.

Chapters on Cambodia, Champa in the global vision of Classical India, and the Marine Silk Route or K'un-lun and the lighthouse of King Mulavarman open new perspectives on this important region.

General problems of culture in an overwhelming world order of economic globalism and dogmatic anti-liberalism are discussed in a positive presentation of life and transcendence, values and action, and cultural disintegration by technocratic imperialism.

Prof. Lokesh Chandra is currently the Director of the International Academy of Indian Culture which is a premier research institution for Asian cultures. He has been a Vice-President of the Indian Council for Cultural Relations (lCCR) and Chairman of the Indian Council of Historical Research. He is a well-known historian and a renowned scholar of Tibetan, Mongolian and Sino-Japanese Buddhism. He has also served as a member of the Indian Parliament. In 2006 he was recognized with India's Padma Bhushan award.

He is the son of the world-renowned scholar of Oriental Studies and Linguistics Prof. Raghu Vira. He was born in 1927, obtained his Master's degree in 1947 from the Punjab University at Lahore, and followed it with a Doctorate in Literature and Philosophy from the State University of Utrecht (Netherlands) in 1950. Starting with an understanding of the most ancient of India's spiritual expression enshrined in the Vedic tradition, he has moved on to the interlocution between India, Tibet, Mongolia, China, Korea, Japan, South East Asia, and the Indo-European languages. He has studied over twenty languages of the world. He has to his credit 595 works and text editions.

This volume brings together my new scripta minora. It begins with the royal attributes of Sakyamuni, traditionally termed his representation in sambhogakaya. From a ksatriya prince to ascetic Sakyamuni, to Sakyasimha, and the gradual addition of more royal insignia to the Buddha are explained in the opening chapter. The second chapter deals with the comparative archaeology of the Buddhist heritage of sculptures, paintings and structures, in its immense spread over Asian lands. Each region can shed new light on the exhumed antiques, standing ruins and living traditions of other regions and solve problems that defy interpretation when considered in geographical isolation. The etymology of Suddhodana in the Chinese and Tibetan translations as 'Precious Rice' or 'Pure Rice' has been reconsidered. The vanquishment of Mara by Lord Buddha parallels the burning of Smara (Cupid) by Lord Siva. Apalala the nagaraja had to be suppressed for Buddhism to prevail in the Udyana (Swat) area. He was Apollo the god of the Greeks who had to be subdued with the help of his father Zeus who accompanies the Buddha as Vajrapani (p.30). The fourth chapter on internalisation and innovation in Buddhist art was written for a symposium in Ulanude, Buryatia (p.32). The Buryats speak of their country as the Land of Vajrapani and hence its accent on the evolution of the art and cult of Vajrapani. The fifth chapter is a prologue to Sung Min Kim's forthcoming book in which she interprets the Buddhist mandalas in the light of Trika Saivism of Kashmir. The interaction of different Indian philosophical schools was a constant phenomenon. Tibetan systems were being suffused with Saiva elements, howsoever, infinitessimal. The sixth chapter brings out for the first time importance of the monastic complex of Sanchi as a major centre of Theravada learning, Pali grammar and textual exegesis, from the third century BC to the twelfth century AC. It had a longer span of academic life than Nalanda and deserves detailed study by the upcoming university (p.51). The seventh chapter discusses the genesis of Nalanda as emanating from ekayana of the Lotus Sutra, at the instance of monk Rajavamsa from TranaGandhara by the Gupta emperor Sakraditya alias Kumaragupta. The eighth chapter, is devoted to the Vikramasila University a prime seat of Vajrayana, and its contributions to Tibetan Buddhism (p.60).

Lajja-Gauri, a breast-touching goddess and other votive goddesses are the theme of Dr. Seema Bawa's book. In the foreword I have suggested a change of nomenclature as well as a reconsideration of their crucial role to fulfill the need of a higher population to meet the demands of development (p.66). The tenth chapter is a short note on the Himalayas as the ascent of the mind and as a shelter when kingdoms were drenched in blood (p.68). Sanskrit vis-a-vis European languages, its westward spread as evidenced by hydronymy and Vedic deities in West Asia in the second millenium BC, and as the inspiration of the Buddhist cosmopolis are discussed at length in chapter 12 (p.71). Romany the language of the gypsies of Europe (p.101), mandala of Durga (p.I06), Bamiyan as the jewel of Afghanistan's glory but now a haunting silence (p.109) are visions of time in its ruthless march.

Silk Route was more of a Sutra Route studded with Buddhist monasteries where Sanskrit scriptures and philosophical studies dominated. Chinese sought the original texts of Dharma on this international highway (ch.16, p.113). The next chapter outlines the fragments of Sanskrit texts found here, beginning with the grand vision of Asoka who laid the foundations of this cultural flow by sending his son and ministers to Khotan. The Turks, Sogdians, Yueh-chihs, Parthians, Khotanese, Kucheans and people of the Turfan oases were outstanding men of Buddhist letters whose contributions are alive in the East Asian lands (p.115). Chapter 18 identifies anew two wooden panels from Khotan as belonging to the Zoroastrian and to the Avatamsaka traditions (p.130). Travels of Mrs. Sunita Dwivedi to western Central Asia and its Buddhist heritage are amplified in ch.19 (p.137). The close nexus of Sasanian Iran with India, its end after a rule of 427 years, its indelible mark on the life of T' ang China, and exotic Persian objects preserved in the Shoso-in repository of 8th century Japan are a glimpse of centuries throbbing with international contacts (p.149). The naya-mandala in the Khotanese verses of Kim-san has been identified from Japanese sources where it is a living tradition to this day (p.159).

The beginning of Indo-Tibetan contacts during the reign of Emperor Lha.tho.tho.ri in 373 AC with the Gupta Emperor Samudragupta were crowned by the establishment of the Commission for Translation under .Emperor Khri.lde.sron.brtsan in 814 AC which laid down the principles for the rendering of Sanskrit into Tibetan. This became the foundation of the immense corpus of Tibetan literary creativity (p.163). The correct name of Atisa has been discussed from the colophons of his works (p.171). The Hemis monastery with its treasure of Kashmiri bronzes (p.177) and the foundation of Tibetology by Korosi Csoma Sandor and its impact on the study of East Asian Buddhist texts are the theme of chapters 24 and 25 (p.179). The Tibetan studies of George Roerich and the esoteric shimmer of Shambhala in the poetic writings of his father Nicholas Roerich (p.185) have been an inspiration to India to understand the rich heritage of Tibet. They have been waves of our consciousness to view Tibet as the profound depths of the mind in a clearly defined sovereignty of its own as distinct from that of China, in the Samye debate.

Emperor Ch’ ien-lung had all the 10402 Sanskrit dharani-mantras, which had been transcribed into Chinese over centuries, collected in a quadri-lingual corpus of 80 fasciculi for the 80th birthday of his mother. Chapter 27 details this imperial project to comprehend the Sanskrit heritage of China alas! the last one in the classical tradition (p.20l). Prof. Tan Yunshan established the Cheena Bhavan in Santiniketan and presented sets of the Chinese Tripitaka to four Indian institutions to promote the study of Chinese Buddhism (p.2l6). The next chapter 29 relates the sinocentrism of Chairman Mao (written by me in Nov 1965) with his dictum: "thunder in the East, strike in the West" (p.22l). The Sanskrit text of the Sukhavati-vyuha with Chinese meanings of words on the left side, and pronunciation in katakana on the left has been reproduced on pages 303-380 from a Japanese xylograph. Cambodia the only country with the name of a sage, the only known SE Asian lighthouse (akasadipa) of King Mulavarman, and Champa in the global vision of Classical India (ch.3l-33) pertain to SE Asia.

While it is a collection of researches on specific points of the art, literature and archaeology of Buddhism and Sanskrit in Central Asia, China, Japan, Tibet and SE Asia, it closes with the contemporary cultural scene across continents. General problems of culture in the contemporary consumerist ambience have been discussed as life and transcendence, cultural erosion by technocratic imperialism, the dominance of English as the twilight of European cultures, cultural sovereignty as an emerging paradigm and India's role in the inception of a new Western world-view. Amidst the turbulent waves of aggressive globalisation, the autonomy of cultures whispers in silence. 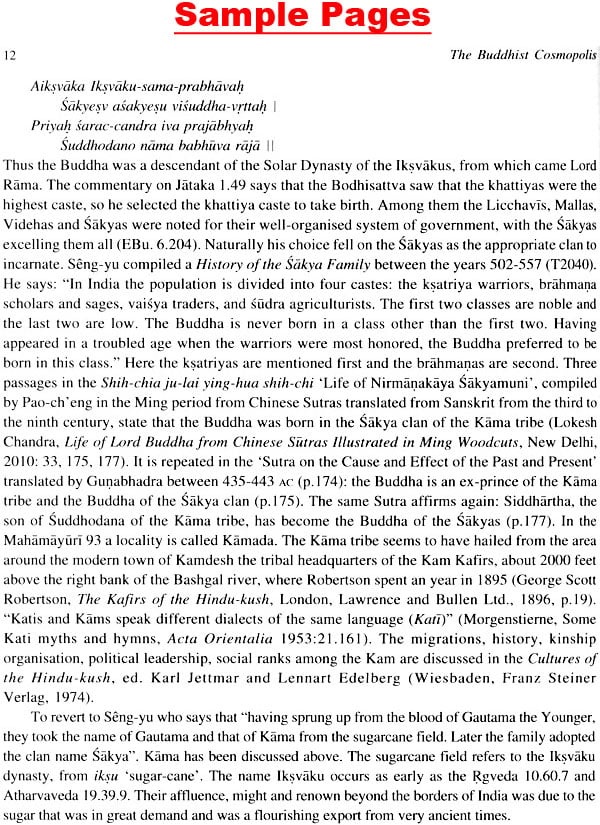 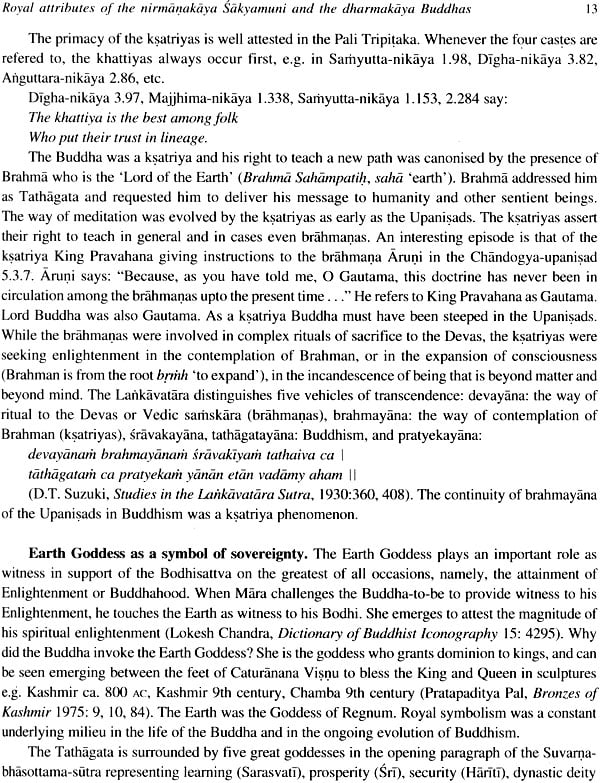 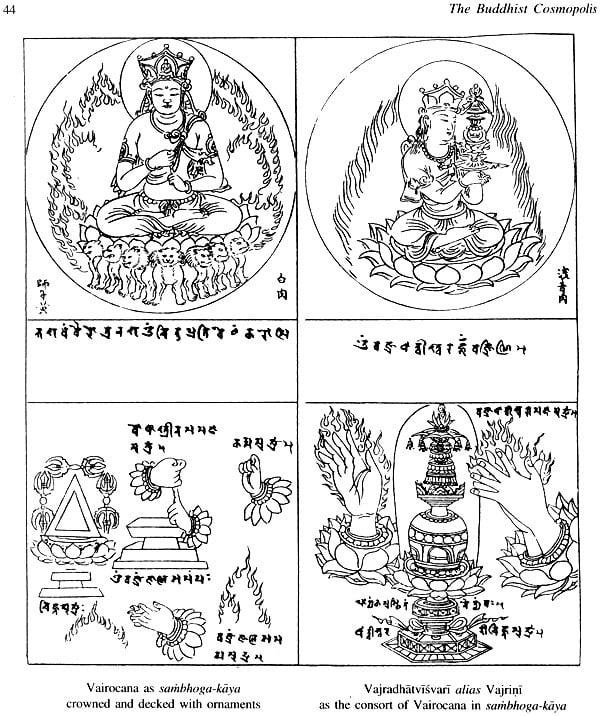 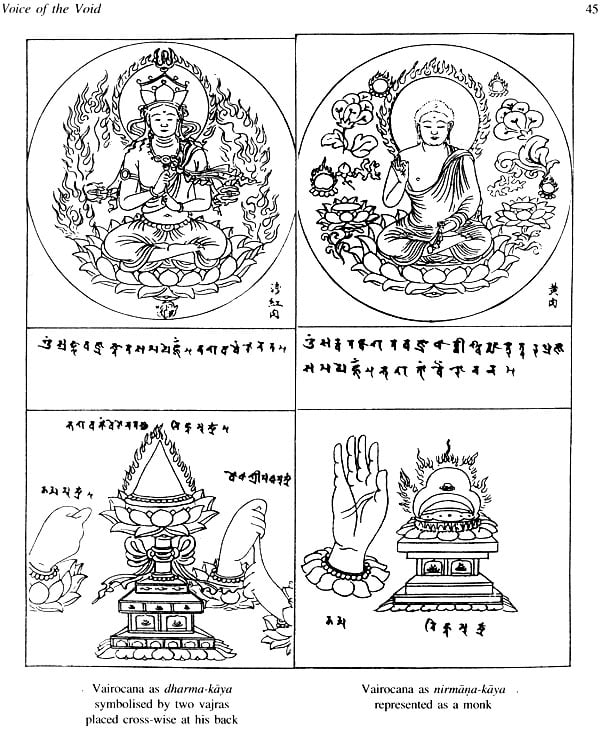 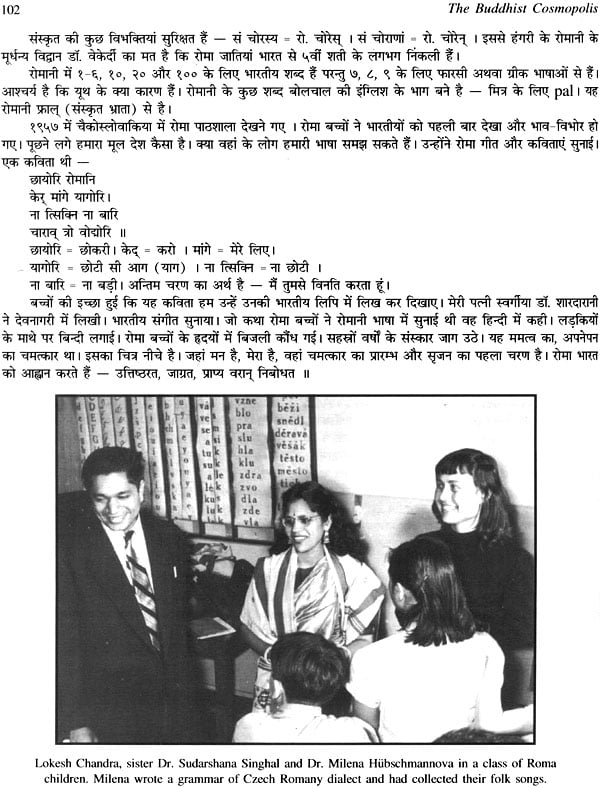 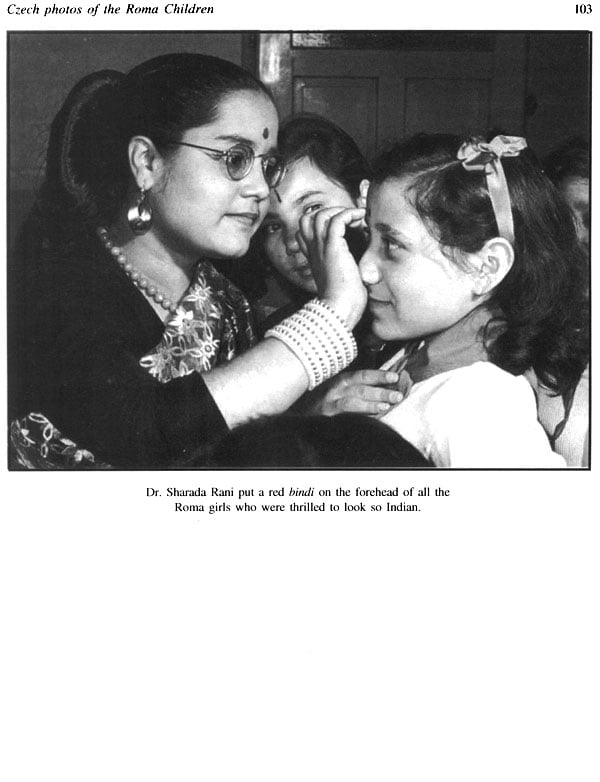 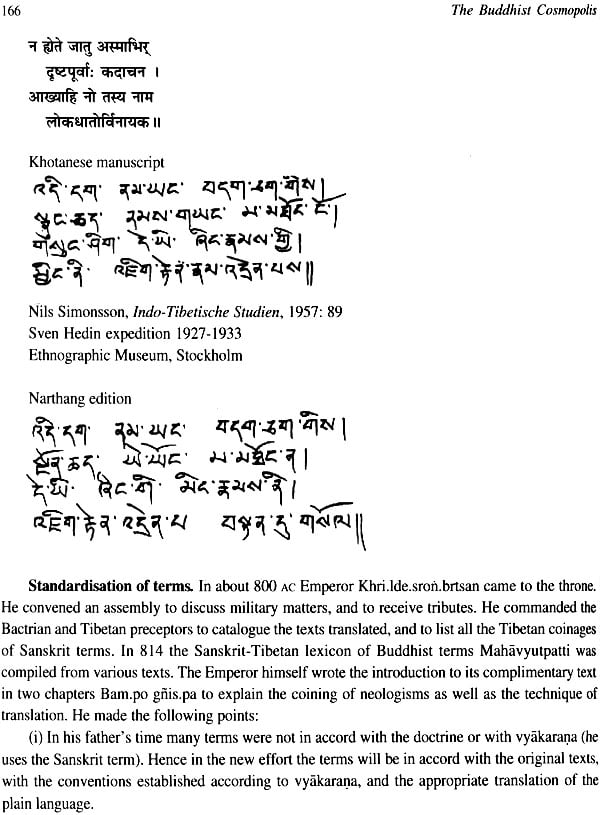 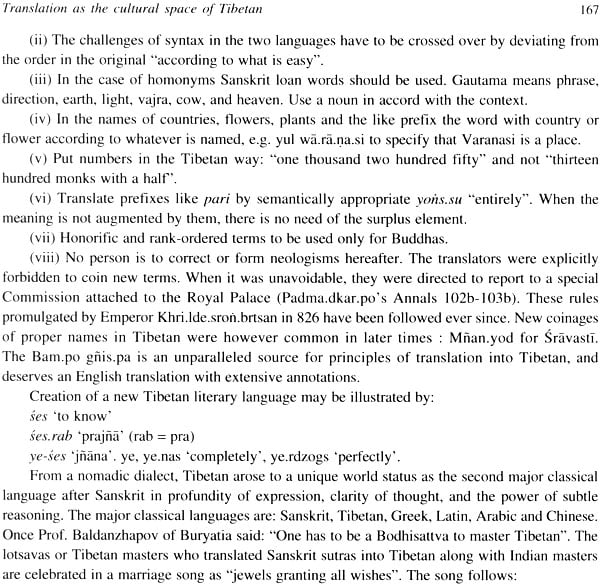 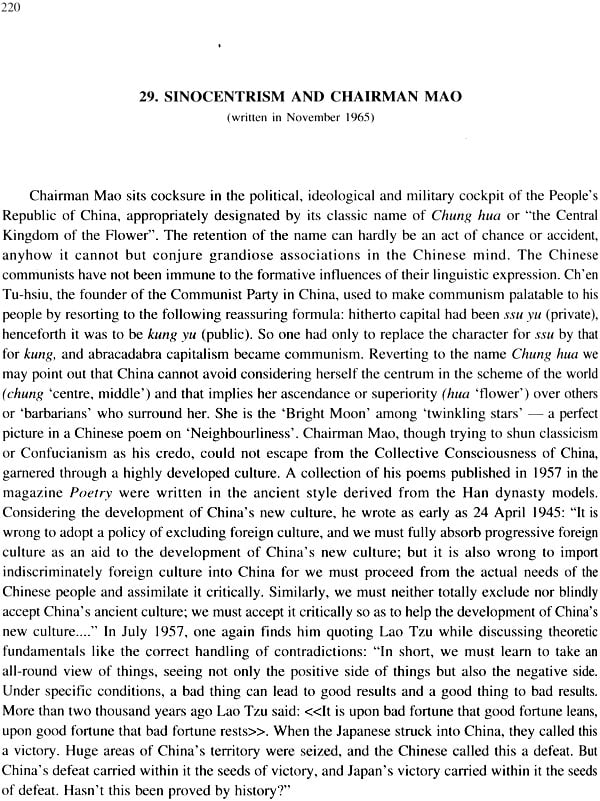 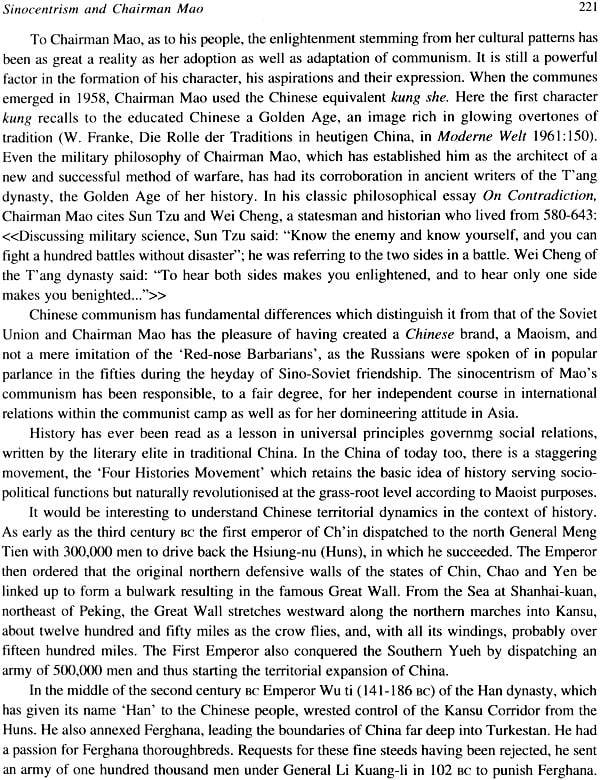 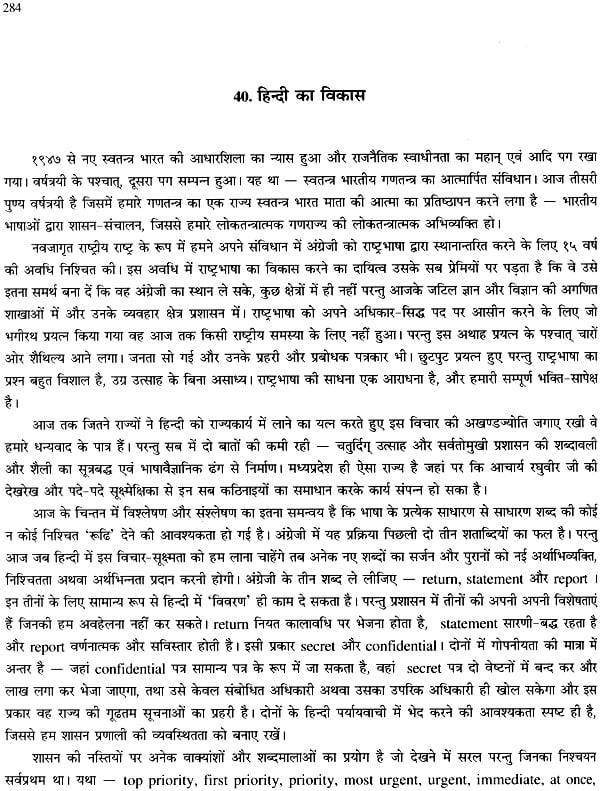 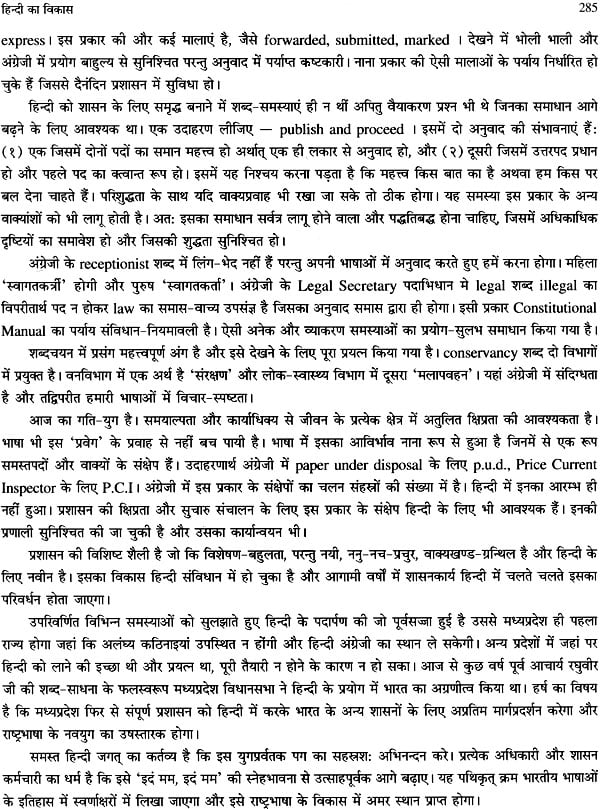 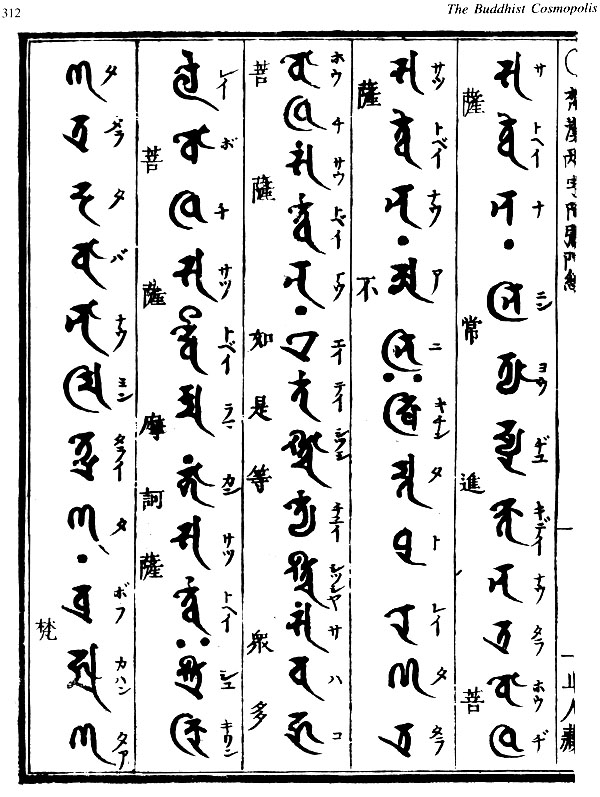 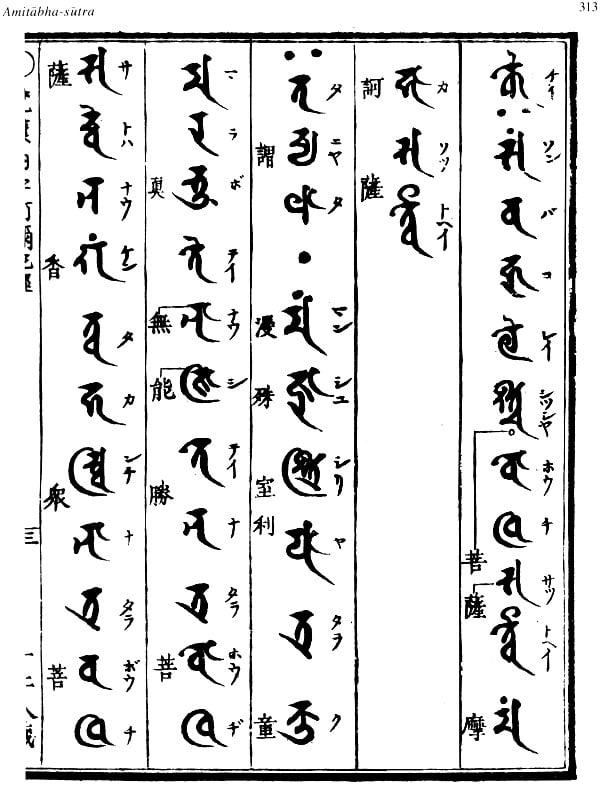 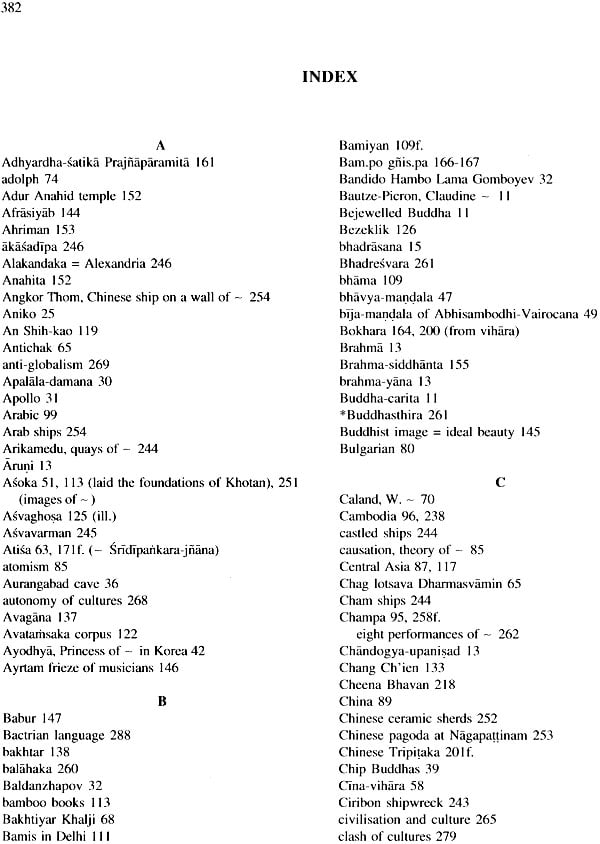 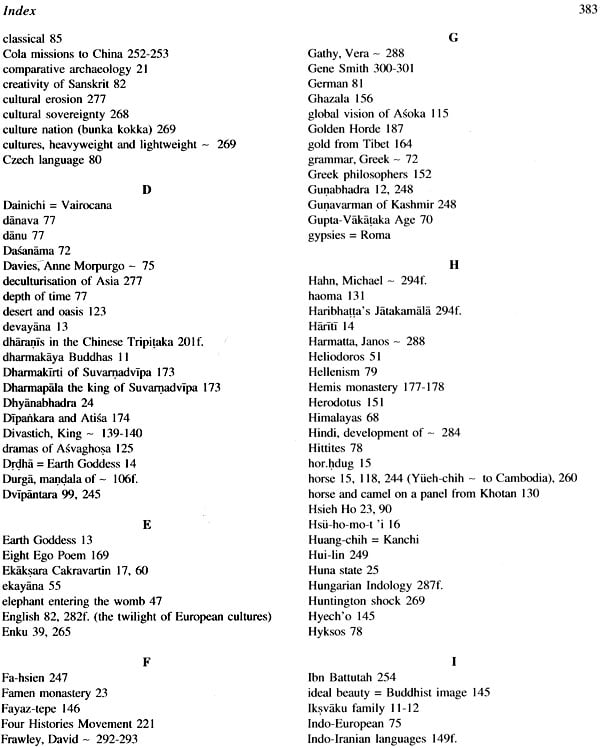 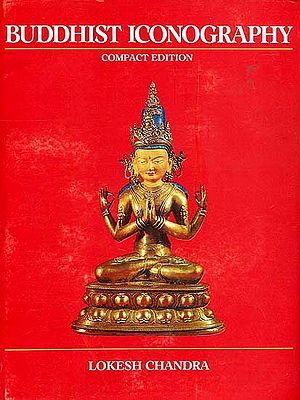