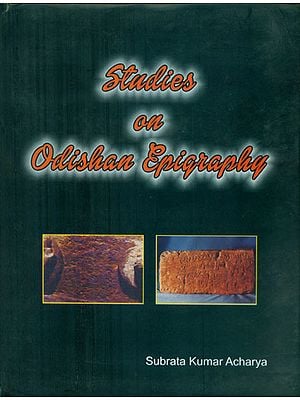 $55.00
Notify me when this item is available
Save to Wishlist Send as E-card Share by Email
About the Book
The volume is edited with an intention to encourage the epigraphically studies in Odisha. In this collection of essays, a few were read in the joint annual session of the XXXIX Epigraphically Society of India and XXXIII Place Names Society of India organized in Ravens haw University, Cuttack, on 16-18 November 2013, while a majority of papers were called for from some eminent epigraphists and historians working on Odishan history and culture.

There are a number of copper plate and stone inscriptions as well as some inscribed medallions, terracotta tablets, seals and sealings in private possessions. They remain unedited and unpublished for several years. Attempt has been made here to bring to notice some of them.

Epigraphically discoveries from recently concluded excavated sites like Lalitgiri, Radhanagar and many more sites in and around the modem town of Jajpur have been included in this volume. In some of the papers the scholars have offered new interpretation of the already published inscriptions. Stimulating discussions on historical geography of specific regions/sub-regions, administrative divisions, regional state formations and similar other issues offer new perspectives of research. Only one article is on the recently acquired punch marked coins by the Odisha State Museum, Bhubaneswar. Scholars working on the early and early medieval history and culture of Odisha and India will fmd the volume useful and rewarding.

About the Author
Sub rata Kumar Acbarya (b. 1962- ) teaches History in Ravens haw University, Cuttack, Odisha. He obtained his M.A. (1983), M.Phil. (1985) and Ph. D. (1992) from Sambalpur University. He was a Lecturer in Berhampur University from 1984 to 1987 and after PSC concurrence taught in different Government colleges of Odisha from 1987 to 2010. In 2010, he joined as a Reader in Ravens haw University. He was a Fellow (1996-98) at the Indian Institute of Advanced Study, Simla. He was awarded with the Senior Fellowship (2008-10) of Ministry of Culture, Government of India, New Delhi. Besides, he was conferred with the Honorary Fellowship of the Ancient Sciences and Archaeological Society of India (ASASI), Mysore in 2007. He was the General President of the Place Names Society of India (Aurangabad Session, 2010). He has published more than forty research papers in different national and international journals. He is the author of Numerals in Orissa Inscriptions (Simla, 2002), Paleography of Orissa (New Delhi, 2005) and Copper Plate Inscriptions of Odisha-A Descriptive Catalogue (New Delhi, 2014). At present he is working on a Major Research Project of the UGC on Inscriptions of the Minor Ruling Families of Odisha.
Preface
Epigraphy or the study of inscriptions is one of the important sources for writing the history of a region or a nation. The data derived from the inscriptions are the most trustworthy and reliable, and therefore they form the basis of knowing and understanding our past.

In fact they together with other allied disciplines, facilitate the historian in a bigger way in constructing knowledge about the past activities or happenings.

Apart from throwing light on the political developments and administrative structures, they make us understand the social fabric, the economic condition and the religious persuasions of the people living in a given time and space. Besides, they tell us about the paleography and orthography, language and grammar, rites and rituals, fasts and festivals, agriculture and irrigation, astronomy and art, music and dance, flora and fauna, historical geography and toponymy, weights and measures, coins and currency system, and so on and so forth. Thus, they touch upon almost every aspect of the life and culture of the people of India.

Indian epigraphy which has been so assiduously cultivated for the last two hundred years has seen many ups and downs. One of the main concerns for this rough trajectory is the dearth of seasoned epigraphists to handle the enormous volume of inscriptions piling up in different museums, departments and institutes. Those who know the script lack the basics of language and those who have command over language can hardly decipher the ancient writings. The matter does not stop here. Even epigraphists who have mastered both the language and script face ideational bankruptcy in interpreting the new and raw data derived from the vast mass of inscriptional literature. It is for this reason the field is left open for the historians to navigate the texts, select the words and phrases to suit their point of view and draw patterns and paradigms which pass on to the text books to be read by millions of teachers and students across the country. The problem gets compounded when alternate paradigms surface in the narratives using the same stock of data. No doubt it is an ongoing process and each Endeavour is worthy of its own merit, original arguments and unique perspectives. But inscriptions which have been so carefully and critically edited and published should not be considered as final. There is ample scope to revisit the already edited and published epigraphs and make necessary corrections in the reading of the texts, transliterations, translations and interpretations. Omission or commission of a single letter or a medial stroke often causes serious departure in understanding the text and context. The day this exercise will be undertaken by scrupulous epigraphists several models will fall apart and this will open up new interpretation of the revised texts.

Epigraphy is a tough subject. It requires the depth of knowledge not only in language and script, but also astronomy, mythology, art, iconography, literature, philosophy and religious developments. Scholars like J.F. Fleet, E. Hultzsch, F. Kiel horn, D.R Bhandarkar, RC. Majumdar, Krishna Sastri and D.C. Sircar, to name a few, contributed immensely to the study of Indian epigraphy because of their encyclopedic knowledge of ancient Indian cultural system. Today in our generation we can hardly find epigraphists, of course baring a few, who can match the depth of scholarship and commitment of the above scholars for furtherance of the study of Indian epigraphy. It posits a grave challenge to deal with the subject. 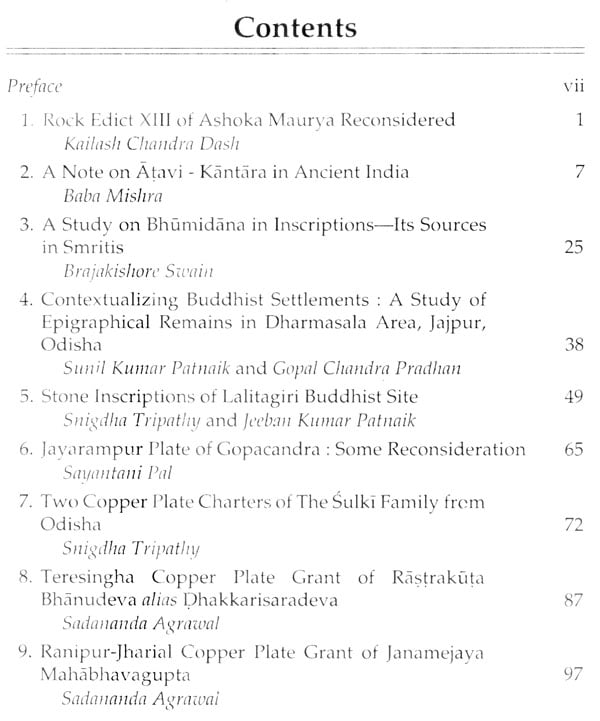 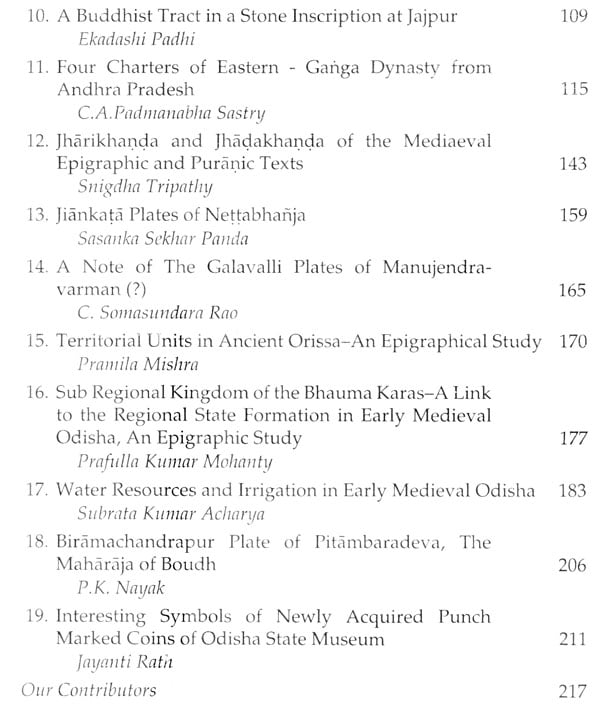 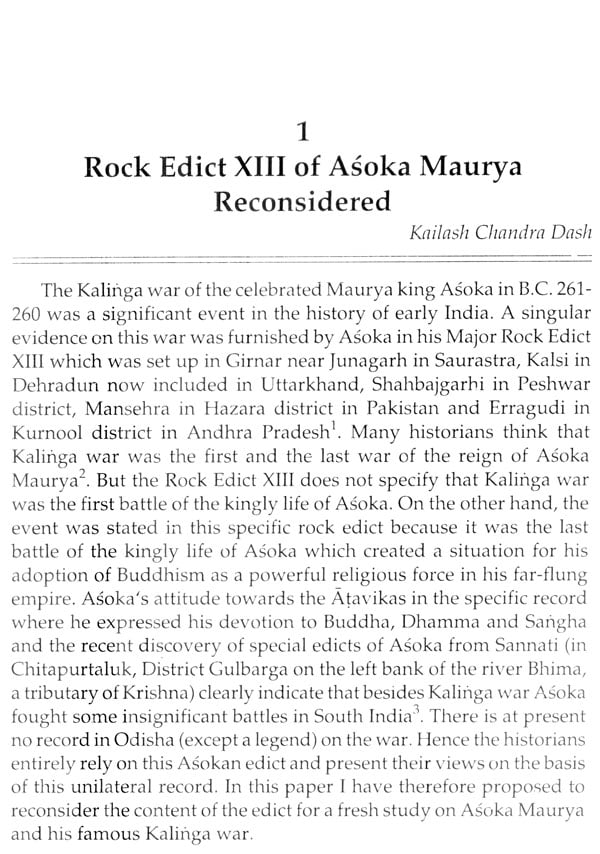 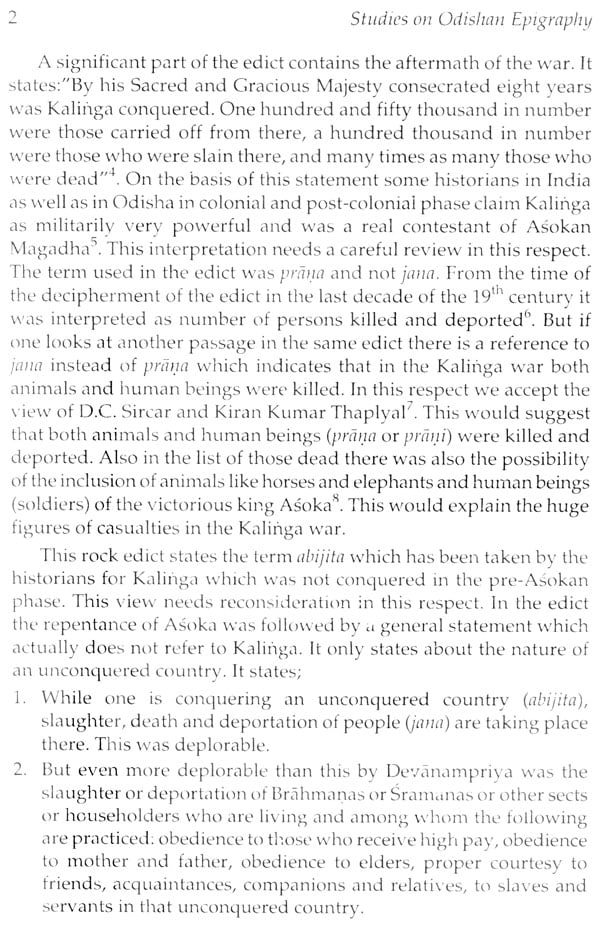 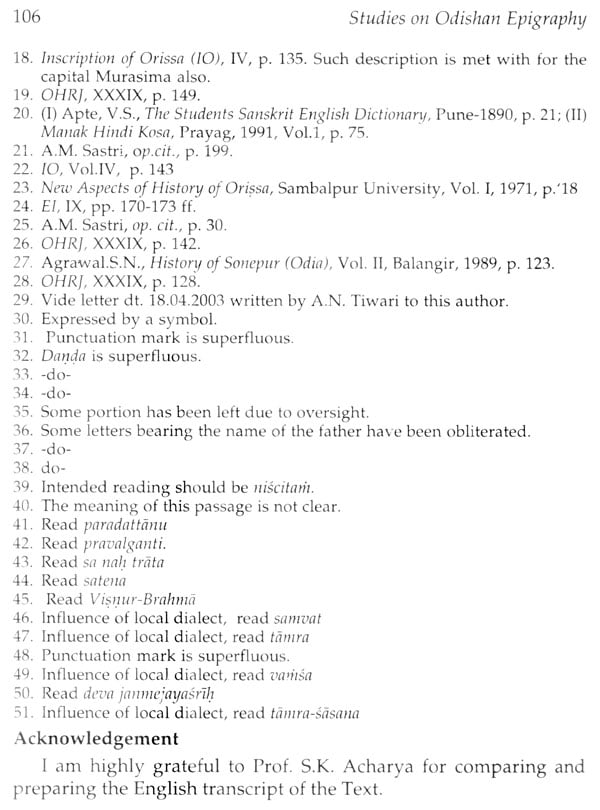 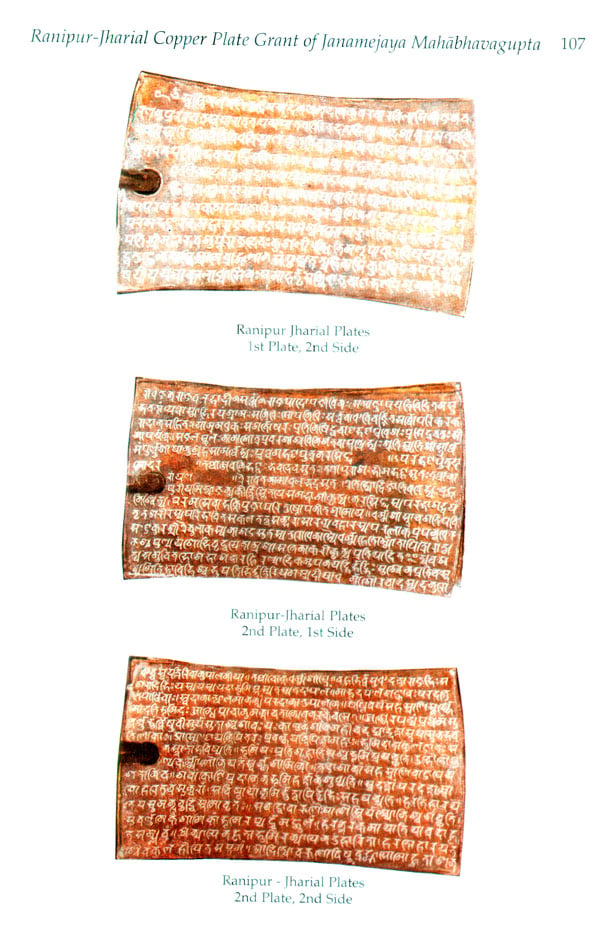 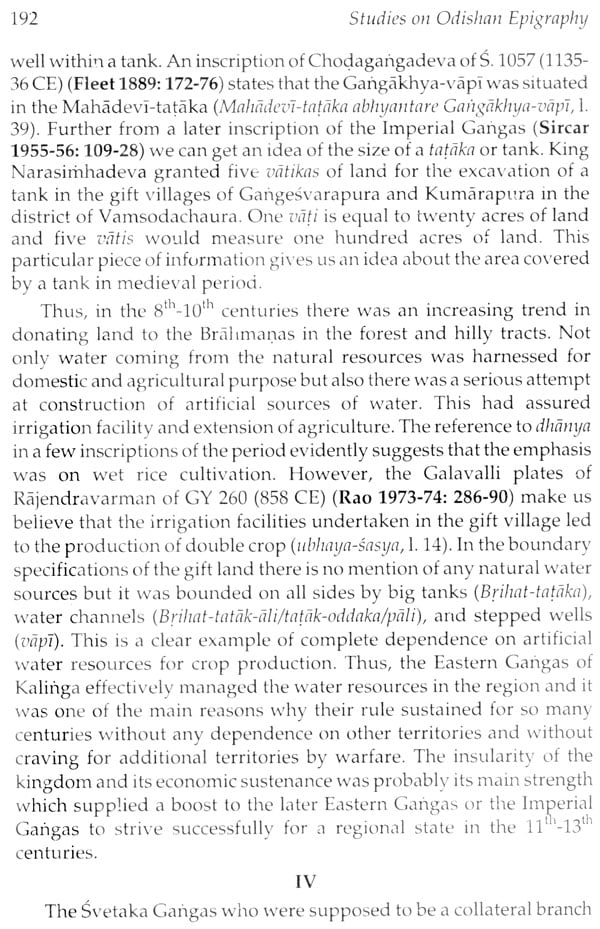 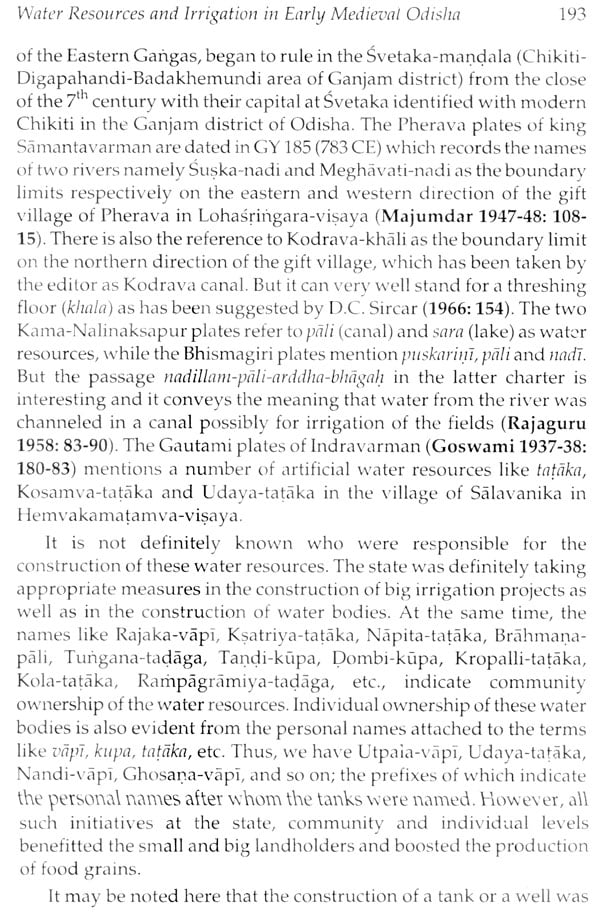 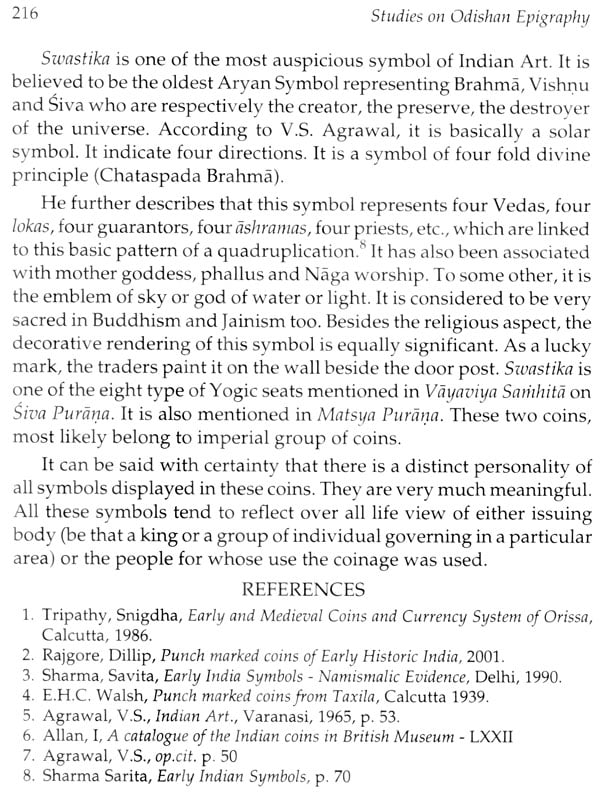 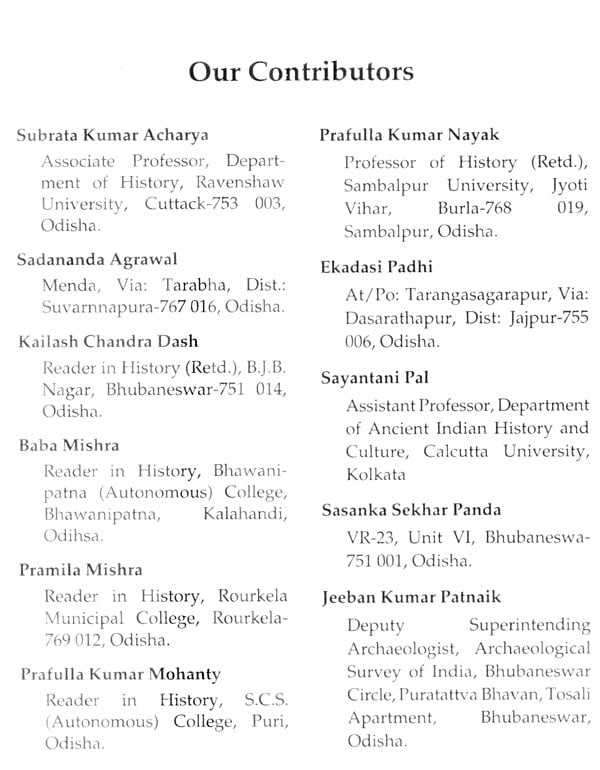 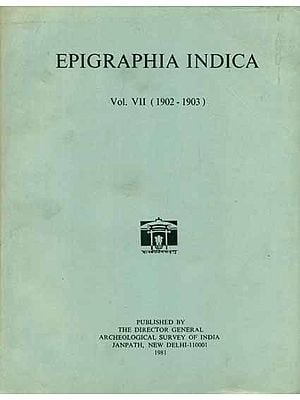 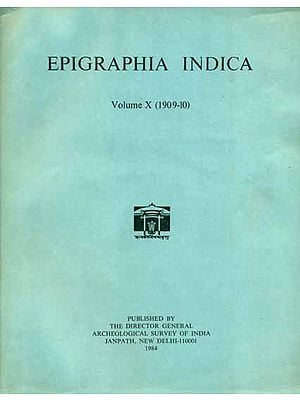 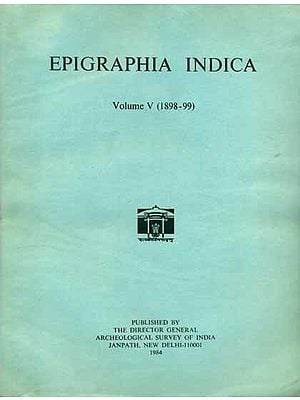 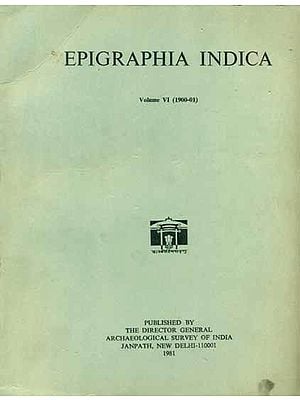 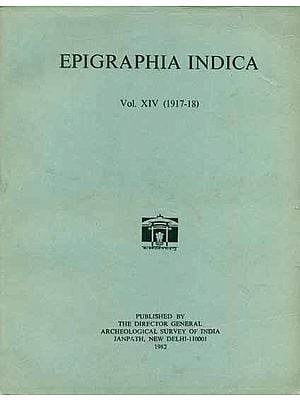 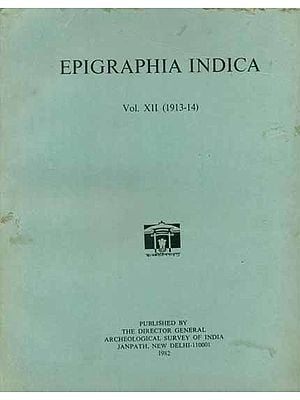 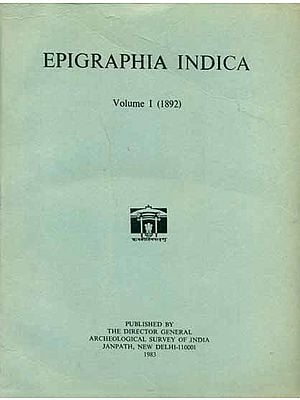 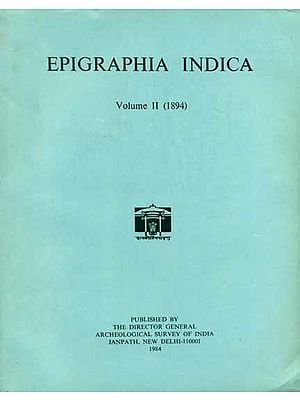 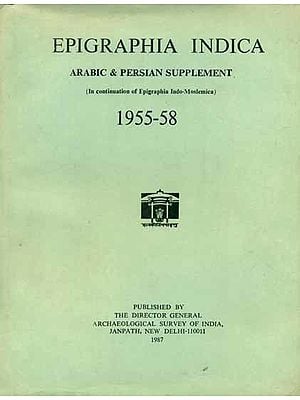 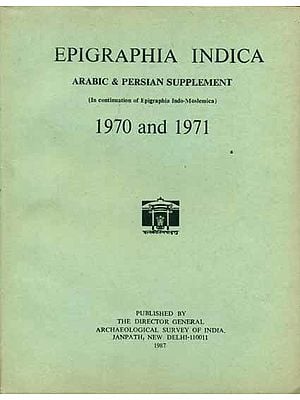 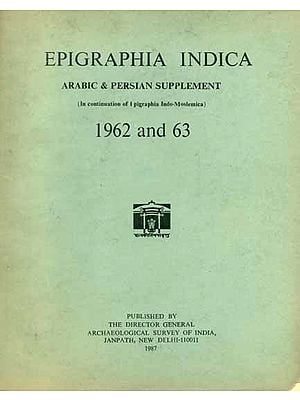 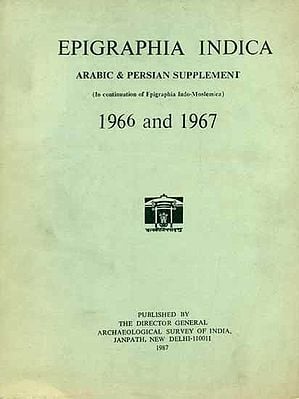 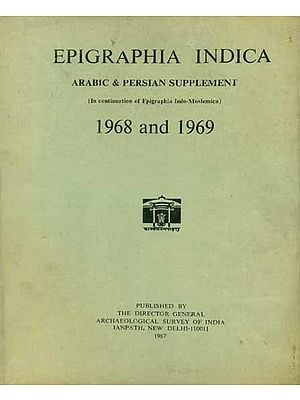