Vedantasara of Bhagavad Ramanuja (An Old and Rare Book) 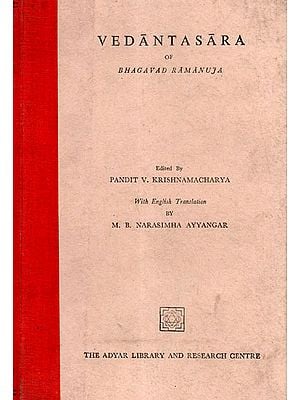 $30.00
Notify me when this item is available
Save to Wishlist Send as E-card Share by Email
Preface
THE Vedantasara is an easy and concise commentary on the Brahmasutra-s of Badarayana who is believed to be identical with Vyasa, the famous author of the Mahabharata. The Vedantasara was written by Bhagavad Ramanuja (A.D. 1017-1137) in accordance with the views of the Visistadvaita school of Vedanta. Sri Ramanuja was born at Sriperumbudur near Kanchi-puram as the son of Kesavasomayajin and. Bhudevi. He was a pupil of Mahapurna and a younger contemporary of Sri Yamunacarya of Srirangam. His other works are: Sribhasya, Bhagavadgitabhasya, Vedartha-samgraha, Vedantadipa, Gadyatraya and Nityagrantha. Regarding the complete biography of Sri Ramanuja, the attention of the readers is drawn to the Ramanuja-campu of Ramanujacarya, published as No. 6 in the Madras Govt. Oriental MSS. Series. His doctrine and teaching have been fully dealt with by Prof. P. N. Srinivasacharya in his book entitled The Philosophy of Visistadvaita published as No. 39 in the Adyar. Library Series. This system was first expounded by Sri Nathamuni, developed to a great extent by Sri Yamunacarya in his works and perfected by Sri Ramanuja in his works like the Sribhasya, and the Vedartha-samgraha, after refuting the contrary views of the opponents.
Introduction
AFTER completing the course of study of the Veda-s, the student should perform the rituals mentioned therein. There are rules prescribed for their proper performance. But in the Veda-s proper, these rules are not mentioned at all. Therefore the student has to go to other works for them. Consequently certain subsidiary works on the rules of interpretation were composed by the sages and the earliest of these works was the Mimamsasutra-s of Jaimini.

But this sutra-s were very short statements and they could be interpreted in different ways; consequently a number of commentators arose. They interpreted this sutra-s differently. The performance of the rituals mentioned therein grants only limited and transitory results. Hence these Vedic scholars went in search of other systems that could give unlimited and ever-lasting results.

Badarayana is the author of the Brahmasutra-s. He has stated therein, on the authority of the Upanisads that the knowledge of Brahman leads to everlasting benefits. Badarayarana mentions the names of Asmarathya, Audulomi, Badari and Kasakrtsna to show that they also were writers on the subject before him. 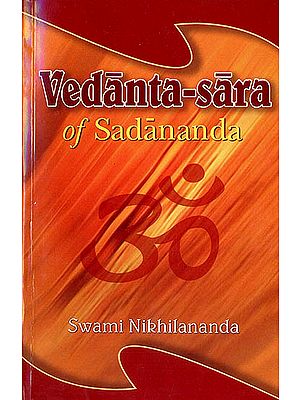 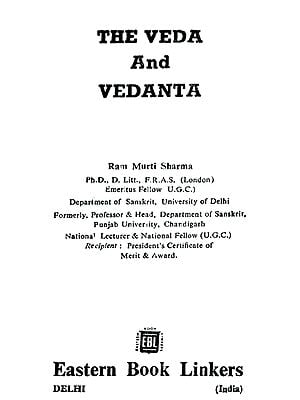 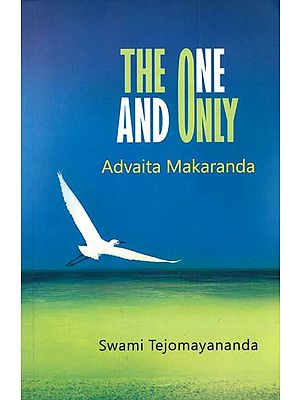 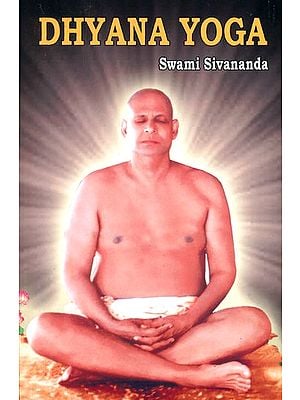