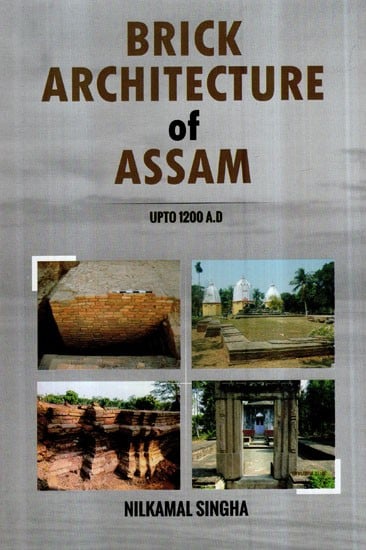 The book is an outcome of comprehensive field study, exploration and excavation of the brick structure of Assam prior to 1200 AD. The narrative presents detailed study on the brick architectural remains of Brahmaputra valley concentrated mainly in areas of Goalpara, Guwahati, Tezpur and Hojai of Assam. The book studies the architectural paradigm with ethnological linkage with the contiguous demography. It also analyses the brick architecture in various parameters and their probable linkage with the structures of Bengal, Orissa and Bangladesh. The author studies the structures in their phases of construction and provides chronology of the structures basing on sculptural art and constructional method of the brick structures upto 1200 AD.

Historical archaeology in true sense started in Brahmaputra valley with the finding of Ambari archaeological site in 1969 and since then this site was excavated for several seasons along with other sites located in various parts of Assam. The subsequent excavation and exploration on various sites of Brahmaputra valley added information to the existing knowledge. The book is an outcome of my 15 years field experience in archaeology and my doctoral research

The archaeological sites in Brahmaputra valley, especially the structures of pre-Ahom era are in a dilapidated condition. The deterioration of the archaeological structures can be ascribed to various human activities and natural reasons thus necessitating the study of these structures. The data and information presented in this study is the result of my long association and participation with the Directorate of Archaeology, Assam spanning from 2005 to present. Most of the data collected are field data which I have collected during the time of excavations conducted at the respective site and latter off season field visits. The archaeological treasure of Brahmaputra valley is so capacious that it cannot be accommodated in a single study therefore in the present study author tried to limit himself to excavated and exposed brick structures. The present study is however an open ended academic exercise. The present study is culminated in six chapters.

Chapter-I deals with aims and objective, methodology involved, scope and significance of this study. Chapter II contains information pertaining to the brief account of geography and history of the land and people of the areas under study.

Chapter IV deals with the history and myths relating to the given structures and the other related parameters worth to be dealt with the present study.

Chapter V contains the analysis of data collected from the various archaeological sites important to understand and study the brick structure/architecture of Assam and their comparative study.

Chapter VI is a presentation of summary and conclusion.

Study of architecture reveal that underlining meaning of architecture and its relation to human experiences which have been expressed in number of ways in the past. Each style of structural construction reflects a distinctive pattern and principle of construction of the particular culture and era. As such they can be perceived as cultural symbols of the past and surviving historical civilizations and their achievements in the field of art and technological knowhow. Universally architecture means the style of design and the method of construction of structures whose aesthetic and functional dimension can stimulate and influence social life without presuming that, in and of itself, it will promote social development. In Asia, the concept of architecture developed along different lines from that of Europe, Buddhist, Hindu and Sikh architecture each having different characteristics. Buddhist architecture, in particular, showed great regional diversity. Hindu temple architecture, which developed around the early fifth century A.D, is governed by concepts laid down in the Shastras, and is concerned with expressing the macrocosm and the microcosm. In many Asian countries, pantheistic religion led to architectural forms that were designed specifically to enhance the natural landscape (Brown, 2010). Indian architecture incorporated the architectural forms as prescribed in the Shilpashastras. The typical feature of Indian architecture is the expression of spiritual contents in its elements, particularly temple architecture.

A number of architectural texts known as the Shilpashastras were written in the early medieval times. These refer to three major styles of temple architecture, namely, the Nagara, the Dravida and the Vesara. The Nagara style is associated with the land between the Himalayas and Vindhyas. The Dravida style with the land between the Krishna and Kaveri rivers and the Vesara style that is sometimes associated with the area between the Vindhyas and the Krishna river particularly on western coast (Tomory, 1989).

Nagara style: The Nagara style has its origin in the structural temples of the Gupta period, especially the Dashavtara temple of Deogarh and the brick temple of Bhitargaon. Two distinct features of the Nagara style are - planning and elevation. The plan is square with a number of gradual projections in the middle of each side which imparts it a cruciform shape. When there is one projection on each side, it is called `triratha, two projections - pancharatha', three projections - `saptharatha' and four projections - `navaratha'. These projections can occur throughout the height of the structure. In elevation it exhibits a tower (shikhara) gradually inclining towards in a convex curve. The projections in the plan are also carried upwards to the top of the shikhara. It is also called the rekha shikhara (Fergusson, 1910).

In Nagara style temples, the structure consists of two buildings, the main shrine taller and an adjoining shorter mandapa. The main difference between these two is the shape of the shikhara. In the main shrine, a bell shaped structure further adds to the height. In this style, the temples mainly are formed of four chambers, first the `Garbhagriha, then second "Jagmohan, third `Natyamandir' and the fourth chamber the Bhogamandir: Originally in Nagara style there were no pillars By the eighth century the Nagara style emerges in its characteristic form. The Nagara style exhibits distinct varieties in elaboration. The temple belonging to the Nagara style of architecture may be seen from the Himalaya to the north of Bijapur district in the south, from the Punjab in the west to Bengal to the east. As a result, there are local variations and ramifications in the formal development of the style in the different regions. Such variations are caused by local conditions, by different directions in development as well as assimilation of unrelated trends. However, the cruciform plan and the curvilinear tower are common to every Nagara temple. The Lingaraja temple, dating from the 11th century, is one of the grandest and is regarded as a gem of Nagara architectural style. The temple consists of the sanctum, a closed hall, a dancing hall and a hall of offerings. The sanctum is pancharatha on plan. The lower register of the wall is decorated with Khakhara-Mundis and the upper with Pidhamundis. The Khakhara-Mundis contains on the corner Rathas figures of eight Regents and on the flanking Rathas miscellaneous friezes. The pidhamundis are inset with images of various Brahmanical gods and goddesses. The famous temple of Jagannatha at Puri is roughly contemporaneous with the Lingaraja. It shows the same mature plan as the latter but even loftier (Tornory, 1989). 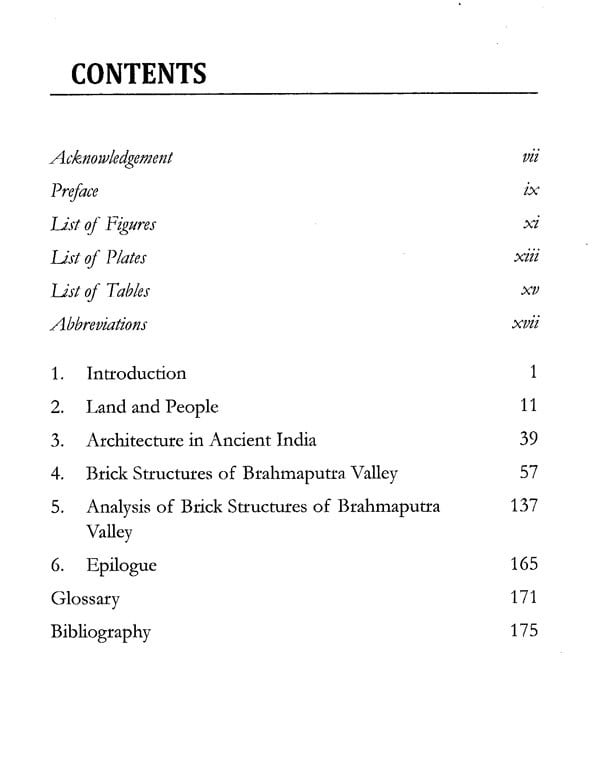 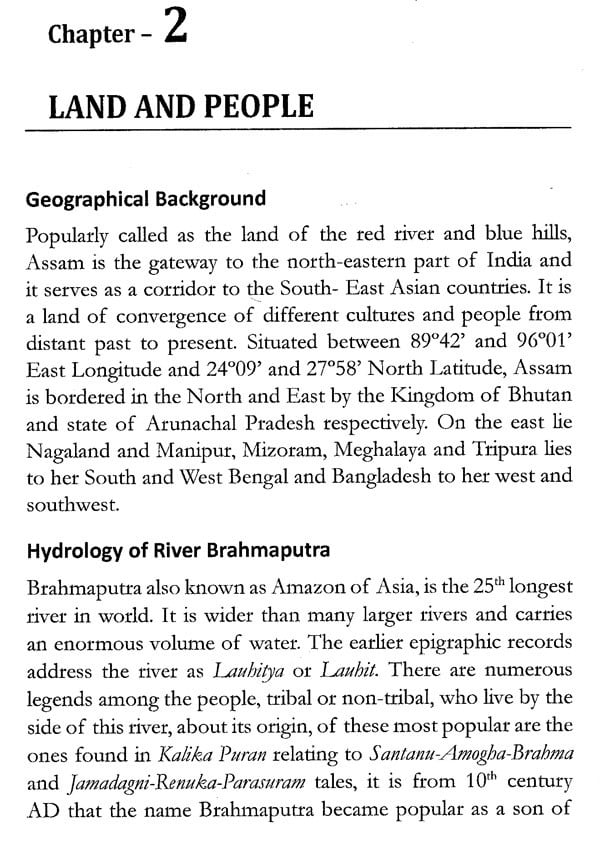 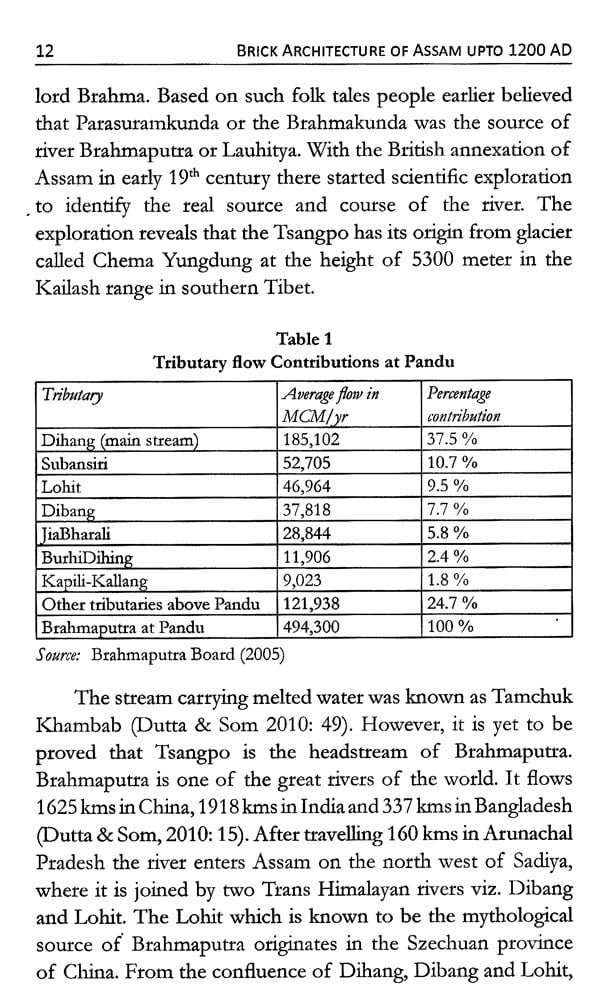 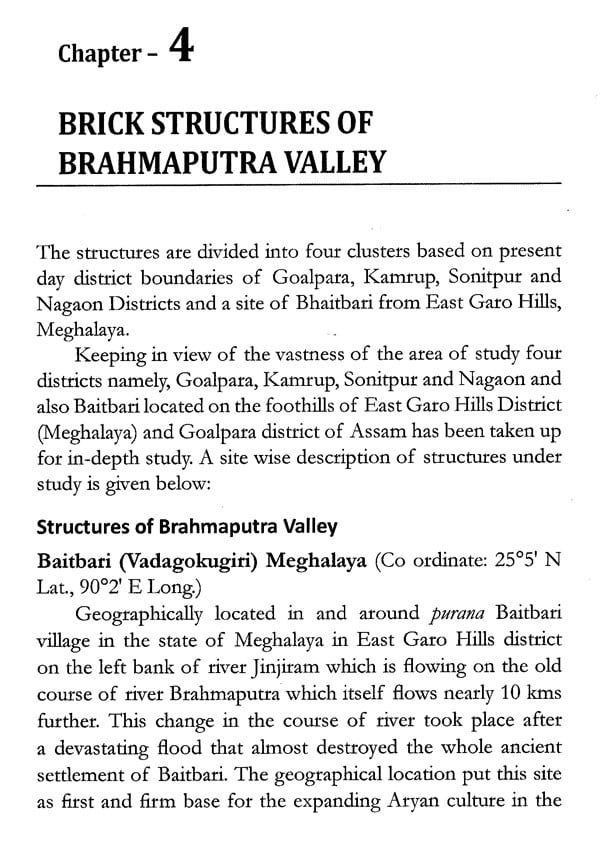 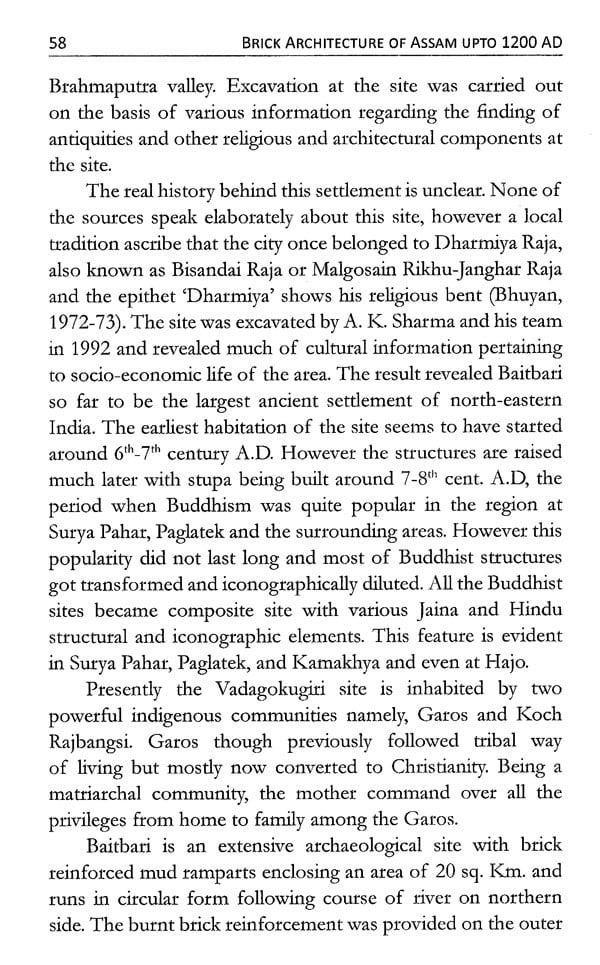 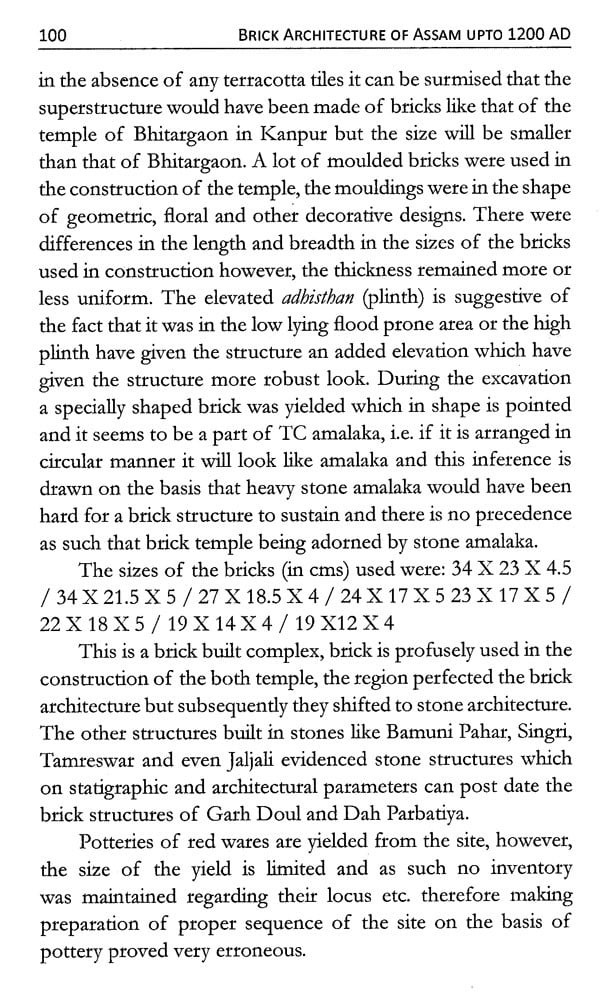 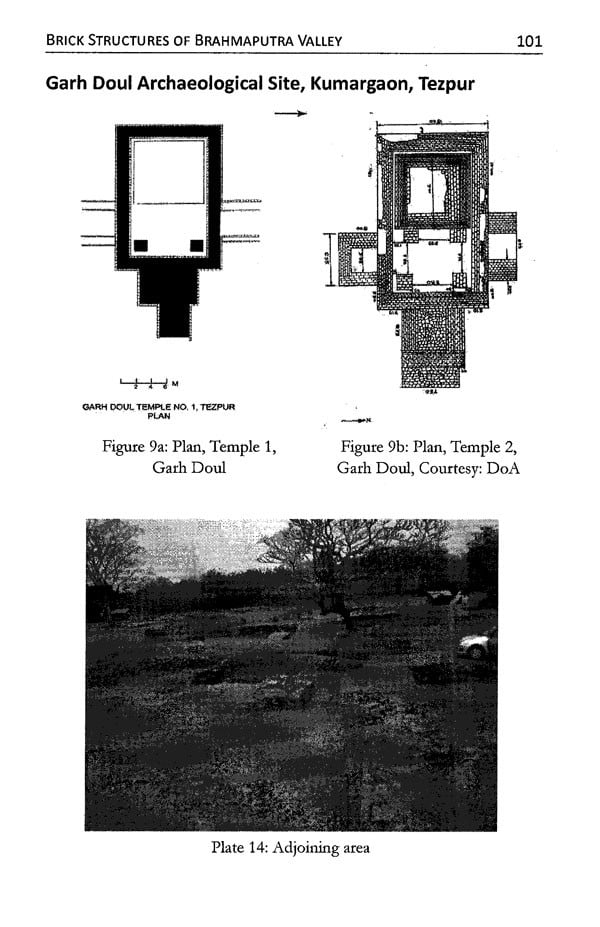 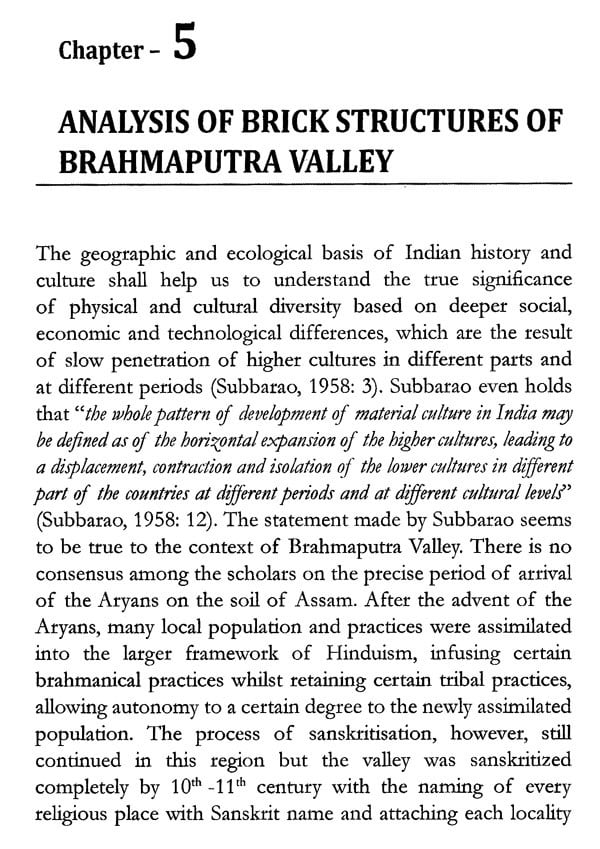 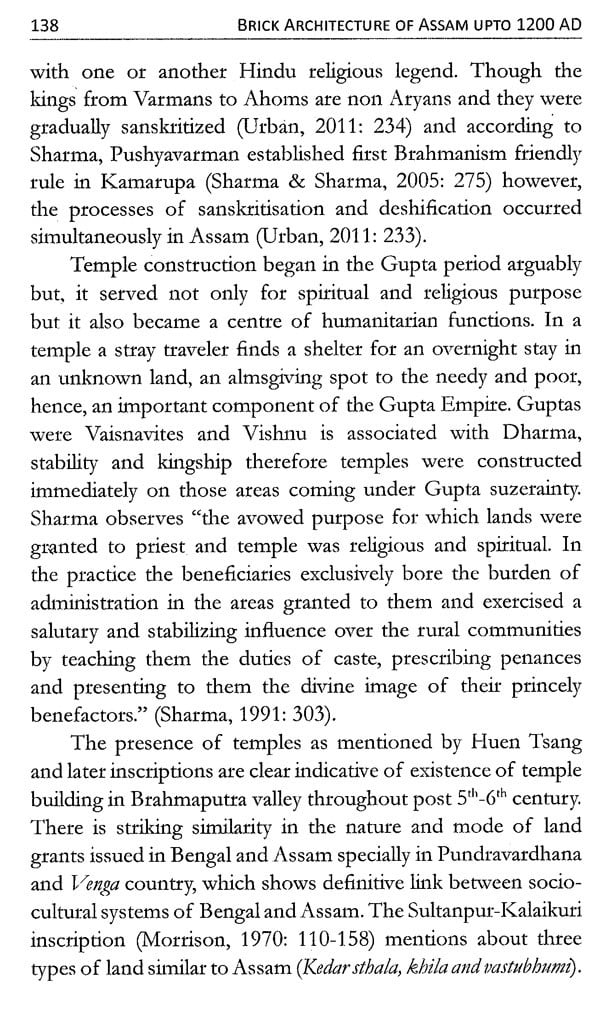