The Bride's Mirror: Mirat Ul-Arus (A Tale of Life in Delhi a Hundred Years Ago) 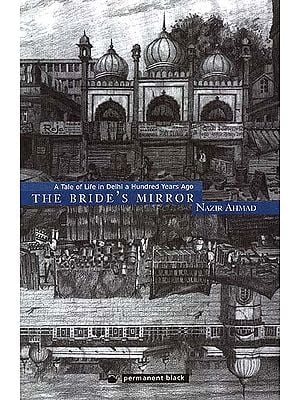 £21.75
Notify me when this item is available
Save to Wishlist Send as E-card Share by Email
From the Jacket:

Asghari and Akbari. Two sisters married to two brothers in Delhi, circa 1860. In this gripping tale, one sister has every advantage - and sees her life collapse around her. The other faces great difficulties - but eventually comes to dominate her world.

Muslim family and social life in old Delhi, with its crowded markets and narrow lanes, its festivals and weddings, moneylenders and cheats, spiteful servants and machinating mothers, have never been as vividly and energetically portrayed as in this novel, the first bestseller in Urdu.

Mirat ul -'Arus' sold over 100,000 copies within a few years of its release in 1869. This translation, done in 1903 by an admiring Englishman, is a classic now back in print after a century. France W. Pritchett provides its historical and critical context in her lucid Afterword.

Maulvi Nazir Ahmad (1831-1912), a distinguished Urdu writer and modernist social reformer,, was born in a small town near Bijnore and studied in Delhi College. His career included time spent in the British colonial administration, at the court of the Nizam of Hyderabad, and with the great social reformer Sir Sayyid Ahmad Khan. Among his literary works are several of the most popular (and prize-winning) early realistic/didactic 'novels' in Urdu.

G.E. Ward was a member of the Bengal Civil Service, and upon retirement became a scholar and teacher of the Urdu language at Wadham College, Oxford University.

Frances W. Pritchett is a professor of modern Indic languages at Columbia University. Her research interests include traditional Urdu and Hindi narrative literature, and the classical Urdu ghazal.