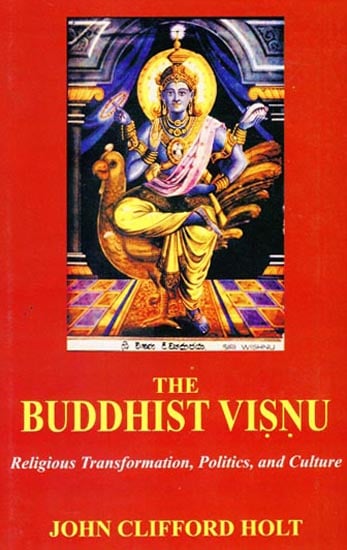 John Holt's groundbreaking study examines the assimilation, transformation, and subordination of the Hindu deity Visnu within the contexts of Sri Lankan history and Sinhala Buddhist religious culture. Holt argues that political agendas and social forces, as much as doctrinal concerns, have shaped the shifting patterns of the veneration of Visnu in Sri Lanka.

Holt begins with a comparative look at the assimilation of the Buddha in Hinduism. He then explores the role and rationale of medieval Sinhala kings in assimilating Visnu into Sinhala Buddhism. Offering analyses of texts, many of which have never before been translated into English, Holt considers the development of Vigiu in Buddhist literature and the changing practices of deity veneration. Shifting to the present, Holt describes the efforts of contemporary Buddhist monks in Sri Lanka to discourage the veneration of Visnu, suggesting that many are motivated by a reactionary fear that their culture and society will soon be overrun by the influences and practices of Hindus, Muslims, and Christians.

JOHN HOLT is the William R. Kenan, Jr. Professor of the Humanities in Religion and Asian Studies at Bowdoin College. He is the author of several books, including Buddha in the Crown: Avalokitesvara in the Buddhist Tradition of Sri Lanka, winner of an American Academy of Religion Book Award for Excellence, and The Religious World of Kirti Sri: Buddhism, Art and Politics in Late Medieval Sri Lanka, and is the editor of Constituting Communities: Theravada Buddhism and the Religious Cultures of South and Southeast Asia.

Indeed, religions do change sporadically or dramatically over the course of 1 history, but not always in the same manner as the natural ebb and flow of water. The trajectories of religious change, more precisely, often stand in reflexive relation to dominant social and political forces in play. Moreover, reli-gious change may be carefully engineered or even consciously contrived, in a manner that may serve the political interests of the state. At other times, religious change may be an unintended consequence of other types of evolving social dynamics, such as shifts in demography or reorientations of political economies.

This study demonstrates how the transformation of Visnu, one of the most important deities of Hindu tradition, became manifest within medieval and modern Sri Lankan Buddhist culture and society, and how a transplanted and integrated Visnu came to be understood within emergent Sinhala Buddhist literature and ritual. It illustrates, moreover, how Visnu's assimilation engendered periodic expressions of resistance. While this resistance may have been a con-sequence of intermonastic disputes, at least in the contemporary era, such resistance may have been politically inspired. Historically, it is sometimes impossible to separate religion from politics in Sri Lanka. To understand the current controversy in Sri Lanka about whether Buddhists should worship deities, especially deities of Hindu origins, it is important to remember the sometimes incestuous relationship that obtains between religion and politics in this society.

Religions change, and so do the reasons for studying them. The theoretical perspectives that shape our inquiries inevitably vary with the passage of time, eventually becoming historical indices that mark the contingencies of our own intellectual interests. Despite the ebb and flow of often ideologically driven surges and retreats of theory, fundamental patterns of much scholarly practice remain. Thomas Tweed recently described scholarly endeavor this way:

Scholars continually move back and forth between inside and outside, fact and value, evidence and narrative, the living and the dead, here and there, us and them. (Tweed 2002:270)

Tweed has captured something of my own experience while writing this book. My attempts to study the cult of Visnu in Sri Lanka have been thoroughly engaged in the constant dialectical movements he cites. Indeed, attentive readers will see that the types of materials and issues I have encountered often forced me to shift the locations and perspectives of my inquiries. This effort has produced only some shades and degrees of understanding, which some critical readers will deem more deeply insightful or more accurate than others. Much of what we discover depends on the nature of the questions we formulate, the types of people we meet, how willing they are to speak to us, how carefully we listen to them, and so on. The Introduction to part I delineates the the pretical rationale and thesis of this study, that political forces are often catalysts for religious change.

This is a study of a dimension of Buddhist religious culture that is not familiar to many readers in the western academy, because the issues, materials, and practices I have studied have not been accessible or examined in depth. The religion of common people is often ignored, its study sometimes sacrificed at the altar of great religious figures, and their lives and writings. Unfortunately, this means that we remain somewhat ignorant of how Buddhist practices and ideals are processed and valued among the vast majority of people who profess to be followers of the Buddha's dharma. Many of us in the field of Buddhist studies, especially in the West, have been adept at dealing with the issues William LaFleur describes in the first of the following paragraphs. How-ever, we have not attended very well to the matters he discusses in the second:

This study aims to show how the cult of Visnu was valorized in Sinhala Buddhist religious culture: how it occupied a revered space with regard to conceptions of political power wielded by elites, how it operated within a field of moral economy (the ethics of social consciousness) understood and articulated especially by Sinhala Buddhistic folk, and how it affected the dynamics of soteriology (religious quest) for the practicing Buddhists who have constituted the vast bulk of the buddhasasana (dispensation).

I have severely imposed on many people's time and attention to complete this project. On more than one occasion, I have felt like the conductor of an orchestra because there were so many others contributing simultaneously to the effort. Several people gave of themselves generously at my bidding and accomplished a very significant amount of translation work crucial for the formulation of the manuscript. P. B. Meegaskumbura was a major inspiration of this study. He translated from the original literary Sinhala a number of texts ger-mane to the cults of Visnu, Dadimunda and Mala Raja; these texts appear in chapters 4, 6, and 7, in addition to the Algama Sannasa, which appears in chapter 5. He also read through an early version of the manuscript, provided helpful comments and patiently prepared indices for places mentioned and texts translated or referred to in the final draft; and he was of enormous help to me in understanding the valiyaka mangalya, the focus of chapter 6. Udaya P. Meddegama also provided invaluable assistance. He translated the yatikas I collected at the Visnu devalayas at up-country and low-country Visnu shrines and also translated significant segments of sandesaya literature that have been included in chapter 4. He also translated an important tape record-ing from the incumbent monk at the Ran Gal Lena Rajamaha Viharaya in Aluthnuvara. Vindya Eriyagama and Kanchuka Dharmasiri were savvy, reliable, and hardworking fieldwork assistants at the Kandy Maha (Visnu) and Aluthnuvara devalayas as well as at other up-country and low-country sites. 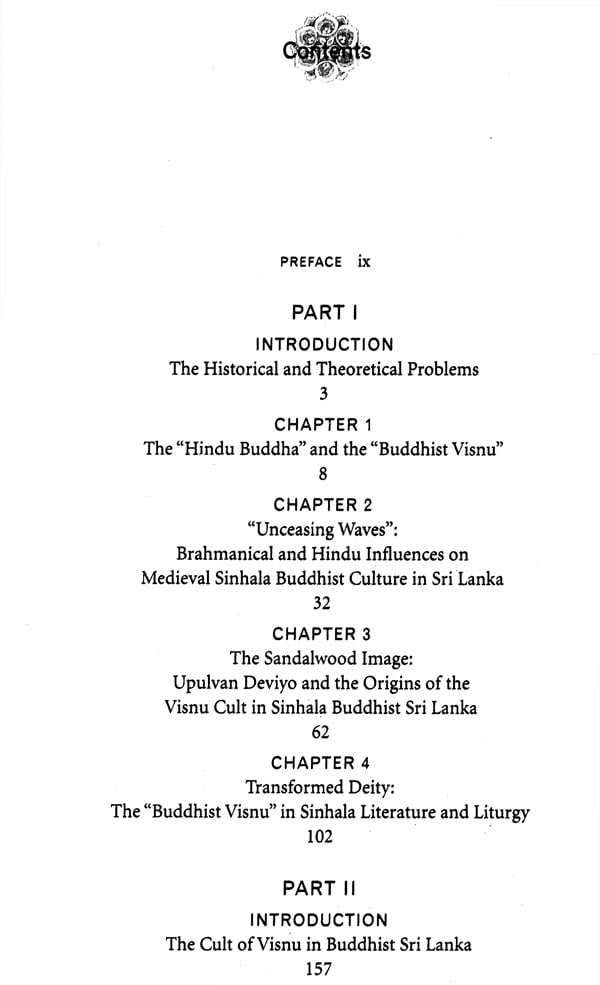 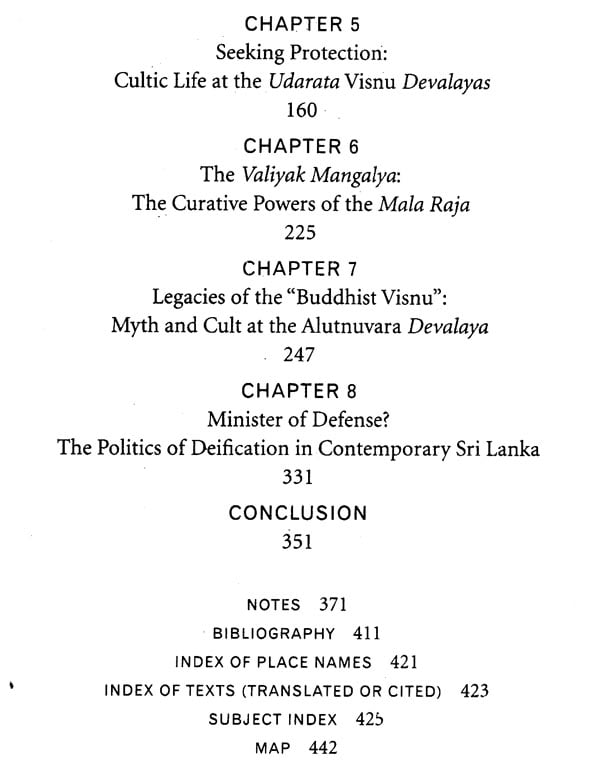 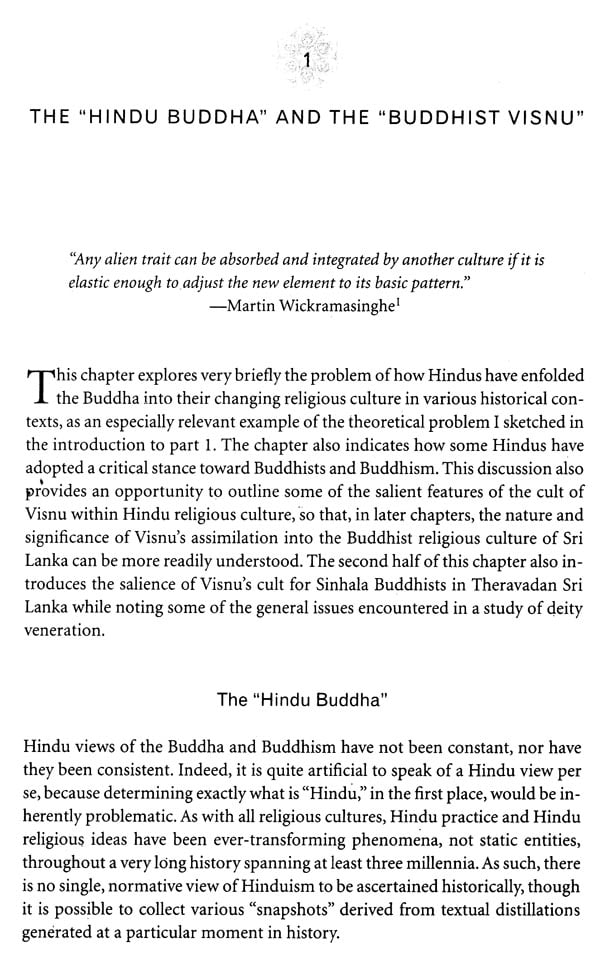 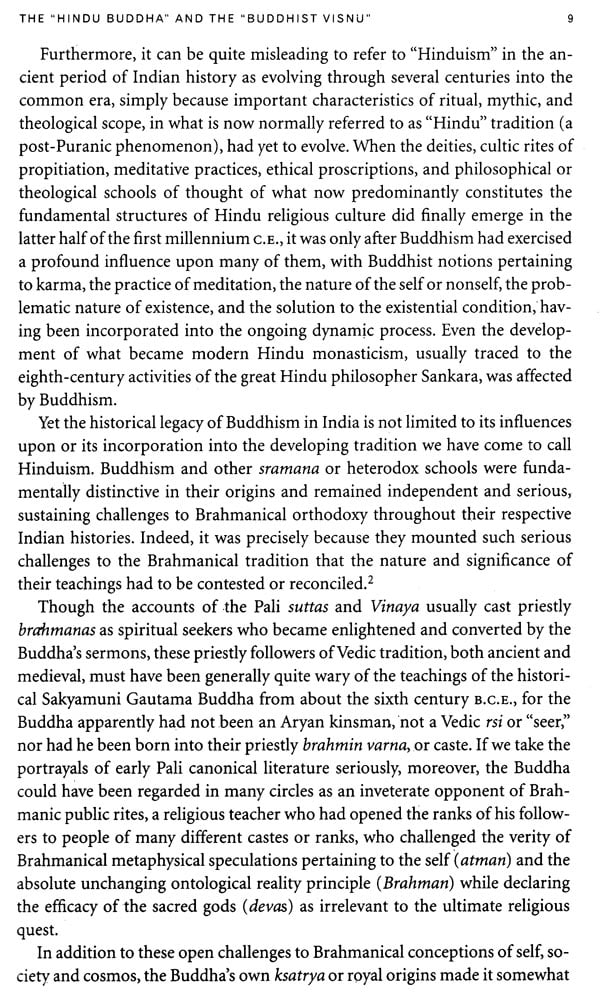 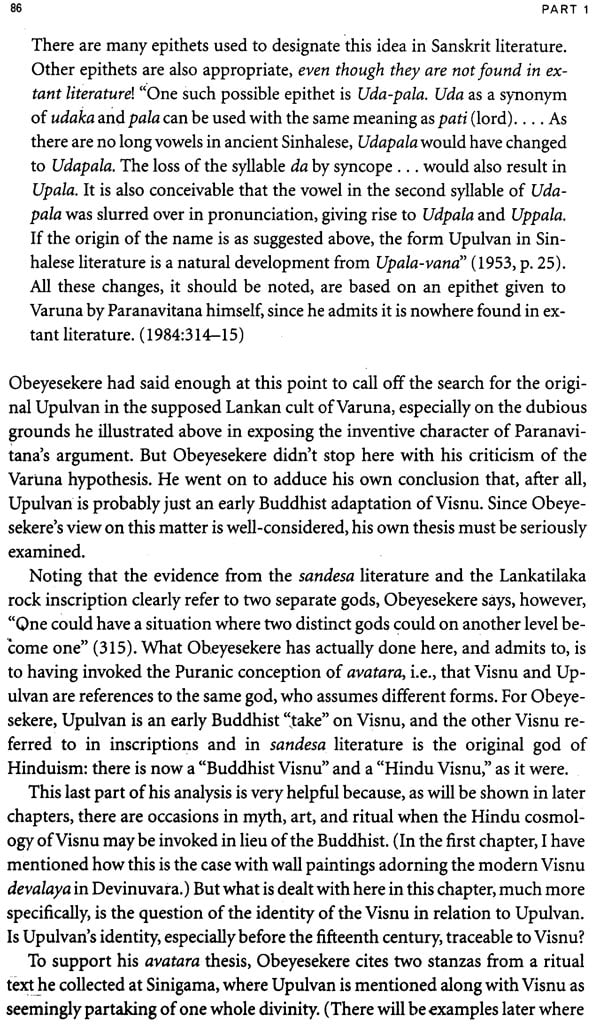 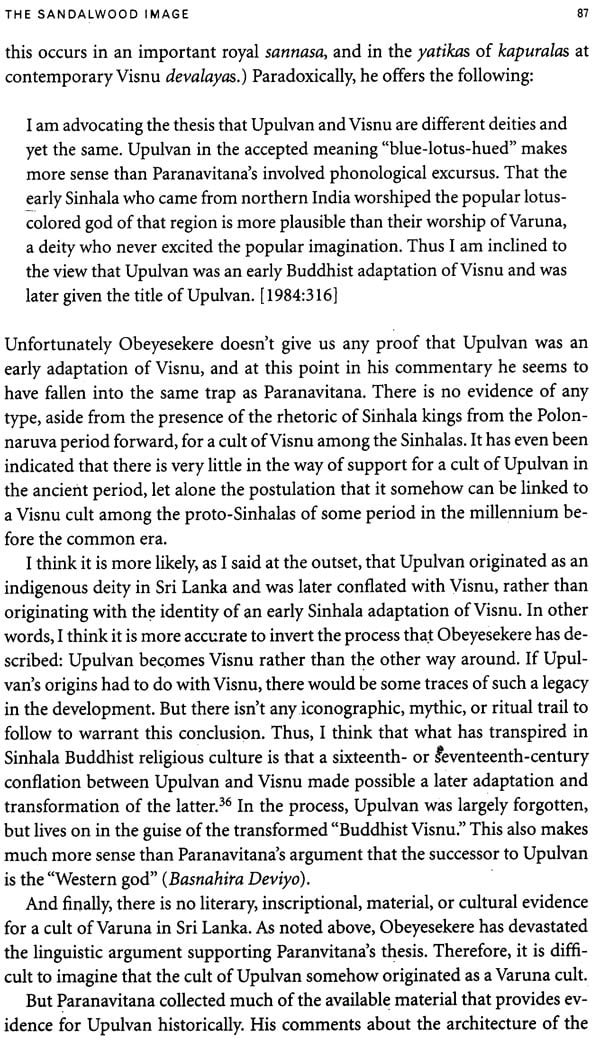 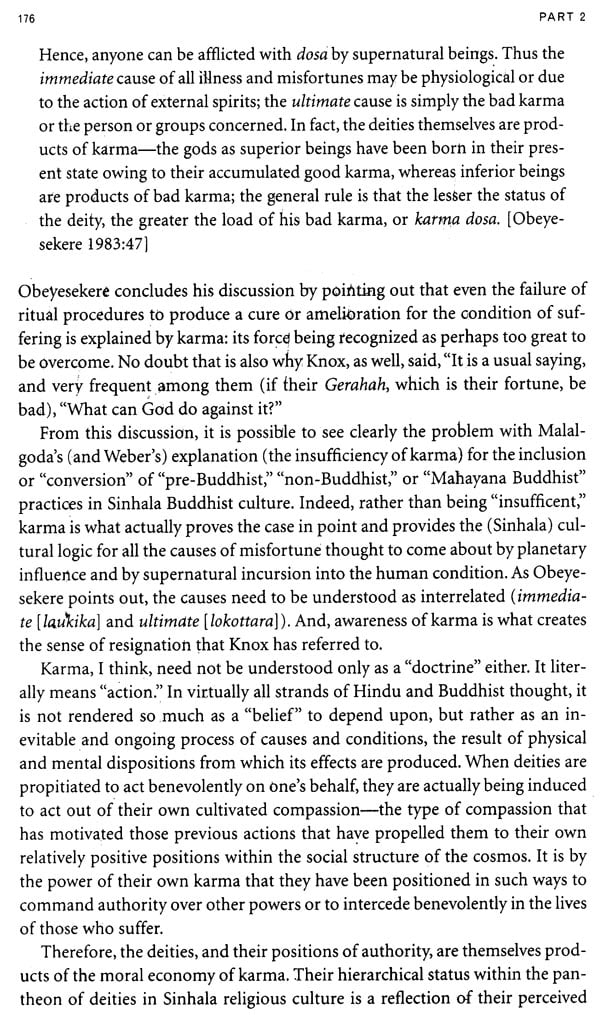 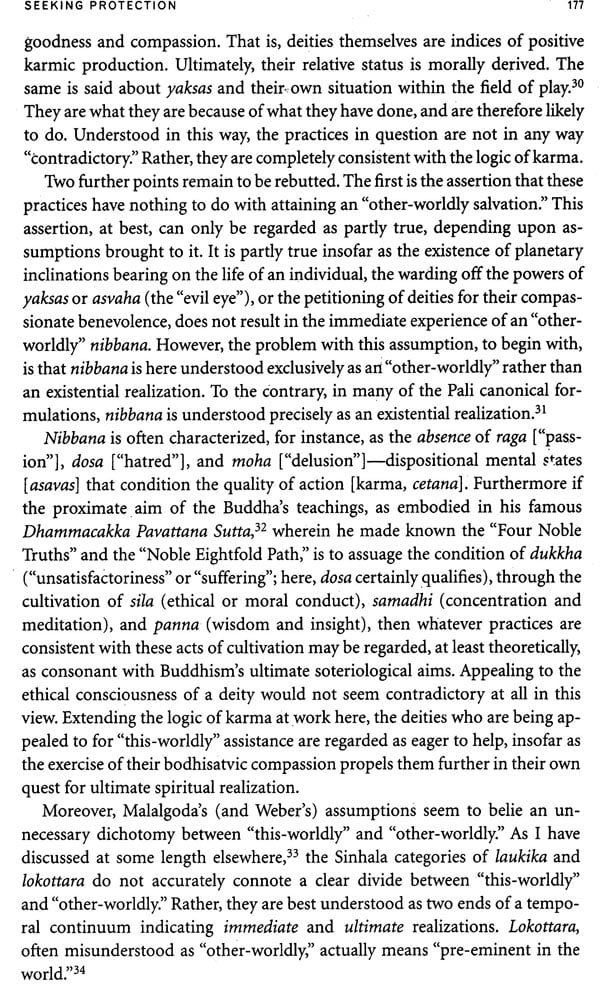 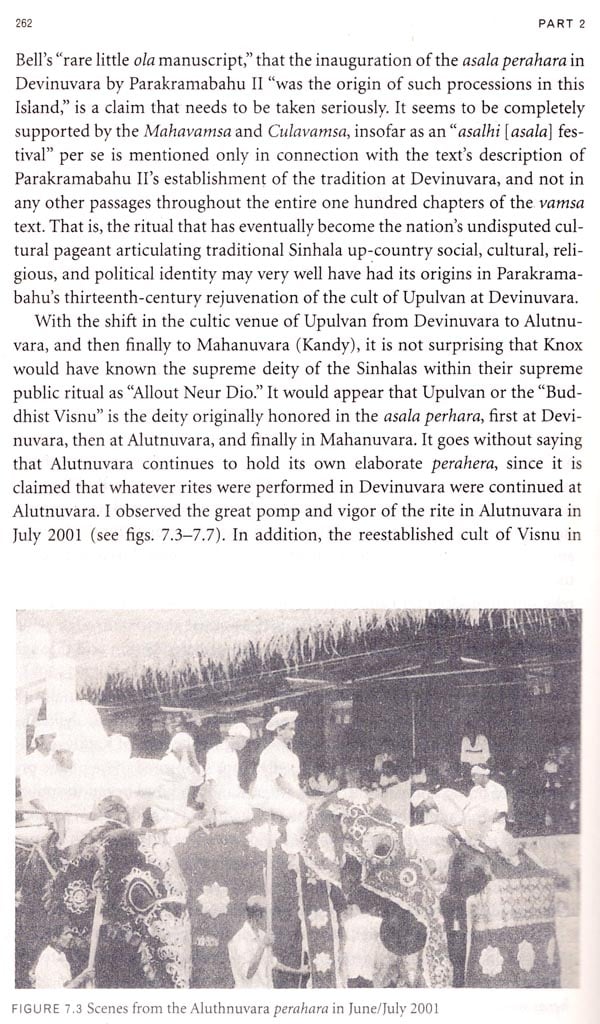 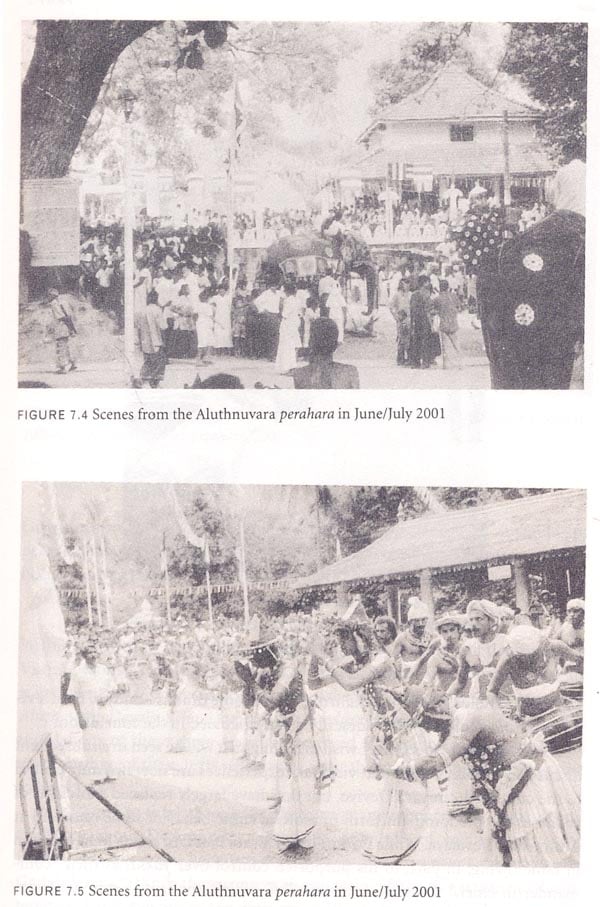 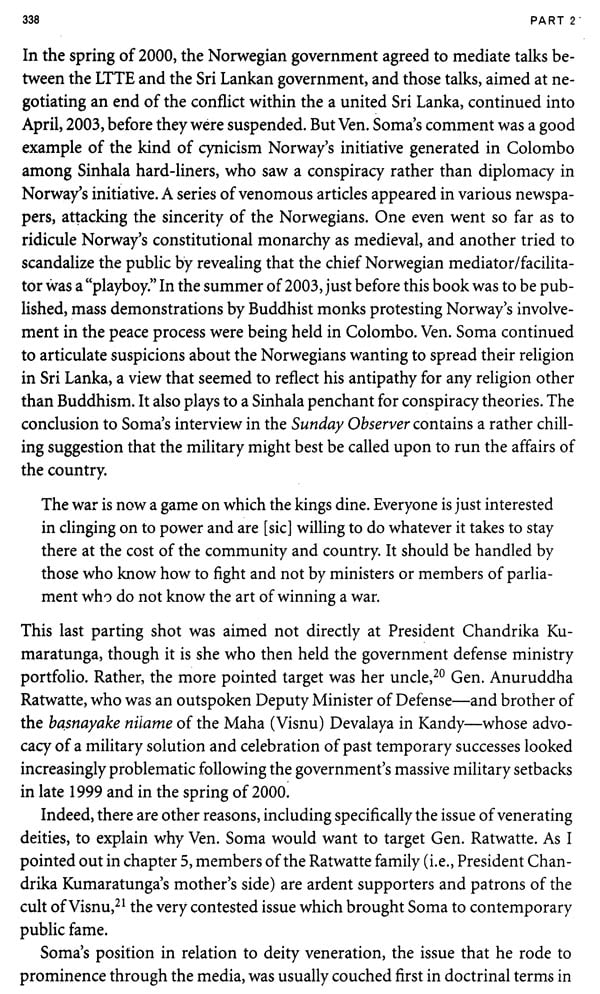 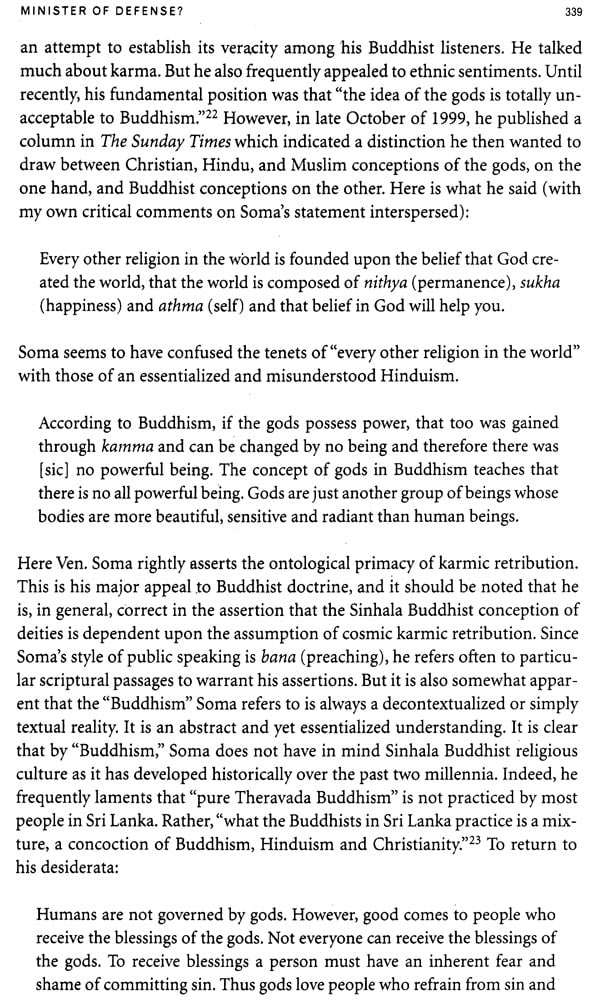 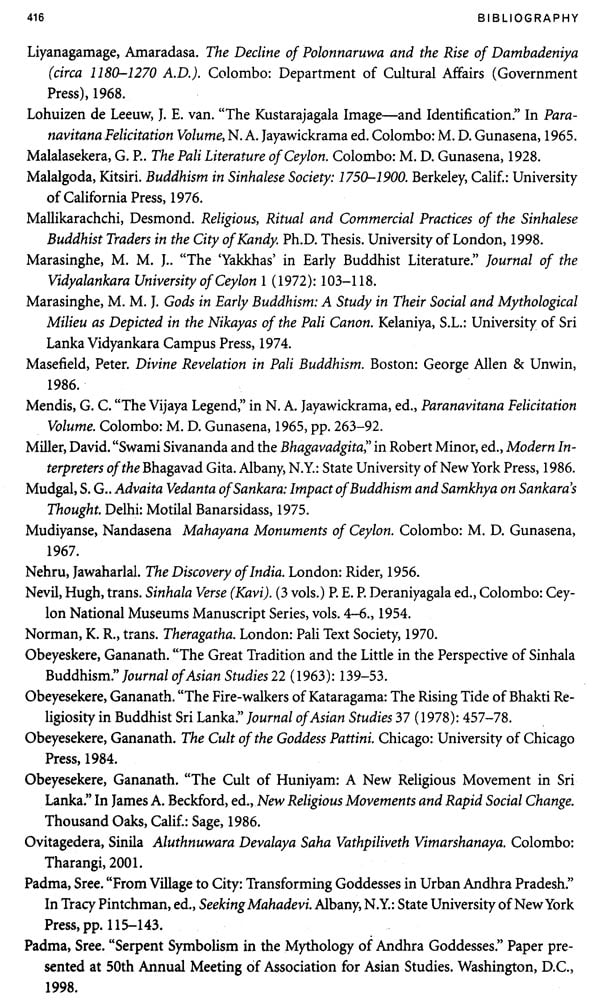 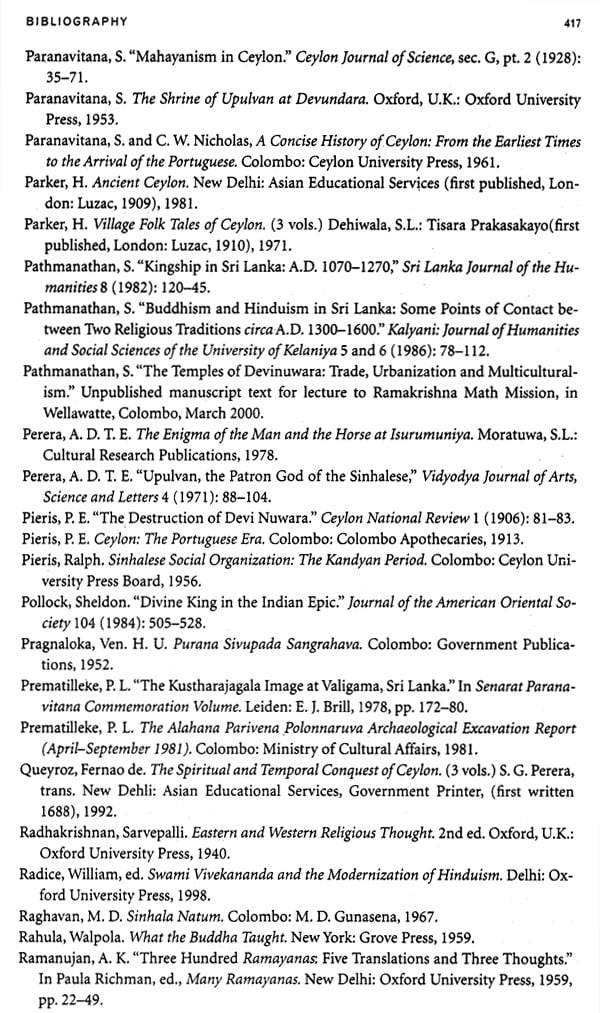 A Manual of Key Buddhist Terms (Categorization of Buddhist Terminology with Commentary)
By Lotsawa Kawa Paltseg
$27.75
FREE Delivery
$37  (25% off) 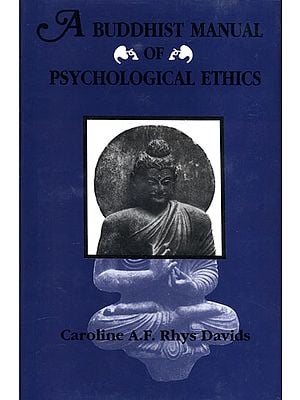 Buddhist Logic and Epistemology (Studies in the Buddhist Analysis of Inference and Language)
By Bimal Krishna Matrilal & Robert D. Evans
$24.75
FREE Delivery
$33  (25% off) 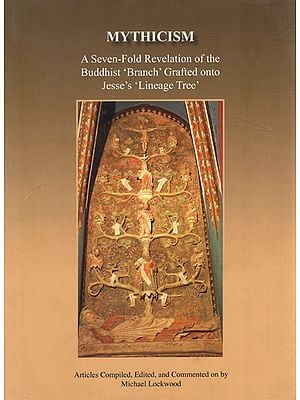 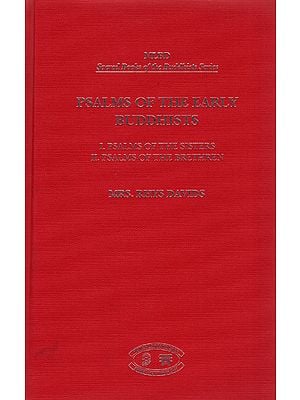 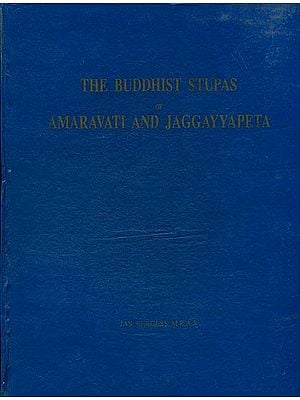 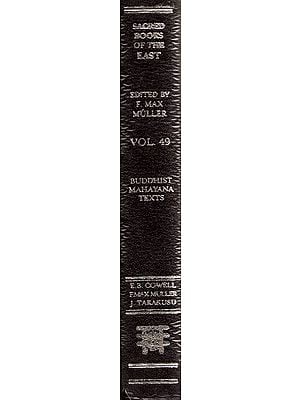