C.N. Sreekantan Nair (Vision and Mission of A Theatre Activist)

C.N. Sreekantan Nair born at Trivandrum in 1928. Since 1954 he worked as a fulltime journalist. From 1954 onwards we see him as an active worker in multifarious literary activities mainly theatre and its allied activities till his death in 1976. These 48 years could see in him an able organizer, a sincere politician, an astute journalist, a notable playwright, and an ace director.

Abhilash Pillai born in 1969 had his Schooling from Kendriya Vidyalayas. He had his higher education from School of Drama, Thrissur, University of Calicut, National School of Drama, New Delhi, Royal Academy of Dramatic Arts, London. At present he is working as Lecturer in NSD New Delhi. 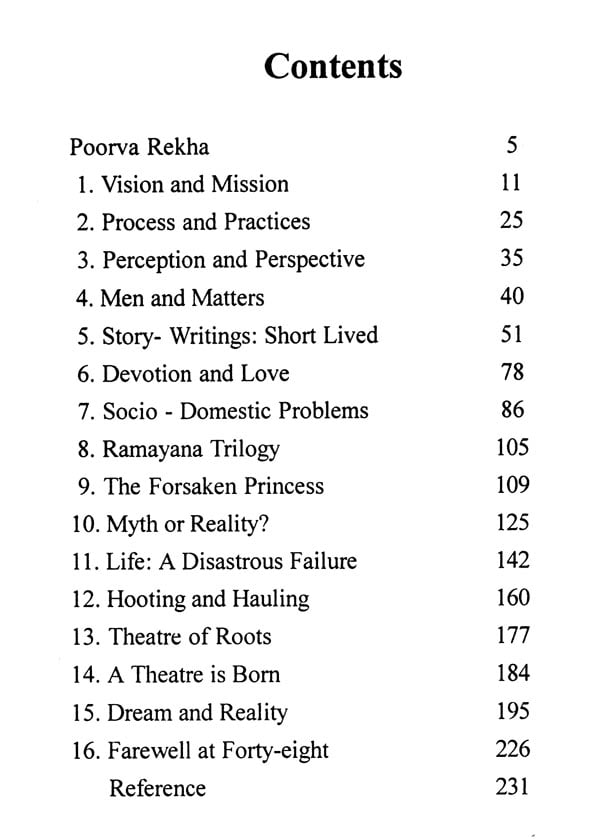 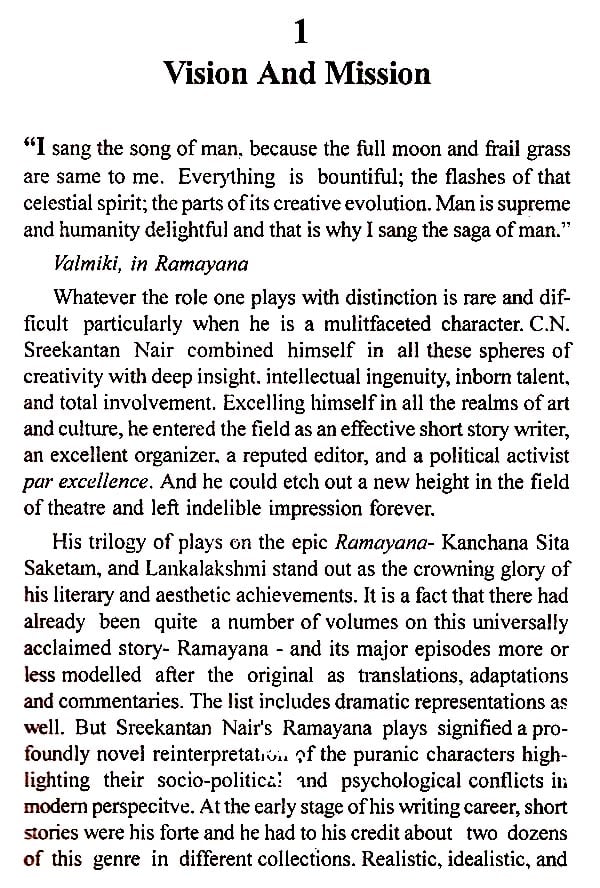 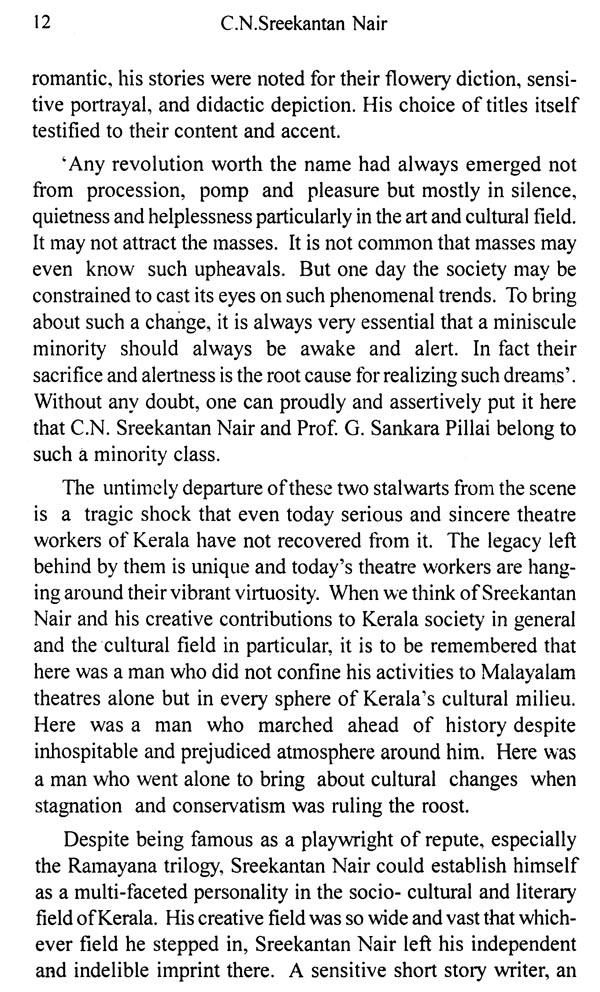 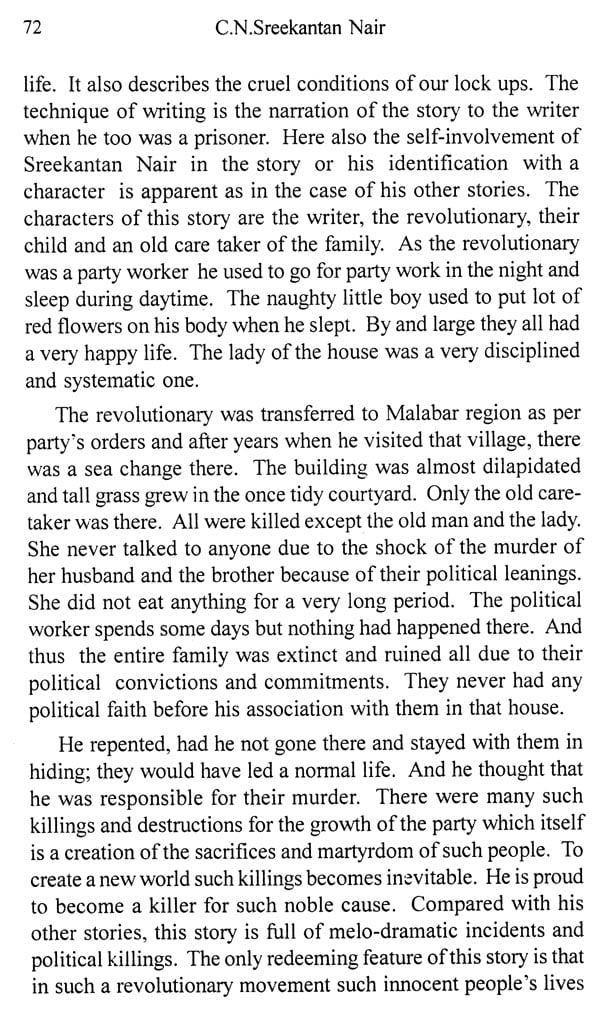 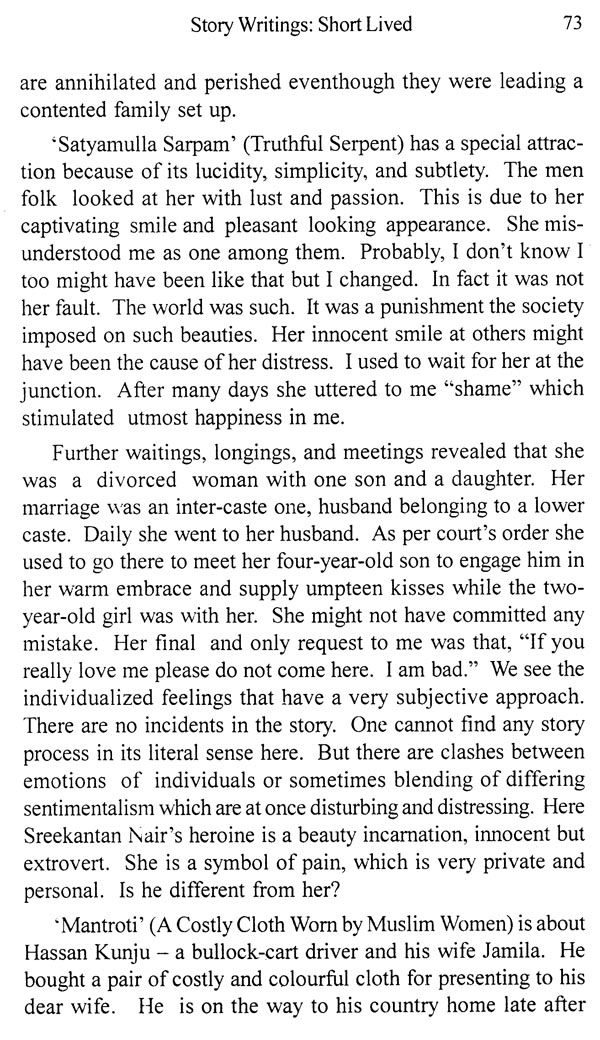 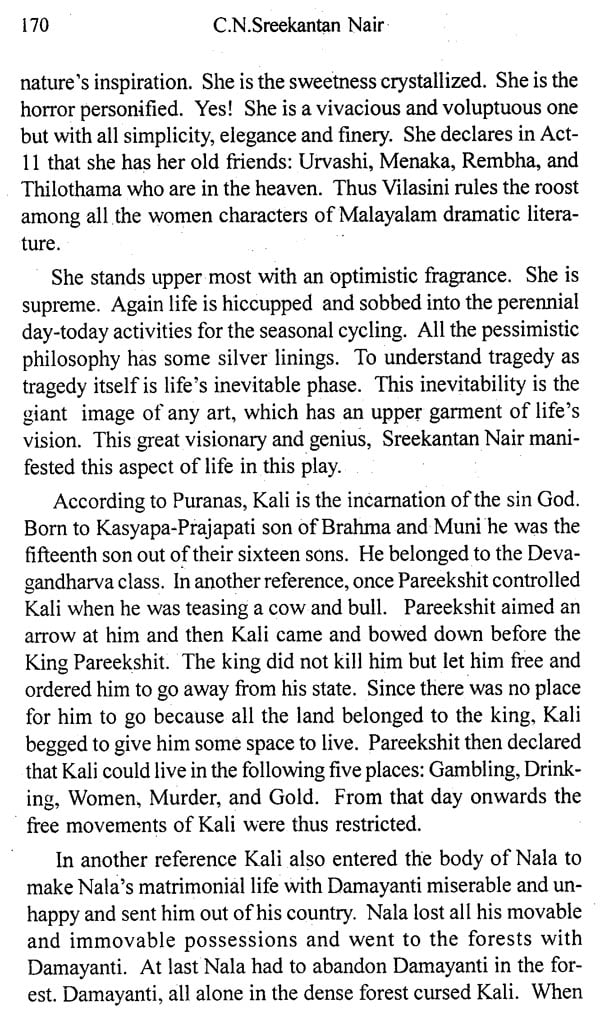 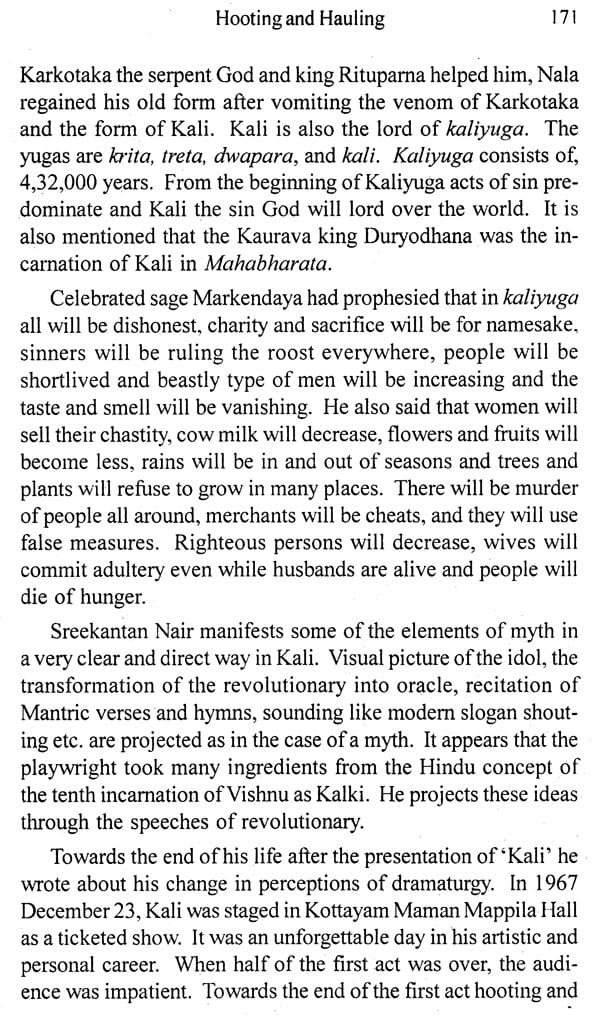 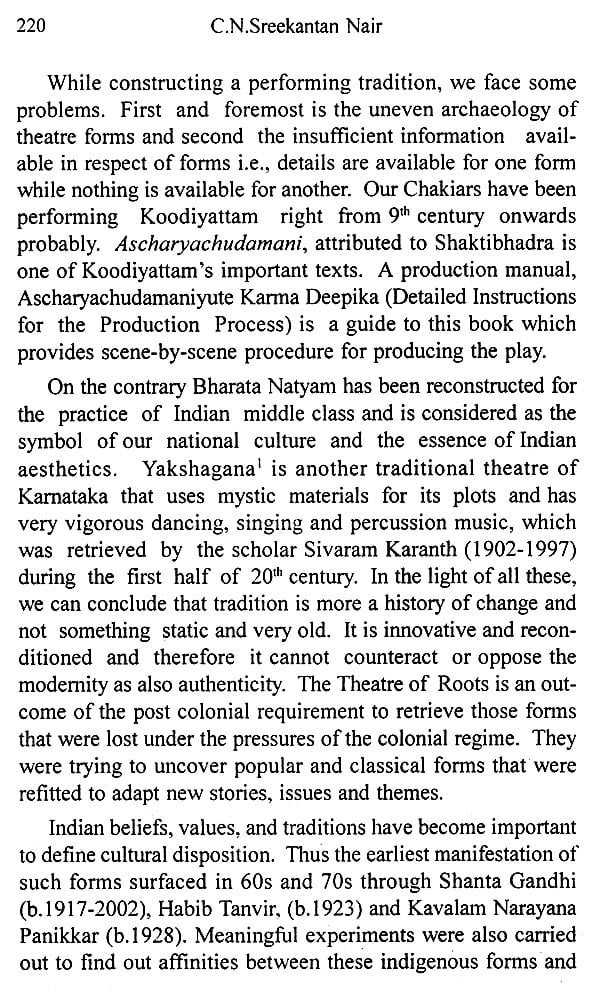 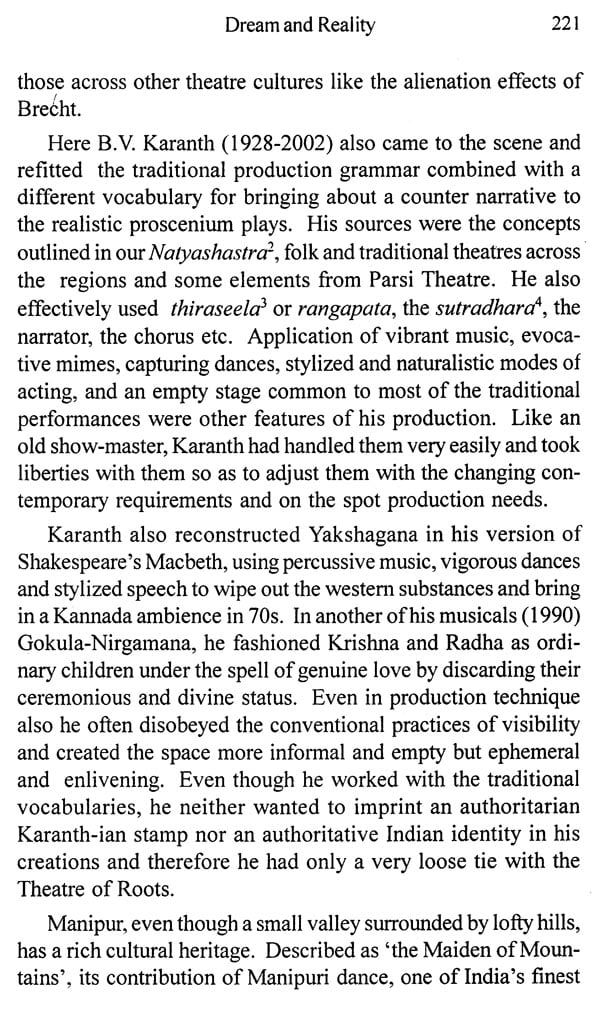 Painted Abode of Gods Mural Traditions of Kerala
By A. Ramachandran
$155
FREE Delivery Thattakam: A Novel from Kerala
By Kovilan and Vasanthi Sankaranarayanan
$24.80
FREE Delivery
$31  (20% off)