Chandah Kaustubha: The Jewel of Prosody (With the Commentary of Baladeva Vidyabhusana) 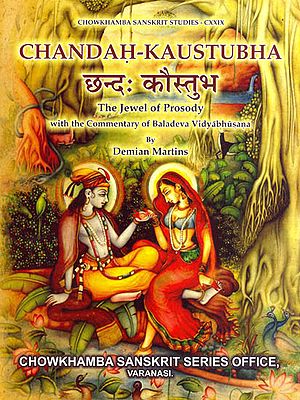 $29.00FREE Delivery
Ships in 1-3 days
Notify me when this item is available
Introduction

Prosody is at least as old as the texts that appeared in written form, the Vedas, in which we see a diversity of metrical forms. In traditional Vedic learning, prosody is called chandah and is counted as one of the six Vedangas, or limbs of the Vedas, which include vyakarana (grammar), nirukta (etymology), siksa (phonetics), jyotisa (astronomy) and halpa (sacrificial rules). The Panintya-siksa (41-42) describes the importance of the Vedangas as follows :

“Chandah is the fact of the Vedas, kaspa is the hands, jyotisa is the eyes, nirukta is the ears, siksa is the nose, and vyakarana is the month. Therefore one who has studied the Vedas with all is limbs become exalted in Brahma-loka.”

Such is the important of chandah that it is given the position of support of the Vedas. Knowledge of chandah plays an essential role in the accurate recitation of the Vedas and in the composition of treatises in Sanskrit. It is a very ancient custom to write whole books in one or more meters, the purpose being twofold: to facilitate the memorization of the text and to make it suitable for melodic and rhythmic recitation. Another aspect common in Sanskrit literature is the poets’ use of chadha to fully display the dimension of their scholarship; the vast majority of Sanskrit texts were composed in verse (padya) rather than prose (gadya). Those who are not conversant with chandah are rebuked in the Brhaddevata.

“One who teacher or recites the Vedas without knowing the rsi, the metre, the deity and the application is born as the most sinful.”

In a similar way, in the Chandah-haustubha (1, 4) we find the following verse;

“Without knowing the characteristiiics of the different meters, those who read poetry in public place act as if cutting their own heads without realizing it.”

The would chandah is used primarily in the sense of prosody and an also refer to the Vedic themselves. Its etymological formation is the Unlade-sutras (4.224): cander ades chah means, it comes from the verbal root cand, which is then changed to chand to his commentary on this verse, Svetavanavast explains the word chandah: candati ahiadayati vaidikan iti cchandah vedah-“That which gladdens the Vedic followers is called chandah or Veda itself In the Nirukta (7, 12), yaska defines it in the following why: chandamsi chadanat-“Poetic meters or the Vedas are called chandah because of covering “The refers to a passage of the Chandogya Unpainted (1.4.2): devavi mrtyor bibhyatas trayim Pravisams te chandobhir acchadayan yad ebhir acchadayams tac chandasam chandas tvam-Being afraid of death, the demigods entered in the three Vedas and covered (acchadayan) themselves with the Vedic hymns. By this reason they are called chandah.”

The compiler of the original treatise on prosody named “Chadah-sastra” was the sage Pingala often revered here by Radha-Damodara and Baladeva Vidyabhusana as an incarnation of Ananta Sesa. There are several narrations that describe Ananta Sesa displaying His transcendental proficiency un chandah. In Laksminatha Bhatta’s commentary on the first verse of the Prakrta paingala, the following account is given: Desiring to know the extension of t he earth plant situated on one of His hoods, once Sesa-naga appeared in Bharata varsa assuming the from of a brahmana called Pingala. Knowing this, His old enemy, Garuda, chased Him. Promptly thinking of a way to escape, Pingala told him; “Hold on! Don’t you know that I am a great poet? Just look how I can write an unlimited amount of metrical combinations. If you see me repeat any of them, you can eat me up immediately.” As Garuda agred, Pingala started to draw on the ground all the different prastaras (expansion) of meters containing from one to twenty six syllables. Gradually proceeding towards the coast, and far before finishing all the possible combinations of metres, Sesa reached the seashore and jumped in the water, leving Garuda perplexed. In the beginning of Bhikharidasa’s Chando’rnava we find the allusion to another episode: Once Sesa came out from the water and was enjoying the sunshine while laying on a rock. Seeing Him in such a relaxed state, garuda took the opportunity and gabbed Him right away. Sasa then pleaded, “No one besides Me knows Me knows the science of chandah. If you eat Mme, this knowledge will be lost. Let me transmit it to you that at least there will be someone to teach this science to the future generations. After hearing it from me, you can satisfy your hunger as you wish.” After thinking for a moment, Garuda agreed under the condition that sesa would not try away. As both of them complied with each other condition, Seasa narrated the chandah sastra in such a fascinating way that Garuda became totally mesmerized, Seeing the chance to escape, Sesa then described the metre called “bhujjangaprayta”, and pronounced its name four times. Garuda did not say anything, and Sesa quickly disappeared in the water. Coming to his senses, Garuda protested, “You cheated me,” to which Sasa replied from a good distance, “I informed you that I was going away by saying “bhujangaprayata” several times, and since you did not say a word, I took this as a permission. Farewell! ”

There are innumerable texts on chandah, among which Chandah kaustubha is a distinct work from many perspective; just as Jiva Gossamer Hari-namartd vyaharana is an ingenious treatise in the field of Sanskrit grammar-a pioneer in the Gaudiya line-so is Radha-Damodara’s Chandah kaustuubha in the field of prosody, in the same spirit, both the author and the commentator, Baladeve Vidyabhusana, bring the Gaudiya mood of worship of Sri Sri Radha and Krishna while teaching the technical details about the formation of poetic meters. One of the remarkable futures here is that the aphorisms laying the rules for each metrical pattern are themselves written in those respective meters, without the need of further examples, In a few instances, Vidyabhusana supplied examples while the author himself did not the sake of concision. Despite the omission of the Vedic meters, herein a total of 264 laukika (common) metres are defined and exemplifies, after which follow two chapters describing the pratyaya (analysis) of syllabic and moraic metres with their respective charts. These charts serve as a useful tool to quickly identify any meter and it’s diverse Chandah-Kaustubha one of the most comprehensive and lucid treatises on classical Sanskrit prosody ever composed. 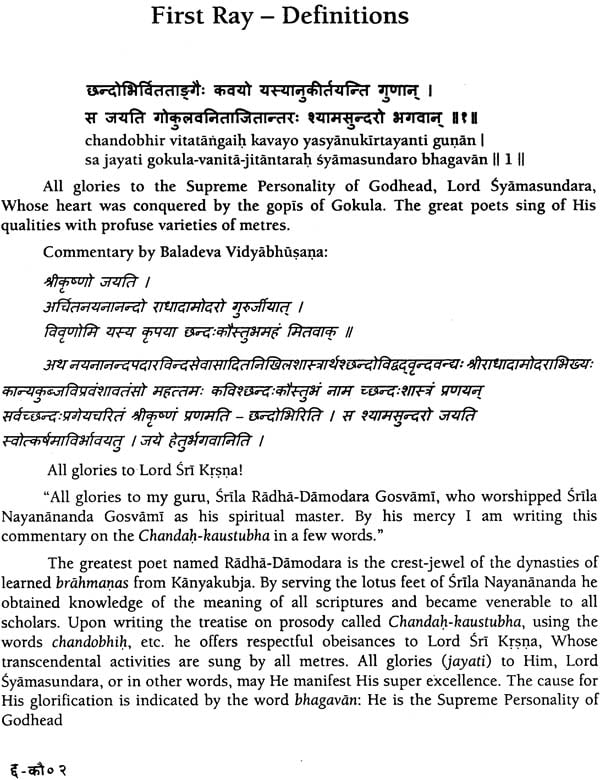 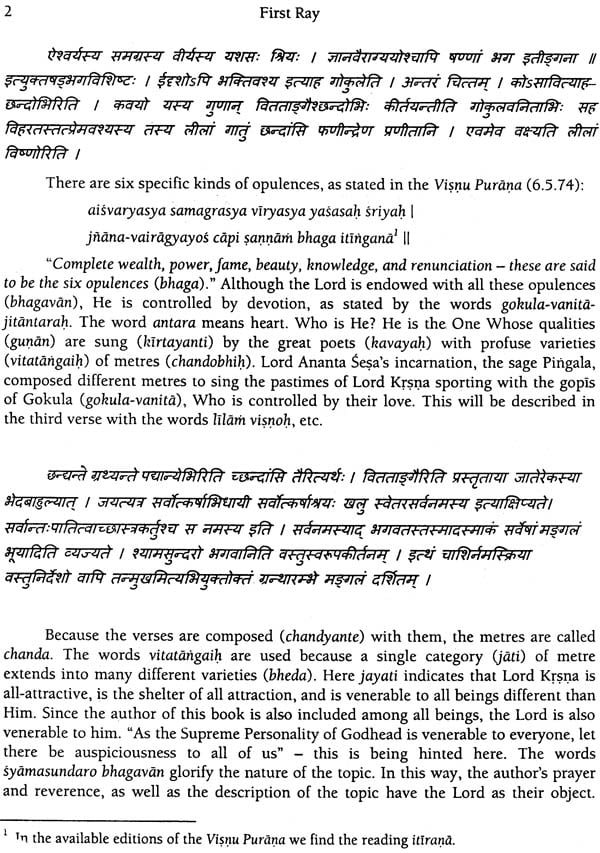 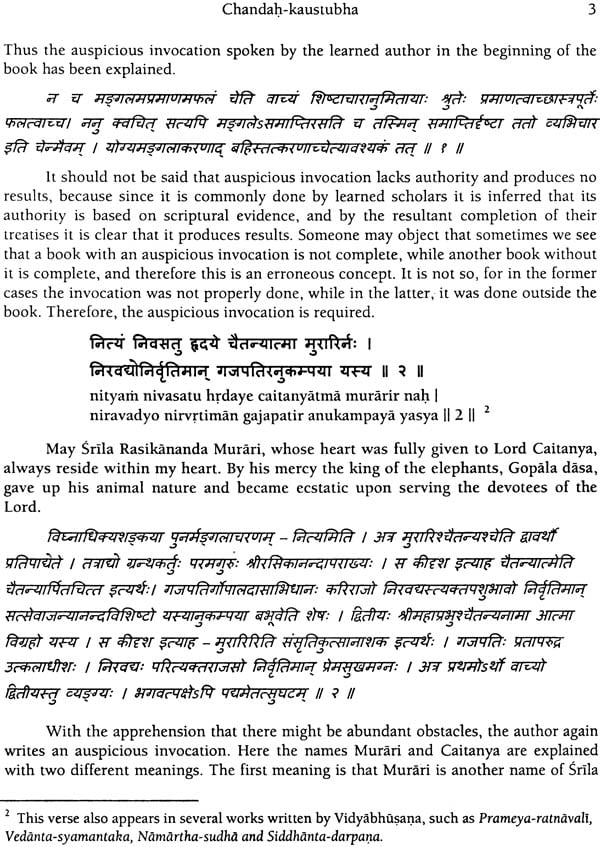 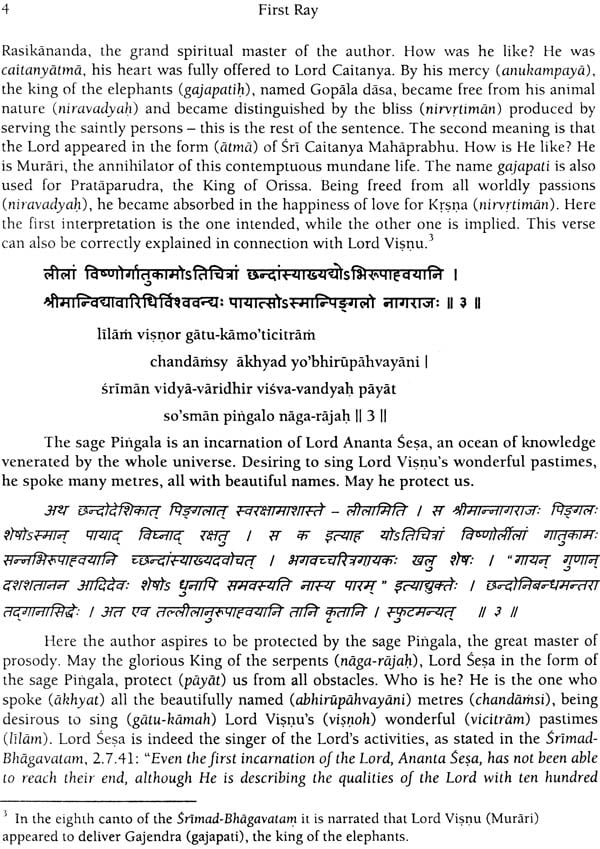 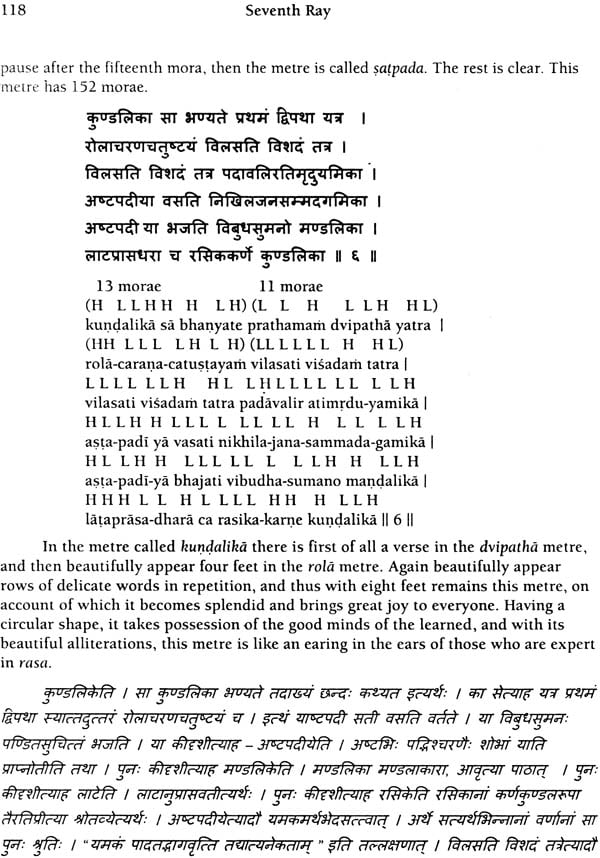 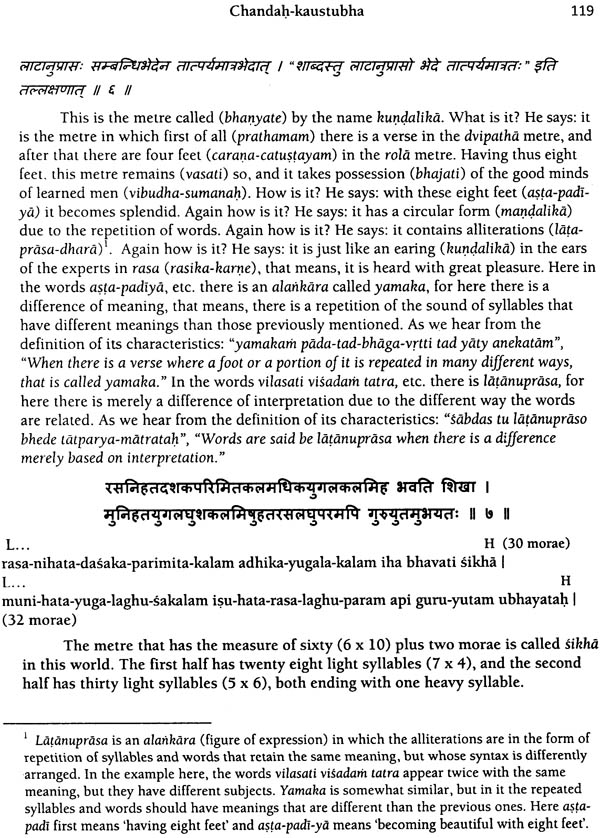 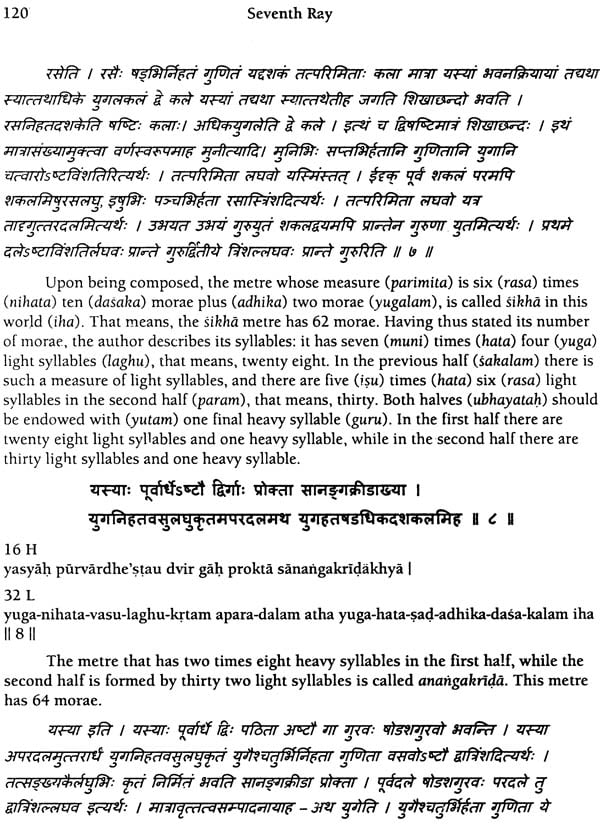 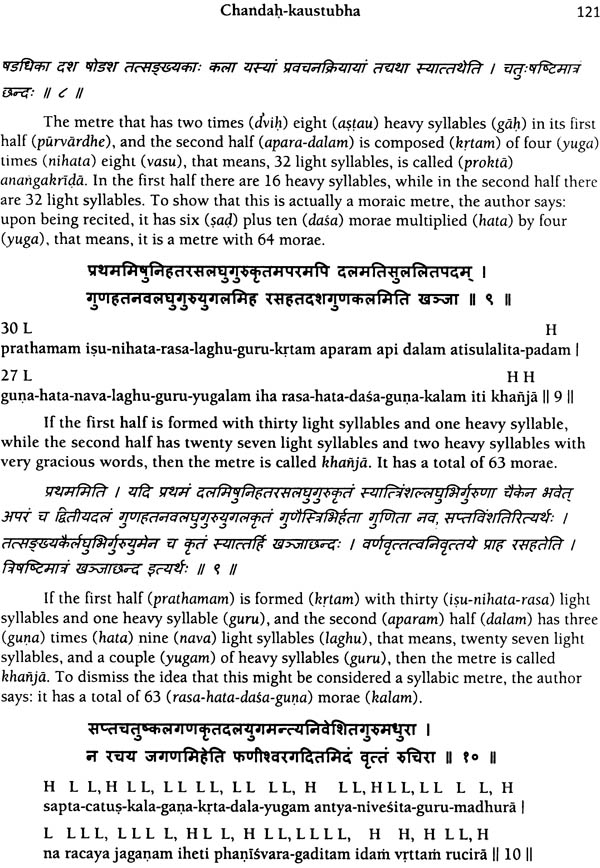 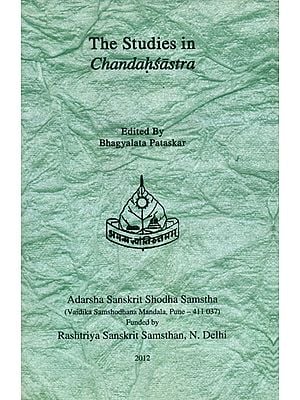 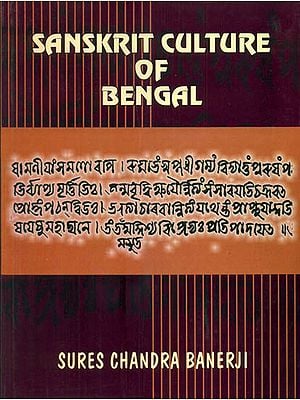