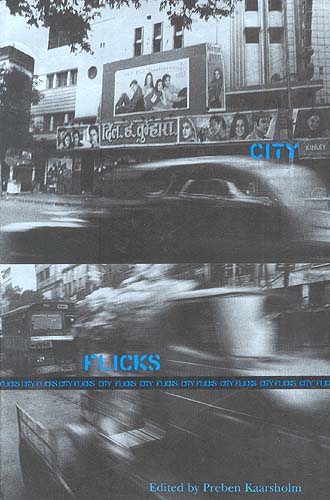 The growth of Indian film production, the significance of cinema in Indian society within and beyond India, and the rapid expansion of Indian cities and the urban lifestyle are closely linked phenomena. The relationship between cinema and modernity in the Indian cinema and modernity in the Indian context is both complex and multifaceted, and in this volume, some of the leading names in film and cultural studies explore its many dimensions.

The introductory essay sets the parameters of the discussions to follow, analyzing the interfaces between cinematic representation, globalization and city life. The essays range from discussions of urbanity and film language to realism and the Indian city in Bengali film of the 1940s; from the cultural resonances of popular Hindi film songs and the idea of the 'city' to realism and fantasy in cinematic representations of metropolitan Indian life; from cinematic aspects of Salman Rushdie's Midnight Children to genre, narrative form and film style in contemporary Indian urban action films; from the complexities of female spectatorship for the urban vigilantism of Telugu heroine Vijayasanthi, to an analysis of the current primary of 'Bollywood' in today's media-driven urban environment; and finally, to the cultural impact and influence of Indian films in diaspora communities in Fiji, Australia, Nigeria and South Africa.

Dealing as it does with the intersection of vital contemporary cultural phenomena - cinema, the city and the modern - these thought provoking essays are a valuable addition to current scholarship in the field.