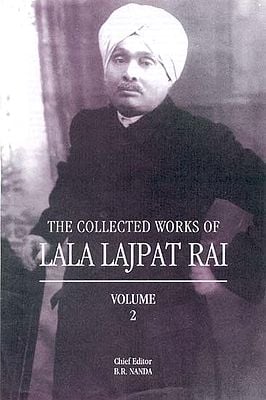 Lala Lajpat Rai was one of the outstanding leaders of modern India, a contemporary of Dadabhai Naoroji, Tilak, Gokhale and Gandhi. His public life spanned the last decade of the nineteenth century and first three decades of the twentieth century. In his twenties he practised law at the Lahore Chief Court and built up a lucrative practice but was drawn very early into public activities pertaining to religious, educational and social reforms and then to nationalist politics.

Lajpat Rai was one of the foremost leaders of the Indian National Congress in the years before the First World War. His arrest and deportation without trial to Burma in 1907 created great sensation in India. He spent the war years in the United States promoting the Indian case for self-government. He returned to Indian to 1920 and presided over the historic session of the Indian National Congress at Calcutta which approved of Gandhi's programme for non-cooperation with the Raj. Later, he was the deputy leader of the Swaraj Party in the Central Legislative Assembly. He remained active both in provincial and national politics in the 1920s. While leading a demonstration against the Simon Commission at Lahore in 1928 he received injuries in an assault by the police which hastened his death.

The Second Volume in this series covers the period from 1901 to 1906 which witnessed a great spurt in Lajpat Rai's political activities. In the summer of 1905 he visited England as a delegate of the Indian National Congress along with Gokhale, when general elections were imminent in that country, and put forward the claims of nationalist India before the British electorate and political leaders. He also undertook, on the suggestion of Sir William Wedderbun, a month-long tour of America.

On his return to India he attended the annual Congress session at Banaras in December 1905 and played an important part in the efforts to avert a clash between the 'Moderates' and 'Extremists'.

Though engrossed in nationalist politics, Lajpat Rai continued during this period to work for the Arya Samaj and the D.A.V. College and to participate in relief work when there was a famine or a natural disaster, such as an earthquake.

B.R. Nanda, Chief Editor of the series, formerly Founder-Director of the Nehru Memorial Museum & Library, is a leading historian of modern India and is the author of Mahatma Gandhi: A Biography; Gokhale, Indian Moderates and the British Raj; The Nehrus: Motilal and Jawaharlal; Jawaharlal Nehru; Rebel and Statesman; Gandhi and his Critics; Gandhi: Pan Islamism, Imperialism and the Nationalism; In Gandhi's Footsteps: Life and Times of Jamnalal Bajaj; The Making of a Nation: India's Road to Independence; In Search of Gandhi, and other books. 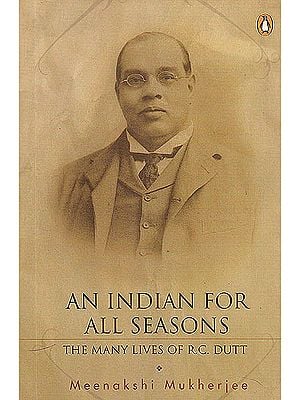