A COMPARATIVE STUDY OF THE PRATIMOKSA (On the Basis of Chinese, Tibetan, Sanskrit and Pali Versions) 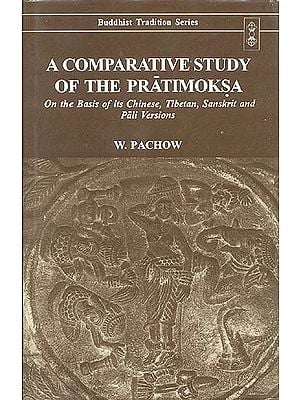 ¥3584
Notify me when this item is available
Save to Wishlist Send as E-card Share by Email
About the Book:

The Pratimoksa is a code of Buddhist monastic disciplinary rules governing the daily conduct and decorum of bhiksus (monks). It was established by the Buddha on various occasions out of necessity. This work discusses the historical, cultural, religious and social issues in ancient India in relation to the rationale of formulating particular precepts. Depending on the special circumstances some of the rules may be enforced or suspended. On the basis of this code the Buddhist Sangha has the authority to impose punishment on the offender which ranges from expulsion to sanctions of probation, penance, forfeiture, repentance or confession. By effectively enforcing the code of Pratimoksa and observing the fortnightly recitation ceremony related to this text, the Sangha may attain the fruition of purity, harmony and spirutual liberation.

This study has made an extensive comparison of the various versions belonging to different Buddhist sects in Sanskrit, Pali, Chinese and Tibetan languages. As a sequel it reveals how in a period of several centuries this code had expanded from 218 rules of the Mahasanghikas to 263 of the Sarvastivadins. Viewing the text from the historical perspective one may better understand the significance of the legal, social and religious life of the Buddhist Sangha.

DR. W. PACHOW is Professor Emeritus of Asian Religious and Buddhist Studies at the University of lowa School of Religion, lowa City, lowa, U.S.A. Prior to this position he studied in China and India and taught at the Visvabharati University, Santiniketan, the University of Allahabad, India, and the University of Ceylon, Peradeniya, Sri Lanka.

Besides the present work on the Pratimoksa, he has the following publications to his credit: 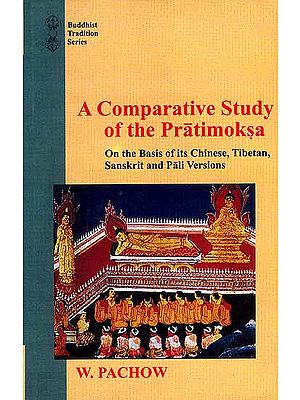 A Comparative Study of the Pratimoksa (On the Basis of its Chinese, Tibetan, Sanskrit and Pali Versions)
By W. Pachow
¥3752