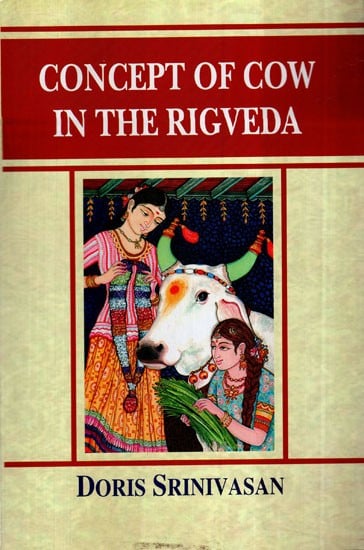 The purpose of this study is to isolate and define the concepts associated with the cow in the Rigveda so as to aid in the overall comprehension of passages wherein terms for ‘cow’ appear. The usual terms for ‘cow’ are aghnya (aghnya), usra, usriya, dhenu, go, vasa, and stari. Together, they occur nearly 700 times in the Rigveda, that is, more frequently than any other animal, and about as frequently as references to Indra, the most popular god in the Rigveda. The significant feature of this vast amount of material on the cow is that ‘cow’ terms appear in every major subject treated in the Rigveda. This text considers the economic, ritual and mythological aspects of Rigvedic life, though not with equal emphasis. The subject is dealt with in five chapters with a comprehensive analysis-Introduction, the cow in vedic economic life, in the vedic ritual, in vedic mythology and epithets. The Indra-Vrtra myth, the myth of the Panis and other mythological contexts are elaborately discussed. An exegesis on selected passage, Bibliography, Index of Rigvedic passages and word index are added for easy reference.

DORIS METH SRINIVASAN, born in Schwabisch Gmund, Germany, is a Professor of Indological studies. She was curator of South and South East Asian arts at Nelson-Atkins Museum in Kansas City, Missouri.

She received her B.A. (with honors ) from Hunter College, CUNY and earned a PhD from University of Pennsylvania on her dissertation `Concept of Cow in Rigveda'. She taught mainly South Asian Art and Religion at various universities including Columbia University, Barnard College, George Washington University and George Mason University.

She has authored more than 75 publications. Some of them include Many Heads, Arms and Eyes: Origin, Meaning and Forms of Multiplicity in Indian Art (1997), Mathura: The Cultural Heritage (1989), and Vishnu (2000).

I remember, with fondness, how as a graduate student, I walked into the study of W. Norman Brown and told him that I wished to do research on a topic which could give me a good understanding of the Vedic age. It was in 1963 and he had at that time been engaged in tracing the developments leading up to the sanctity of the cow in Hinduism. He suggested that a paper treating the concept of the cow in the Vedas would penetrate into different areas of Vedic culture. Although the, subject eventually came to be narrowed down so as to be a suitable dissertation topic, Professor Brown's acumen regarding the centrality of the cow in the Vedic period :proved to be totally correct. In this way I benefitted not only from his guidance, valuable discussions and encouragements, but also from his wisdom to introduce me to a subject capable of yielding further insights into aspects of Vedic religion and Indian art.

The present work is a much revised version of the original study completed in 1967 and written as partial fulfillment of the Ph.D. requirements at the University of Pennsylvania. I wish to thank the George Mason University Foundation for making available funds to type the final manuscript.

The manucscript was partially seen through press during my stay in India as Senior Research Fellow of the American Institute of Indian Studies. 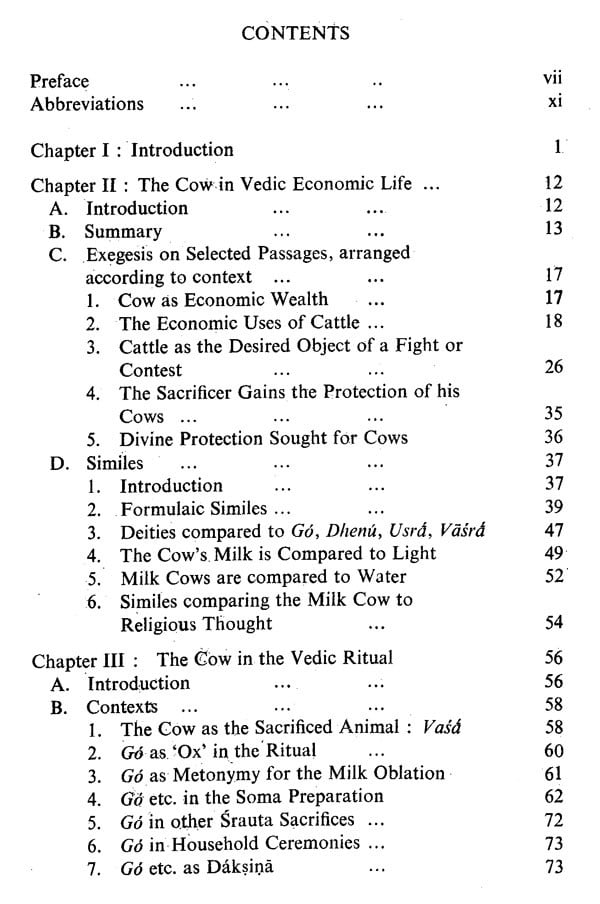 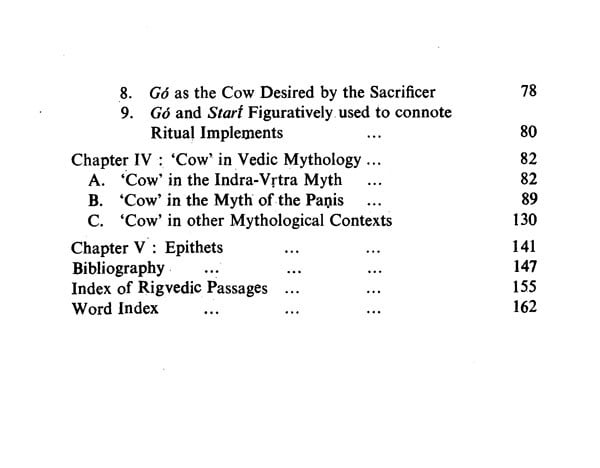 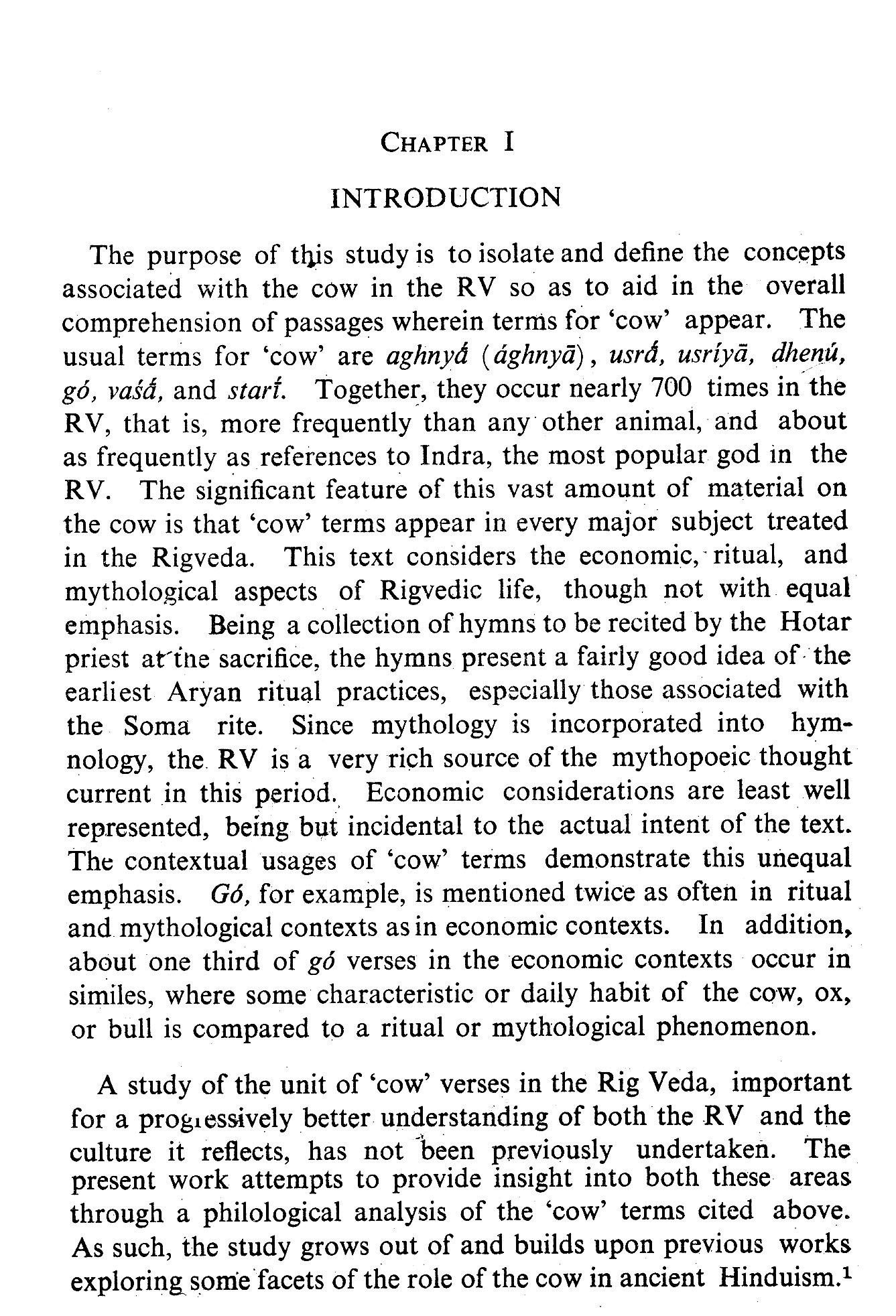 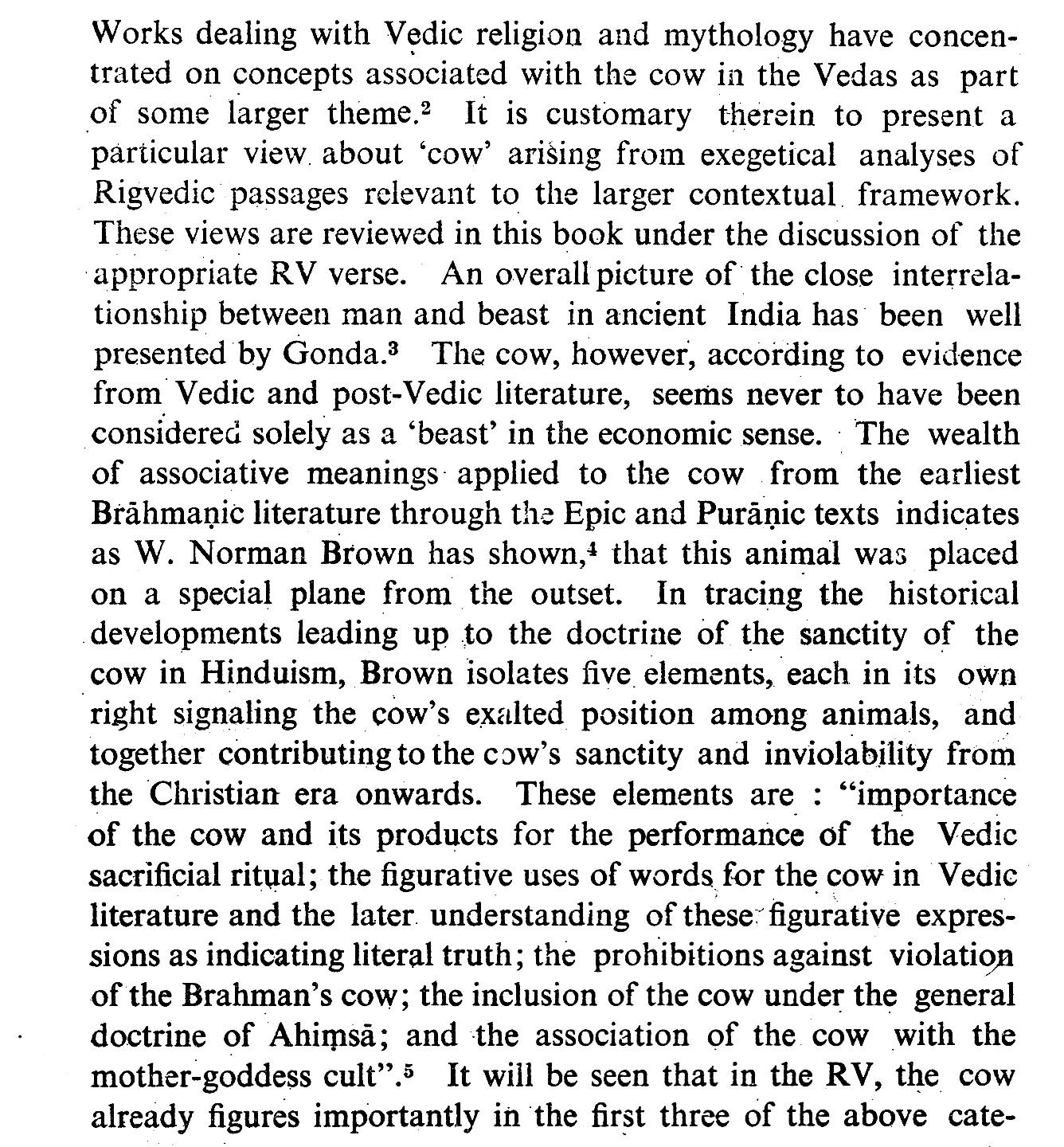 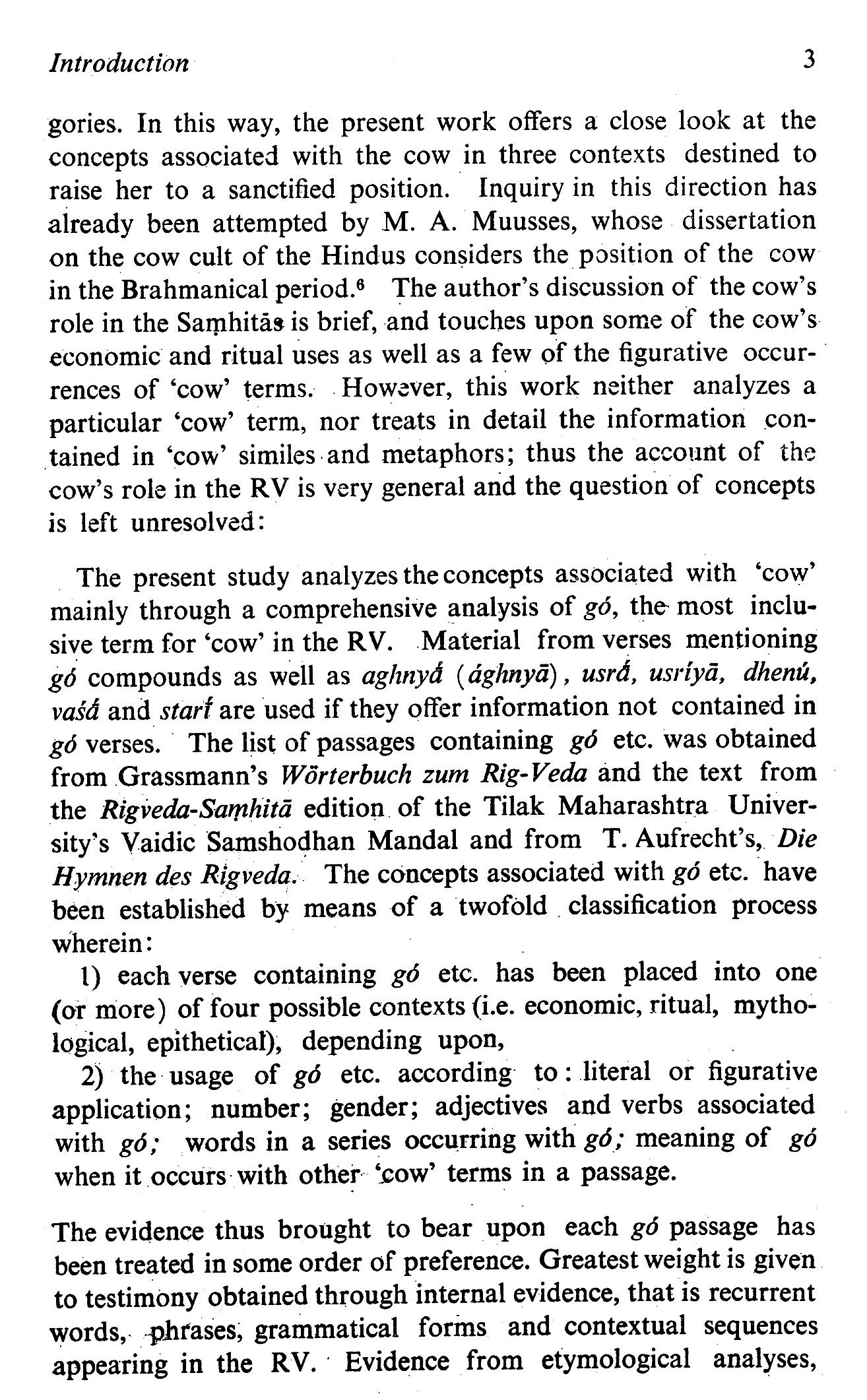 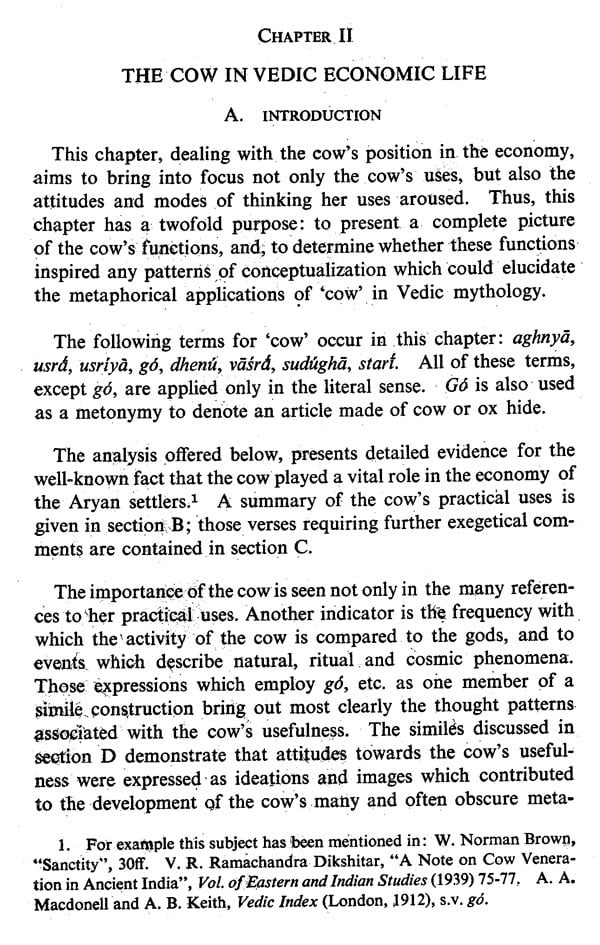 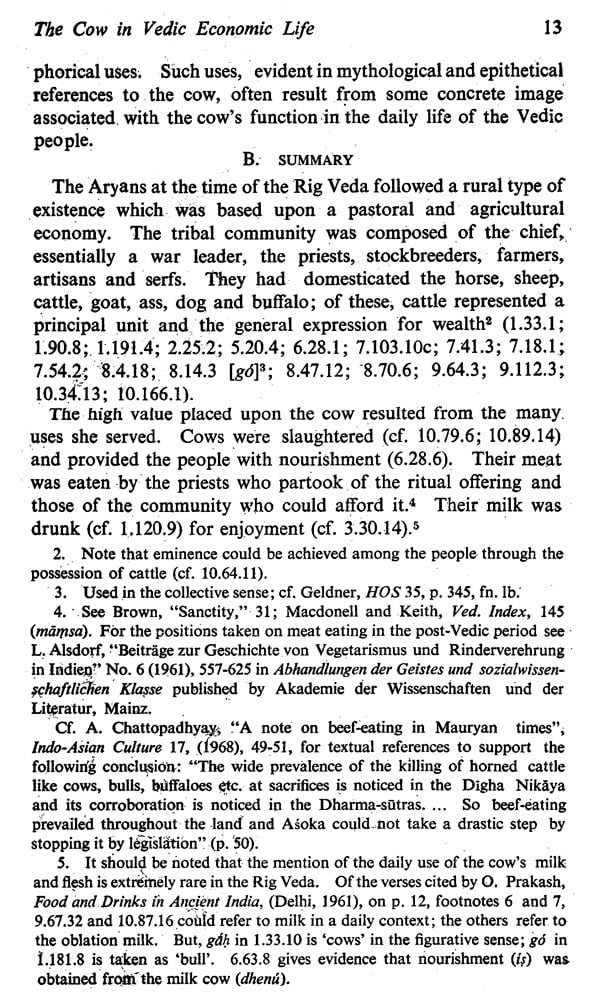 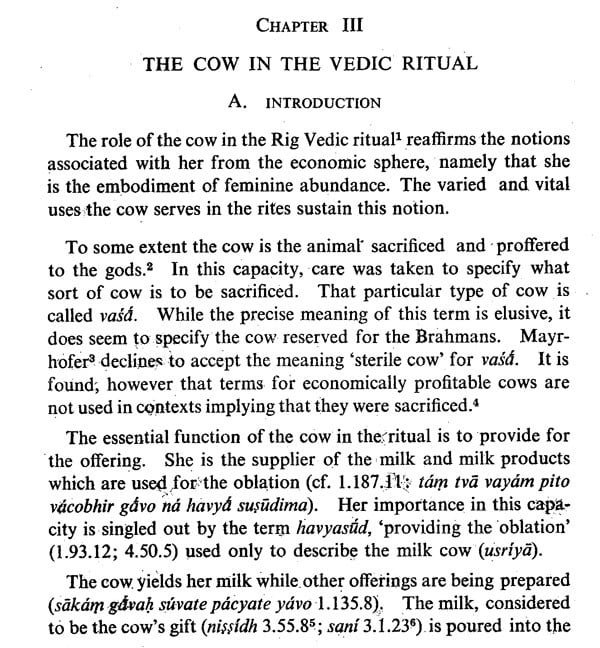