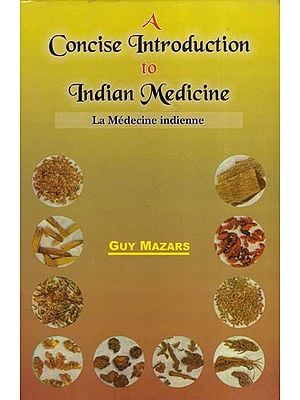 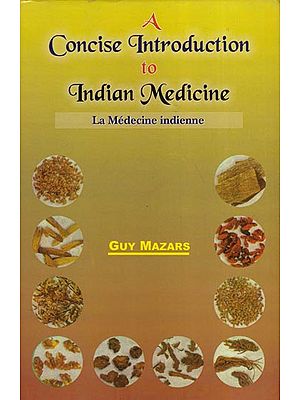 $29.00FREE Delivery
Ships in 1-3 days
Notify me when this item is available
About the Book
This is an ideal and brilliant book for readers wanting to know more about the Ayurveda and the other system of traditional medicine in India. The book sets Indian medicine firmly in its historical context, and provides a reliable and unbiased survey. Topics covered include: the origin and development of Indian medicine, its place in modern India and the world, and the theoretical and practical as-pacts of actual medical diagnosis, prognosis and therapy. Mazars' book takes account of the best of contemporary scholarship, and presents the results in a concise and easily under-stood format.
About the Author
Dr. GUY MAZARS, the former Secretary-General of the European Centre of the History of Medicine, is Head of the Group for research in ethno medicine at the University of Strasbourg (France), and is President of the European Society of Ethnopharmacology. The author received his Ph. D. in Indian Civilization from the University of Strasbourg in 1976. A pupil of the French ideologist Jean Filliozat (1906-1982), he has been studying Indian Traditional Medicine and Pharmacopoeia for over 25 years and has published numerous papers on the history of Ayurveda and the study of Indian medicinal plants.
Foreword
Guy Mazars' introduction to traditional Indian medicine has been available to the French-reading public for ten years.' It is a small masterpiece of clarity, presenting in a few pages a great deal of accurate and historically-informed information about the healing traditions of India, and especially Ayurveda.

During the twentieth century, much debate took place concerning the appropriate way to modernize Ayurveda within India.' How Ayurveda could be practiced most appropriately in modern India, what should be its relationship with modern establishment medicine? In more recent decades, Ayurveda has been going through the further process of globalization. Clinics from Madras to Manhattan now offer therapies in the name of Ayurveda.

Many international cosmetic and health retail chains offer products branded as ayurvedic.3 The term 'New Age Ayurveda' has been coined to describe these new forms that the tradition is taking.4 In spite of the fact that 'authenticity' is watchword for these commoditized forms of Ayurveda, almost none of these products or therapies would have been recognized by an ayurvedic physician practicing in India even two hundred years ago. The changes implicit in modernization are inevitable, and need not to be condemned, but to be understood.

The need for trustworthy information is a critical issue for Ayurveda. It is difficult for either doctors or patients to lay hands on genuinely reliable information about the background and meaning of ayurvedic medicine. And as governments outside India start to require the establishment of regulatory bodies and professional associations, the need for sound information becomes critical, if modernized Ayurveda is not to be branded as quack medicine. The last decade has seen an explosion in the publication of popular works promoting Ayurveda as a new therapy for the West, as well as for the westernized middle classes in India. All these books are written by authors who are primarily interested in promoting Ayurvedic therapy in practice. Almost none of these authors have either a critical awareness of historical issues bearing on Ayurveda, or any linguistic ability in Sanskrit, the language in which all the classic works on Ayurveda up to the nineteenth century are written. On the other hand, they often have a strong vested interest in increasing their client base or promoting product sales. The dominance of this kind of literature is not useful when trying to come to a balanced and properly informed opinion about ayurvedic medicine.

But it often seems to be the only literature easily available through normal channels. There is a strong need for informational works which are based on scholarly University-level research, such as the one presented here.

Guy Mazars' book is based on the first-hand study of the original Sanskrit literature of Ayurveda as well as a life-long engagement with ethno botany, and the observation of ayurvedic practice in contemporary India. It is a great pleasure now to be able to present a new English translation, specially commissioned for the series Indian Medical Tradition.

Introduction
The coexistence of western medicine and so-called 'traditional' systems of medicine is a feature of all health systems outside Europe. In Asia, traditional systems of medicine often cover more than 80 per cent of health requirements. India, the land of spices and the cradle of Yoga, is also one of the regions of the world where, far from disappearing in the face of the success of modern medicine introduced by Europeans, these systems of medicine are still widely practiced and offer advantages that meet the concerns of the World Health Organization. There are scholarly forms of these systems, inherited from ancient medical systems, based on written traditions, and popular forms transmitted orally. All of them evoke a growing interest among Western anthropologists, physicians and pharmacologists.

The most widespread of these systems, and the most famous, is Ayurveda, the Science (Veda) of longevity (coyer), an ancient medical system whose main theories were already fixed more than two thousand years ago. As we know from the oldest texts which have come down to us, Ayurveda is first and foremost remarkable for its scientific purpose. It may be described as based on reasoned observation, and offers a rudimentary but rational system of interpretation of the constitution of the body, its vital functions and diseases, according to a holistic approach to man that includes all somatic and psychic symptoms.

In the Western world, Ayurveda was unknown for a very long time outside a few specialist circles. It is only during the last ten or fifteen years that some ayurvedic practices (or what are so described) have begun to spread in America and Europe, especially in Germany, Italy and France. Unfortunately, this popularization has not always been accompanied, until now, by a critical reflection on the authenticity, safety and efficacy of practices whose antiquity and efficacy tend, too often to be exaggerated by the western press.

In this little book, I have endeavored to present an overall view of the traditional medicine of India from its origins until the present day, describing in turn its history, its theoretical foundations, its methods of prevention and treatment, the medical profession and lastly its present status and future prospects. 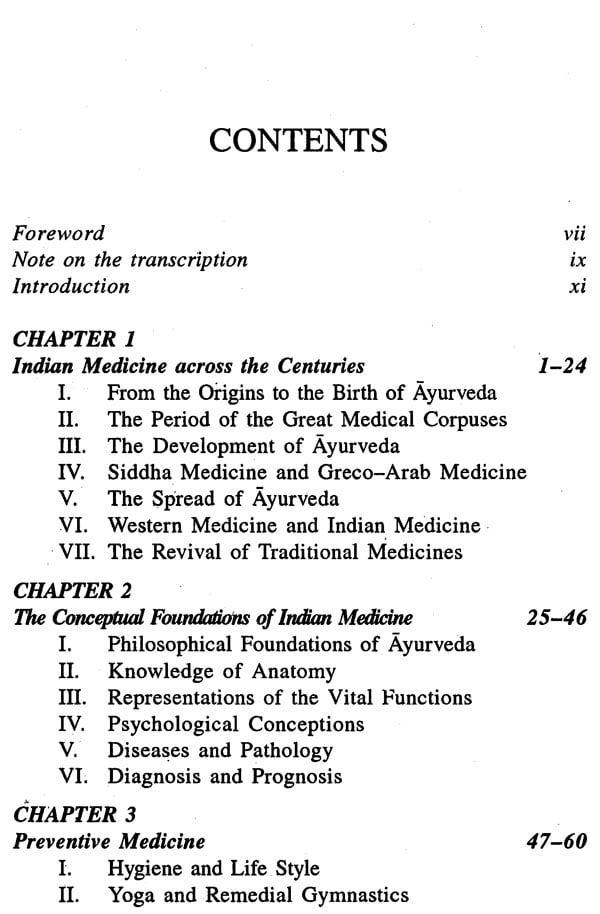 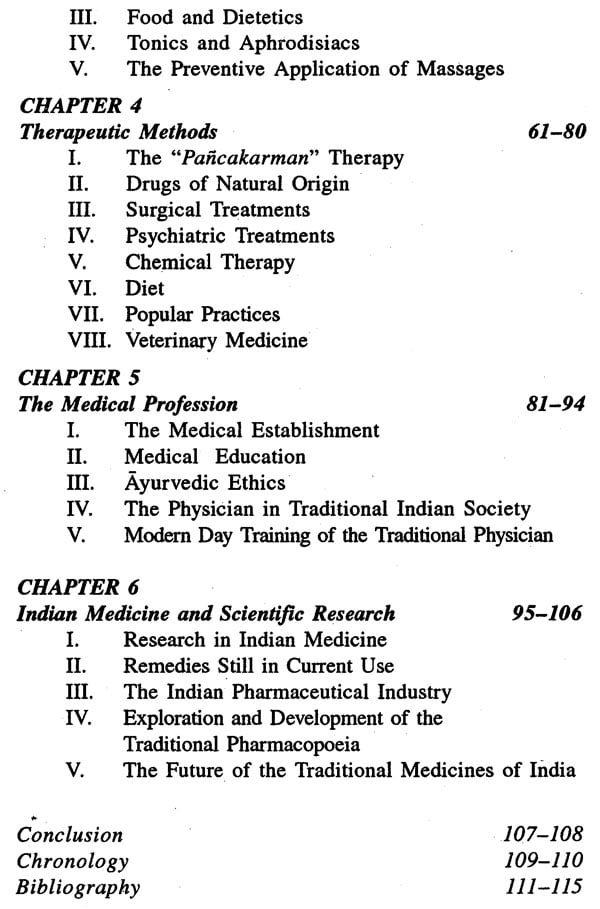 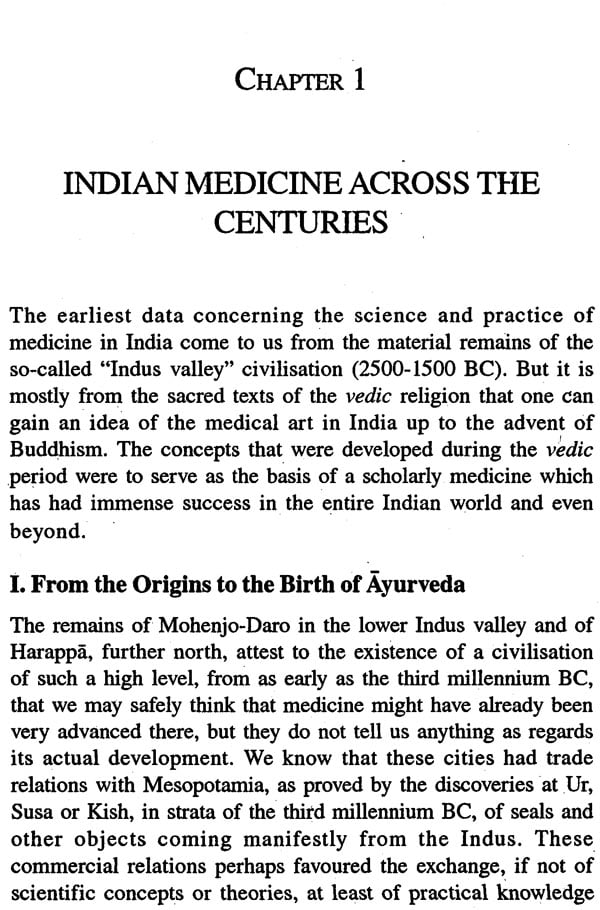 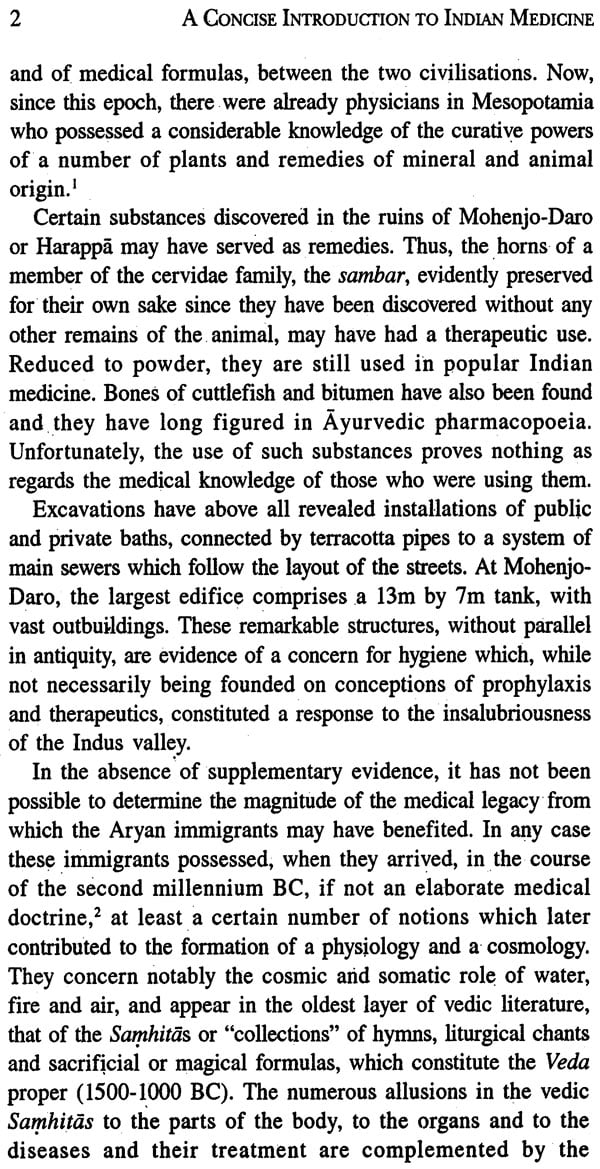 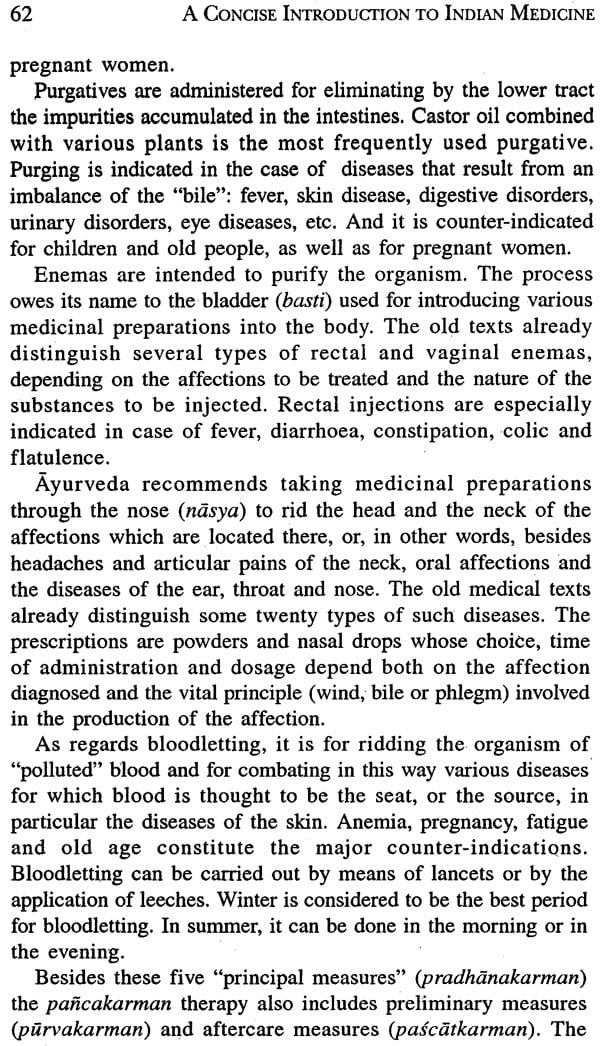 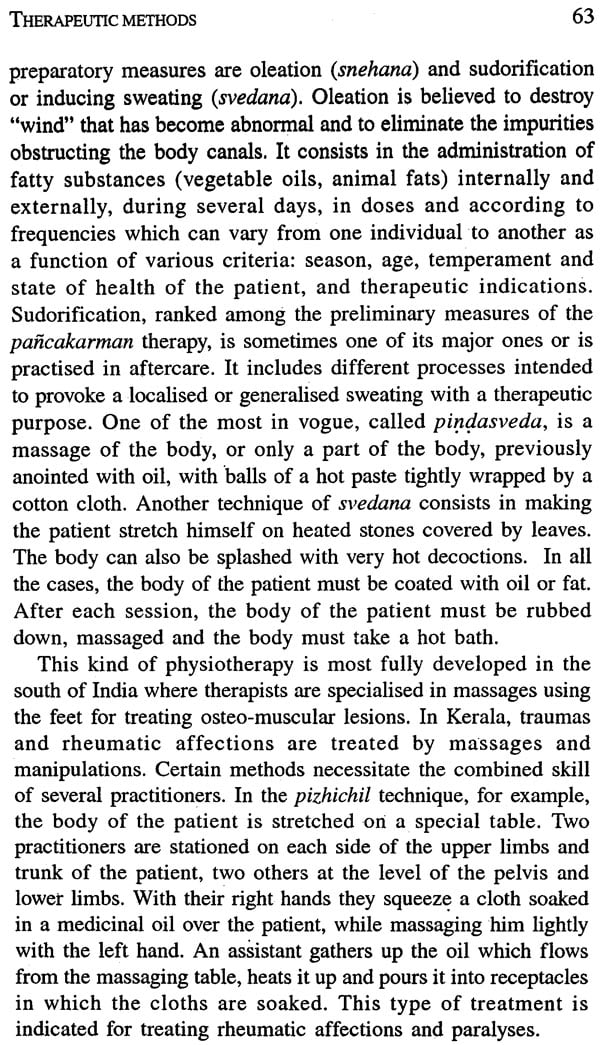 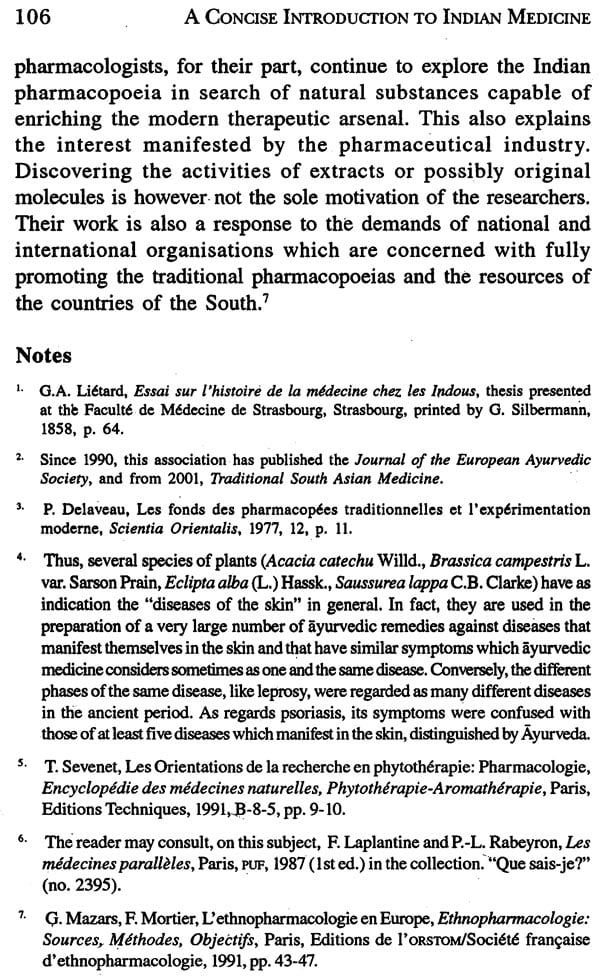 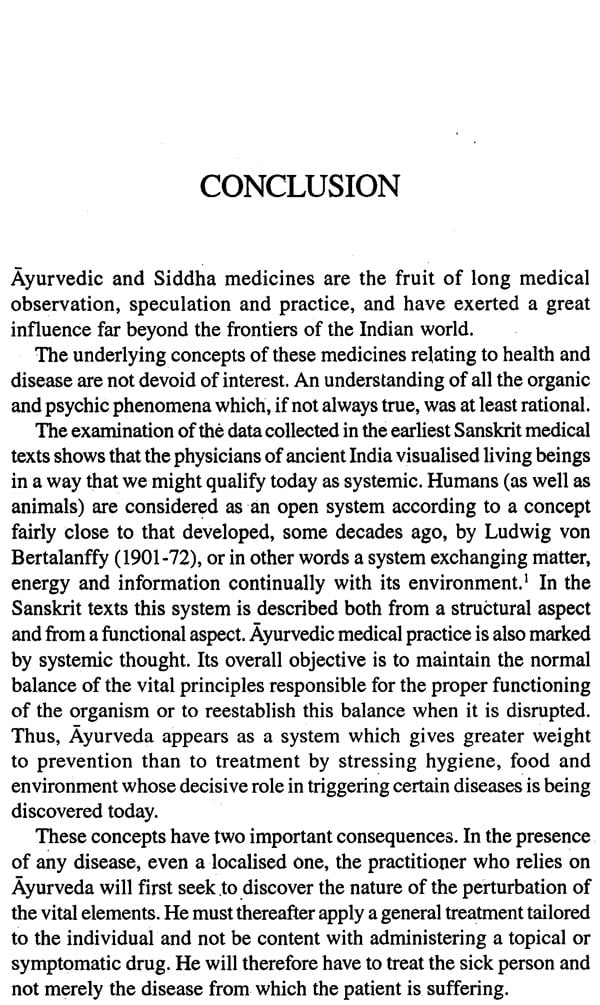