A Concordance to Swami Vivekananda is not simply a collection of quotations culled from the vast Vivekananda corpus. It is an effective guide that presents to scholars and general readers what Swamiji has to say on a particular subject and where that original statement can be found. Often we need this sort of ready reference, both for locating a saying and for the purpose of in-depth study and research. By serving this twin purpose this Concordance will save much time and labour of those who are eager to know Swami Vivekananda and penetrate the cosmic range of his profound thoughts and eternal message.

The distinctive feature of this Concordance is thus its marked emphasis on projecting the ideas rather than the words of Swamiji. Hence the text of each entry has been so chosen that the reader can have a fairly clear idea of what  Swamiji wanted to convey. Where the idea is not clear enough, the reader will have to consult the source.

"For the next fifty years this alone shall be our keynote - this our great Mother India. Let all other vain gods disappear for the time from our minds. This is the only god that is awake, our own race - 'everywhere his hands, everywhere his feet, everywhere his ears, he covers everything'. All other gods are sleeping. What vain gods shall we go after and yet cannot worship the god that we see all round us, the Virat?.... The first of all worship is the worship of the Virat - men and animals; and the first gods we have to worship are our countrymen."

This message of energy had a double meaning: a national and a universal. Although, for the great monk of the Advaita, it was the universal meaning that predominated, it was the other that revived the sinews of India.

His words are great music, phrases in the styles of Beethoven, stirring rhythms like the march of Handel choruses. I cannot touch these sayings of his, scattered as they are through the pages of books at thirty years' distance, without receiving a thrill through my body like an electric shock. And what shocks, what transports must have been produced when in burning words they issued from the lips of the hero!

India was hauled out of the shifting sands of barren speculation wherein she had been engulfed for centuries, by the hand of one of her own Sannyasins; and the result was that the whole reservoir of mysticism, sleeping beneath, broke its bounds and spread by a series of great ripples into action.

You must always remember that the one central ideal of Vedanta is this oneness. There are no two in anything, no two lives, nor even two different kinds of life for the two worlds. You will find the Vedas speaking of heavens and things like that at firs; but later on, when they come to the highest ideals of their philosophy, they brush away all these things. There is but one life, one world, one existence. Everything is that One, the different is in degree and not in kind. The difference between our lives is not in kind. The Vedanta entirely denies such ideas as that animals are separate from men, and that they were made and created by God to be used for our food.

The Vedanta teaches men to have faith in themselves first. As certain religions of the world say that a man who does not believe in a Personal God outside of himself is an atheist, so the Vedanta says, a man who does not believe in himself is an atheist. Not believing in the glory of our own soul is what the Vedanta calls atheism. To many this is, no doubt, a terrible idea; and most of us think that this ideal can never be reached; but the Vedanta insists that it can be realized by every one. There is neither man nor woman or child, nor difference of race of sex, nor anything that stands as a bar to the realization of the ideal, because Vedanta shows that it is realized already, it is already there.

The Vedanta recognizes no sin, it only recognizes error. And the greatest error, says the Vedanta, is to say that you are weak, that you are a sinner, a miserable creature, and that you have no power and you cannot do this and that. Every time you think in that way, you, as it were, rivet one more link in the chain that binds you down, you add one more layer of hypnotism on to your own soul. Therefore, whosoever thinks he s weak is wrong, whosoever thinks he is impure is wrong, and is throwing a bad thought into the world. This we must always bear in mind that in the Vedanta there is no attempt at reconciling the present life - the hypnotized life, this false life which we have assumed - with the ideal; but this false life must go, and the real life which is always existing must manifest itself, must shine out. 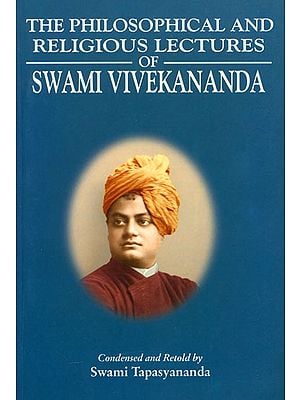 The Philosophical And Religious Lectures of Swami Vivekananda
By Swami Tapasyananda
$8.25
$11  (25% off) 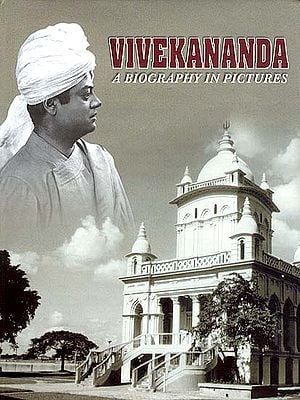 Photographs of Swami Vivekananda
By Compiled and Researched by Members of the Vedanta Society of Northern California
$26.25
FREE Delivery
$35  (25% off) 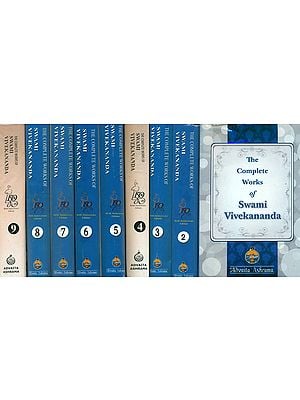 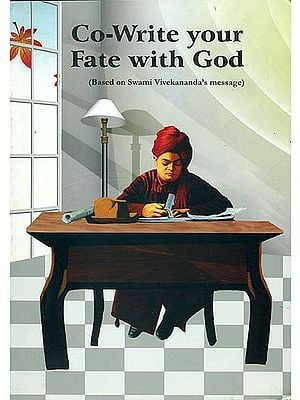 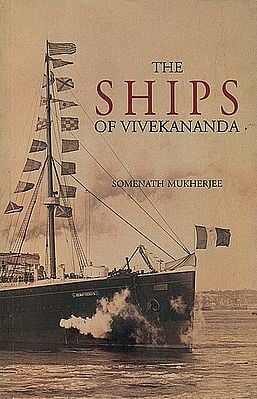 The Philosophical And Religious Lectures of Swami Vivekananda
By Swami Tapasyananda
$8.25
$11  (25% off)

Photographs of Swami Vivekananda
By Compiled and Researched by Members of the Vedanta Society of Northern California
$26.25
FREE Delivery
$35  (25% off)