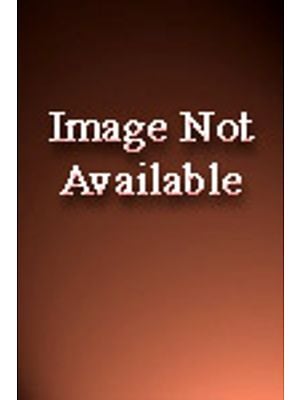 $28.50
Notify me when this item is available
Save to Wishlist Send as E-card Share by Email
Contents:

Uddharakosa of Daksinamurti is a chance discovery of rare value. It is the first work to give thorough insight into the secrets of the darkest section of Indian literature, the Tantra, which once flourished all over India and beyond, up to the farthest limits of Indianism. It provides a key to the interpretation of the monosyllables which conceal with in them a whole world, a view and an evaluation of life unique in the history of human evolution. The monosyllables are no longer gibberish. They have a meaning. Their combination as mantras are not merely a string of isolated item, but they form an organic whole. The age of mechanical juxtaposition of syllabus is the sign of degeneration. With the help of this marvelous dictionary we can at once separate the mechanical from the creative periods and localities of Tantra.

Bijas started with genuine monosyllabic words like sri, hri, glau, but their begin too small to allow of a whole code of thought being formulated, the Tantrikas went ahead with abbreviations, the initial syllable being the most favoured to being with, e. g. a (akasa), I (Indra), ma (manduka). Letters, not far from each other in the speech of the people, sometimes served the purpose, as ch for s (sanaiscara) and s for s (sakti), s being already allotted to sam. Charactestic finals, easy to recognize and remember, were also made use of, e. g. ghni (sataghni), dra (candra).

The author Daksinamurti is a legendry personage. Sometimes he is identified with Siva himself. Unless his historicity is established, we must remain content with the belief that the real author has chosen to remain hidden.

Uddharakosa is all quotations from authoritative Tantric scriptures, no less than forty-seven in number (See Appendix VII). Hence through nothing can be stated with any semblance of scientific probability about the author, he is definitely to be placed at a period later than that of the authorities quoted. Here, as generally elsewhere in the domain of Indian history, both political and cultural, we get a chain, a sequence, but we cannot fix up the individual items or even the chain as a whole. We usually allow a vague and a vast span of time, which is not of much use for the specialist. In absence of definite evidence we refrain from any kind of statement, especially because of the work quoted the major part is not available to us either in print or in manuscripts. That gives an added value to the Uddharakosa, a repository of quotations from rare or lost work. Even the author of Uddharakosa had had great difficulty in securing many of them. In the fifth chapter he makes many references to their rarity.

Our Uddharakosa is at once a primer and a reference book, equally indispensable to the beginner and to the master Tantrika. It enjoyed wide popularity in the Punjab and in Kashmir. That is how we can account for the large number of manuscripts discovered here. We believe that any collection of manuscripts in the Punjab, howsoever casual it may be, would bring forth more manuscripts of this book. Its past popularity is bound to be repeated in the future as Tantra comes into light again and is recognized as worthy a subject of study as any other branch of Indology.

At the end I may mention as to how this study was taken up. Mr. Shodo Taki, who was sent here at the Academy to carry on higher work in Indology, by the Japanese Government belong to the Shingon sect of Japanese Buddhism. The Shingon sect is characterized and dominated by Tantrism. Now, howsoever distant and different the Shingon Tantra may be from the S'aiva Tantra, it cannot be denied that the two are united at the origin and that in the course of development also there are remarkable parallels. Moreover whether it is Japan, Korea, Mongolia, China and Tibet in the north or Bali in the south, the Tantra everywhere retain the common and immutable Bijas, which are its soul, but whose meaning is lost altogether. This sense of loss has ever weighted heavily on the intelligent explorer in to the immense density of Tantra. Ever hopeful and zealous I set Mr. Shodo Taki to the task of ransacking the entire field of S'aiva Tantra, for I was confident that it is here the lost key would be found. And lo ! the first manuscript that I put into his eager hands was the very key. But the discovery that it is the key came several weeks later, for the book revealed its true character slowly and gradually.