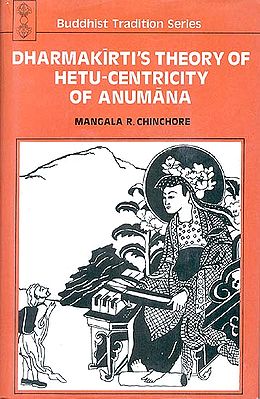 $17.00
Notify me when this item is available
Save to Wishlist Send as E-card Share by Email
About the Book:

Nyadya and Buddhism as the two important traditions of Indian Philosophical Thought distinguished themselves through a detailed inquiry into various aspects of Anumana. In both the traditions there flourished a long chain of logicians of great reputation and profound scholarship. Particularly in the Buddhist tradition Dharmakirti distinguished himself, through his scholarly works, as a renowned logician and exerted influenced alike both on his adversaries and followers. Although he has discussed a number of issues concerning Anumana in his different works no systematic attempt has been made to formulate and present Dharmakirti's unified theory of Anumana in its various aspects. The present work undertakes to do this for the first time in the world of Buddhist scholarship. Giving a sketch of the conceptual framework of Dharmakirti's philosophy by way of background, it discusses epistemic, constitutive and regulative conditions of Anumana according to him, and dealing with the validity and/or soundness aspects of Anumana along with Hetvabhasa it may give rise to, brings out their important implications not only for Dharmakirti's philosophy but also for Buddhist philosophy in general.

Dr. Mangala Chinchore (b. 23/09/1954) M.A., Ph.D. in Philosophy, University of Poona, has been working as a Lecturer in Buddhist Philosophy for the last five years in the Philosophy Department of Poona University. Apart from teaching courses on Buddhist Philosophy she has been actively participating in seminars and conferences. Her earlier publication is: Vadanyaya: A Glimps of Nyaya-Buddhist Controversy. Besides, she has about a dozen papers to her credit published in nationality and internationally renowned journals.

Santana and Santanantara (An Analysis of the Buddhist Perspective Concerning Continuity, Transformation and Transcendence and the Basis of an Alternative Philosophical Psychology)
9 inch X 5.5 inch
$36.00