The authors, Dr K B DAS and Dr L K MAHAPATRA, are acknowledged authorities on folklore of Orissa. Dr Das is the U.G.C. Professor of Oriya language and literature in Ravenshaw College, Cuttack, and has a number of research publications on Orissan folklore to his credit. Besides his many other important assignments, Dr Mahapatra was a visiting Professor of Anthropology, Sociology and Indology at Hamburg University. He retired as Professor of Anthropology from the Utkal University, Bhubaneswar, and at present he is the Emeritus Fellow, U.G.C.

FOLKLORE is a medium through which the soul of a people expresses itself colourfully, and in such creation they find an artistic fulfilment and entertainment. This is no less true of Orissa and her people.

Folklore is conceived variously by various scholars and by different disciplines. "Folklore, to the anthropologists, is a part of culture but not the whole of culture. It includes myths, legends, tales, proverbs, riddles, the texts of ballads and other songs, and other forms of lesser importance, but not folk art, folk dance, folk music, folk costume, folk medicine, folk custom, or folk belief. All of these are unquestionably worthy of study, whether in literate or non-literate societies. All folklore is orally trans-mitted, but not all that is orally transmitted is folklore." This anthropological view of Professor Bascom on the scope of folklore has not been accepted by all folklorists. There are some forms which are, especially at the present time, expressed and communicated in written form as opposed to the oral. For purposes of this book folk music, folk dance, fairs and festivals, folk entertainments, folk religion and magic as also folk customs and traditions have been considered a part of the study of folklore. The folk in this context always refers to the mass of ordinary people, largely illiterate and inarticulate, having traditional ideas, beliefs, customs, rituals and practices which are not systematised or coherently organised. Therefore contradictions among them are evident. This does not mean that the written culture or the wisdom of the books is not reflected in, or mediated through folklore. In other words, folklore itself is a product of the interplay between the written culture and the locally or regionally prevalent indigenous culture.

Within the limited space and the selective focus, obviously with a view to securing the appeal of this series to a wider public, it has been possible for us just to present the outlines of this vast and fascinating aspect of our social existence. For executing this job, we are also thankful to Shri R K Rath for his encouragement to us. We are grateful to Shri B K Behera, Shri S K Ghosh Maulik and Shri P K Mishra at the Department of Anthropology, Utkal University and to Shri P C Singh, who had provided some of the photographs used in the book. We wish to thankfully acknowledge the valuable help rendered by the Director, Public Relations, Government of Orissa. We also acknowledge the valuable help and services rendered by Shri P K Mishra and Shri P C Mohapatra.

We are also thankful especially to Shrimati Ashalata Satpathy, Lecturer in Hindustani Classical Music (Vocal), Utkal Sangeeta Mahavidyalaya, Bhubaneswar and Dr S K Satpathy, Principal, Kala Vikash Kendra, Cuttack. Dr B N Sinha, Professor of Geography, Utkal University, has kindly got the map of Orissa prepared and we are thankful to him and to Shri S K Mohanty.

We may put in a few words on the pattern of the joint endeavour by the two of us. We have found it very stimulating, useful and productive to bring together a man of literature (Professor Emeritus in Oriya and Sanskrit, in the case of the first author) with a long and eventful career of folklore studies in Orissa, and a social anthropologist (Professor of Anthropology, in the case of second author). The first author is responsible for Chapters III, VII and the appendices. The rest have been the responsibility of the second author. We are thankful to the .National Book Trust, India for bringing out the second, revised edition. We hope this modest attempt will encourage folklorists and anthropologists to collaborate for further study and will prove useful to students of folklore of Orissa across disciplines. 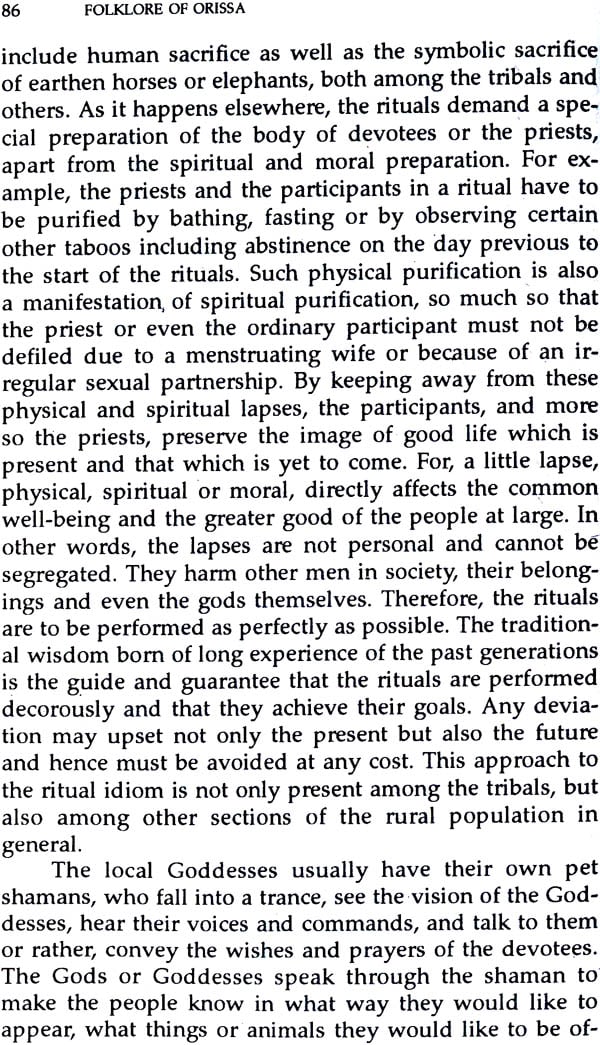 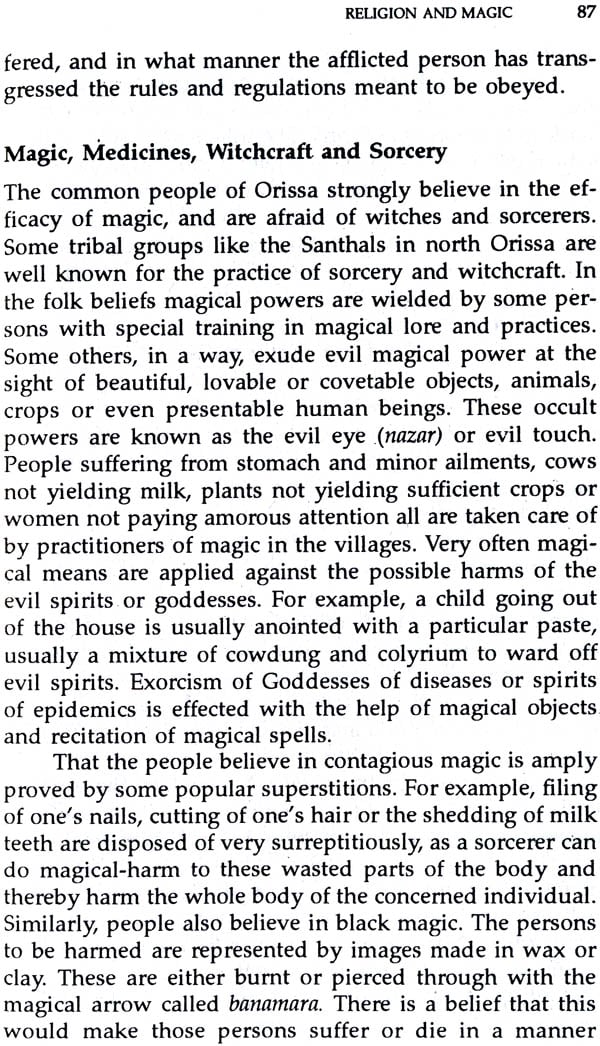 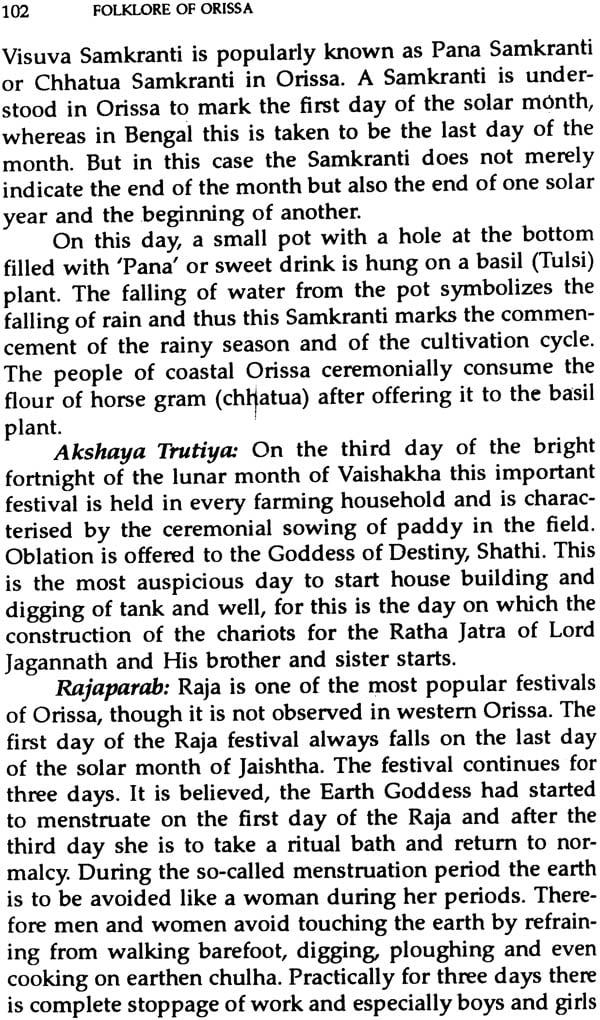 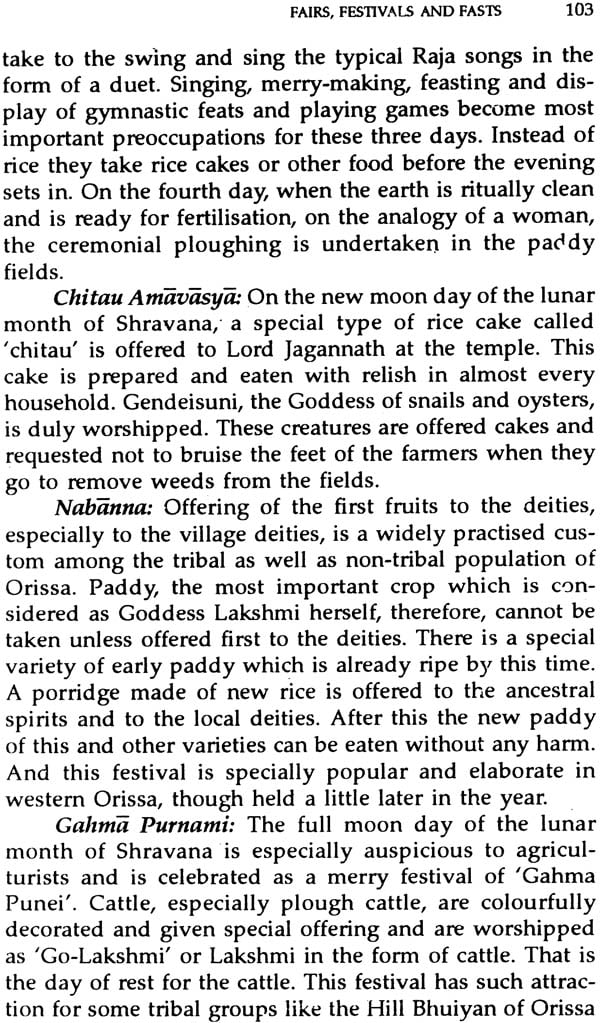 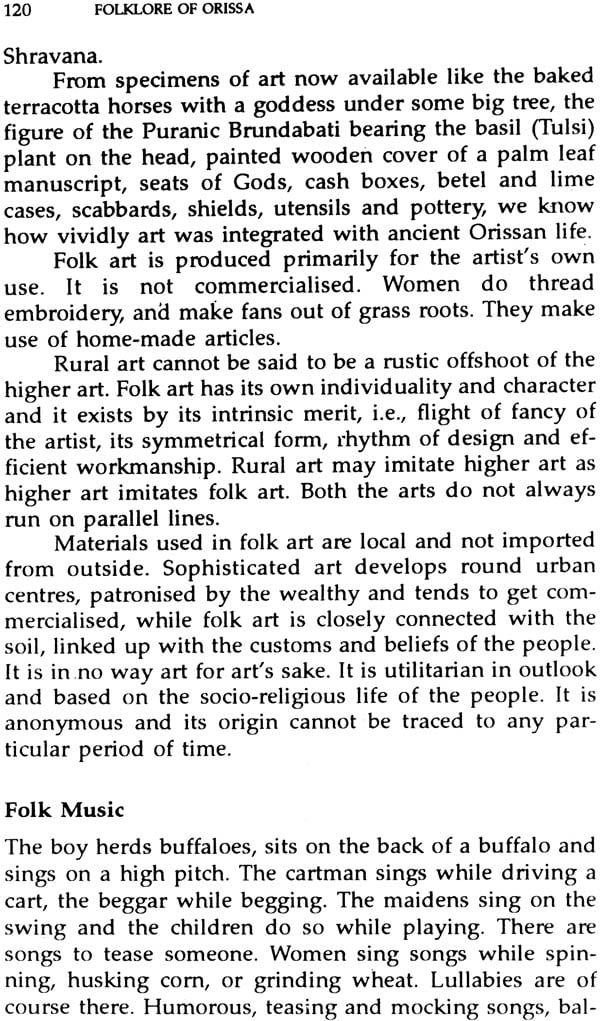 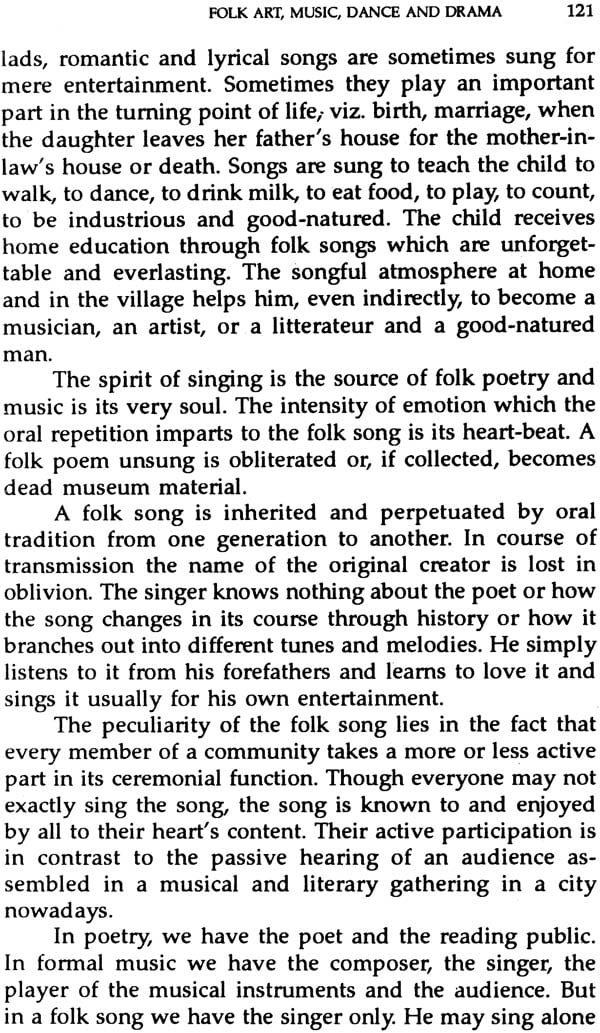 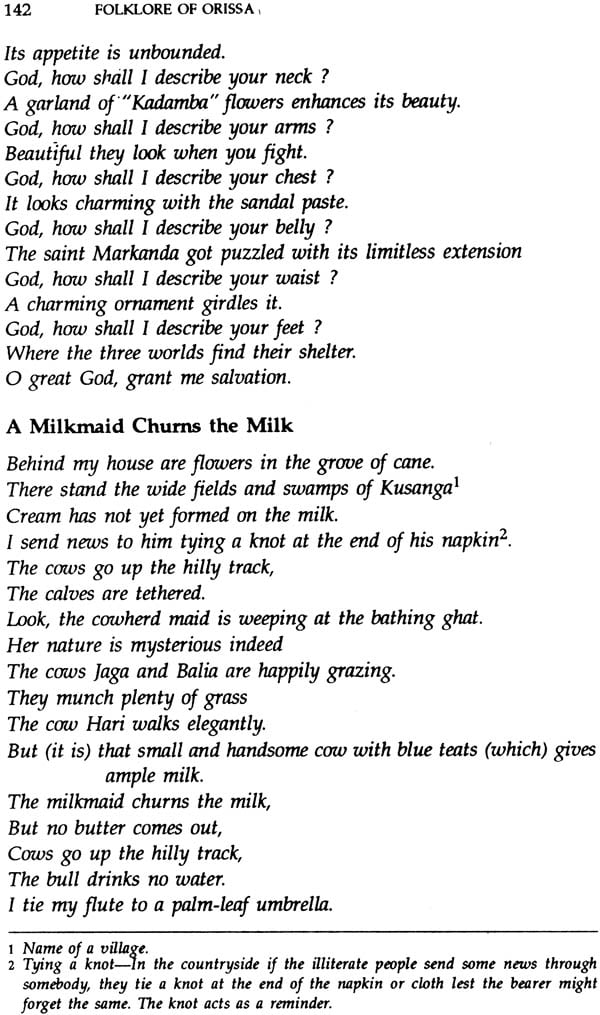 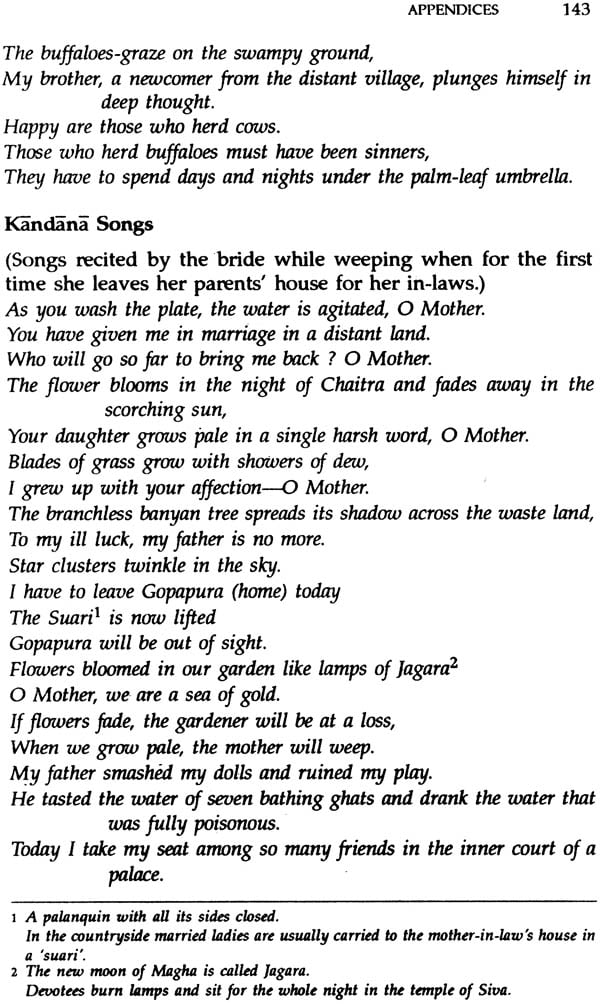 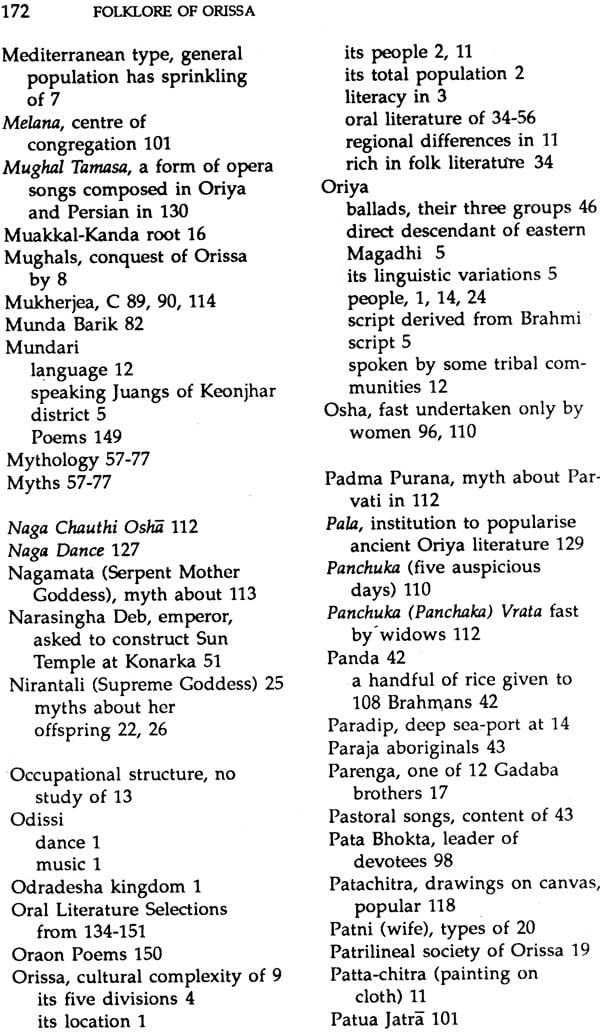 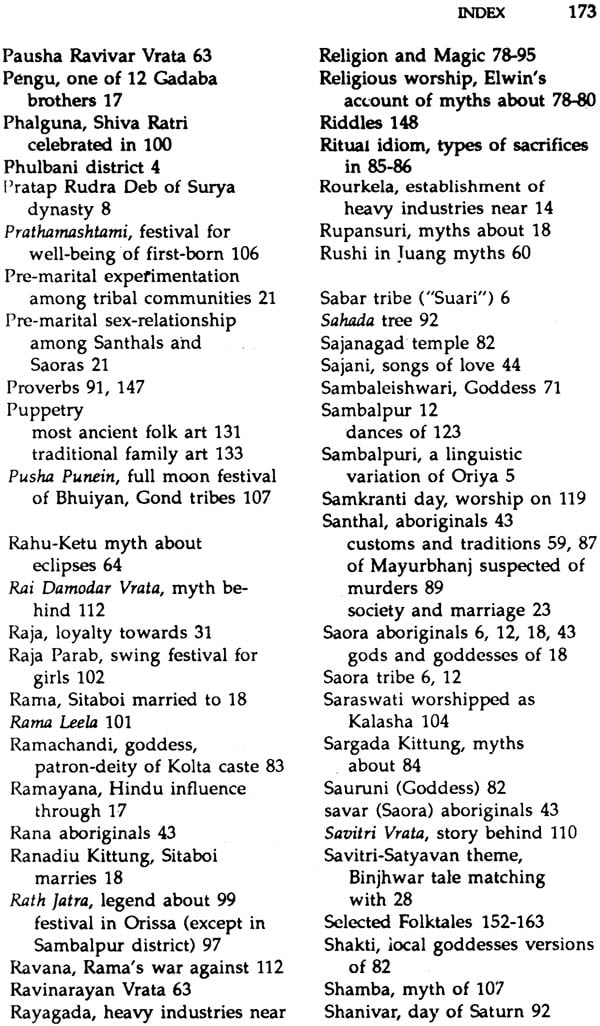