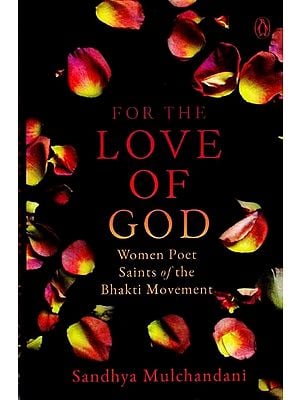 $28.00
Notify me when this item is available
Save to Wishlist Send as E-card Share by Email
Introduction

From the earliest times, human beings have sought to relate themselves to the mysteries of the universe. The widely held belief was that in the beginning there was chaos, and from this frenzied disorder emerged the process of creation. Ancient thinkers attributed this process to a ‘superpower’, an idea called ‘god’ that supplied a sense of meaning and direction, helped transcend mundane existence, and gave significance to life. Sages living in proximity to nature experienced this potent power as being omniscient. They found it in the ebb and flow of oceans, the heat of the sun and fire, in thunder and lightning, in the miracle of birth, the finality of death, and the cyclical nature of life.

This dependence on a multitude of powers or gods, in turn, gave birth to mythologies-stories of their birth, battles and struggles, lust and loves, fashioned after men. The earliest cosmologies about these gods, prayers and petitions for their largess, the rites and rituals by which to evoke their grace have gone on to become one of the largest extant tomes of religious works that exist in the world called the Vedas. These canonical sacred texts dedicated to the deities of the time were compiled sometime around 1700 BC and primarily dealt with philosophical or speculative questions about the origin of the universe and the nature of this power called god.

The definitive image of this Vedic period is that of a rishi, a contemplative visionary trying to decode the miracle of existence. Closely associated with him were priests who claimed that they, and only they, could successfully communicate with and manipulate various gods of the pantheon through a complex system of rituals. It was widely believed that material well-being, spiritual progress, as well as liberation from rebirth, were only possible through the meticulous performance of these rituals, a belief supported by the kings of the time. Thus endorsed, the authority and hegemony of the priesthood grew from strength to strength.

As societies developed, stability and surplus production of food led to a burgeoning population that, in turn, gave rise to a hierarchical order that separated people into classes, leading to divisions and stratification of society. Ancient thinkers came to the conclusion that religion, governance, commerce, and labour were distinct but divisive entities and sought to separate them by classifying them into four varnas (groups)-Brahmins, Kshatriyas, Vaishyas, and Shudras. Initially, this system worked perfectly, because no varna was considered superior to the other as they were understood to be idealized human callings.

As so often happens, whenever religion transforms into dogma and a rigid set of beliefs, practices and rituals, backlash is inevitable. Soon, individuals and entire communities boxed in by these traditions cast themselves beyond the pale of orthodoxy. The power and relevance of the priests began to decline due to their obsessive attachment to power, greed for wealth, and rituals that had become unintelligible and meaningless to the common man. This was made worse as religious formalities were valued more than devotion, honesty, compassion, faith, and humaneness. The very independence of thought taught by the ancient rishis became the basis of protest against Brahmanism, giving rise to religious changes and new movements.

The end of the Vedic period saw the rise of the Shramana tradition around the fifth century BC, a movement with its roots in the Vedas but one that rejected the authority of the Brahmins. The Shramanas were monks who practiced an austere lifestyle while emphasizing compassion and composure in pursuit of spiritual liberation. This gave rise to religious like Jainism and Buddhism, traditions that attracted marginalized populations like non-Brahmins, the poor, lower castes, and women.

These religions held sway in the Indian subcontinent for over 600 years until, under the Gupta kings, Hinduism started staging a comeback. Known as the Golden Age, the Guptas who ruled from the mid-third century to the fifth century were sophisticated and benevolent kings and during their reign the subcontinent witnessed a synthesis of older Vedic traditions with other heterodox beliefs like Saivism, Vaishnavism and Shakti cults that gave rise to neo-Hinduism also known as Puranic Hinduism.

Despite this, discontent still brewed among the Hindus and the rishis realized the urgent need for a revival, an idea that would bring together these warring, disparate groups under on umbrella. By the sixth century AD, a new movement developed around the writings of poet-saints who extracted the devotional essence from the Vedas but de-emphasized ritual and caste. What emerged was not a new idea, but something that changed the religious landscape of the subcontinent. India’s yearning for a compassionate, uncomplicated personal relationship with god gave birth to a movement that first began in south India, probably as a reaction to the excesses of the Sanskrit traditions as well as the sackcloth and ashes ascetism of Buddhism and Jainism. The Bhakti movement, as it came to be known, reshaped the social, cultural and religious life of India. 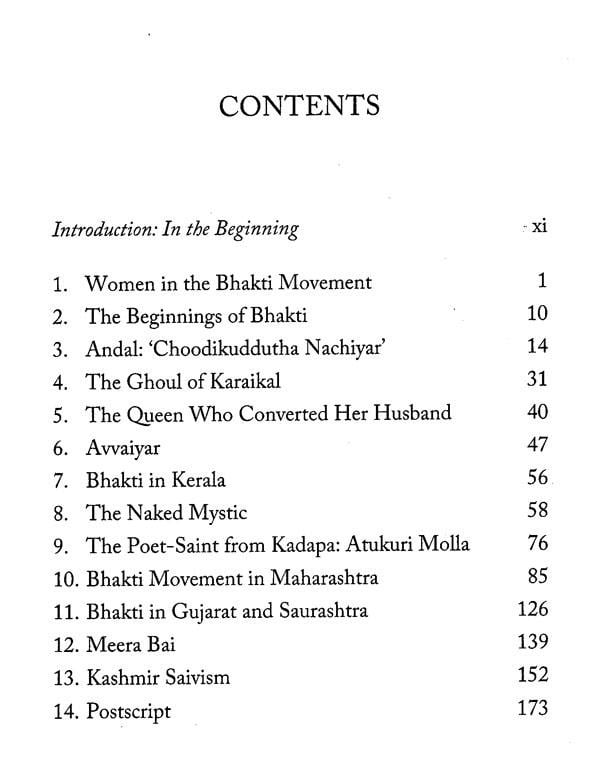 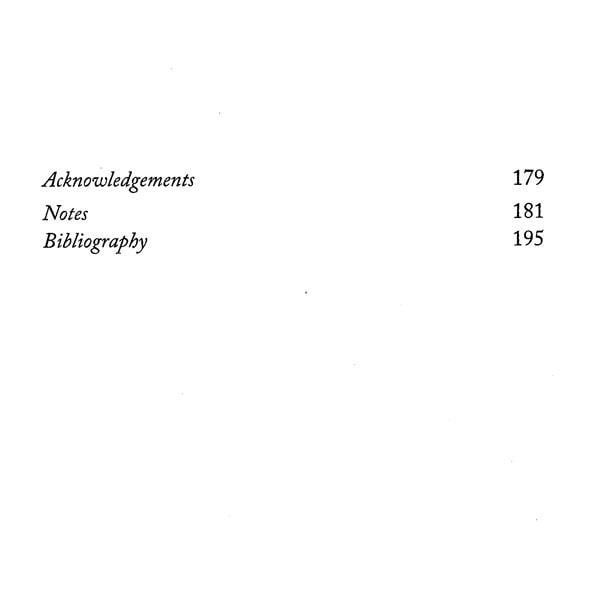 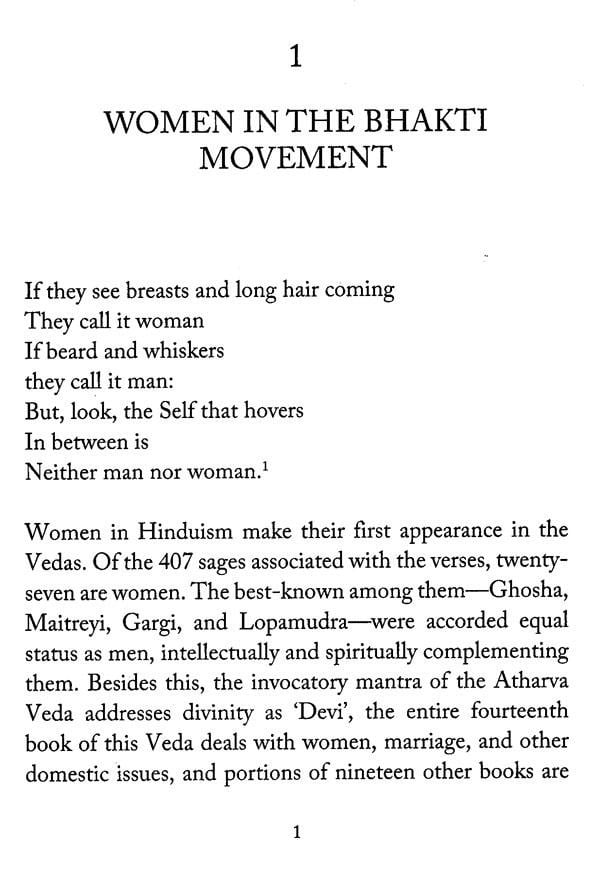 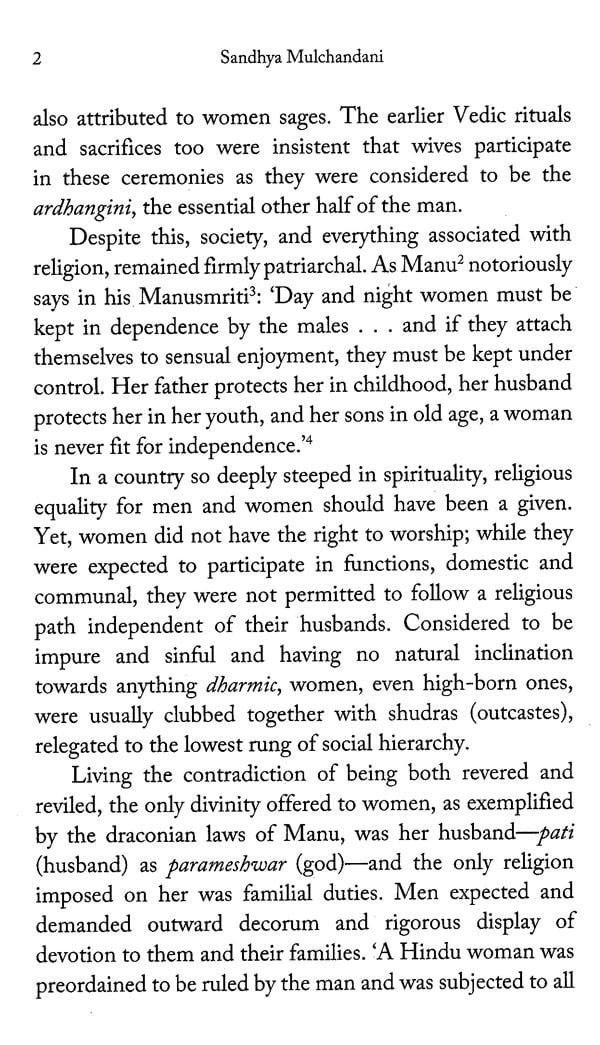 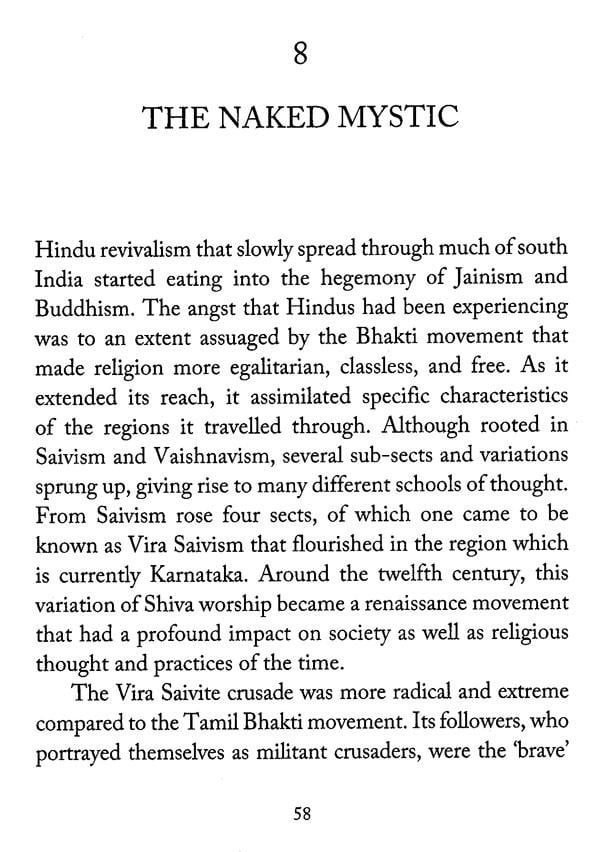 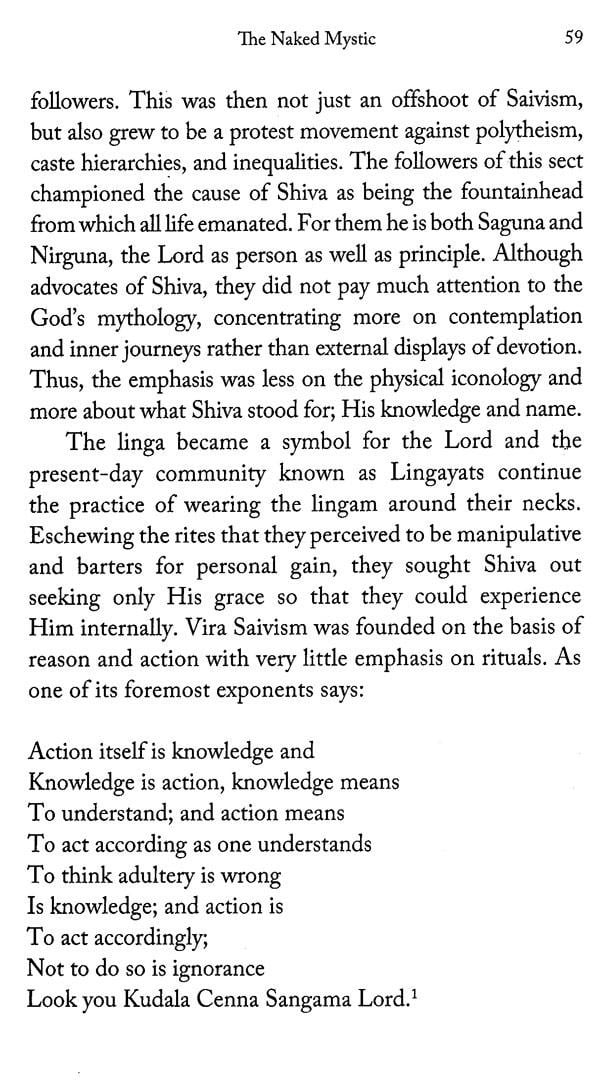 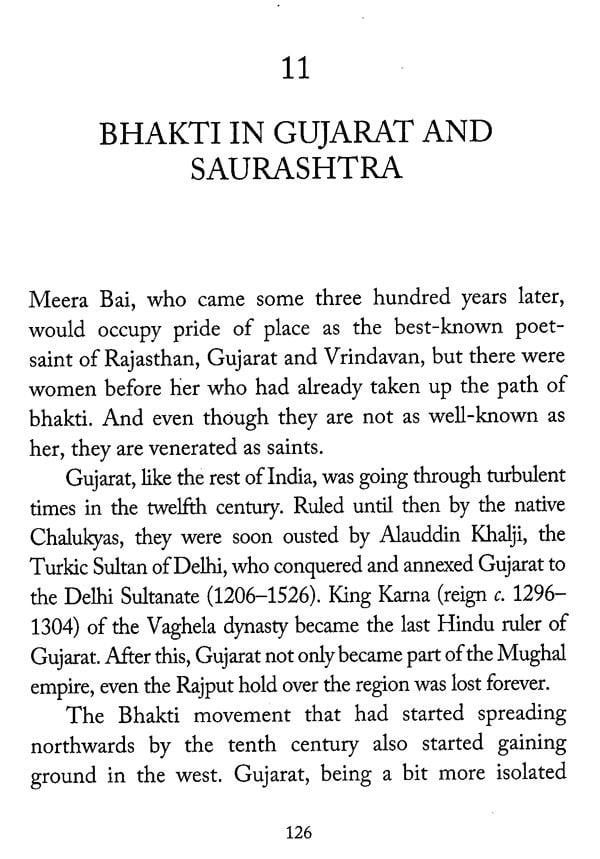 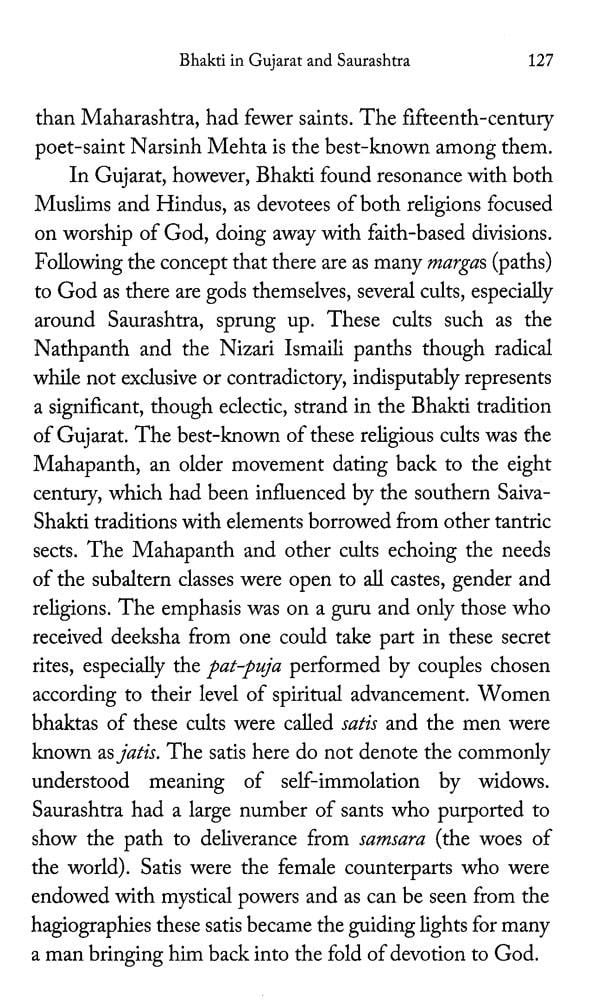 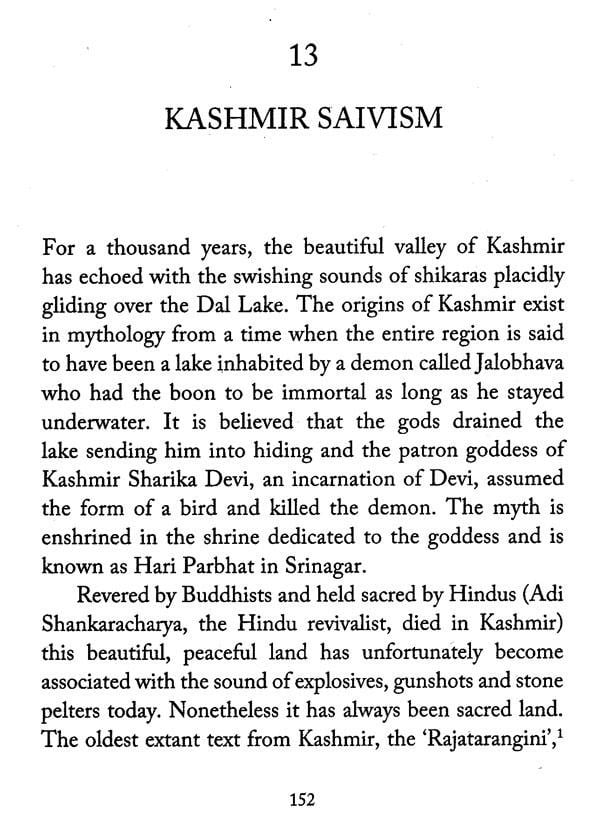 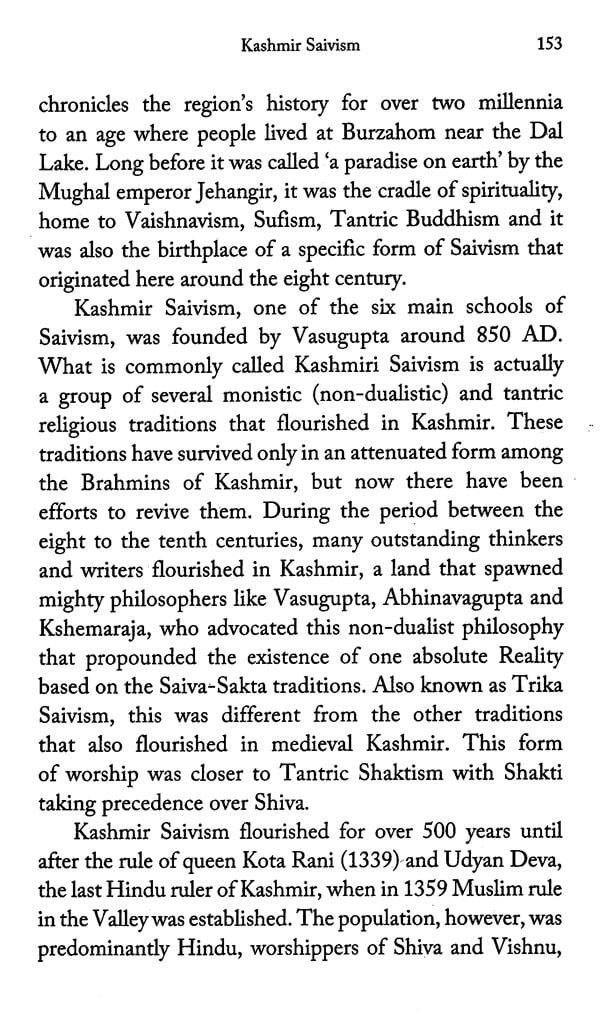