Glimpses of the Divine (Set of 2 Volumes) 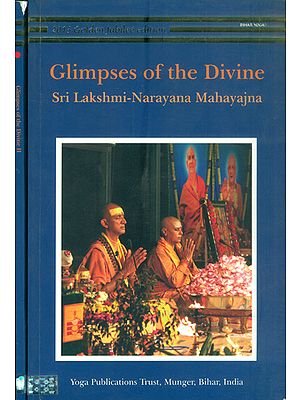 Glimpses of the Divine (Set of 2 Volumes)

$29.00
FREE Delivery
Quantity
Ships in 1-3 days
Notify me when this item is available
Back of the Book

Before his mahasamadhi in 2009, Sri Swami Satyananda gave a final mandate to his successor, Swami Niranjananda; ‘Caltivate the lifestyle of creative expression and bring the tradition of Sannyasato the forefront of modern culture. This vision took the form of Sannyasa Peeth, an institution dedicated to instilling the spiritual qualities that allow an individual to live a creative and positive life. Swami Satyannda further specified that the presiding deities of Sannyasa Peeth will be Sri Narayana and Sri lakshmi, the sustain forces of the cosmos, and an annual yajna must be conducted to propitiate them and receive their blessings. Thus, in September 2011, the first Sri lakshmi-Narayana Mahayajna was held at Paduka Darshan, the seat of Sannyasa Peeth in Munger on the banks of the Ganga.

Glimpses of the divineII: Sri Lakshmi-Narayan Mahayajna, is collection of the talks and satsangs given by Swami Niranjananda and Swami /satyasangananda during the third Sri Lakshmi-Narayana Mahayajna held in 013. It also includes impressions by Participants of the yajna, The booklet takes us back into the special moments of the yajna, allowing us to relive the inspiration and blessing received therein, to reconnect with the energy of the gurus and to remember the presence of divinity.

In July 2009, before attainmg mahasamadhi, Sri Swami Satyananda gave final instructions to his chief disciple and successor, Swami Niranjanananda. Swami Niranjan was to begin preparations for the next phase of his life, which would require him to gradually step into a life of relative seclusion. He was to now focus on sadhana and aradhana, and on his role as a sannyasin of the paramahamsa tradition. In 2013, just as Sri Swamiji had done in 1989, he would walk away from Bihar School of Yoga to establish a new life for himself someplace else. However, Swami Niranjan would not be wandering mysteriously and alone as Sri Swamiji had done. In fact, this plan would not even require him to leave the town of Munger. He would only be going a short distance from Ganga Darshan, to the small, serene plot of land along the western banks of the Ganga 'called Paduka Darshan. It was at this very place that some fifty years earlier Swami Satyananda had practised higher sadhanas and sown the seeds for what would become a worldwide yoga revolution. Paduka Darshan would become Swami Niranjan's new home, from where he and a group of individuals would carry out Sri Swamiji's final mission: to cultivate the lifestyle of creative expression and bring the tradition of sannyasa to the forefront of modern culture.

Paduka Darshan has always had about it the lasting vibratory energy of Sri Swamiji's saintly presence. Offering an extraordinary darshan of Mother Ganga, it is surrounded for miles by unfettered, natural landscape. For some years now had been left to bask in its quietude, perhaps in preparation for the special role it would play in the future. In 2010, it clear to Swami Niranjan that in order to properly honour his guru's wishes, Paduka Darshan would have to undergro major transformation. Thus, in spite of a full schedule which included monthly public satsangs, intense personal sadhana and pilgrimages throughout India, he set to work. By mid-2011 Paduka Darshan was completely transformed. Eve aspect of the redesign - from the lush landscaping to t magnificent new yajnashala, to the glistening glass-etch, Guru Yantra that rises dramatically above the River Gangs stood as testimony to the power of a disciple's single-mind, devotion to his guru.

The first event the ashram hosted in its new avatara was the Guru Poornima celebration in July 2011. An average person might have been satisfied with this tremendous accomplishment, but Swamiji knew his task was not y complete. The grounds of Sannyasa Peeth still needed be officially consecrated, and on this point Sri Swamiji last words had been very specific: "The presiding deities Sannyasa Peeth will be Lord Narayana and his consort Ma Lakshmi, and to receive their blessings, an annual yajna will be established at Sannyasa Peeth." Thus, in September 2011, the first Sri Lakshmi-Narayana Mahayajna was held at Paduka Darshan, heralding an annual worship of the nurturing forces of the cosmos and marking the beginning of a lasting tradition. 2012 was the second year of the even further strengthening and consolidating its role in the evolution of Sannyasa Peeth.

This book is not simply a collection of inspiring satsangs and lessons on spiritual life, though you will find both here. In a greater sense, it is a celebration of faith, and every page offers the promise of peace, plenty and prosperity to anyone who reads it. The material contained herein signifies the unbroken succession of love, trust and devotion between the guru and disciple that lies at the heart of the Satyananda Yoga-Bihar Yoga Tradition and, more specifically, the tenet of Sannyasa Peeth.

In this second volume of Glimpses of the Divine we visit the third annual Sri Lakshmi- Narayana Mahayajna, a sublime spiritual gathering held at Sannyasa Peeth in Munger, Bihar. Held just weeks before the World Yoga Convention and the Bihar School of Yoga's Golden Jubilee Celebrations, this yajna was inspired by Swami Niranjanananda Saraswati. He called the time during which the yajna was held Sumiran- Saptah, the week of remembrance: remembrance of God in the form of Narayana and remembrance of guru. For, it is only by the grace of guru that we may begin to glimpse the divine forces that exist all around us.

Throughout the week-long event, guru was the presiding energy in the hearts and minds of everyone present, while the presiding deities of Sannyasa Peeth's signature yajna were Lord Narayana and his consort, Ma Lakshmi, whose blessings were sought for sustenance, nourishment, preservation, and prosperity of the positive and the auspicious in life. Without basic prosperity, poornata, or complete fulfilment, can never be achieved. The Lakshmi-Narayana Mahayajna invokes these two cosmic forces to fulfil the third chapter in our guru's vision for human upliftment and awakening.

The seeds of Sannyasa Peeth were planted during the period that Sri Swami Satyananda spent in the ashram of his guru, Sri Swami Sivananda. A realized saint, Swami Sivananda taught integral yoga as a means to awaken the whole human being - from the intellect, to the emotions, to the physical actions, what he called the 'head, heart and hands' - and thus live the divine life. After leaving Swami Sivananda's ashram, Sri Swamiji all the while kept in mind his guru's vision.

The two great institutions that Sri Swamiji established during his lifetime indicate his unflinching commitment to that dream. The Bihar School of Yoga in Munger represents the seat for the development of the higher intellectual faculties, the 'head' of Swami Sivananda's threefold yogic vision. A yajna is conducted every year during Basant Panchami, BSY's Foundation Day, to propitiate Ma Saraswati, the goddess of higher knowledge. Rikhiapeeth, the ashram located in rural and impoverished Jharkhand, has become the home of the 'yoga f the heart'. The Cosmic Mother, who is the symbol of unparalleled service, love and selflessness, is invoked at the yearly Sat Chandi Mahayajna to ensure the success of Sri Swamiji's sankalpa of peace, plenty and prosperity for all.

Sannyasa Peeth is Sri Swamiji's final offering to his guru and was revealed to his spiritual successor, Swami Niranjan, shortly before he attained mahasamadhi in 2009. Inaugurated in 2011, Sannyasa Peeth is an innovative institution that uses the guiding principles of sannyasa and the guru-disciple relationship to draw out the individual's optimum creative expression in every action and within all areas of life. With this, the third and final installation, Swami Sivananda' 'hand', finally have a place to do their creative work. 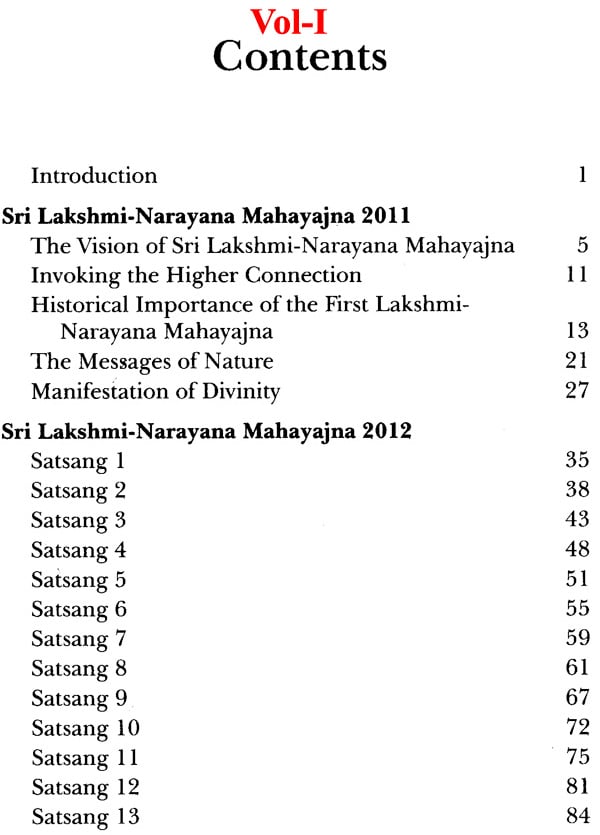 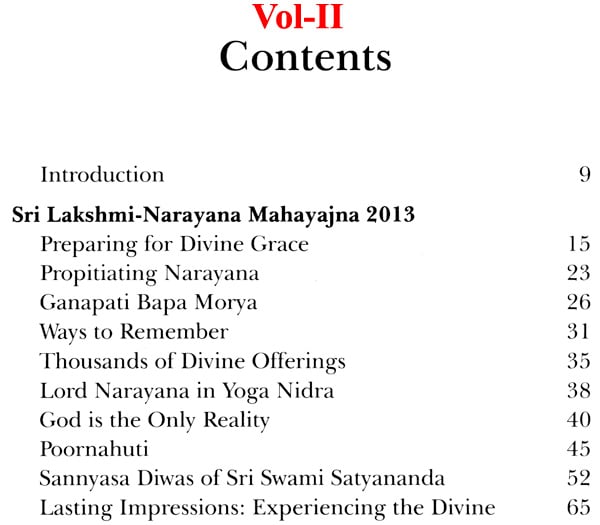 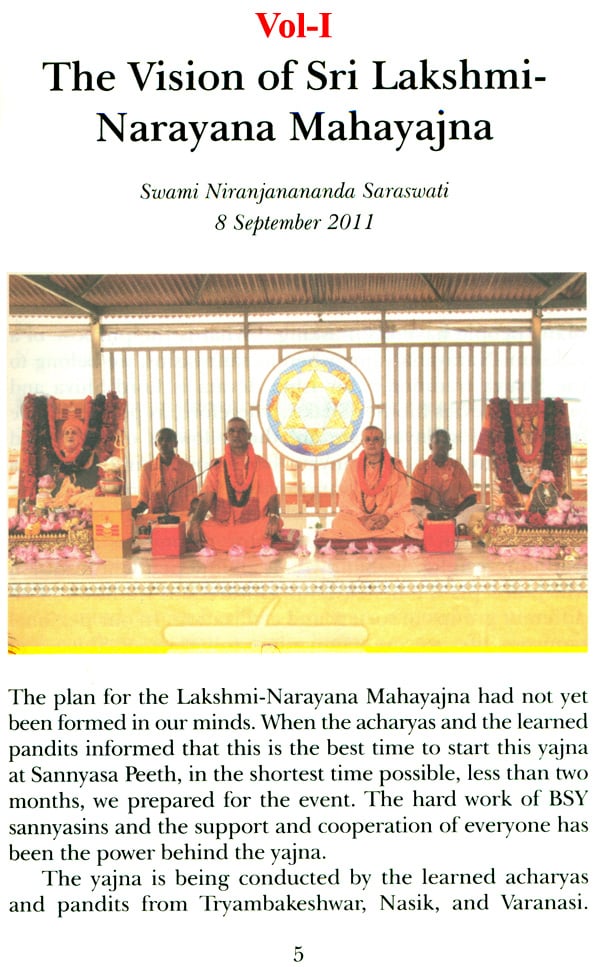 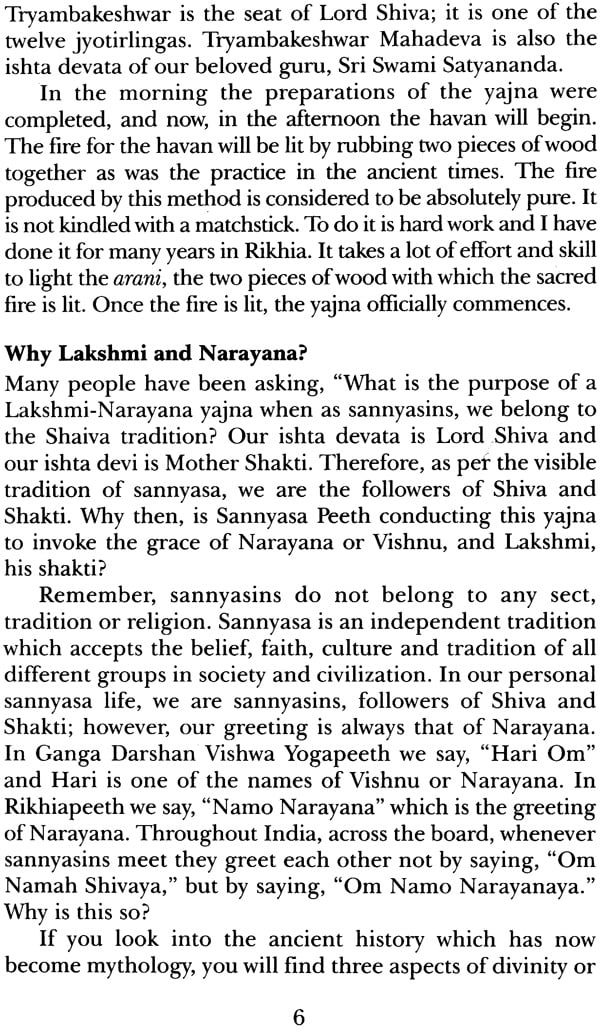 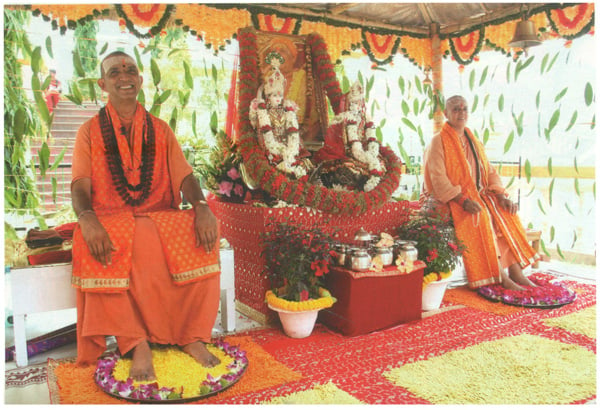 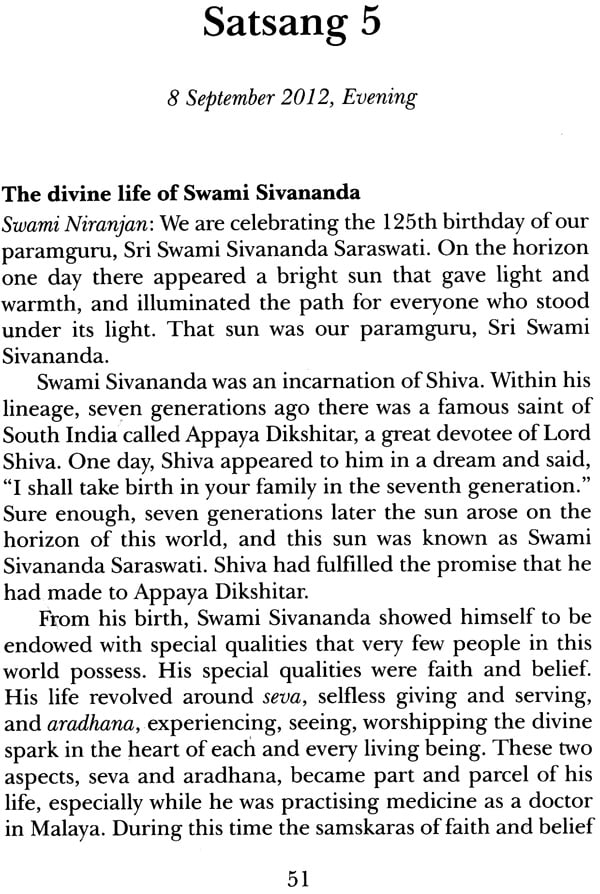 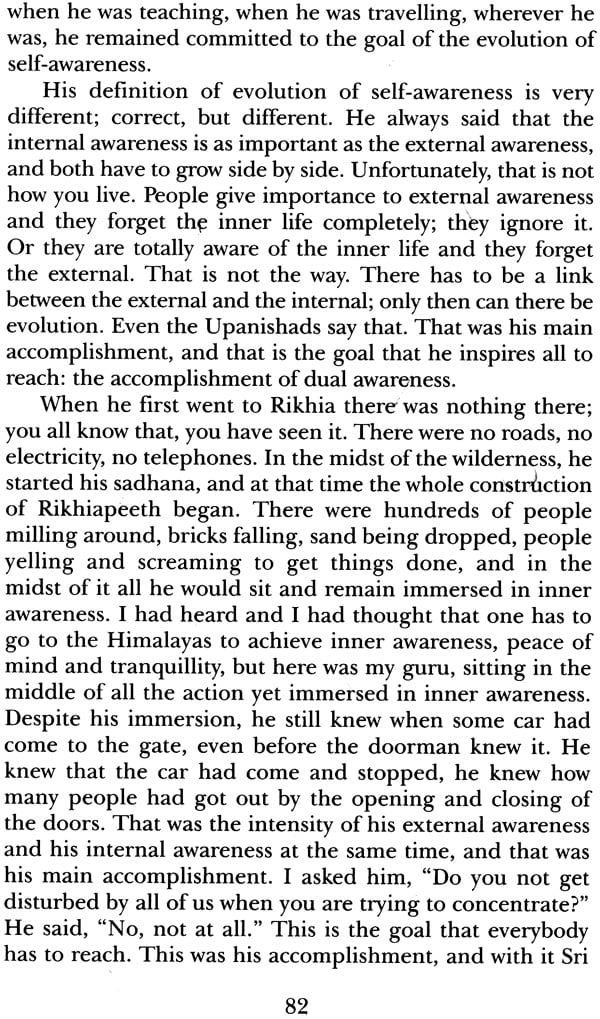 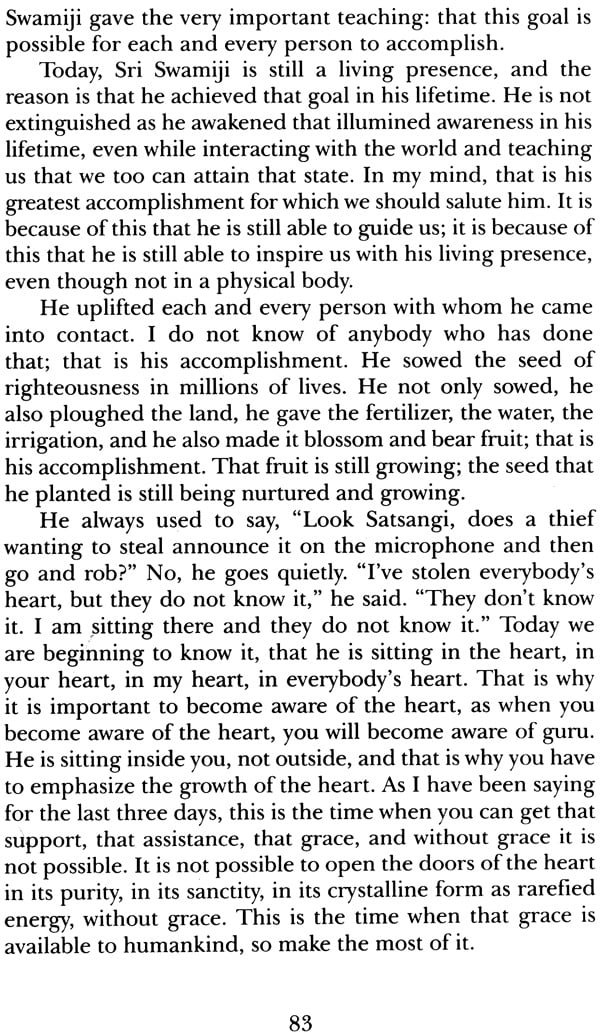 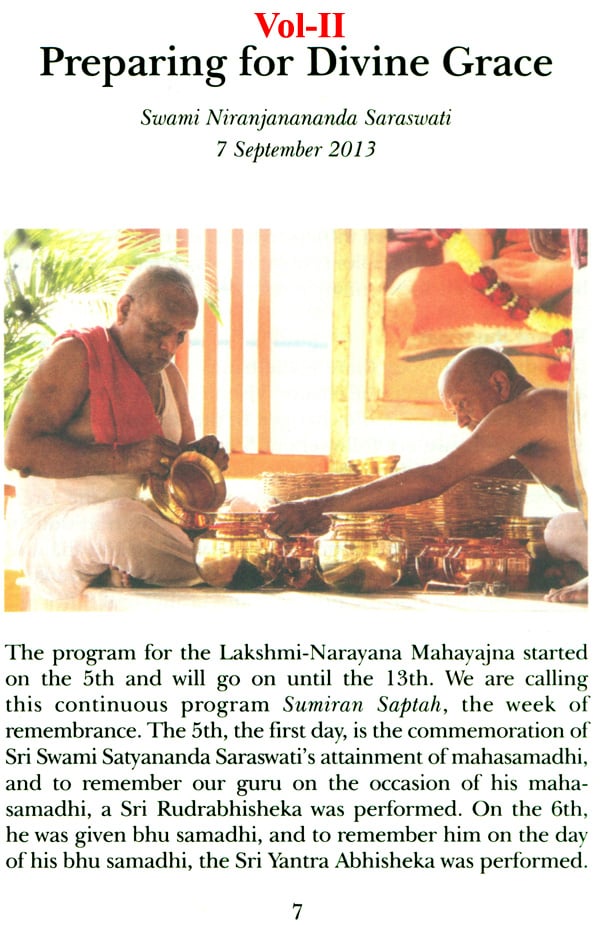 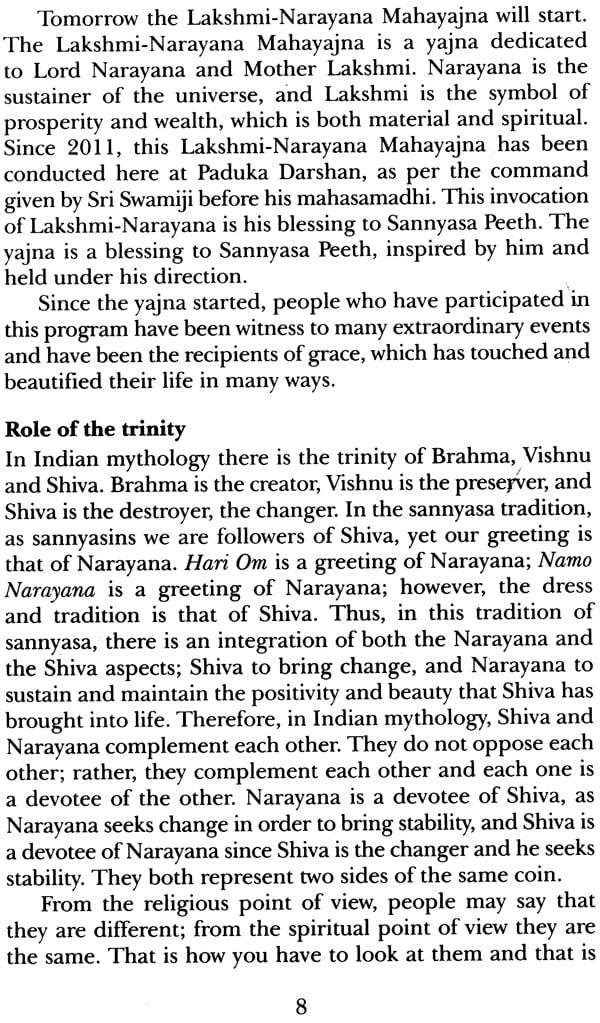 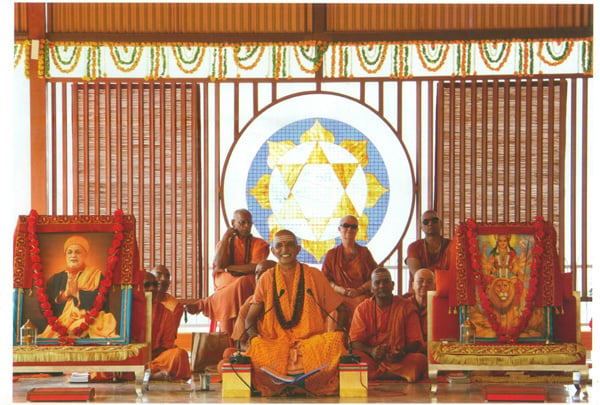 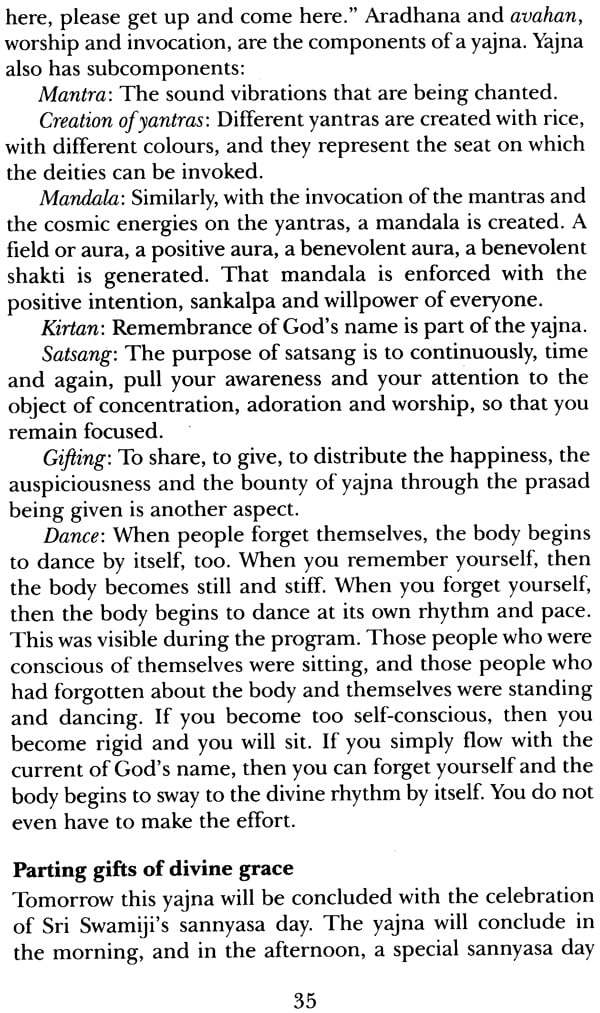 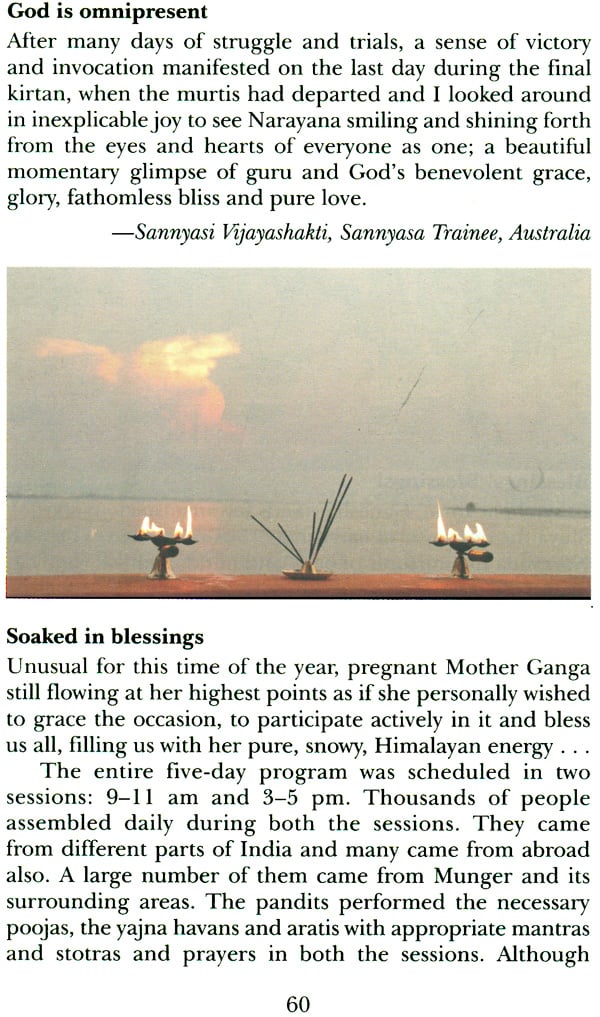 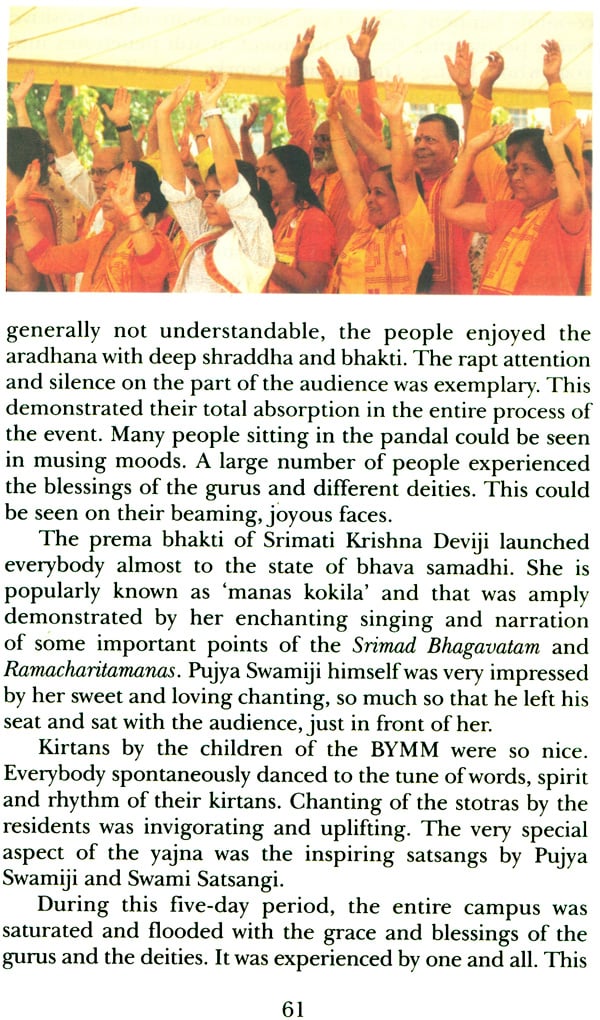 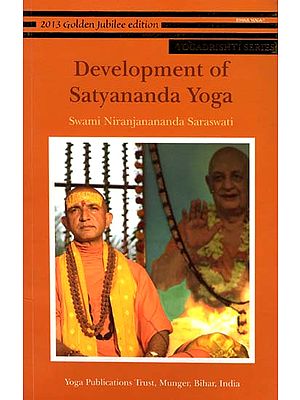 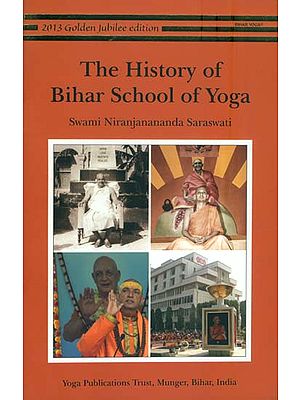 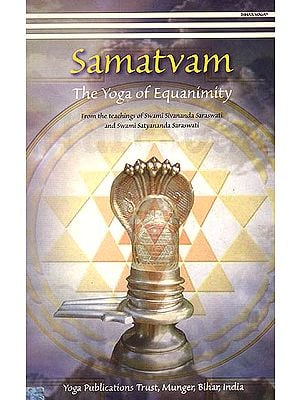 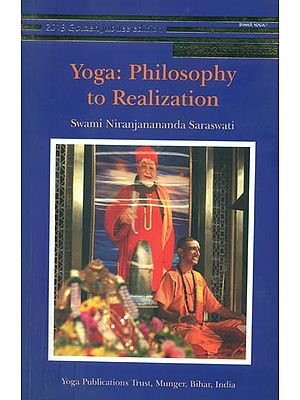 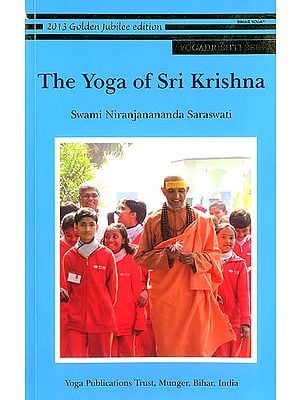 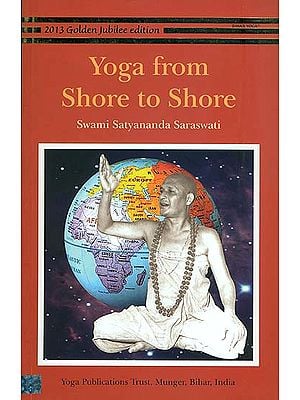 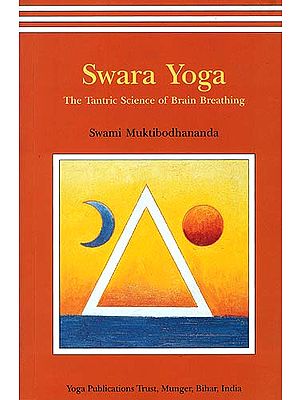 Swara Yoga: The Tantric Science of Brain Breathing
By Swami Muktibodhananda Under the Guidance of Swami Satyananda Saraswati
$43.00
FREE DeliveryBestseller 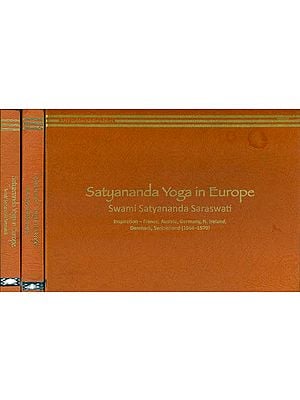