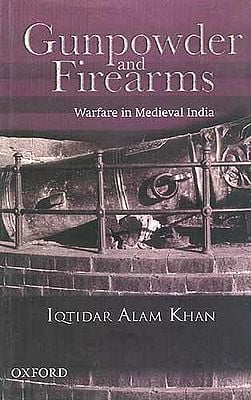 $35.00
Usually ships in 15 days
Notify me when this item is available
Save to Wishlist Send as E-card Share by Email
About the Book:

The use of gunpowder and firearms has been a key concern for military history and for the history of warfare, science and technology. It has also been crucial to the debate on the expansion of empires across the world.

It has often been suggested that the exclusivity of the use of firearms in fact created 'gunpowder empires', a centralization of power in the hands of those who could afford this technology. Using material from a range of contemporary sources and supplemented with rare visuals, this book examines how the use of gunpowder technology showed different results in medieval India. These results are not at variance with the idea that firearms often contribute to concentration of power and the successful building of empires. The book closely examines the impact of their use on regional states in the fifteenth century and on the Mughal Empire in the sixteenth and seventeenth centuries. In the case of the Mughal Empire, it suggests that the use of the musket had particular relevance tot he center's control of internal resources. Further, the book also describes the dissemination of muskets among peasant communities. The links between this development and the growing militancy among sections of the rural population are also explored.

This book is an important contribution to the history of war technology and changing perspectives on state formation in pre-modern India. It reaffirms the catalytic influences of military technology, while at the same time mapping the link between the diffusion of technology and evolving social formations during that period. It will interest the historian of medieval India and scholars and students interested in issues of state formation and military history.