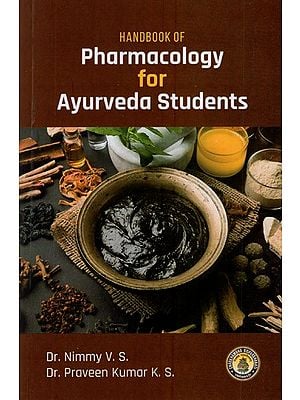 Handbook of Pharmacology for Ayurveda students is a humble attempt to cover the portions in the subject Dravyaguna vijnan in BAMS and PG Dravyaguna Vijnan courses. Efforts has been made to present the topics precisely according to the syllabus. Text has been written in simple language with tables and diagrams wherever necessary. Relevant references in classical and contemporary literature along with related research works has been provided for further information.

Dr. Nimmy V. S., MD (Ay). Currently working as Assistant Professor, Department of Dravyaguna, Vaidyaratnam Ayurveda College, Ollur, Kerala. She had obtained her Post Graduate degree from Government Ayurveda College, Trivandrum under Kerala University of Health Sciences in 2017. Author is first rank holder from Kerala University of Health Sciences and has sound theoretical and practical knowledge in Dravyaguna. She has published many papers in reputed journals and has presented papers in many National and International seminars.

Dr. Prayeen Kumar K. S., MD (Ay). Currently working as Assistant Professor, Department of Panchakarma, PNNM Ayurveda College, Cheruthuruthy, Kerala. He had obtained his Post Graduate degree from Government Ayurveda College, Trivandrum in 2016 under Kerala University of Health Sciences. Author is also pursuing PhD in Panchakarma from Institute for Postgraduate Teaching & Research in Ayurveda, Jamnagar, Gujarat. Author has keen interest of research in Ayurveda and has received many awards at national level for essay and article writing. He has published many papers in reputed journals and has presented papers in many National and International seminars.

Pharmacology if simply stated is the science of drugs. It is the study of interaction of drugs with living organisms. Pharmacology includes the study of the source, physicochemical properties, dosage forms, and methods of administration, absorption, distribution, mechanism of action, biotransformation, excretion, clinical uses and adverse effects of drugs.

The word drug comes from a French word 'Drogue' meaning a dry herb. It can be defined as : 'Substance or material that is used or intended to be used to modify or explore physiological processes or pathological states, for the benefit of the recipient'.

The two main interconnected branches of pharmacology are : pharmacodynamics and pharmacokinetics.

Pharmacodynamics (what drug does with the body) is the study of the molecular, biochemical, and physiological effects of drugs on cellular systems and their mechanisms of action.

Pharmacokinetics (what body does with the drug) deals with the absorption, distribution, and excretion (ADME) of drugs within the body. It explores the relationship between ADME of the drug and the onset, duration and intensity of the drug effect. The word Pharmacokinetics' is derived from two words, Pharmacon' meaning drug and 'kinetics' meaning putting in motion.

a) Absorption (Oral or Parenteral) : A drug must be absorbed and achieveadequate concentration at its site of action in order to produce its biologicaleffects.

b) Distribution : Penetration of a drug to the sites of action through the walls of blood vessels from the administered site after absorption is called drug distribution. Drugs distribute through various body fluid compartments such as (a) plasma (b) interstitial fluid compartment (c) trans-cellular compartment.

c) Metabolism : The process by which the body brings about changes in drug molecule is referred as drug metabolism or biotransformation. At the site of action, the drug interacts with cells and produces some pharmacological effects and thereafter gets eliminated from the body unchanged or by changing to some easily excretable molecules.

3. Pharmacotherapeutics : It is the application of pharmacological information of a drug together with the knowledge of disease, for the prevention and cure of the disease.

4. Chemotherapy : Chemotherapy refers to the treatment of diseases by chemicals that kill the cells, especially those of microorganisms and neoplastic cells. It is classified into two divisions :

a) Antibiotics : Antibiotics are chemical substances that are most potent against the harmful microorganisms.

b) Antineoplastics : Drug therapy for cancer.

5. Toxicology : It's the science of poisons and the poisonous effects of drugs when taken in larger doses Poisons are substances that cause harmful, dangerous or fatal symptoms in living substances.Toxicology deals with the symptoms, mechanisms, treatment and detection of poisoning caused by different chemical substances.

a) Maximize the effect of drug

b) Minimize the adverse effects 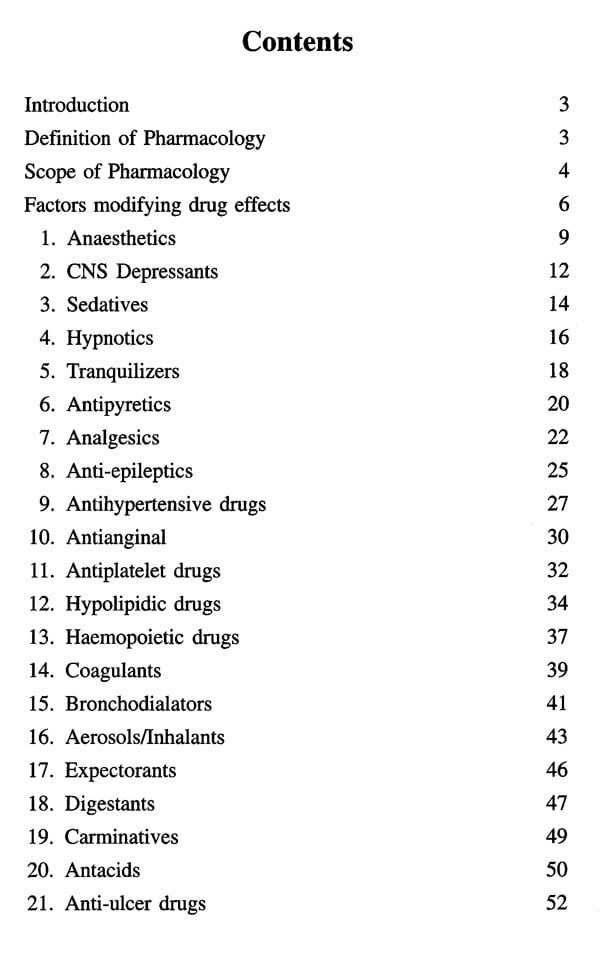 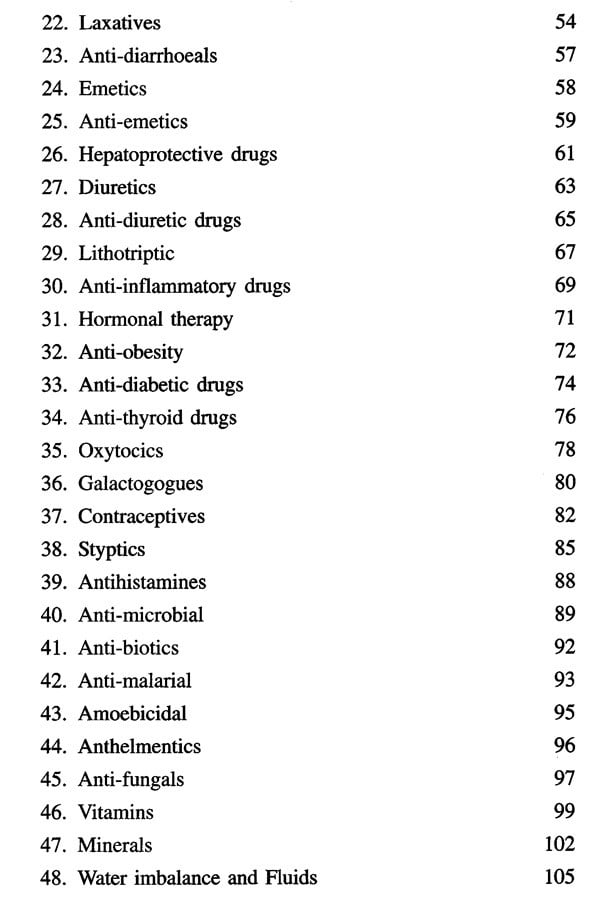 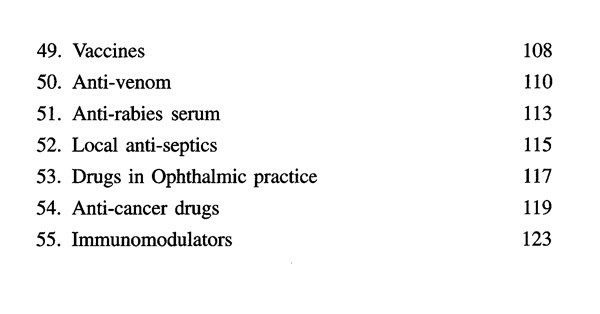 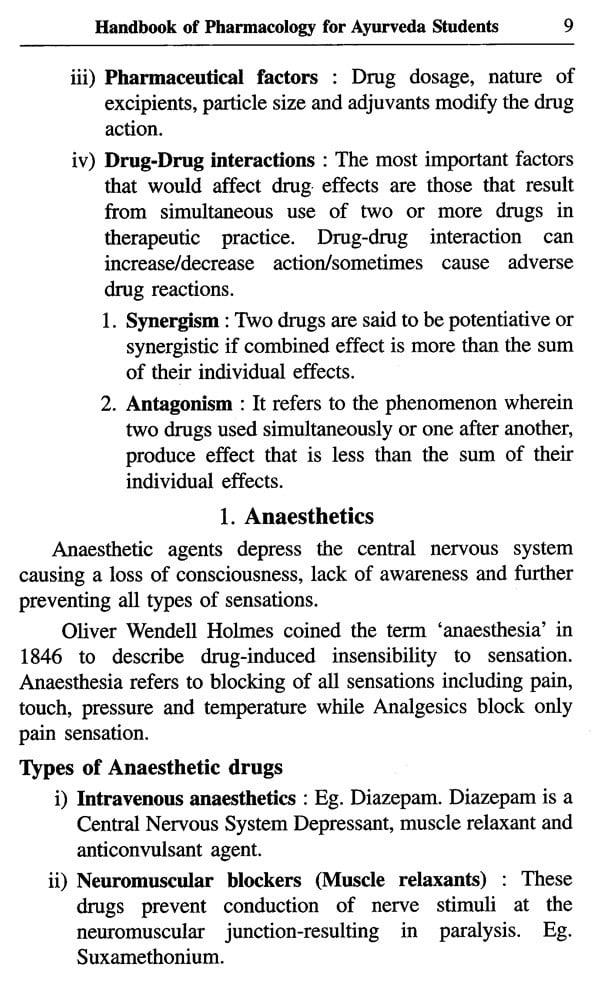 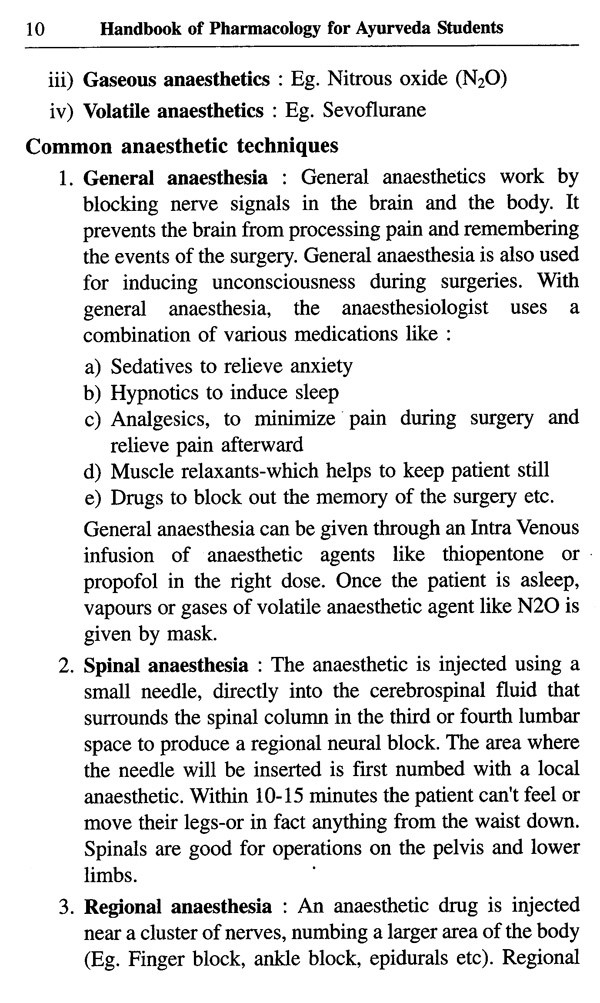 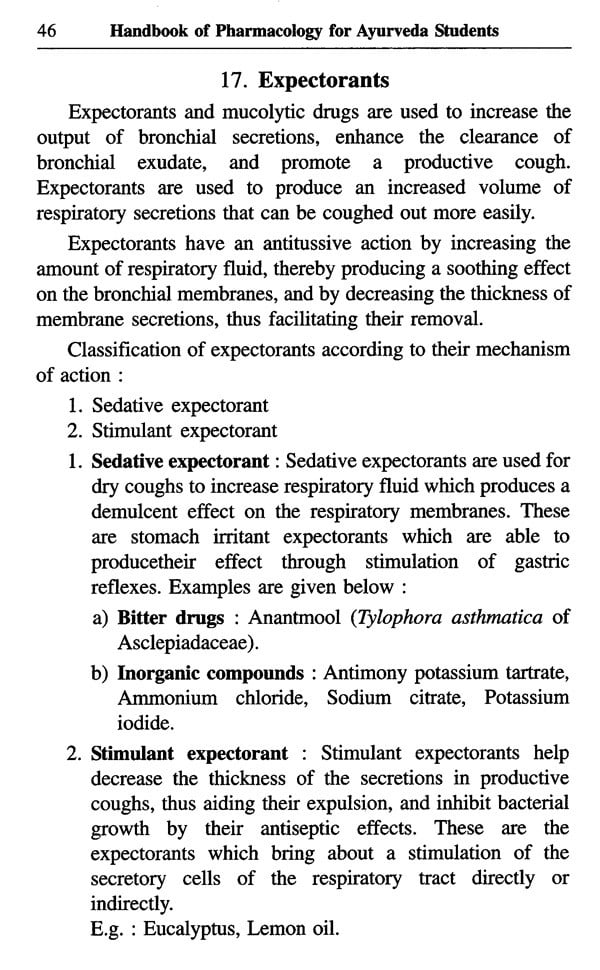 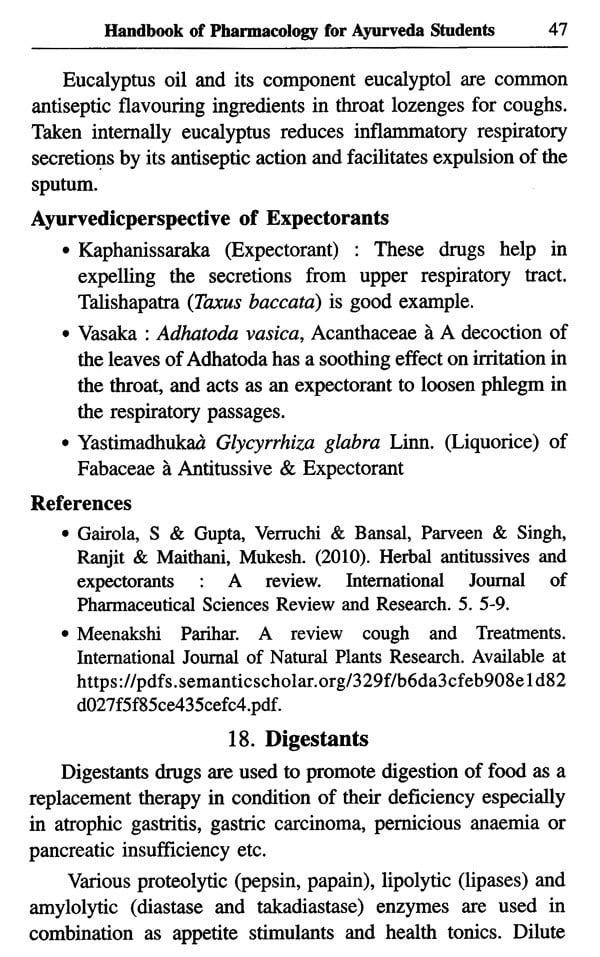 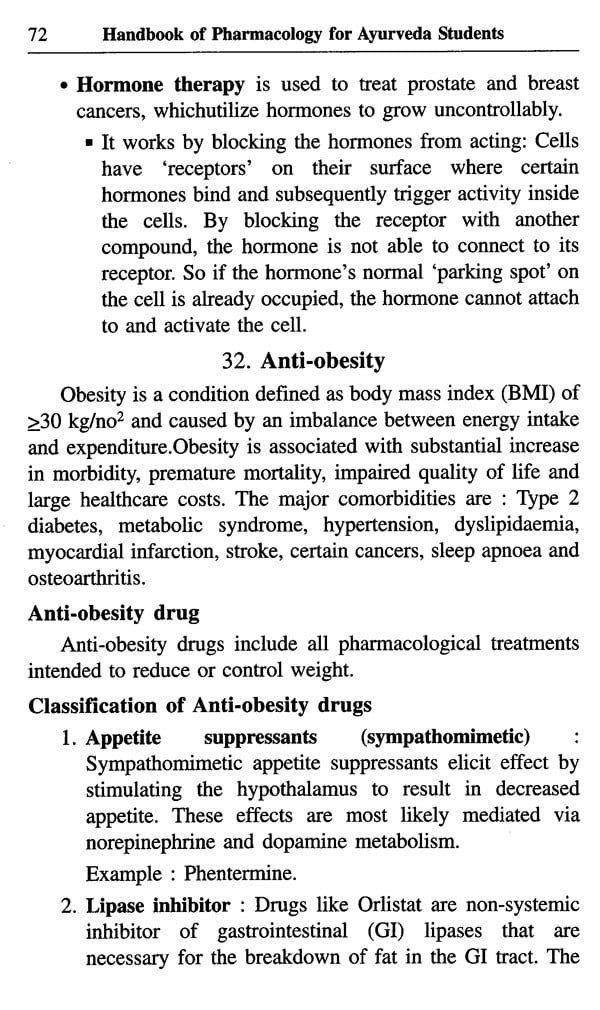 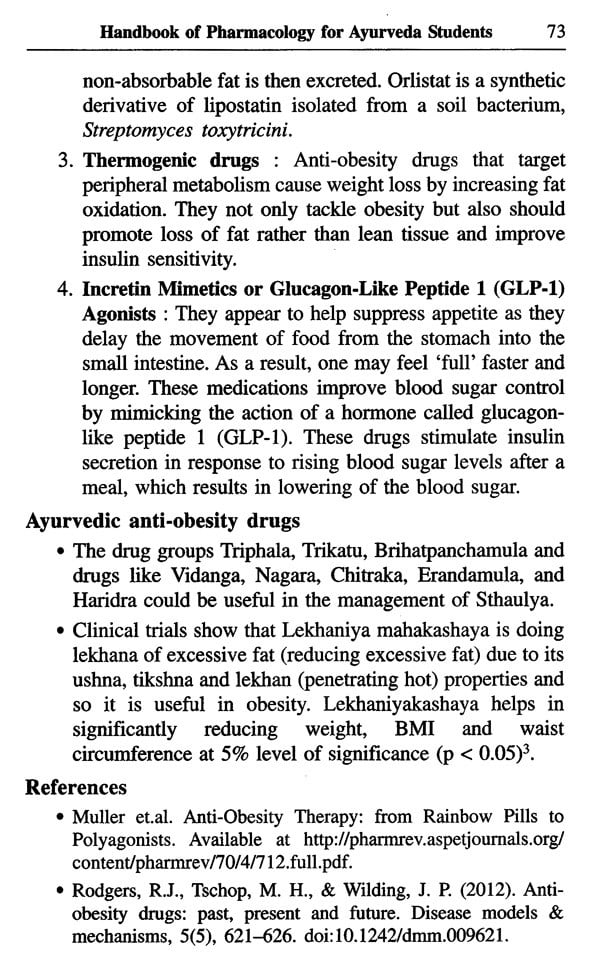