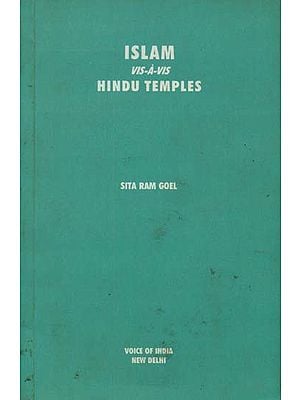 Well-versed in several languages, he has studied the literature, philosophy, religion, history and sociology of several cultures-ancient, medieval and modern. For his judgements and evaluations, however, he draws his inspiration from the Mahabharata the Suttapitaka, Plato and Sri Aurobindo.

He has written several documented studies on Communism, Soviet Russia, Red China, Christianity and Islam. Author of eight novels, he has translated into Hindi quite a few books from English, including some dialogues of Plato and a biography of Shivaji. His other works include compilations from the Mahabharata and the Suttapitaka.

Having become a convinced Communist by the time he came out of college, he turned against this criminal ideology in 1949 when he came to know what was happening inside Soviet Russia. From 1950 onwards he participated in a movements for informing the Indian people about the theory as well as the practice of Communism is Stalin's Russia and Mao's China. The numerous studies published by the movement in the fifties exist in cold print in many libraries and can be consulted for finding out how the movement anticipated by many years the recent revelations about Communist regimes.

A court order in 1986 threw open for Hindu worship the gates of the temple-turned-mosque at the Ramajanma bhumi site in Ayodhya. Hindus were overjoyed, and started looking forward to the coming up of a grand Rama Mandira at the sacred spot. But they were counting without the stalwarts of Secularism in the Nehruvian establishment. It was not long before a hysterical cry was heard "Secularism in danger!"

On the one hand, they proclaimed that Muslims had destroyed no Hindu temples except those few which were stinking with hoarded wealth or had become centres of local rebellions, and that Islam as a religion was never involved in iconoclasm. On the other hand, they accused the Hindus of destroying any number of Buddhist, Jain and Animist shrines in the pre-Islamic past.

As a student of India's history, ancient as well as medieval, I could see quite clearly that they were playing the Goebbelsian game of the Big Lie. But they could not be countered because they had come to dominate the academia and control the mass media during the heyday of the Nehru dynasty. Most of the prestigious press was owned by Hindu money bags. But they had placed their papers in the hands of the most brazen-faced Hindu-baiters.

The most unkindest cut of all, however, came from the Vishva Hindu Parishad and the Bharatiya Janata Party. They were doing nothing towards debunking Secularist lies about Hinduism vis-a-vis Buddhism, Jainism, and Animism. But they were trumpeting from the house-tops that Islam did not permit the destruction of other people's places of worship, and that namaz offered in a mosque built on the site of a temple was not acceptable to Allah! They were laying the blame for the destruction of the Rama Mandir not on Islam as an ideology of terror but on Babur as a foreign invader! One wondered whether this kowtowing to Islam was prompted by ignorance, or cowardice, or calculation, or a combination of them all. The Islam of which the Hindu leaders were talking was to be found neither in the Qu'ran nor in the Sunnah of the Prophet.

The only ray of light in this encircling gloom was Arun Shourie, the veteran journalist and the Chief Editor of the Indian Express at that time. On February 5, 1989, he front paged an article, Hideaway Communalism, showing that while the Urdu version of a book by Maulana Hakim Sayid Abdul Hai of the Nadwatul-Ulama at Lucknow had admitted that seven famous mosques had been built on the sites of Hindu temples, the English translation published by the Maulana's son, Abul Hasan Ali Nadwi (Ali Mian), had eschewed the "controversial passages". He also published in the Indian Express three articles written by me on the subject of Islamic iconoclasm. This was a very courageous defiance of the ban imposed by Islam and administered by Secularism, namely, that crimes committed by Islam cannot even be whispered in private, not to speak of being proclaimed in public.

Finally, VOICE OF INDIA published Volume I of a projected series Hindu Temples: What Happened to Them in April, 1991. It was a collection of relevant articles by Arun Shourie, Harsh Narain, Jay Dubashi, Ram 'Swarup, and myself. An important part of the volume was a list of 2000 Muslim monuments built on the sites and/or with the materials of Hindu temples. This list became famous all over the country and even abroad as soon as it came out.

Meanwhile, the evidence I had collected regarding Islamic iconoclasm could already cover several, and much bigger, volumes. VOICE OF INDIA published Volume 11 of the series in May, 1991. It was devoted exclusively to Islamic evidence, historical as well theological, and was received very well, particularly by the world of scholarship. Only the prestigious newspapers and periodicals in this country ignored it completely; they did not even acknowledge it in their "Books Received" column. An extensive review, however, was written by the Belgian scholar, Koenraad Elst. This review was published by VOICE OF INDIA in 1992 under the title Negationism in India: Concealing the Record of Islam.

The following chapters have been extracted from the second and enlarged edition of Volume 11 of Hindu Temples: What Happened to Them. which has been published recently. The purpose of this small publication is to focus attention on the stark fact that the destruction of other peoples places of worship is a pious performance in Islam, after the precendent set by the Prophet himself when he destroyed all pre-Islamic pagan temples in Arabia. The Qu'ran also sanctions iconoclasm in very clear terms.

Hindus have to realize that their temples are not safe so long as they recognize Islam as a religion and thus permit it to retain its selfrighteous aggressiveness. When the Temple of Somnath was rebuilt in post-independence India, the following Urdu couplet started circulating among the Muslims of this country:

(The temple of Somnath has been rebuilt. We now wait for another Mahmud Ghaznavi.)

People who cherish the illusion that Muslims can be persuaded to make concessions if Islam is flattered, livein a fool's paradise. The whole history of Islam in this country and elsewhere is a witness that Muslims have never made a concession to the kafirs, particularly when it came to the essentials of their creed. It is not Allah but the Prophet who sits at the heart of Islam and dictates its doings. Muslims cannot compromise when it concerns the Sunnah of the Prophet which they regard as the divinely inspired model for all time to come.

Hindus will do well to learn from the experience of Mahatma Gandhi. He spent a life-time in singing hymns of praise to the "noble faith of Islam", and extolling the Qu'ran and the Prophet. He championed the cause of Khilafat as dearer than that of the freedom for India. He believed sincerely that the only solution of the "communal problem" in India was to concede to the Muslims whatever they demanded. And yet he was regarded by a majority of the Muslims as the "greatest enemy of Islam", and abused as such in the foulest language by the Urdu press. He lived to see the holocaust of Partition caused by Islam. His only fault was that, unlike the votaries of Secularism, he was proud of being a Hindu.

The leaders of the movement which passes as the Hindu movement at present have been very critical, and rightly so, of the Mahatma's policy vis-a-vis Islam. But instead of learning any lesson from the Mahatma's folly, they are getting more and more inclined towards following the same path, namely, flattery of Islam in the hope of obtaining concessions from it. The present-day Hindu leaders are nowhere near the Mahatma when it comes to being convinced, conscious, and proud Hindus. Nor is their praise of Islam as sincere as it was in the case of the Mahatma. They are flattering Islam as a matter of strategy, and thus committing the double sin of stupidity and craftiness. They are most likely to land Hindu society into a situation from which it may not be able to find a way out. 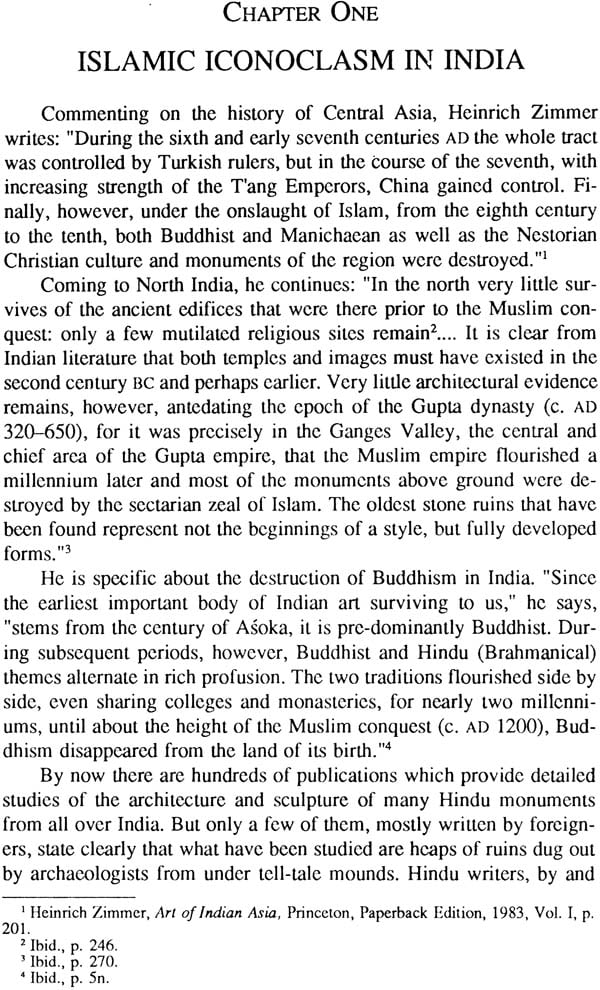 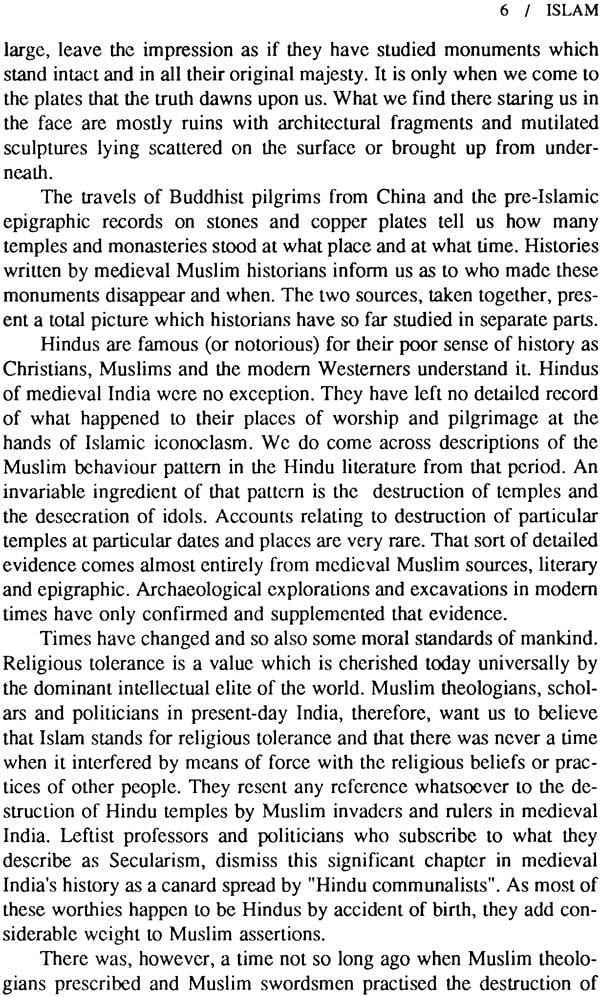 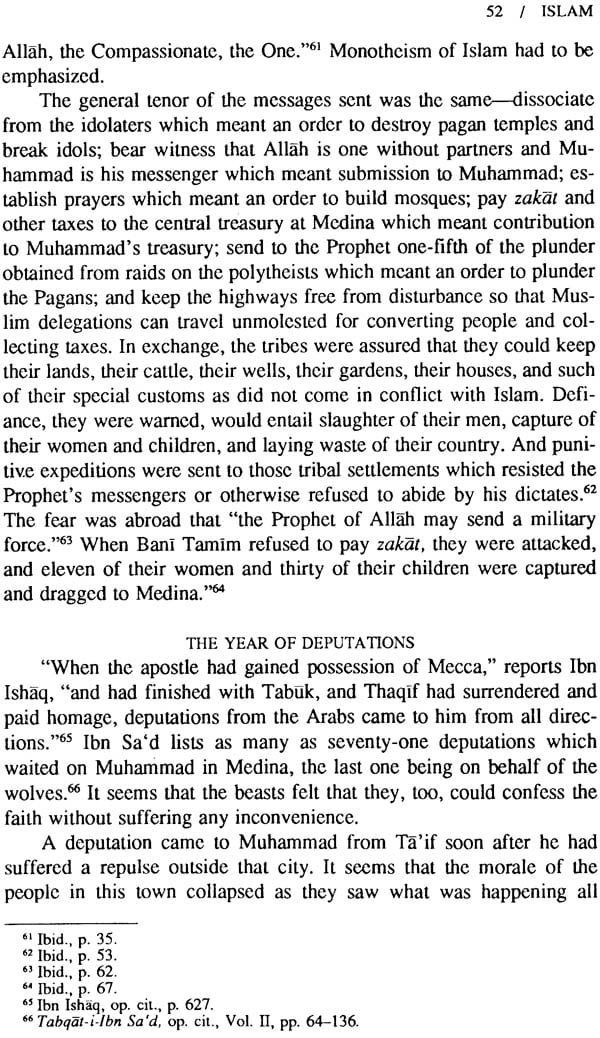 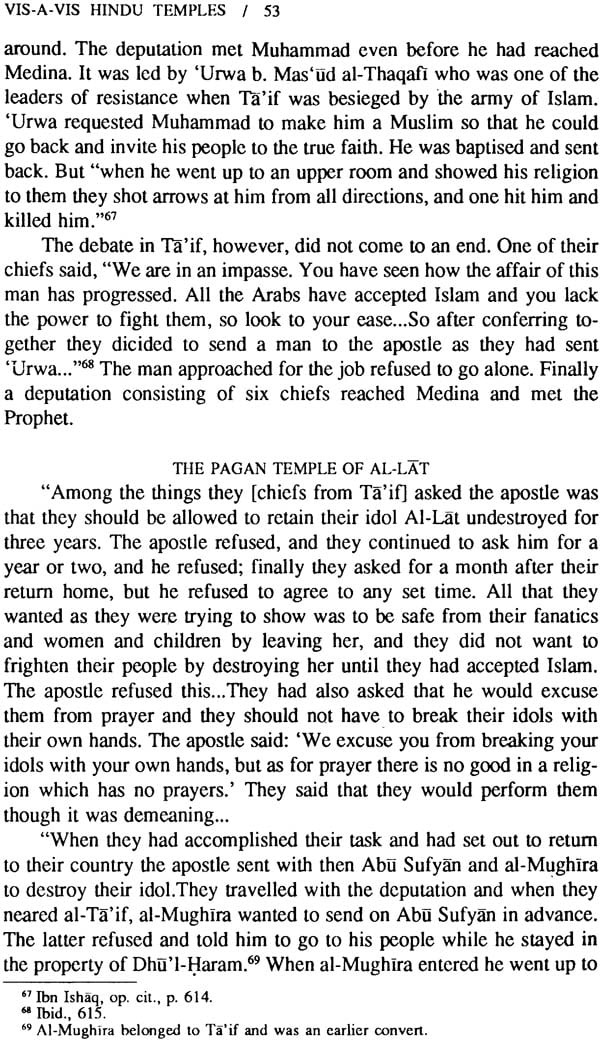 Hindu View of Christianity and Islam
By Ram Swarup
¥1792 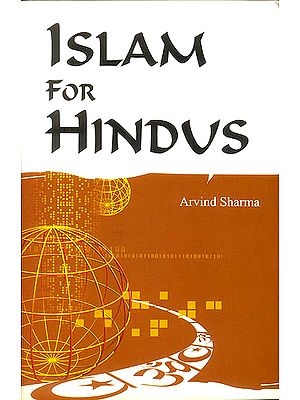 Islam for Hindus
By Arvind Sharma
¥1232

Revelations Judaism Vedas Islam and Christianity (A Comparative Religious Study Between Judaism, Christianity, Islam and the Vedas)
By Rasamandala Das
¥3248

Hinduism and Islam: The Common Thread
By Sri Sri Ravishankar
¥1232

Hindu Views and Ways and the Hindu-Muslim Interface: An Anthropological Assessment - An Old Book
By Agehananda Bharati
¥1881 ¥2352  [ 20% off ]

Alayam: The Hindu Temple (An Epitome of Hindu Culture)
By G. Venkataramana Reddy
¥3248 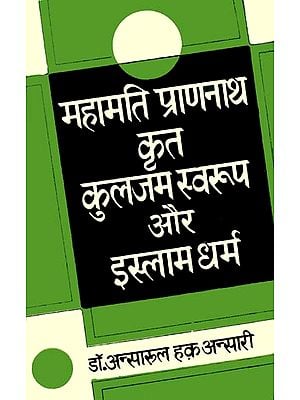 Hidden Hymns (A Comparative Study Between Judaism, Christianity, Islam and The Vedas)
By Rasamandala Das
¥3248 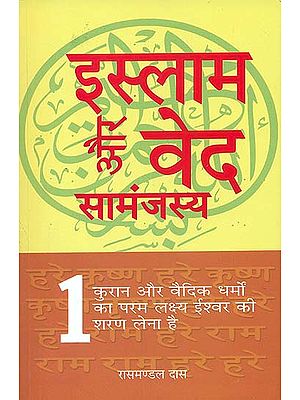 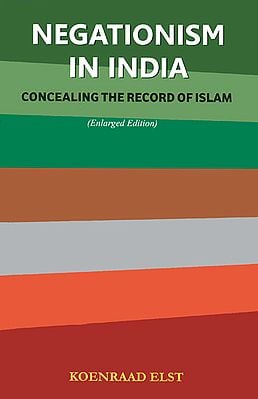 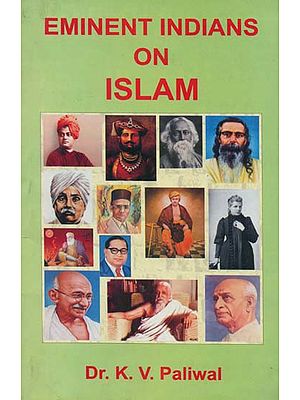