The Jungle Kings (Ethnohistorical Aspects of Politics and Ritual in Orissa) 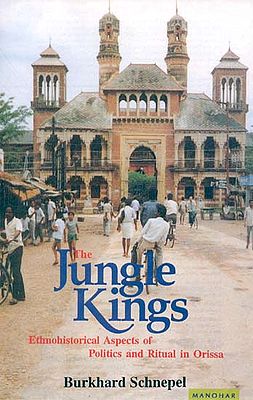 ¥6720
Notify me when this item is available
Save to Wishlist Send as E-card Share by Email
About the Book:

This book deals with kingship in Orissa. However, it is concerned neither with the great kingdoms of central Orissa, nor with the little kingdoms lying on the coast or in the fertile river valleys of Orissa, but with jungle kingdoms lying in the remote hinterland of south Orissa. The discussion is based on material collected by the author during extensive fieldwork and archival research in Orissa during the 1990s. Presenting and interpreting his ethnohistorical data, the author also addresses several issues of more general importance: the nature of kingship and the state in colonial and post-colonial India; the politics of ritual and the rituals of politics; the relation between kings and tribes, the Hinduization of tribal deities; the complementarity of tribal and royal principles of action and organization; or the uses of historical reconstructions as legitimating strategies. It is argued that these and other topics can be shown in new light, not although but because a political unit is the focus of research which experienced hardly and scholarly attention: the jungle kingdom.

Bukhard Schnepel studied Social Anthropology in Berlin and Oxford. His doctoral thesis, completed in 1986 in Oxford, was about the divine kingship of the Shilluk of the southern Sudan. From the late 1980s onwards he switched his regional focus from Africa to India. He then did elaborate fieldwork and archival research in eastern India which resulted in several publications on kingship, religion as well as on Professor at the South Asia Institute in Heidelberg; Visiting Professor in Paris, Goteborg and Bhubaneswar; Associate Professor in Frankfurt and, since 2002, Full Professor in Halle, Germany. His main theoretical and thematic interests are: the interdependencies between politics and religion; ritual theory; the anthropology of cultural performances; the anthropology of the night; the history of anthropological thought; ethnohistory; and since recently, Indians in the diaspora

Jagannath Revisited (Studying, Society, Religion, and the State in Orissa)
By Hermann Kulke and Burkhard Schnepel
¥5040

Jagannath Revisited (Studying, Society, Religion, and the State in Orissa)
By Hermann Kulke and Burkhard Schnepel
¥5040