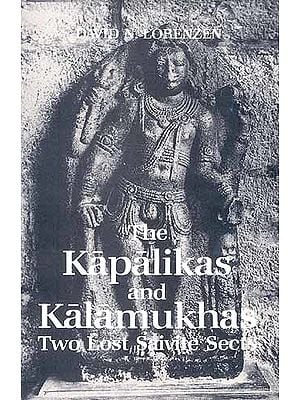 Since the publication of the first edition of The Kapalikas and Kalamukhas in 1972, this work has remained the basic source on these two important Saivite religious sects that flourished in early medieval India. The book also contains a solid summary of the history and doctrines of the Pasupatas, the sect from which the Kalamukhas arose. This new edition includes two new appendices which describe the epigraphical and literary discoveries relevant to these sects made since 1972. The author also offers a new evaluation of the Kalamukhas by the Virasaivas in north-western Karnataka in the thirteenth and fourteenth centuries.

The basic contribution of The Kapalikas and Kalamukhas has been to show that these sects were not the degraded cults-replete with hedonistic and sadistic practices and beliefs-that both traditional sources and modern scholars have often claimed. The author accepts that the religious practices of the Kapalikas reflect a revolt against conventional standards of propriety and religious orthodox, but argues that their aims were consonant with the larger context of Saivite Tantrism and its philosophical and ritual traditions. The Kalamukhas, for their part, also maintained somewhat heterodox religious practices, but the Kalamukha ascetics of Karnataka are shown to have been followers of the Pasupata tradition of Lakulisa rather than a tantric sect such as that of the Kapalikas.

David N. Lorenzen has been a professor in the Center of Asian and African Studies of E1 Colegio de Maxico in Mexico City since 1970. In 1989 he was a visiting professor at the University of Iowa. He has made numerous research trips to India under the auspices of both the India-Mexico cultural exchange agreement and the American Institute of Indian Studies. His recent publications include several articles on the Kabir Panth, on Gupta history, and a forthcoming book on Kabir legends. He is currently editor of the Spanish language journal, Estudios de Asia y Africa, published by E1 Colegio de Mexico.

THE CONCEPT OF RUDRA-SIVA THROUGH THE AGES

THE PRESENT BOOK throws new light, with the help of literary and archaeological data, on the gradual development of the concept of Rudra-Siva in his animal, phallic and human forms, since the days of the Harappa Civilization. The approach is mainly historical and the survey is confined to Ancient India. The author has shown how Siva, in his different forms, has so many counterparts in other religions of the world. The book examines how Siva, the composite Aryan-non-Aryan Divinity, was not only admitted but was ultimately crowned with an exalted position in the Brahmanical pantheon; how the bull once identified with the deity, was relegated to the position of a vahana; how phallism was related to Saivism and also how Siva, in his different forms, was represented in early Indian Art and the Art of Further India.

HYMNS FROM THE GOLDEN AGE

THE RG VEDA traditionally represents the mantras of the great seers of Satya Yuga, the mythical Golden Age of many thousands of years ago, through which they established the ways of spiritual knowledge for this world-age. The author, based on a long study of language, poetry and meditation seeks to show in this volume the validity of this traditional view. It sees the Rg Veda, not just as the scripture of the ancient Hindus, but as our common human heritage from our spiritual fathers in the Golden Age of simple outer living and profound inner awareness. As such it presents the Rg Veda as the key to our past and future spiritual humanity and to the steam of spiritual civilization from which, in our materialism, we have fallen and to which, in our evolution, we must return. This book presents one of the most radical mystical approaches ever given to the hymns of the Rg Veda.