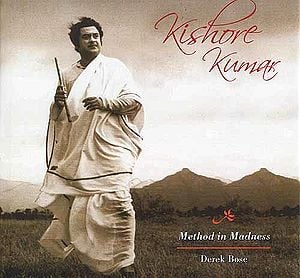 $32.00
Notify me when this item is available
Save to Wishlist Send as E-card Share by Email
From the Jacket:

As in well known, Kishore Kumar was a man of many parts. He was a singer by choice, an actor by compulsion, a filmmaker by conviction... a writer, music composer, lyricist and above all, a supreme impresario - the greatest Hindi cinema has seen. There was another side to him. He was known to be a miser, a madman and a troublemaker who could never be trusted. And then, there are those who knew him well insist that he was as sober as a monk and that all the bizarre and outrageous personality traits he projected were in total opposition to his true nature.

So who was the real Kishore Kumar?

This book attempts to provide an answer to the question by dwelling into the different facets of his personality, while also probing into little known aspects of his personal life. Each of these facets is dealt with at length in separate chapters - arranged in a manner that tracks his journey through life, from a shy, little boy in Khandwa to the biggest badshah of 'boompity boom' in Bollywood. Providing a well-rounded picture of his personality, this book also has many rare and lively pictures to supplement the text.

Derek Bose is a senior journalist, with more than twenty years of experience with the press Trust of India and Indian Express. He has traveled extensively and is currently the South Asia correspondent of a leading British newspaper, Asian Leader.

Apart from his love for cinema, Bose is a keen Sunday painter and has directed several short films, including the award winning documentary, Dance of the Gods.