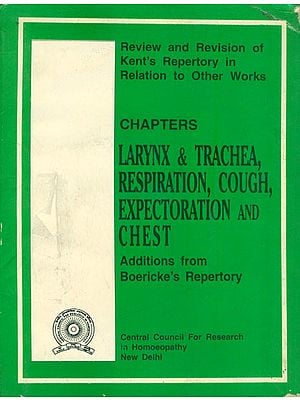 It gives me great pleasure in presenting this work entitled" Review and Revision of Kent's Repertory in relation to other works - Chapters Larynx & Trachea, Respiration, Cough, Expectoration and Chest- Additions lrom Boerickc' s Repertory". This is the fifth in the series of such literary contributions from the Central Council for Research in Homoeopathy. The other works released earlier relate to the chapters" Teeth", "Mouth", "Eye and Vision" and "Eear and Hearing", Unlike the work on chapters "Teeth " and "Mouth" where additions were incorporated in the Repertory of Homoeopathic Materia Medica by J.T. Kent, additions in all other chapters have been incorporated in Kunzli' s Kent's Repertories Generate which is an enlarged version of Kent's Repertory. A comparative study of Keru's Repertorium Generate with O.E. Boericke's Repertory was undertaken by a team of Research workers and addition of new rubrics/ drugs were recommended for inclusion after verifying the same from the known sources like I Hahnemann 's Chronic Diseases/Materia Medica Pura, Allen's Encyclopedia of Pure Materia Medica, Hering's Guiding Symptoms, Clarke's Dictionary of Practical Materia Medica etc., keeping ill view Kent's philosophical framework. Besides these, some of the rubrics/drugs have also been recommended for inclusion from other sources like TF. Allen's Hand book of Materia Medica, Farrington's Clinical Materia Medica, Norton's Ophthalmic Diseases and Dr. S.C. Ghose' Drugs of Hindusthan. The additions incorporated in this work also contain clinical experiences of the Working Group and experiences gained ill the Drug Proving and Clinical Verification Programmed under this Council. The recommendations of the team were scrutinized by the Literary Working Group consisting of experts in the field of Repertory and on the basis of their approval, a manuscript was finally prepared. For the sake of propriety and distinction, these additions have been suffixed with numerical' numbers from I to 79 signifying the source, details or which appear in this work. The additional drugs which appear in italics in Boericke' s Repertory have been shown in italics and rest all have been shown in ordinary type (lowest grade). New rubrics have been indicated with an asterisk. A black point entered after a drug means that the therapeutic efficacy of a remedy has been frequently proven. The black point after the symptom underscores the therapeutic importance of the rubric and often points directly to the remedy in question, or at least to the general area. These therapeutic hints both broaden and enrich the Kennan homoeopathic school, which was evolved over Pierre Schmidt and Kunzli. A list of each of the quoted authors and a list of remedies with their abbreviations are also added to facilitate identification of authors and drugs clearly.

For the purposes of uniformity in enlarging the scope of Kent's Repertories General serial numbers depicted in the list of authors by Kunzli in the Kent's Repertorium Generate have been retained and for the authors which me not included therein new numbers have been given after the last serial number (S. No. 24 is missing in Kunzli's list).

I hope that this work would prove useful to the profession. 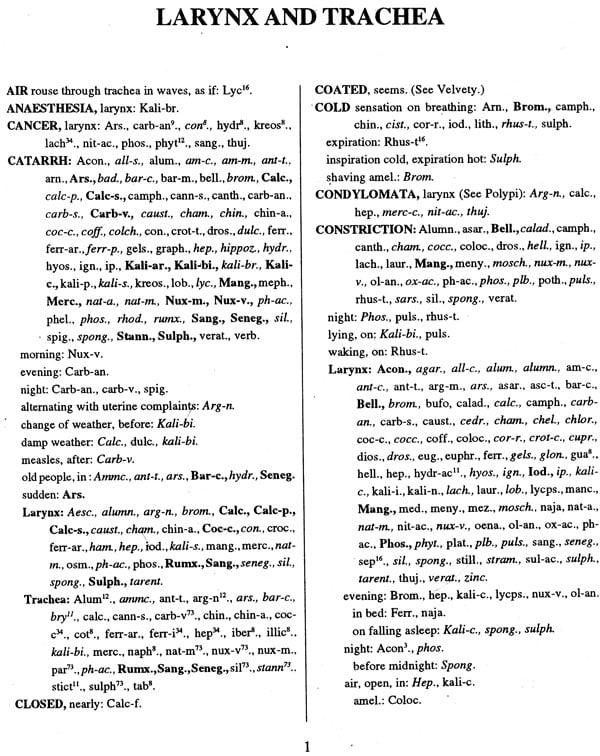 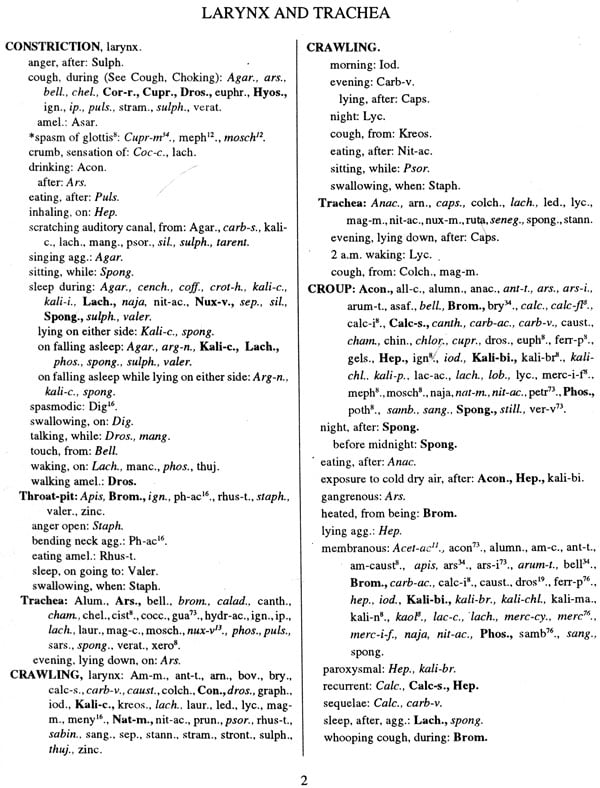 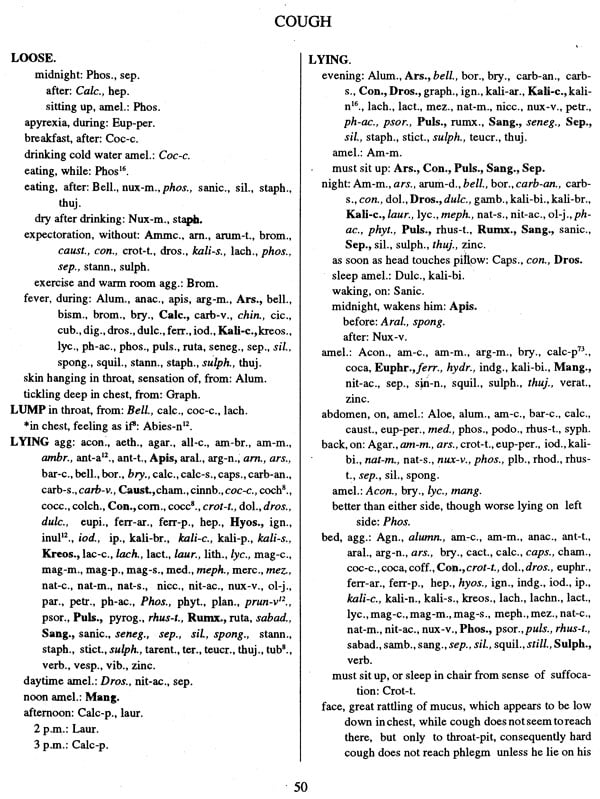 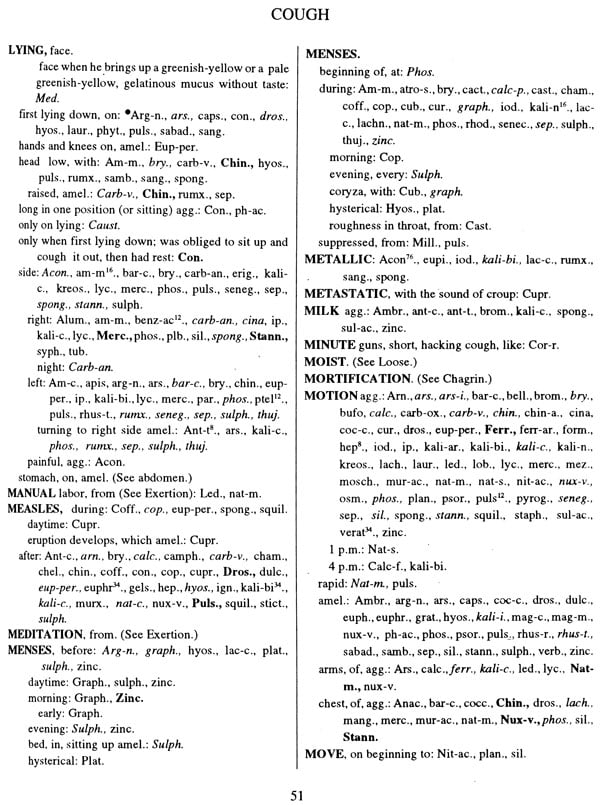 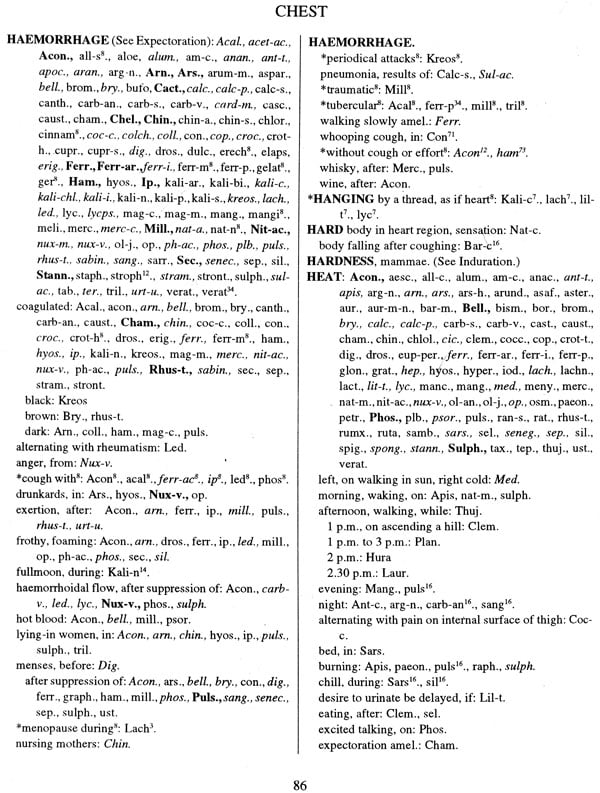 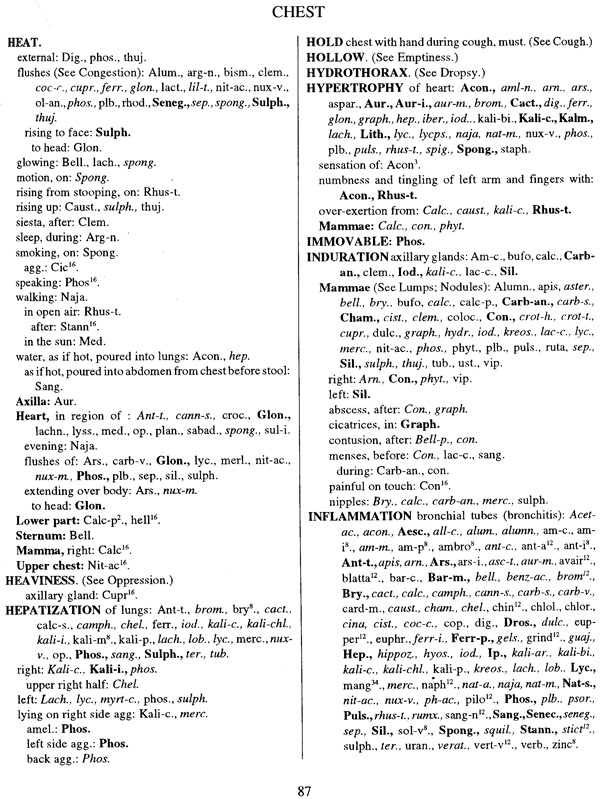 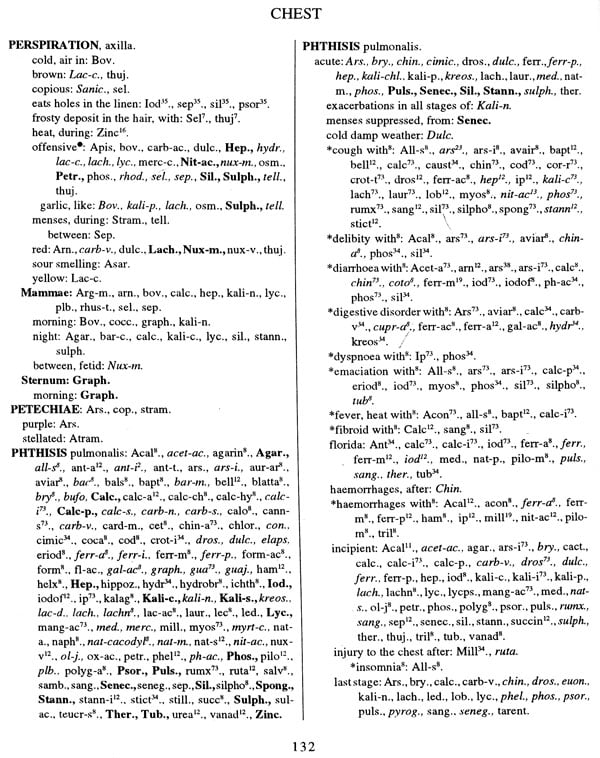 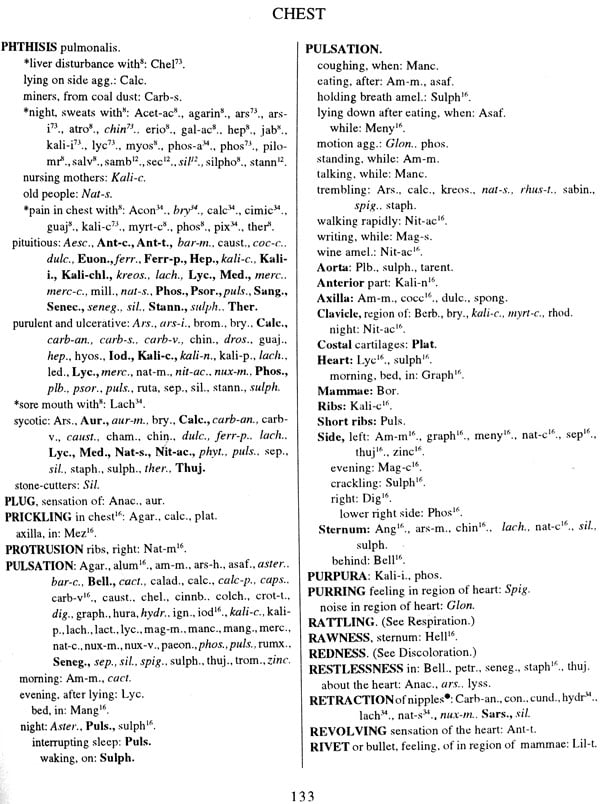