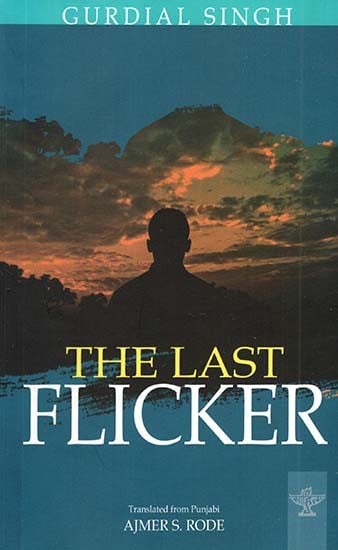 Long ago Dharam Singh's father had brought Thola to his village. He treated him as his own brother and had even gifted four bighas of land to him. After Thola's death, Dharam Singh took sole responsibility of his son Jagseer and his mother Nandi.

Over the years, however, things changed. The position of Dharam Singh weakened in his family. Bhanta, his son who had always opposed Dharam Singh's affectionate regard for Jagseer took no time to grab back the land gifted by his grandfather to Thola and also razed to the ground, the monument erected by Jagseer in memory of his father. The aging Nandi dies of shock. The tragedy of Jagseer is not confined to this.

It is also a tragedy of unfulfilled love for Bhani, Nikka's wife. Through his long years of loneliness, it is opium which somewhat alleviates the storm raging inside him.

Ajmer S. Rod. (b. 1940), an engineer by profession, is also a poet and dramatist with several plays and poetry collections to his credit. He writes and translates both in Punjabi and English.

In an era where more and more people are getting uprooted from villages and moving into towns, it is not unusual to come across authors who, having grown up in a village, can recall it with that kind of nostalgia and literary vigour which comes from first hand experience. Gurdial Singh, the author of this novel, belongs to this category.

He had not yet entered his teens when his uncle who used to work in partnership with his father decided to launch on his own. His father who was a carpenter could not carry on the business single handed. He therefore drafted his young son into his calling and the boy had no choice except to interrupt his studies.

That was unfortunate. He was a good student and was interested in pursuing his education. The headmaster of the school where he was a student was equally unhappy but the economic compulsions had their way. Undaunted however, he continued to maintain his relationship with his teacher who was almost a neighbour. With his help he had continued access to books and never stopped being a student. It was after he had crossed the age of twenty that he cleared his matriculation.

Meanwhile, the young boy had discovered his vocation. He read widely and copiously. Before long, he was translating from Hindi into Punjabi and vice versa. No less important, he started writing stories and published quite a few of them. Meanwhile he kept on studying privately and, as soon as he was eligible to get a teaching job, become a teacher in a primary school.

Of all the authors he had read, he was influenced most strongly by the Russian masters, more precisely by Tolstoy, Turgenev and Chekhove. While everyone is open to some influence or other, so much depends upon one's capacity to assimilate those influences. As a reading of this maiden novel of his (which was written when he was about thirty) shows, he has a distinctive mode of perception which comes through vividly and compellingly in this moving love story. He presents the portrait of a man who is unable to express himself. This is both because of his emotional background and the overwhelming fact that he belongs to the dalit segment of society. These two factors interact with each other in a manner which both propel and complicate the story and lead to the kind of denouncement which is profoundly tragic.

Gurdial Singh has that inwardness of feeling for village life which comes from a deep and intimate contact with rural reality and a strong and creative imagination. That is what makes his writing so authentic. Vitality in literature comes from authenticity. Authenticity comes from intense experience, commitment to life and a sense of rootedness. Those who migrate from the countryside and move into towns in pursuit of livelihood generally lack that sense of rootedness. They are still rooted in the village where they grew up. It is when, some of them gifted in a creative way, turn their attention to their roots that they produce great literature. This novel is a testimony to the operation of this process at work. 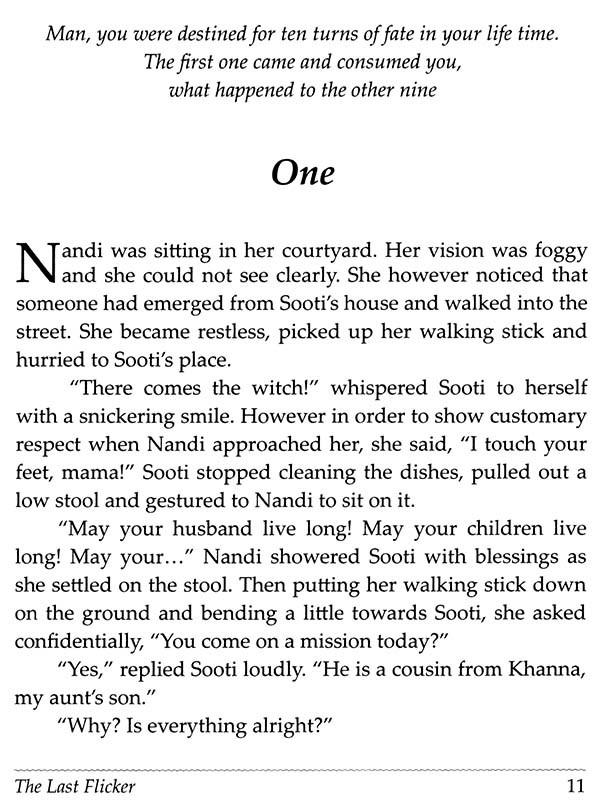 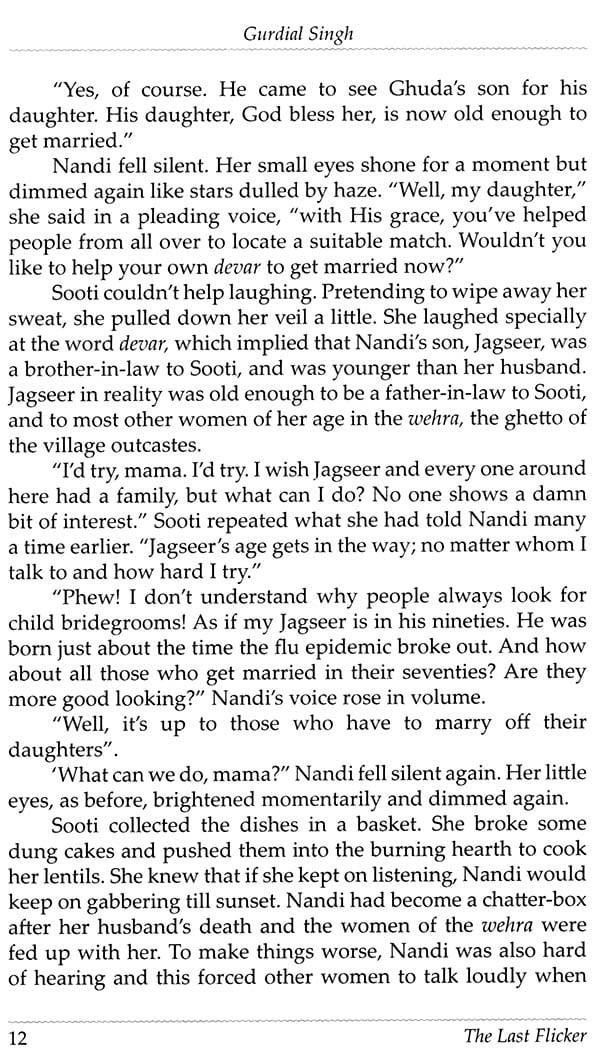 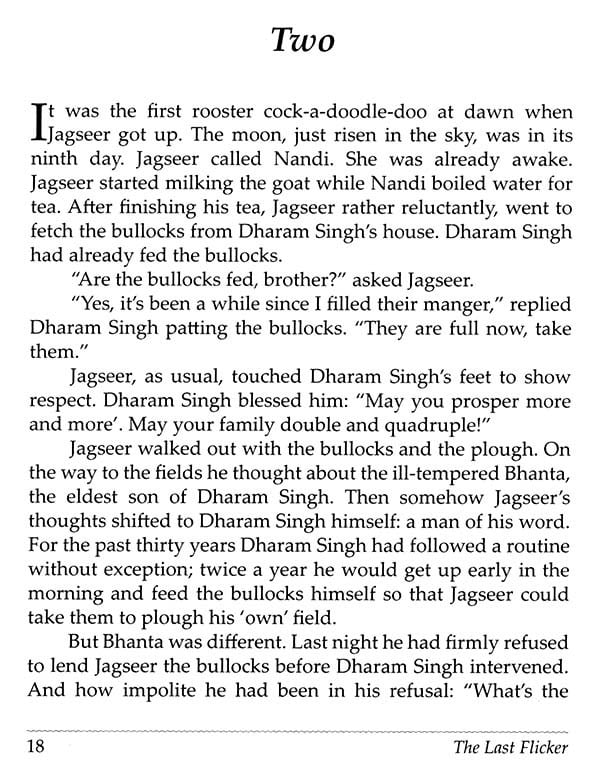 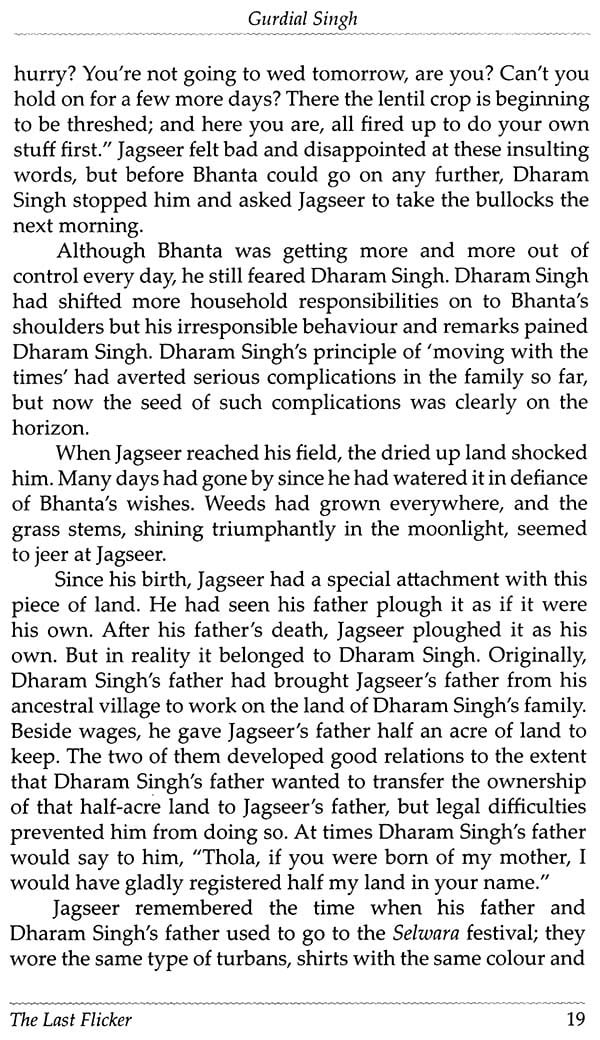 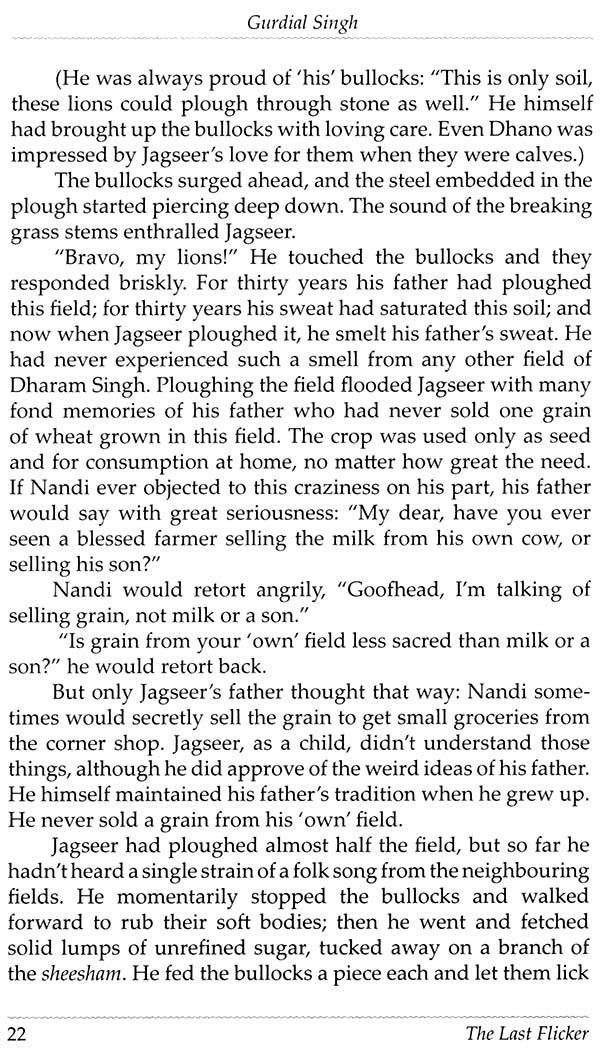 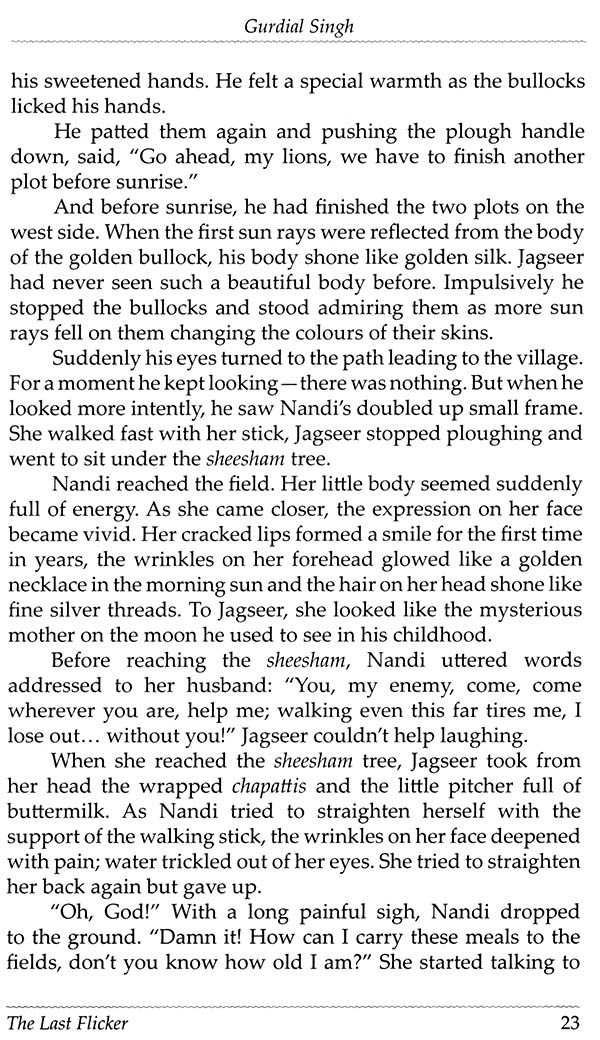