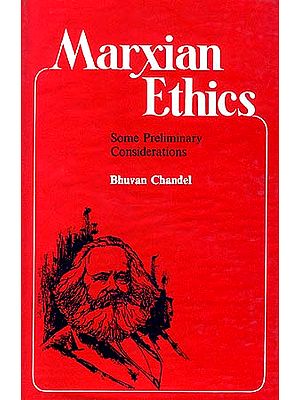 This book Marxian Ethics: Some Preliminary Considerations, is an attempt to explore the meaning and significance of some of the basic formulations of Marxian thought and ideology with a view to cull the ethical dimensions implicitly embedded in Marx's theoretical framework, the work is important in view of the fact that there are extreme divergences and contradictions in the interpretations of Marxism leading to a controversy between the exponents of scientific and philosophico-ethical aspect of Marxism.

The work presuppose a few basic questions in the context of Marx's concern for ethics and morality. Is Marx advocating a moral principle which must be conformed to or is he seeking a goal realization? Is he concerned with a sociological analysis of factors in the decline or rise of moral values or is he visualizing an ideal state of affairs which ought to come into existence? The language of morality cannot be understood except against the background of certain norms and forms of social existence. Marx, according to the author, is not only confronted with the moral problem but, indeed, forces the moral question on us.

The author maintains that Marx's entire social philosophy flows from his radical and revolutionary views on reality as manifested in his state of alienation - a concept which according to her lies at the heart of Marx's social and moral analysis. The author grapples with the questions why Marxism is accepted.

Almost as a religion by the countless millions of people. Is it because it looks at the tries to solve the riddles of man's existence from a moral point of view? The author discusses the relevance of man's relation of nature, history and society and tries to view it from a valuational standpoint which incorporates within it the absolute supremacy and dignity of man, which have an unconditional priority in the hierarchy of values. She locates the basis of Marxian system of moral values in a metaphysics of human nature.

Bhuvan Chandel is at present a reader in the Department of Philosophy, Panjab University, Chandigarh, where she joined as a lecturer in 1968. After obtaining her Ph.D. in 1970, she has given vital evidence of being one of the foremost interpreters of Marxism from the Philosophical and Ethical point of view. The areas of her interest include social and political philosophy.

Dr. Chandel is member of the Academic Council, the Faculty of Arts, the Syndicate and the Senate of the University. She is also the editor of a Research periodical - Perspectives. 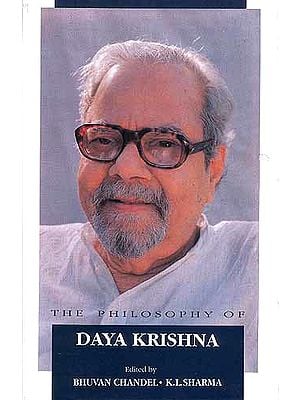