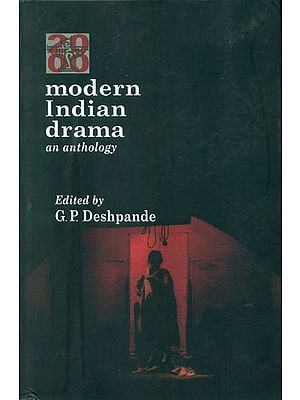 This is the first comprehensice anthology of modern Indian drama. 15 modern plays in different Indian languages brought together here represent the thematic and formal concerns of contemporary Indian playwrights. The volume includes plays by Sriranga, Vijay Tendulkar, Mohan Rakesh, Badal Sirear, Girish Karnad, Satish Alekar, K.A Panikar, Chandrashekhar Kambar, Utpal Dut, Mahasweta Devi and others. While some plays express profound socio-political concerns, other address the fundamental issues of human life through the reinterpretation of myths and folktales. The anthology thus represent the full range of the form and content of modern Indian Theatre.

Govind Purushottam Deshpande (1938-2013), editor of this volume, was a well – known Marathi playwright. Essayist and critic. He taught Chinese Studies at Jawaharlal Nehru University, Delhi for many years.

He has written six full length and two one act plays in Marathi and has published two volumes of social and literary criticism. His collection of essays Culture and Politics was published in 2006. He is also the author of a collection of poems. Ityadi Ityadi Kavita. Twice honoured by the Maharastra State Government, he was the recipient of Sangeet Natak Akademi Award for the Best Playwright in 1997.

Would thou the blooms of the early, the fruits of the later season?

Wouldst that what charms and enraptures, what satisfies, nourishes, feeds?

Wouldst thou heaven and earth in a single name comprehended?

Name I, Shakuntala, thee and so is everything said?

The German translation of Kalidasa’s Shakuntala was published in 1791. The enthusiasm it aroused, says a latter day American editor of the play, ‘is immortalised in Goethe’s apostrophe’. He goes on to remind us that Shakuntala was indeed an inspiration to poets, a thirst for natural colour for unspoiled emotion, for the exotic, the supernatural, the gracefully wild’. He adds, however, that ‘lost on them was the insipidity, the superficiality, the cloying sweetness and sentimental falseness, that we perceive today – less glaringly in Shakuntala than other Hindu Plays, but patent even there’,

These reactions are typical of the ambivalence of the poets and playwright representative of ‘the eruptive forces of Rousseauism and Romanticism’ towards the ancient Indian theatre. Over a period of time India and the Indians left the ambivalence behind. The nationalist movement which dominated Indian thought and self – perception would have had very little use for this ambivalence. Slowly but certainly it convinced itself that ‘the romantic spirit had reached a pinnacle of art but not alone in Shakespeer and in Calderon, but in the wondrous East as well’. From a nationlist perspective east was India. Rousseauism and Romanticism led us to believe that there always was and is an ‘Indian’ theatre. This theatre was supposed to be classic theatre. Whether Kalidasa can take a place among the world’s great was no longer a relevant question. He always there. It did not matter then the English, French and German translations predate Shakuntala’s translations in any Indian language at least by eighty to ninety years. It was only in the 1880s that Kalidasa came to be known in major India languages. Once he and the Sanskrit theatre generally were known, we assumed that we had always known them. In a perculiar way all theatre became non-tempral. No body knew for certain when Kalidasa or Bhasa or Bhavabhuti lived and wrote. We were also uncertain of the date of performing arts. Early nationalism did not really need to know. It already knew what it needed to. It was quite happy and contended to know that our ancient history, not unlike that of Greece and Rome,could Boast of theatre, a theatre which inspired Goethe to sing high praises to it.

In a sense this view of Ancient India which was at least partially a creation of Europeon Romanticism encouraged the tendency to believe that there is the (and not an) Indian Theatre which is timeless. Its linguism character was uncertain. Was it Sanskrit? Was it Prakit? Was it based on the Sanskrit Epics? These questions were perhaps never asked. Or if asked the answer to them were taken to be self – evident. The ‘heaven and earth’ of theatre was comprehended in terms of Shakuntala, i.e., Sanskrit, i.e., Indian theatre.

In the middle of the nineteenth century our earlywrites were struggles with classical heritage. Micheal Madhusudan Dutt wrote a play on Sharmistha in bangla in 1856 while Kirloskar narrated the story of Subhadra (again from the Mahabharata) in Marathi less than a quarter century later. There was Malayalam adaptation of shakuntala in 1980 and so on. Vishnudas Bhave turned to Yakshagaan, akhyan and other folk and traditional forms to create modern, proscenium theatre beginning 1843.

The history is important. A search for an authentic ‘Indian theatre had begum within fifty years of Sir William Jones’ translation of Shakuntala in 1789. This search had two distinct features. It postulated a comparable if not uniform “Indian” theatre. It also postulated a notion of theatre which is civilisation – specific. That in the past theatre was civilisation specific need not be questioned. What this search seemed to suggest was that theatre would always be civilisation specific. It would be a theatre of Indian forms which would be completely understandable; it would also be theatre of ‘Indian’, ‘timeless’ content which is not easily understandable. In short a pre – modern theatre was taken to be eternal theatre. It did not seem to be material to this search that modern Indian Theatre was being written in different languages and as such different language – cultures and situational specificities mattered as much to this theatre as to the theatre based on the epics like the Mahabharata and the Ramayana, Tagore and Khadilkar wrote their first play within about ten years of each other. But the chronological difference was not the only difference. The languages and the ethos of the two writers were quite different, Bangla and Marathi would be as different from each other as Romanian and Spanish would be. They have to be the thought fo as different (but comparable) theatre traditions. It is their difference lay in different language – cultures and conventions as also in traditional theatre in different areas of India.

The fact that the new theatre came to be written and staged in the shadow of the British rule also made a great difference to our theatre – practice. The first ‘modern’ play in India was staged in Calcutta towards the end of the eighteenth century. That play was in English and was directed by a European. Interestingly this production and Sir William Jone’s translation of Shakuntala were not far removed in time from each other. The former celebrated a modern Europeon play. The latter celebrated an ancient Indian play. 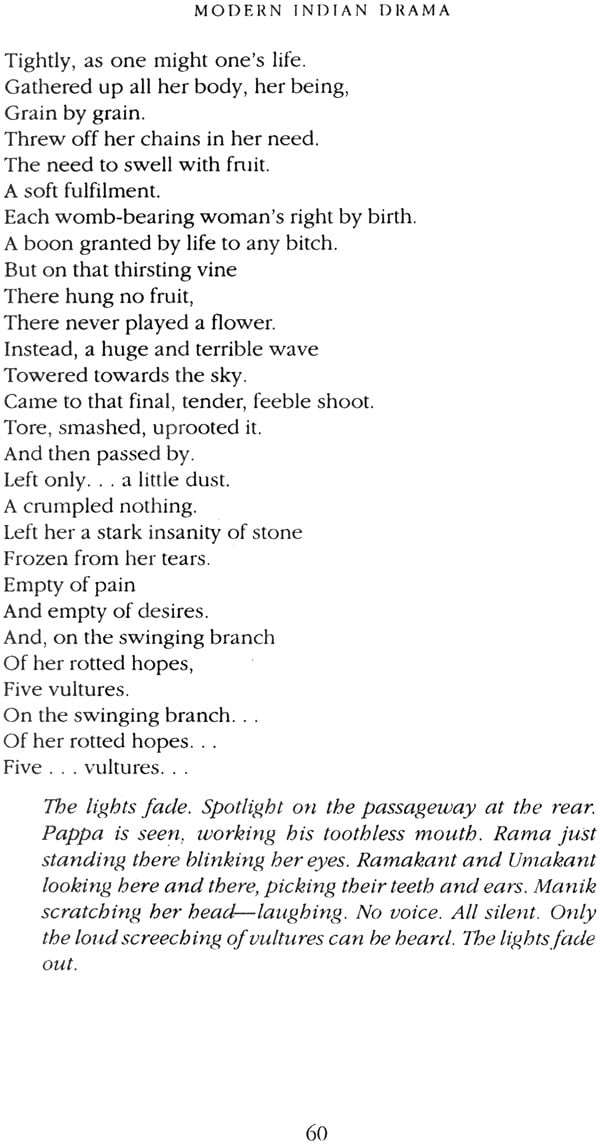 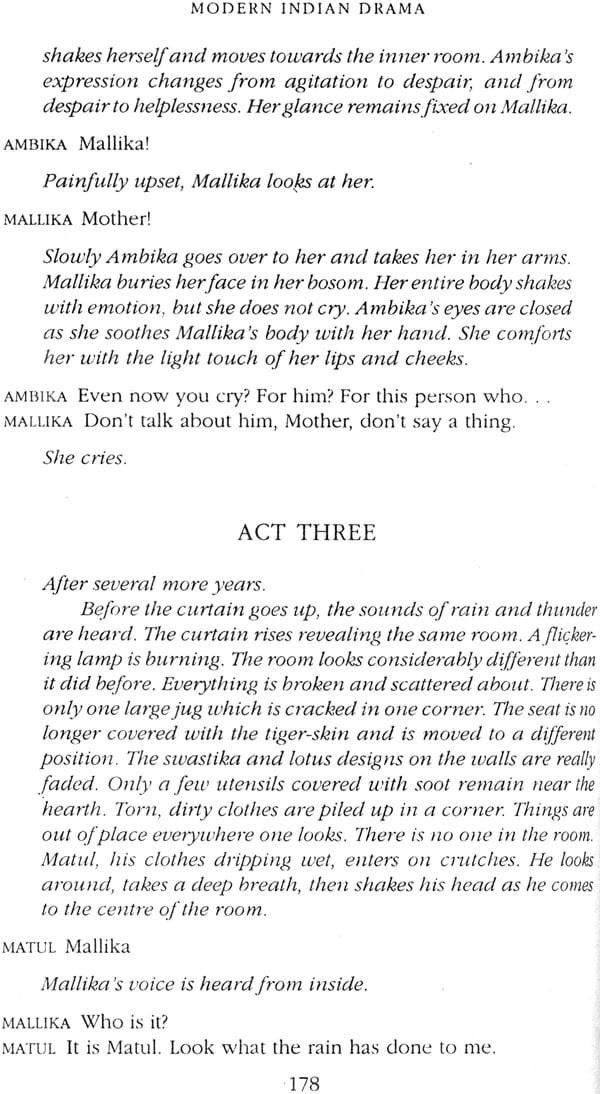 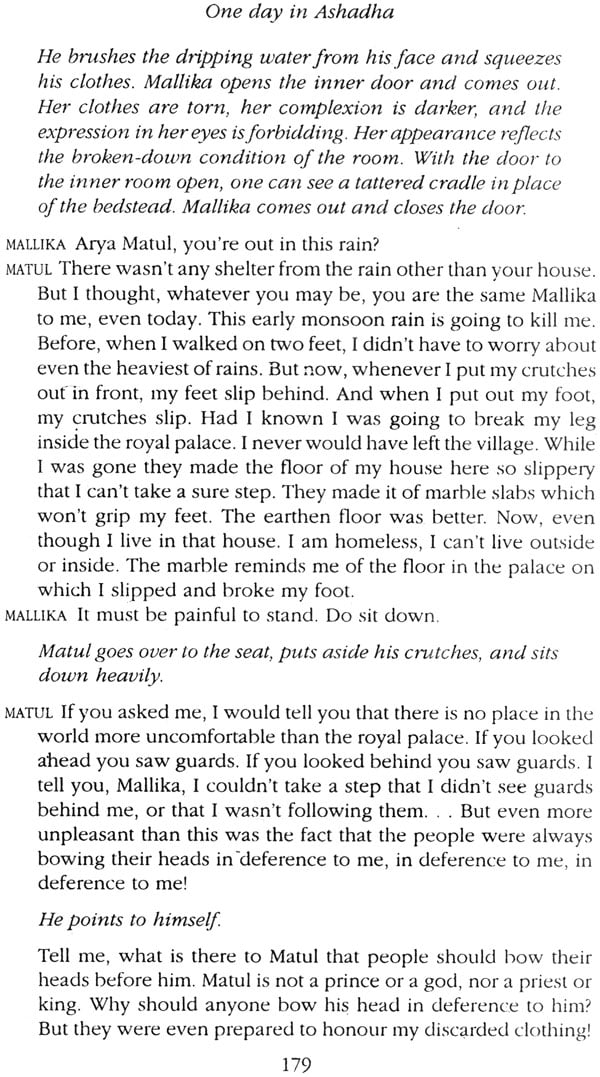 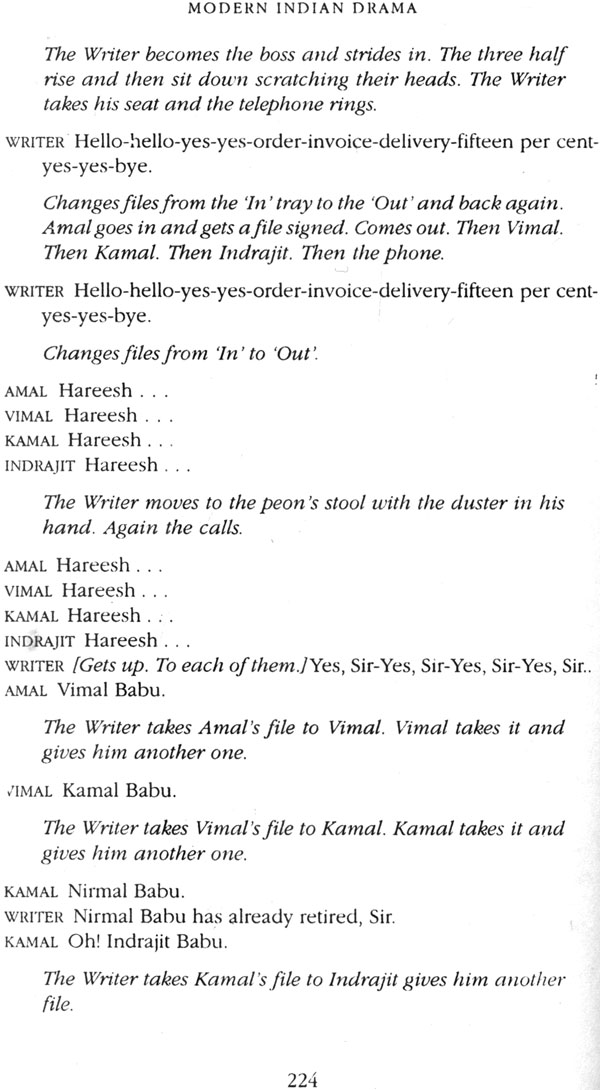 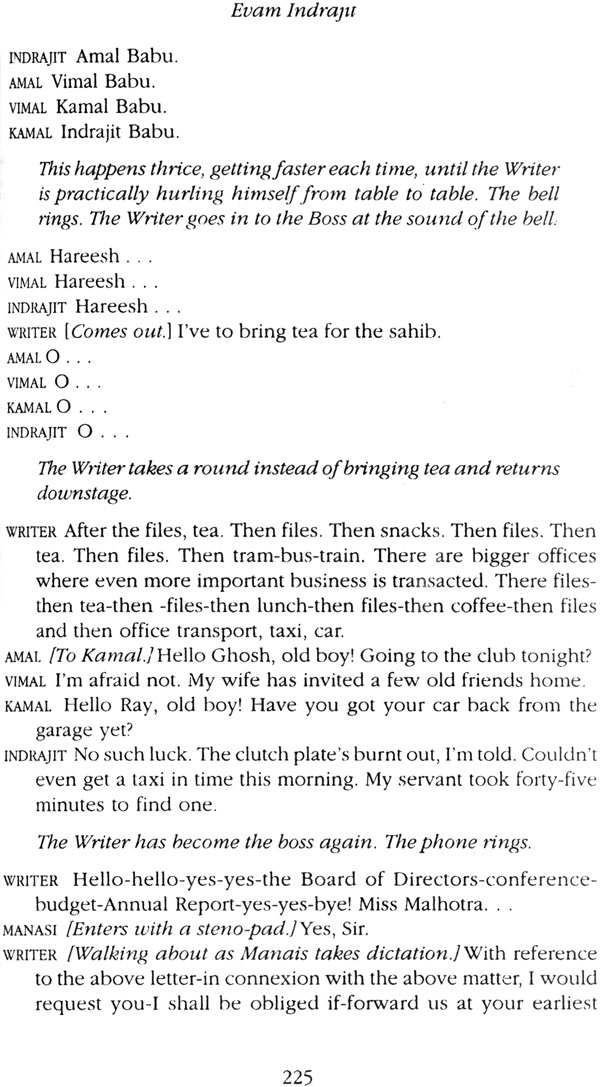