Muhammad Ali Jinnah- A Journey from India to Pakistan 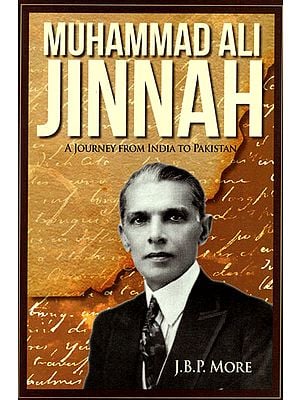 M.A. jinnah entered politics as a Congressman and as a nationalist. While in the Congress, Jinnah joined the Muslim League in 1913. It was in that new political avatar that he brought about the Lucknow Pact as a communal settlement between Hindus and Muslims in 1916. Exasperated by the rise of Gandhi in Indian politics, Jinnah left the Congress and dissociated himself from the Non-Cooperation and Khilafat Movements. He continued to be a leader of the Muslim League. Jinnah raised his stakes. From his Delhi proposal to the Fourteen Points, he got almost everything from the British. The Communal Award came as a shot in his arm to re-affirm the separate political existence of the Muslims and their special destiny. The Government of India Act of 1935 along with the Communal Award, and the subsequent provincial elections of 1937 gradually pushed Jinnah to radicalize his stand related to the separate political existence of Muslims in India, ending up in the demand for a separate Pakistan in 1940.

J.B.P. More is a scholar of international repute who specializes in the political, social, and colonial history of India. A doctorate in history from Ecole des Hautes Etudes en Sciences Sociales (EHESS), Paris, currently he teaches at Institut des Hautes Etudes Economiques et Commerciales (INSEEC), Paris. He has published extensively on the history and sociology of south India and on the French colonial history of India. He has more than 20 books and 45 articles to his credit.

In this book I intend to write about Muhammad Ali Jinnah, one of the prime architects of the Partition of India. The focus of this work will be on his life since birth to the various phases or avatars during the course of his political career until he launches the demand for Pakistan from Lahore in the year 1940.

I had worked on the controversial subject related to the Partition of India since 1999. I have collected a lot of material pertaining to the subject which has been published as a book under the title Partition of India: Players and Partners (2008). It was published by the Institute for Research in Social Sciences and Humanities, based in Nirmalagiri, Kerala. I have focussed on the crucial six to seven years that preceded the Partition of India. While working for this book, I had collected a large amount of authentic material related to Jinnah, his life, and his political role during the crucial years leading to the birth of the idea of Pakistan. It is this material that I intend to put to good use in the writing of life and political career of Muhammad Ali Jinnah until he raised the demand for Pakistan.

Writing about an enigmatic and controversial personality like Muhammad Ali Jinnah is not always an easy task. Much has been written on him both in India and Pakistan and also in the Anglo-Saxon dominated West. Generally, it is either written to praise him for his achievement of Pakistan within a short span of seven years, or it is written to deride him for having split India into two, on the basis of religion. In this work, my intention is neither to praise him nor deride him for his political achievements. I am neither an admirer of Jinnah nor am I his detractor. Instead, my intention is to look objectively at the life and political career of Jinnah in the light of the contemporary events which finally pushed him to raise the demand for Pakistan. This will be done on the basis of authentic evidences and recorded facts, paying the greatest attention to rationality and logic. Jinnah might have spoken many things on various issues during the course of his political life. But what is more important in Jinnah's life is not so much the words that he pronounced orally off and on, but what he actually did. In other words, I will dwell more on the real actions of Jinnah rather on his oral words, though the latter may sometimes have its own limited importance.

Muhammad All Jinnah is credited by almost everyone in Pakistan as the sole architect of Pakistan. In India too, the dominant view was that Jinnah and his Muslim League were responsible for the break-up of India. The Indian National Congress (INC) and its leaders also put the blame on the British colonialists for resorting to the 'Divide and Rule' policy to estrange Hindus from the Muslims. Some scholars think that the British pushed Jinnah to ask for Partition, while others maintain the contrary.

On their part, the British colonial authorities and scholars ranging from C.H. Philips to Francis Robinson usually asserted that as Jinnah and the Congress leaders were at loggerheads with regard to the future of India, Partition became unavoidable. Therefore they assert that the British, whose official policy was to maintain Indian unity, had no role in dividing India. A few among them thought that Jinnah was actually using the Pakistan slogan as a bargaining manoeuvre to extract more concessions for Muslims within a united India.

It is obvious that most British scholars, if not all, conditioned by their national history and interests have a marked tendency to put the entire blame for the Partition of India on the Hindu and Muslim leaders as if the then British authorities had no role in bringing about the Partition. They had never raised an accusing or even a critical finger on any British leader or British Indian colonial authority for causing the Partition of India to happen. Therefore, for a neutral historian like me it will not be judicious to rely on them to give an accurate account of what happened for the Pakistan demand and the Partition to come about.

The protagonists of Jinnah, especially from Pakistan or of Pakistani origin see in Jinnah a man of impeccable character and indomitable will, combined with great political wisdom and acumen. They credit him for his extraordinary tactical moves, which to them were all part of a master plan. It is a matter of great pride for them to assert that Jinnah single-handedly braved top veteran Congress leaders like Mahatma Gandhi, Jawaharlal Nehru, C. Rajagopalachari, and Vallabhbhai Patel. He also courageously faced the British colonial authorities in order to achieve his Pakistan, which turned out to be the largest Muslim nation in the world and that too within a short span of seven years. For Aga Khan, the Imam of the Ismailis, Jinnah, the Gujarati Khoja, was the most remarkable man that the world had produced, far greater than Clemenceau, Lloyd George, Churchill, Curzon, Mussolini, and Mahatma Gandhi in strength of character and statecraft.' For the protagonists of Jinnah, it is simply impossible to imagine that Jinnah would have gone wrong in his calculations with regard to Pakistan.

Besides, the scholars from Pakistan generally did not accept the Indian argument of the 'Divide and Rule' policy of the British, for it belittled the stature of Jinnah and their belief in his brilliant strategy and tenacity in obtaining Pakistan, outwitting both the Congress leaders and the British. They would not even admit the existence of a combined Indian nationalism of the Hindus and the Muslims in British India. Instead, they saw in Jinnah an extremely skilful negotiator and expert constitutionalist right from the beginning.' For most of these scholars from Pakistan or of Pakistani origin, Jinnah was almost infallible in his words and actions and his strategy to obtain Pakistan was impeccable.