The Music and Musical Instruments of Southern India and the Deccan 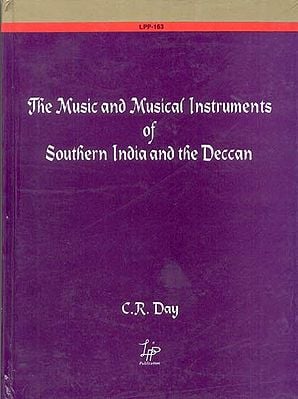 $16.00
Notify me when this item is available
Save to Wishlist Send as E-card Share by Email
About the Book:

The work which is now published has been the result of much study and research during a term of foreign service while the author's regiment was in India. And it is hoped that the information here offered for the first time may prove of interest, and many assist inn some small degree in supplying a want hitherto felt among musicians and students of National musical literature. To render the book of greater value, and to assist those who may make further research, a catalogue of various works with the subject has been added, together with a carefully prepared list of various Sanskrit authorities. Notice has been taken of the legendary origin of music among the Aryans, and of its principles as understood in Modern India; the peculiar scale and rhythms employed have been described in detail; and examples of various airs are given in notation. In order to show the principles of form upon which the Indian musicians construct their melodies an analysis of some of the examples has been attempted.

CHAPTER I.
Indian Music - How changed in the course of years - Its decline under Mahomedan rule - Hindu ideas of music - How encouraged in the South India - Connection with religion - Influence of religion upon music - Legends - Difficulty of deciphering the ancient treatises - How differing from European music - Most noticeable peculiarities.
CHAPTER II.
Preservation of music in Southern India - Modern Karnatik system believed to be closely akin to the ancient - Sanskrit treatises - Definition of s'ruti - System of twenty-two - Formation of scales (grama) - Relation of major and minor modes - Deviation of intervals of system of twenty-two from those of just intonation - Comparison of ancient scale with European diatomic - Results of recent observation - System of twelve hinted at in Sanskrit - Murchanas - Raga - How differing from mode - Tala or rhythm - Time, how estimated - Ancient varieties of rhythm - Ancient notation.
CHAPTER III.
Modern theory - How differing from ancient - Notation - Arrangement of gamut - Scales - Time, how signified - Application of measure to music.
CHAPTER IV.
Raga - How defined - Notes essential to composition of - Vadi and Samvadi notes - Modern meaning of Murchana - Examples of Murchana applied - Ancient and modern methods of performance of raga - How differing - Alapa - Madhyamakala - Gamakas - Classification of ragas - Popular scales for - Allied to certain passions - Peculiarities - How apportioned to seasons and hours - "Kattika," or list of modern ragas.
CHAPTER V.
Taste of European and Oriental nations: how differing - Reasons for non-employment of harmony - Method of singing - Of Indian melodies - Form - Classifications of - Rhythm - Employment of mixed times - Tonality often doubtful - Resemblance of Indian music to that of other countries - Examples of popular melodies - Hindustani musical system: how differing from karnatik - Examples of Hindustani melodies - Scales employed in the Hindustani system.
CHAPTER VI.
Musical entertainments - Music and the Drama - Influence of the latter upon songs of the country - Of the Indian orchestra - Religious music - Temple music - Employment of bells - Street music - The Nahabet - Nautch music - Dancing.
CHAPTER VII.
Of instruments - Decoration - Materials - How susceptible of improvement - Chief defects in construction - Eastern origin of many European instruments - Descriptions of instruments in common use.
CHAPTER VIII.
Principal seats of music in Southern India - Famous Indian musicians of the South - Bibliography of Indian music - Sanskrit MSS. Upon music.

The Sangitopanisat-Saroddharah (A Fourteenth-Century Text on Music from Western India)
10.5 Inch X 7.5 Inch
$43.00