Perspectives on Indian English Literature are too vast and varied to be completely evaluated between the covers of a single book. The present volume is a modest contribution to explore this area through a vast cross-section of scholars and academicians from different universities of the country. Apart from its critical and academic importance, the present volume would also help the students, teachers, researchers and scholars to know India through the broadened perspectives profferred through English language.

VINOD KUMAR MAHESHWARI is Reader in the Department of English Studies and Research at Agra College (Dr. B.R. Ambedkar University), Agra. He writes both in Hindi and English with equal felicity and has contributed to anthologies of research articles and journals. His publicaitons, in addition to poems, translations and review articles, include essays on American Literature and Indian Writing in English. In the field of Hindi literature he has edited Dwarika Prasad Maheshwari Rachnavali (3 Vols.) (1996) and Sidhi Raah Chalta Rahaa (Autobiography) (2000).

Dr. Maheshwari is, at present, member of the Eugene O'Neill Society, Boston, U.S.A. and is on the Research Board of Advisors, American Biographical Institute, Raleigh, North Carolina, U.S.A.

At the very outset of the Preface to this volume, one must acknowledge the pioneering role played by Prof. K.R. Srinivasa Iyengar through his well-known classic, Indian Writing in English. The very fact that in most of the Indian universities, Indo-Anglian Literature has been taken as a subject at the Post-Graduate studies and research shows its literary and academic importance at the international level; and it is hoped that in times to come, the Indian writings in English would gain deeper roots in the cultural subsoil of emerging India. More and more young students and teachers engaged in higher studies would get interested in knowing about the writings of Indian writers in English in different literary genres : Prose, Fiction, Criticism, Poetry and Drama. Keeping this view in mind, an humble attempt is being made through the publication of the present volume - which is essentially a volume of critical evaluations of the works of some important Indian Writers. Eminent teachers and scholars from different parts of the country have framed critical articles on the contemporary Indian Writers in English.

In addition to these, there are also some other critical articles included in this volume on Perspectives on Indian English Literature. Taken together, all these research articles are expected to enkindle keener interest among scholars and students of English literature in India; and it is hoped that there would come out more and more fruitful studies on life and literature by Indian writers and critics in English. They have an onerous responsibility to share because of the complexity of Indian life, which is getting transformed very fast under the impact of forces from all over the world since Independence.

Electronic devices have specially given a great boost to these cultural changes. And as the country, along with the rest of the world, is in a melting pot, Indian academicians and scholars should rise to the occasion and seize this opportunity by giving utterance to these changes as they have come to affect almost every man and woman in this 1-billion sub-continent. There is, indeed, a pull of tradition with its amazingly complicated caste-system and social practices; and there is also an hour-to-hour impingement by forces from overseas with different outlook and cultural values. It is hoped that the budding and established writers in English would take into account the cultural implications of these global changes. Despite the passing note of despair and frustration, one need not be blown off one's feet. One should remember Sri Aurobindo's far-sighted words in terms of his Magnum Opus, The Life Divine that India has a divine mission to fulfil. Sri Aurobindo wrote in English language; and so, other Indian writers writing in English should share his prophetic feelings by committing themselves, totally, in a truthful manner, to understand Indian life with its glorious past caught in the maelstorm of world-wide changes. William Faulkner at one stage stated that human heart has its own agonies and it is the moral responsibility of an artist to give utterance to them after chiselling them in the crucible of his creative mind. In this way, much of the garbage and debris associated with the crude Indian caste system would submerge as the creative genius of India has been able to establish the principles of true secularism, as the rishis and sages of the Upanishads had visualised. For the benefit of contemporary generation the same has been re-uttered by Shri Aurobindo in The Life Divine. 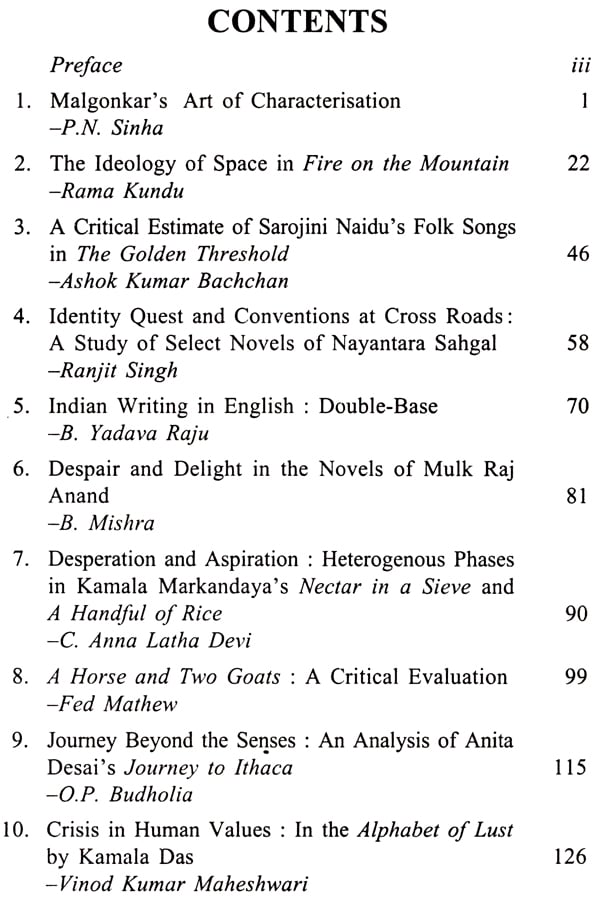 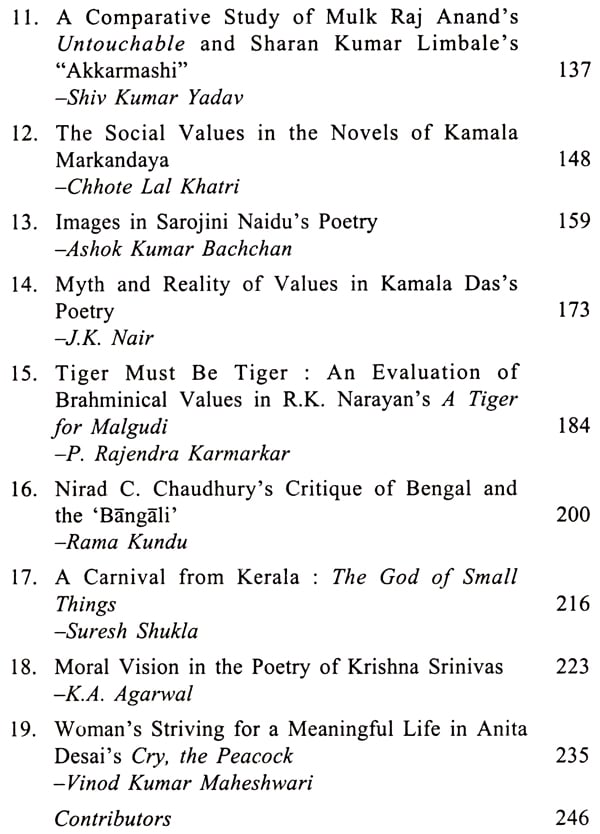 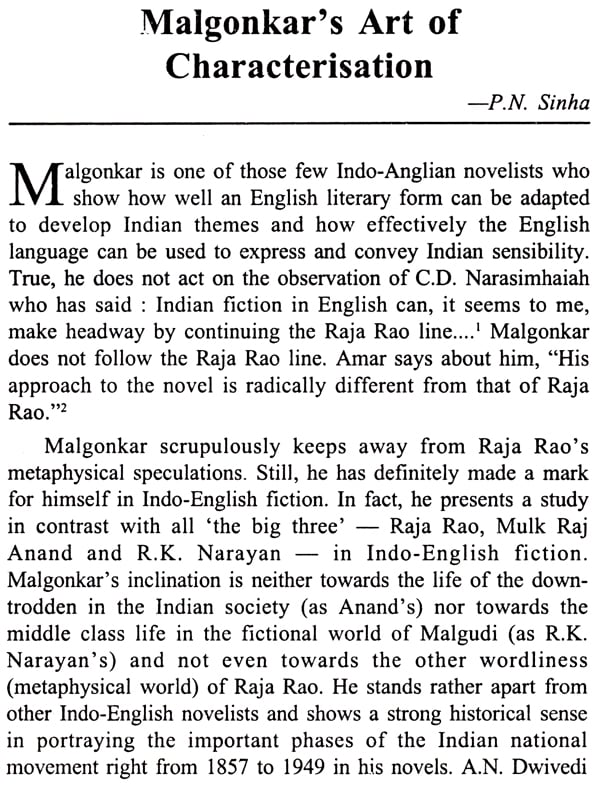 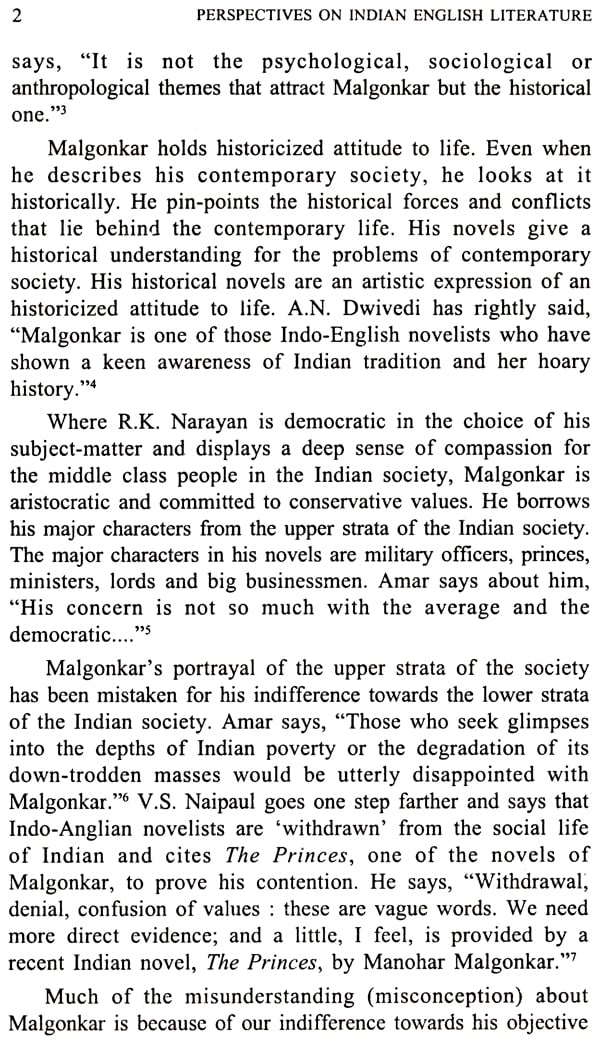 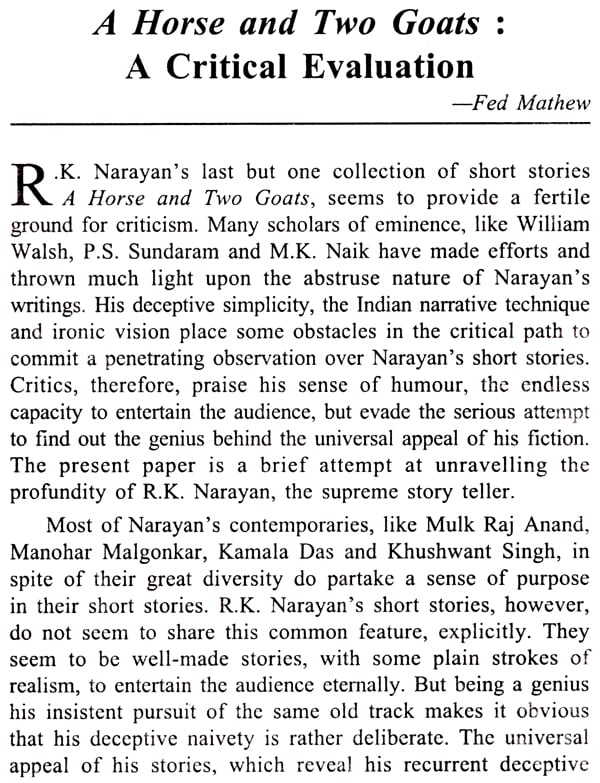 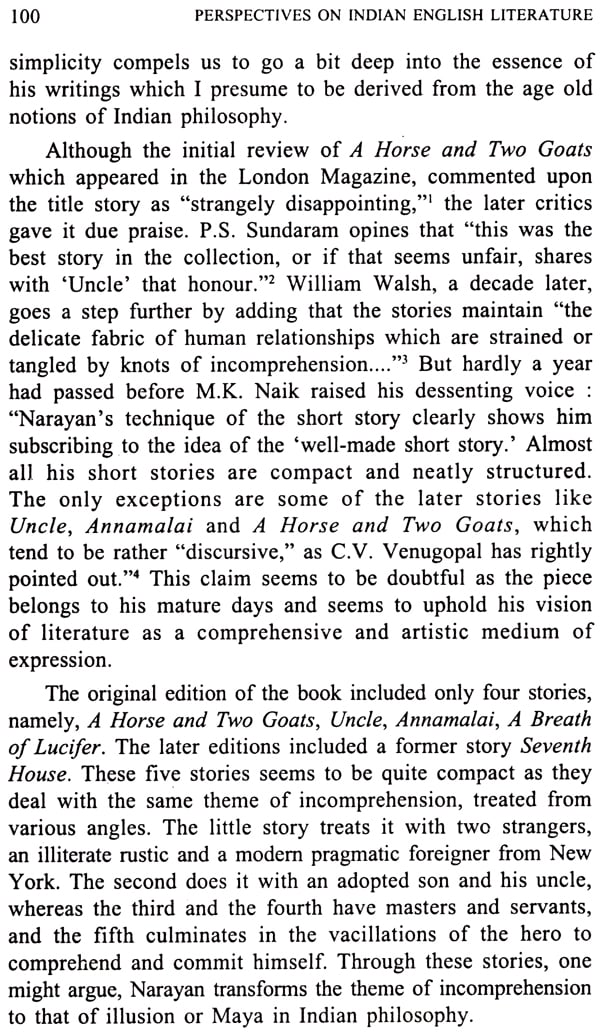 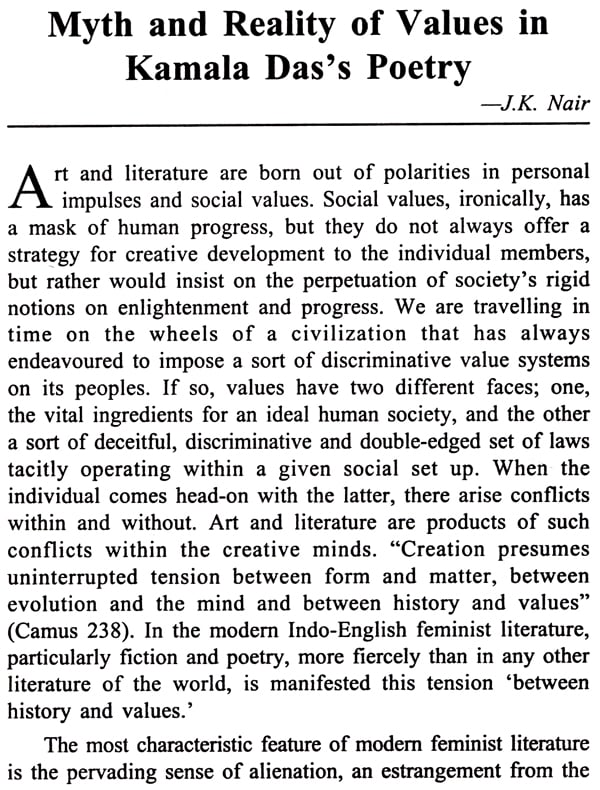 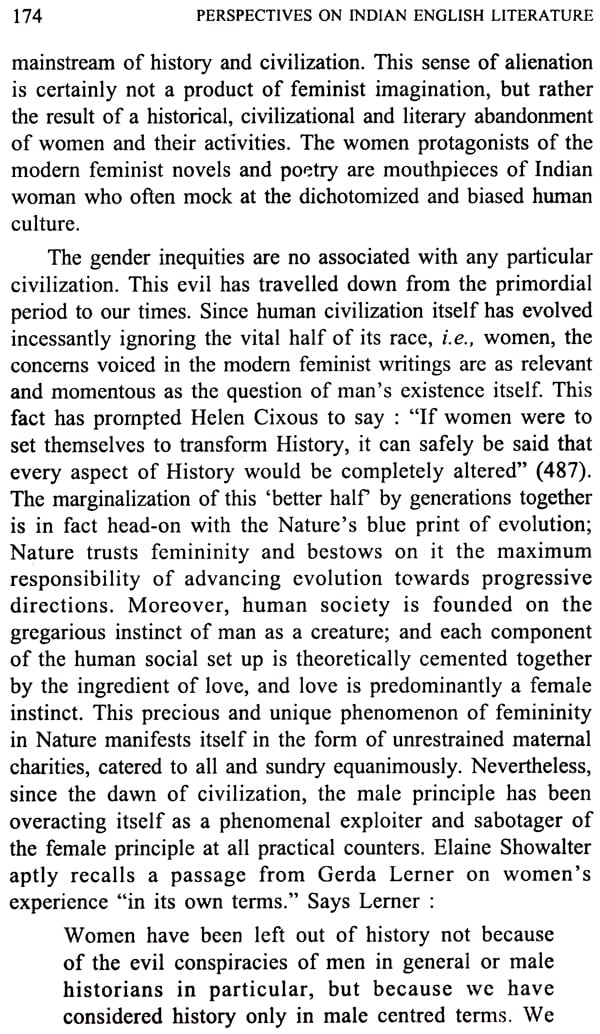 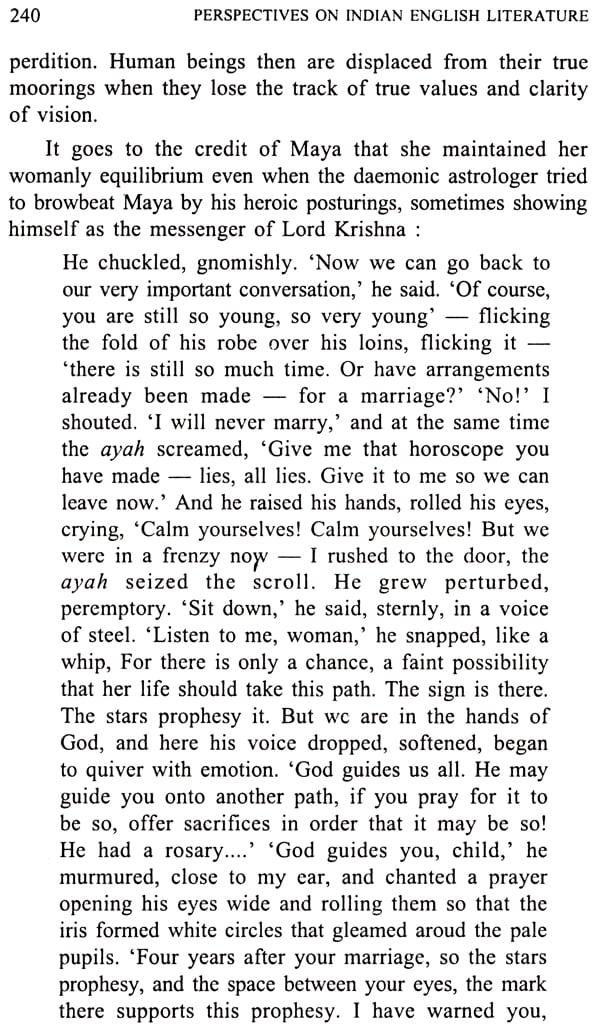 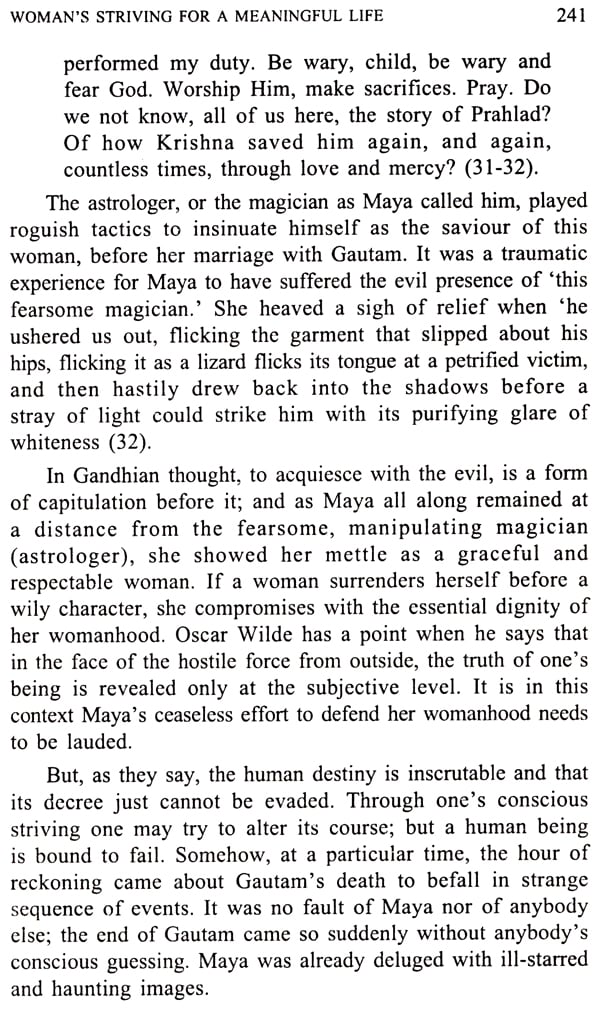 AN INQUIRY INTO THE INDIANNESS OF INDIAN ENGLISH LITERATURE
By C. D. Narasimhaiah
$11 A History of Indian Literature Vol II. Buddhist Literature and Jaina Literature
By Maurice Winternitz Trans. From the original German by Mrs. S.Ketkar and Miss B.Kohn
$44.10
FREE Delivery
$49  (10% off)