$28.50FREE Delivery
Ships in 1-3 days
Notify me when this item is available

The Position of Women in Hindu Civilization will enable the reader to understand the subject in true perspective, as it is based upon a critical and impartial survey of all the available data. The work not only surveys the position of Hindu women during the last four thousand years but also indicates the general lines on which the present day problems confronting them should be solved. The treatment is quite impartial; the limitations of the Hindu Civilization have not been passed over nor its excellences exaggerated, nor vice versa. The subject has never been treated with such realism, accuracy, impartiality and comprehensiveness. The general reader will find the book absorbingly interesting. The scholar will find it original and illuminating. The student of sociology will find it stimulating and indispensable.

“This is a well rounded text, targeted towards the relationships between Hindu women and society. This interesting and informative work spans almost four thousand years of experience. Position of Women is superbly organized according to the principal divisions of a woman’s life, taking one through discussions of issues such as ‘The Position of the Widow’, ‘Dress and Ornaments’, ‘Marriage and Divorce’ and ‘Proprietary Rights’,”

There are some monographs which deal with he position of Hindu women in particular periods of Indian history, but no work has as yet been written which reviews their position throughout the long history of Hindu civilization. An attempt has therefore been made in this book to describe the position of women in Hindu civilization from prehistoric times to the present day, and to indicate the general lines on which the various problems that confront Hindu women (and therefore men also) should be tackled in order to get a fairly satisfactory solution. Every effort has been made to utilize all possible sources of information,-Vedic, Epic, Jain, Buddhist, Smriti and classical Sanskrit literatures, sculptures and paintings, coins and inscription, narratives of foreign travelers, both ancient and medieval, accounts of European merchants and missionaries, Government blue books and reports, modern works on the feminists movement, both in the East and the West. Most of the above authorities have been consulted in the original.

The opening chapter deals with the problems relating to the childhood and education of women. Then follow two chapters (II and III), which deal with the numerous complex problems connected with marriage and married life. In the next two chapters (IV and V), the position of the widow in society has been considered. The place of women in public life and religion has been dealt with in chapters VI and VII. In chapters VIII and IX various questions connected with proprietary rights have been discussed. Fashions of dress, ornaments and coiffure are described in chapter X, and illustrated with eight plates. Chapter XI deals with the general attitude of society towards women, both in normal and abnormal times and situations.

Each chapter deals with the history and development of its topic from the earliest time to the present day, and then suggests at the conclusion the lines on which the present day problems connected with its should be solved. This method enables the reader to get a continuous and connected idea of the history of the particular topic or institution from age to age, and to realize the full nature and significance of the different forces that were governing its general development or vicissitudes. The method, however, has one defect; it does not enable the reader to have a complete and synthetic picture of the position of women in any particular age. The concluding chapter therefore takes a general review of the whole subject, and delineates in broad outlines the general position of women in its entirety in the different periods of Hindu civilization, and discusses at full length the various causes that were responsible for the changes that were taking place from age to age. It is confidently hoped that the reader will find the subject treated in a very comprehensive manner.

A general knowledge of the position and status of women in the main civilizations of ancient and modern times, both in the East and the West, is necessary in order to get a proper perspective for the evaluation of Hindu culture with reference to its attitude towards women and their problems in the different periods of our history. Otherwise we would be too much prone to blame or praise. An effort has therefore been made in this work to enlighten the reader about the position of women in some of the important countries and civilizations with reference to most of the topics discussed in the book. This will enable him to form a correct and comparative estimate about the achievements and limitations of our civilization regarding the women and her problems.

The subject matter of the book bristle with controversial topics, and it is quite possible that some of my readers and reviewers may not agree with me in my conclusions. Some of them may think that I have been rather partial to ancient Hindu culture; others may hold that I have been unnecessarily severe in exposing its defects. Some may feel that the remedies suggested are too drastic, others may opine that they do not go far enough. These differences of opinion are, however, inevitable. I would assure both the reader and the critic that it has been my constant endeavour to treat the subject as impartially as possible. Limitations of our culture have not been passed over, nor its excellences magnified, nor vice versa. The historian can hold no brief either for the past or for the present, either for the East or for the West.

The book is mainly a research work, which documents every important statement it makes, and seeks to throw fresh light on many important and obscure points connected with the topics of enquiry. The subject matter has, however, been presented in a manner calculated to be attractive and intelligible to the general reader as well. Every effort has been made not to mar the general flow of the narrative by the introduction and discussion of original passages, or of obscure and unimportant topics. These have been all relegated to footnotes, where the scholar and the more serious reader may study them at leisure. It is therefore hoped that the book will interest both the scholar and the general reader. For the help of the latter, dates of important events and works have also been supplied in brackets at many places.

I am grateful to Dr. S.K. Belvalkar and Principal K.V. Rangaswami Aiyangar for carefully going through the typescript and making a number of valuable suggestions. I am obliged to R.B.K.N. Dikshit, M.A., the Director General of Archaeology in Indian, for giving permission to reproduce the photographs of the sculptures utilized for the plates in this work. I am indebted to my wife Sau. Satyabhamabai for offering me valuable assistance in analyzing the data of sculptures and paintings for the purpose of determining the fashions in dress and ornaments.

Though the first edition of ‘Position of Women in Hindu Civilisation’ was out of print for a few years, it did not become possible for me to bring out the second revised edition. There was a persistent demand for a second edition but various preoccupations prevented me from meeting it.

The first edition has been thoroughly revised and also considerably enlarged. New evidence that I could gather during the course of my subsequent studies has been utilized for this edition; it mostly confirms old conclusions though it also slightly modifies some of them. The position of nuns has been dealt with in greater details and the status of courtesans has also been considered. The section on the Purda system considers some further aspects. Three more plates have been added to illustrate dress and coiffure. The data supplied by the census of 1951. Have been utilized to make the treatment quite up-to-date.

During the last 18 years several changes have taken in the position of Hindu women as far as proprietary rights, marital relations and public life are concerned. These have been fully discussed in the new edition in appropriate places. Unfortunately the legislative changes are taking place slowly and piecemeal, and the book was in the press for three years. So it was difficult to keep pace with them. As a consequence there is one slight inaccuracy on p. 363, which has been corrected in the errata. Though the bill seeking to give the daughter the same right in the patrimony as the brother is before the Parliament for several years, the matter has not yet been decided.

It is hoped that the second edition of the work will enable the cultured reader, both in India and abroad to get a clear idea of the forces that were moulding the position of women in Hindu society for the last four thousand years and thereby understand the spirit of Hindu civilization.

I am indebted to my daughter Miss Padma Altekar, M.A. for helping me to read the proofs and to Miss Minakshi Bateshvarkar for permitting me to utilize the drawings used for Plates IX-XI. 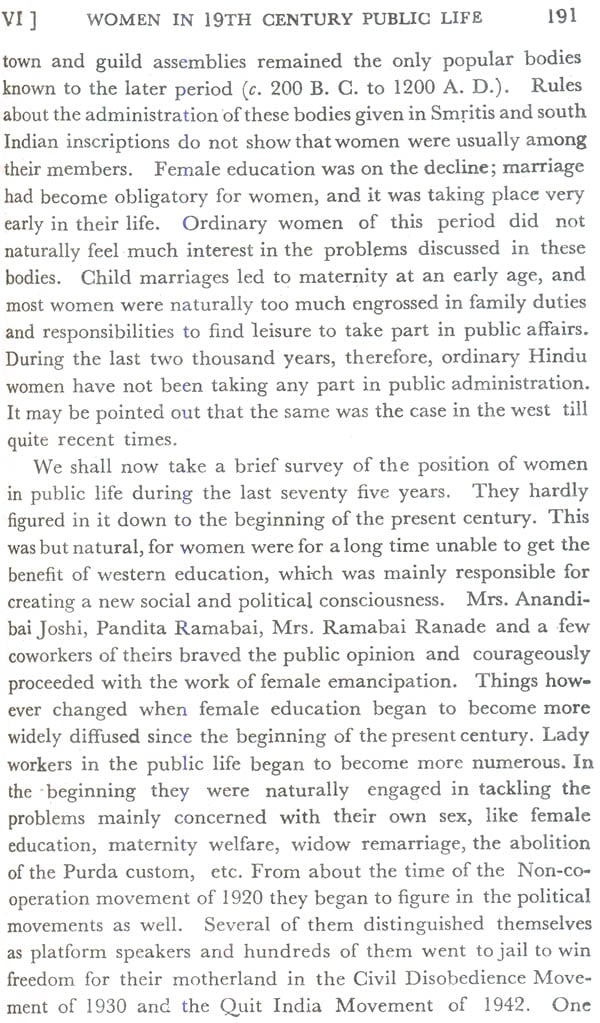 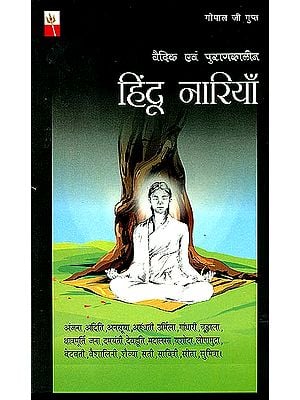 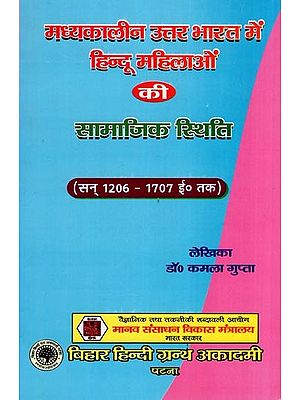 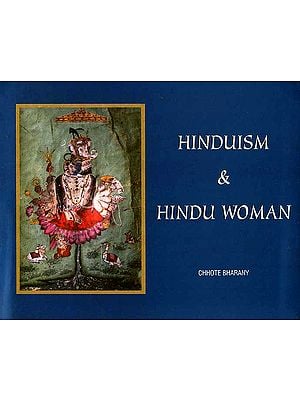 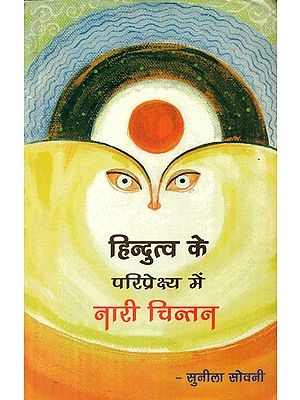 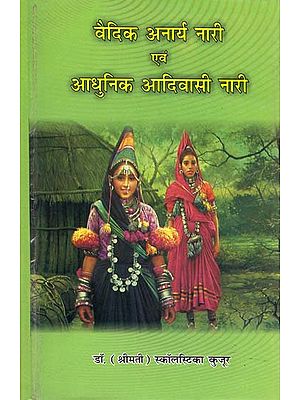 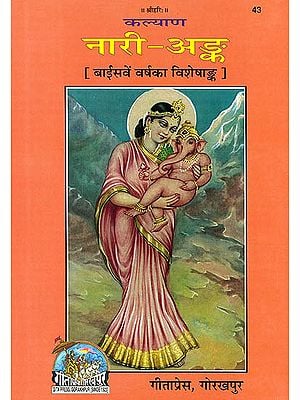