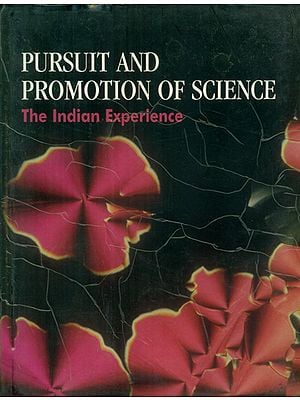 $115.00
Notify me when this item is available
Save to Wishlist Send as E-card Share by Email
Preface
At the dawn of the new millennium, the Council of the Indian National Science Academy (INSA) considered it desirable to showcase the scientific and technological activities in India, from the time of attaining Independence, and share our experiences with others, particularly with the countries of the South. The present volume Pursuit and Promotion of Science: The Indian Experience is the outcome of this Endeavour. We were also encouraged to attempt this exercise as the Third World Academy of Sciences had accepted INSA's invitation to hold its General Assembly in New Delhi in October 200l.

Science has been anything but uniform in time and space. Periods of rapid advance have alternated with long periods of stagnation and even of decay. India, along with other older civilizations of Babylonia, Egypt and China, has been a focus of ancient science. Science in India, closely intertwined with culture and philosophy, tempered with wisdom flourished for centuries. However, strong influences of foreign invasions subdued it as the colonial rulers were largely interested in activities which enhanced their own economic prosperity. A well-known historian of science has traced Our Heritage.

Resurgence of Science in India came as an offshoot of the nationalist movement, towards the end of 19th century and early decades of the 20th century. Exposure to modern science as we call it today in India is a product of renaissance in Europe. Translation by foreign scholars of ancient Indian writings in Sanskrit which were lying dormant, and the founding of the Asiatic Society played a significant role in this movement. A few exceptionally talented and committed scientists and teachers of that period laid the solid foundation of Indian science by their zeal, dedication and sacrifice. We have built an edifice over it. The Section on The Torch Bearers of Indian Renaissance is not merely a tribute to those leaders but is a reminder that science is like a mighty river which keeps flowing through the guru-shishya parampara.

Jawaharlal Nehru, the first Prime Minister of India realized that the economic progress and well-being of the nation depended on science and technology driven development and inculcation of scientific temper among the masses. Thus, science and technology inputs were made an intrinsic part of the planning process and development strategies. Many institutions were created soon after Independence to promote basic research and technological progress. An eminent scientist presents Science and Technology Since Independence: An Overview.

During the decades following Independence, through pragmatic policies, a large base for scientific research was created in the universities and through the establishment of a network of National Laboratories in core disciplines and in newly emerging areas. These early investments paid rich dividends as many notable research contributions emanated from our laboratories and India came to be recognized as a rich centre of trained scientific human power. Research contributions from India in diverse branches of science and technology are presented in the Section In Search of Excellence, which highlight the most exciting aspects of Indian efforts in advancing the frontiers of knowledge.

The commitment by successive Prime Ministers and Government of India towards promotion of Science and Technology has led to the establishment of several departments and agencies to spearhead programmers in critical sectors. The Section In Service of the Nation outlines the efforts made towards attaining indigenous capabilities and global competitiveness in areas ranging from food sufficiency to development of drugs and vaccines for health care and from nuclear energy to satellite launches.

Indian tradition from time immemorial has been to share knowledge and its fruits with the entire humanity. In keeping with this ethos, we lay great emphasis on forging strong links with scientific communities and establishments in other parts of the world.

Whereas references have been made to the opportunities for sharing our facilities and possibilities of collaborating research in many of the individual chapters, a separate narrative International Linkages reviews the formal bilateral, regional and international programmers that are currently operative. It is hoped that these programmes will encourage the coming together of scientists from the countries of the South in our common Endeavour to improve the quality of science and technology and its applications.

In Looking Ahead, one of our leading practicing scientists reflects upon our achievements and outlines the unfinished agenda for the future. In the final Chapter, a brief account of INSA, the premier scientific body in the country to promote and nurture science and scientists, has been provided.

A volume of this magnitude could not have been possible without the participation and inputs of many persons. For compiling the information, all the Fellows of INSA as well as scientific departments of the Government and its agencies were approached.

Individual scientists qualified in special areas were requested to prepare the articles presented here, using the inputs received. All the reports have been suitably edited without sacrificing their flavor. A decision was taken by the Academy to avoid mentioning the names of living persons in the text. I am deeply conscious that in such an Endeavour errors, omissions and overlaps are unavoidable. The work of many individuals, institutions and organizations might have remained insufficiently represented. This is entirely unintentional. Names of several cities have recently been changed. For historical reasons the older and internationally familiar names have been retained in the first two sections. 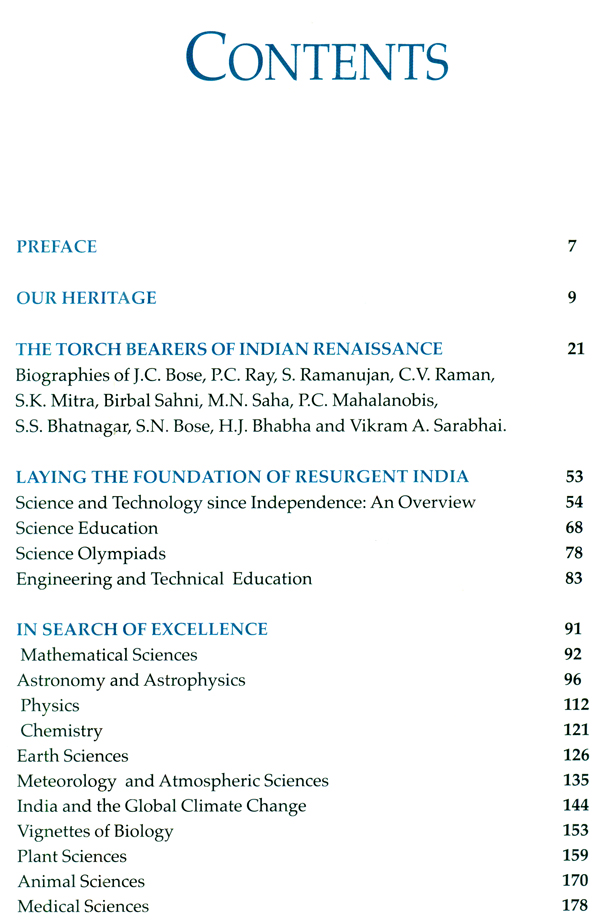 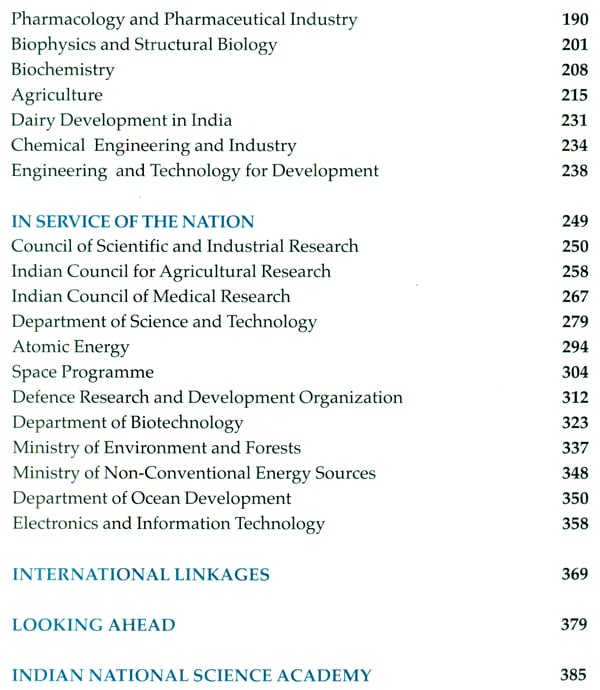 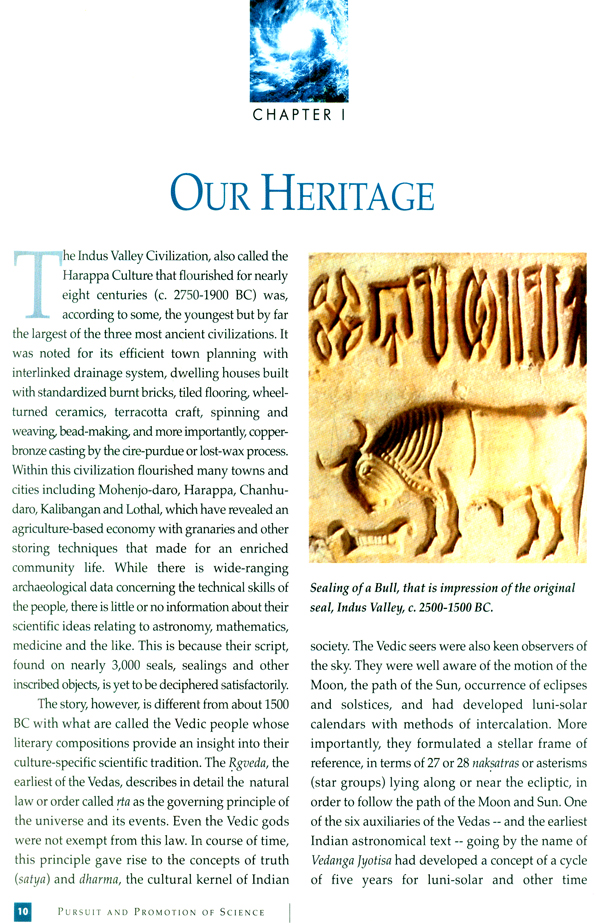 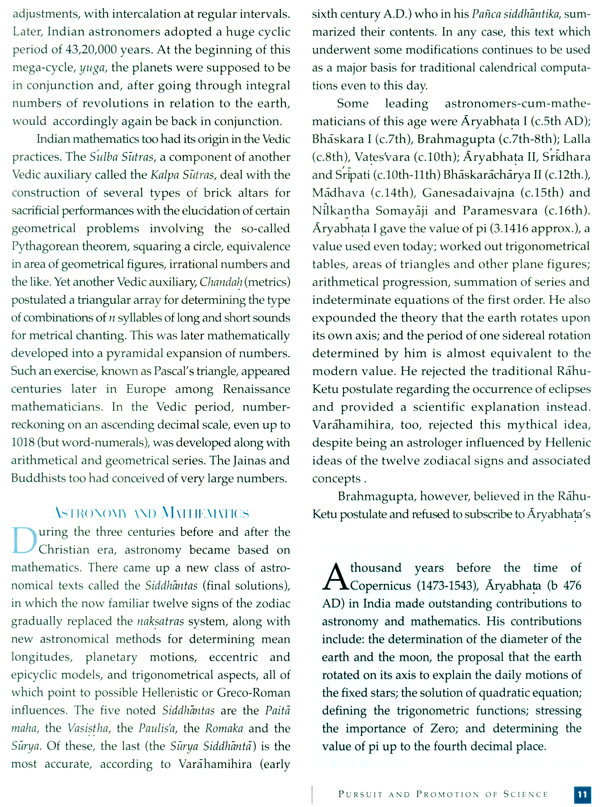 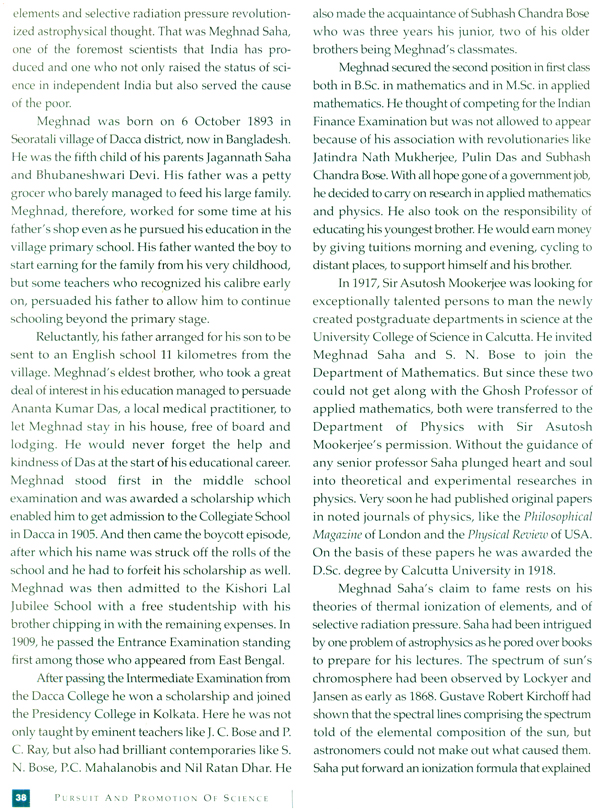 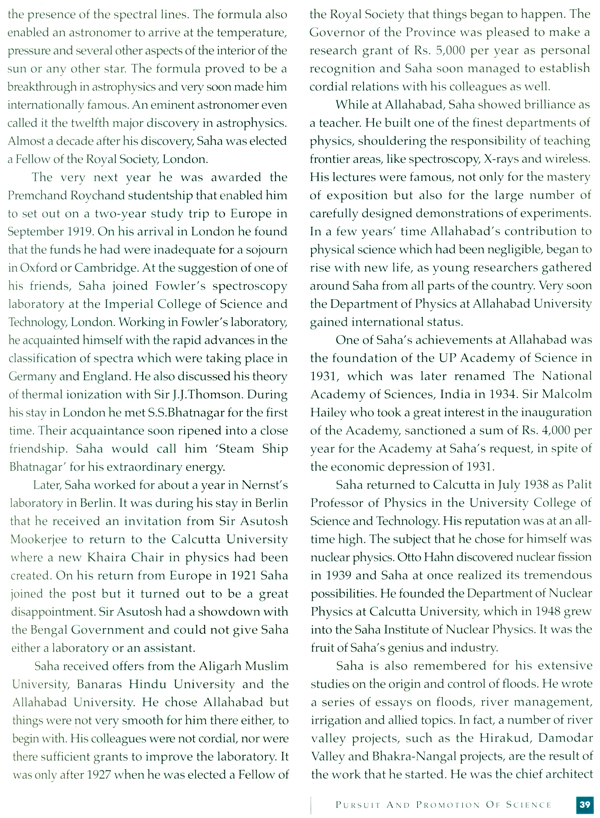 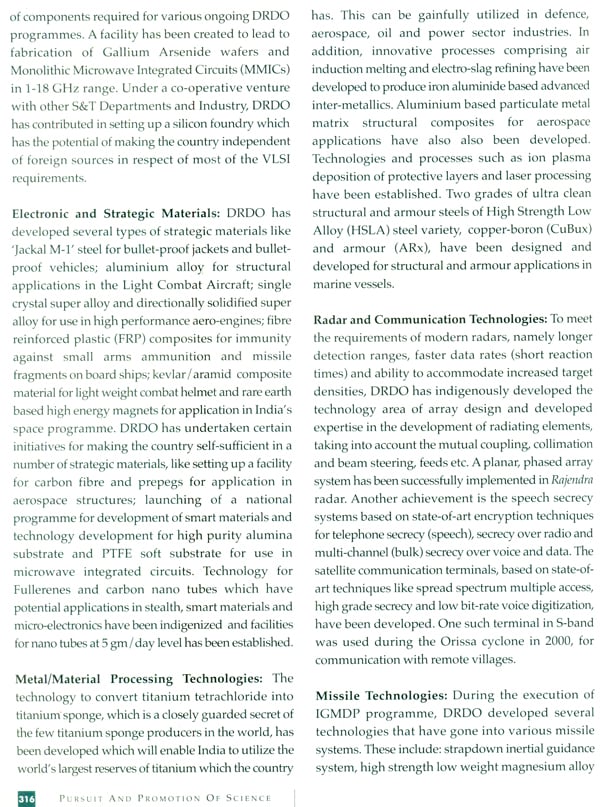 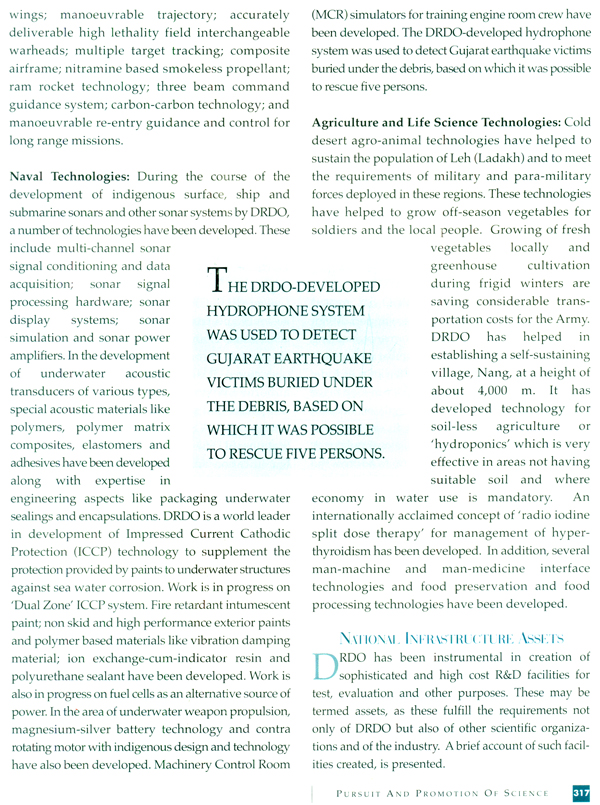 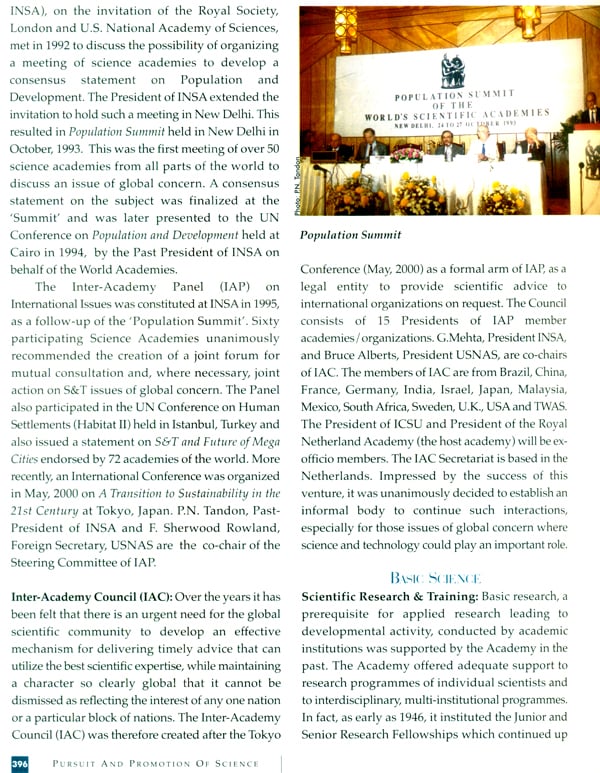 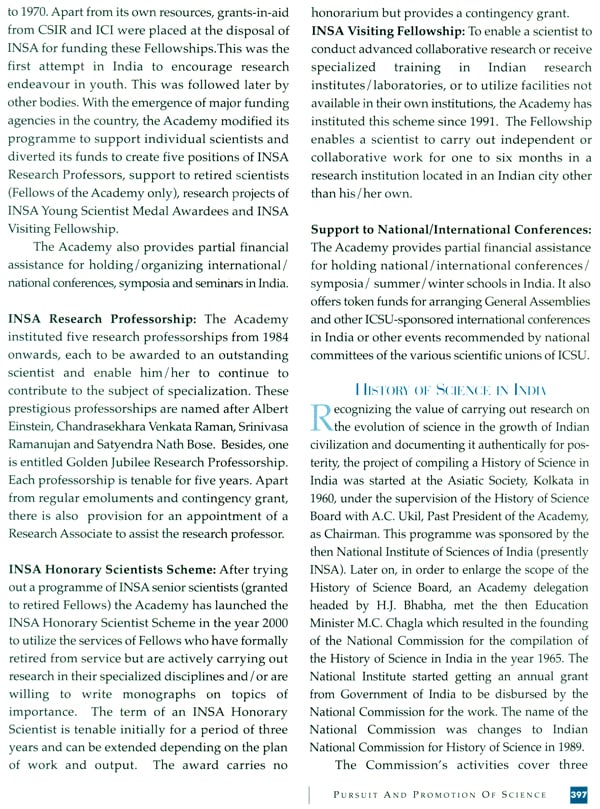 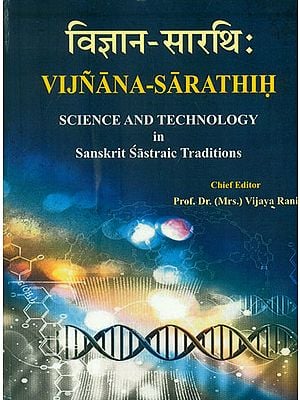 Science and Technology in Ancient India as Reflected in the Mahabharata
By A.R Vasudeva Murthy
$15.00

Science and Technology in Ancient Indian Texts
By Various Authors
$35.00 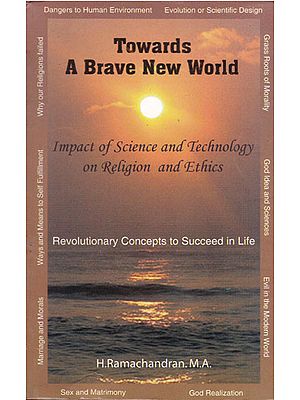 Towards A Brave New World (Impact of Science and Technology on Religion and Ethics)
By H. Ramchandran
$15.00 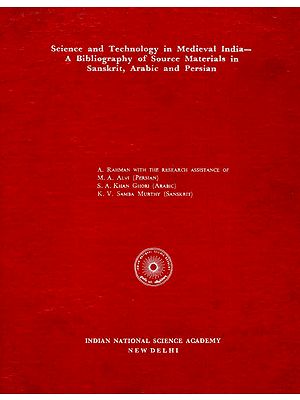 Science and Technology in Medieval India-A Bibliography of Source Materials in Sanskrit, Arabic and Persian (An Old and Rare Book)
By A. Rahman, M.A. Alvi, S.A. Khan Ghori and K.V. Samba Murthy
$47.00 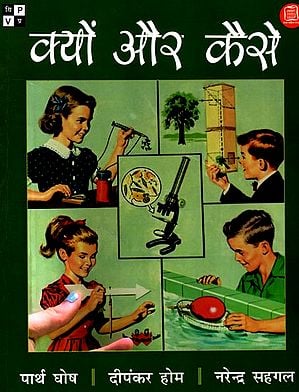 क्यों और कैसे: Why and How (Book on T.V. Serial Based On Natural Science and Technology)
By Parth Ghosh, Dipankar Hom and Narendra Sehgal
$23.00 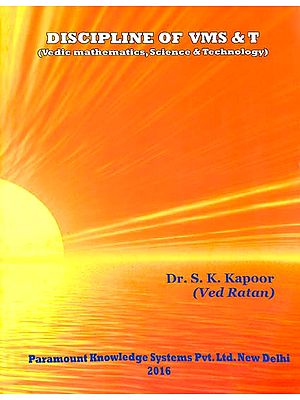 Kautilya's Arthasastra in the Light of Modern Science and Technology
By Sunil Sen Sharma
$43.00 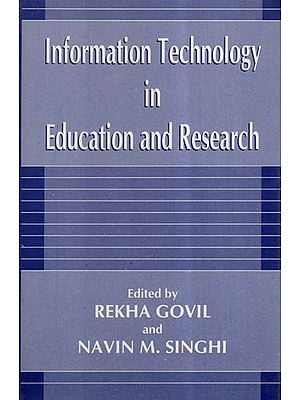 Information Technology In Education And Research
By Rekha Govil And Navin M. Singhi
$32.00