Relativism, Suffering and Beyond: Essays in Memory of Bimal K. Matilal 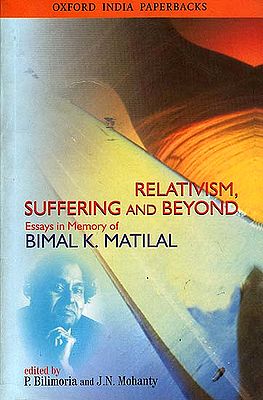 $29.00
Usually ships in 15 days
Notify me when this item is available
Save to Wishlist Send as E-card Share by Email
From the Jacket:

This collection of essays by a distinguished body of scholars is in memory of the late Bimal K. Matilal, renowned authority in the field of Indian philosophy. Professor Matilal was Spalding Professor of Eastern Religions and Ethics, Oxford University and fellow at All Souls College, Oxford.

Three main philosophical systems, Buddhism, Vedanta, and Nyaya, are investigate in the book. The essays range from historical subjected such as the earliest Brahmanical reference of Buddhism to highly specialized philosophical expositions like Gadadhara's theory of meaning. The volume throws new light on several enduring themes in Indian philosophy, and also raises fresh issues.

This book will be of great interest to students and scholars of Indian philosophy, culture, and religion, Buddhist critiques of Hinduism, and Indological studies.

'Lucid, forthright, refreshing, the volume cannot fail to arouse those who turn to philosophy for what Matilal called "nourishment of intellect".'

'This volume, in memory of one of the most learned scholars of philosophy, is comprised of articles from top scholarssuperb scholarshipessays cover a wide range of topicsand do justice to the memory of Bimal K. Matilal.'

'Matilal brought accurate scholarship and a powerful mind to his work.'

'Matilal's dedication to the life of the mind was legendaryHe showed the continued relevance and viability of our classical learning in a modern and changing world.'