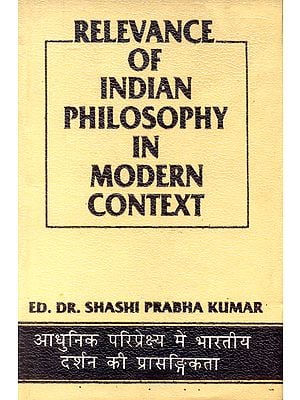 $16.00
Quantity
Ships in 1-3 days
Notify me when this item is available
Post a Query
About the Book

Indian Philosophy contains substantial components of eternal truth, that have universal application and that are capable of conducting the man to the gateway of the good. With the rapid advancement of scientific and technological investigations, speculations of Indian Philosophy have become more relevant than they were before.

Had her early education at Kanya Gurukul, Hathras, Aligarh. Topped the list of successful candidates of U. P. Board in Intermediate; topped again in B. A. (Hons.) and M. A. (Sanskrit) in Meerut University. National scholarship holder from class X to M. A. was awarded U.G.C. Long Term Teacher Fellowship for pursuing her research work and took her Ph. D. from Delhi University, Delhi in 1983.

Attended and presented papers in several All- India seminars. Fifteen of her research articles have been published in reputed journals and edited books. Deeply interested and involved in Indian Philosophy. Guiding and supervising research students as well.

There is a common belief that Indian Philosophy contains a dead stuff of knowledge, having no reference to contemporary life and society and that its speculations are nothing but day dreamings of certain scholars, who laid more emphasis on life beyond death than on this life itself. -This however, is far from truth, in as much as, Indian Philosophy contains substantial components of eternal truth, that have universal application and that are capable of conducting the man to the gateway of the good through the shady avenue of the beautiful, enabling him thereby, to savour the delight of his expanded self.

With the rapid advancement of scientific and technological investigations the man has been .blessed with creature comforts, but at the same time there has been a starvation of the spirit and sickening of the soul resulting in unbalanced growth of human personality. It is for this reason that there has been awakening in regard to the spirit, and the necessity for all round development of the man's spiritual personality, beginning from his body to soul has been acknowledged as the goal of human existence. It is precisely at this point that Indian Philosophy comes to the rescue of the modern man by projecting before him the means through employment of which he can expand the boundaries of the ego, as also by opening before him the lockgates of the perennial stream of spirituality . Speculations of Indian Philosophy, therefore, have become more relevant than they were before, particularly in the context of the importance assigned to limited wordly existence, with all its exigencies as a result of extention of benefits and comforts by scientific and technological advancements. It is refreshing to note that Dr. Shashiprabha Kumar of Maitreyee College of the University of Delhi could envisage this real problem of the modern man and could organise a Seminar on 'Relevance of Indian Philosophy In Modern Context' inviting all the top experts on Indian Philosophy to present their rich thoughts on the subject.

The papers cover a wide spectrum ranging from the gradual ascent of knowledge till it reaches the state of identity of the individual man as projected by Sri Kireet Joshi in his Inaugural Address. Dr. Mandan Misra has highlighted the importance of the spiritual aspect of Indian Philosophy. It is gratifying to note that Prof. R.C. Pandey, Deptt. of Philosophy, Univ. of Delhi, gave the keynote Address. Dr. Vacaspati Upadhyaya, whose penetration into original texts of all the systems of philosophy is deep and astounding, spares no pains to establish the relevance of the Mimamsa system of philosophy, which is usually regarded as outdated even by scholars belonging to the area themselves.

Other philosophical systems have also come up for consideration and while Dr. Shashiprabha Kumar projects the relevance of Nyaya - Vaisesika systems, Dr. Chandrahas Sharma proves the relevance of yoga school of Philosophy, Dr. Ramakanta Shukla defends the relevance of the Jaina system and Dr. Vedwati Vaidi that of Samkara's thoughts. The Buddhistic Philosophy has been discussed by Prof. Sanghsen Singh, while Dr. Bhakti Srivastava reviews the system of Lokayata. The systems of yoga and Tantra have equally come up for consideration in the paper of Dr. Ram Suresh Pandey. The perennial philosophy of the Vedas, Upanisads & the Bhagawadgita is re-revealed by the papers of Dr. S. Tewari, Dr. B.R. Sharma and Dr. Dharma respectively. Dr. Lalita Kuppuswami proves the relevance of Bhakti and Dr. Sudershan Kaushik evaluates the importance of Sanskrit Grammar in modern age. The relevance of selected concepts as liberation and God is presented by Dr. M.C. Bharatiya and B. Tanaji Acharya.

The papers written by Prof. S. R. Bhatt, Dr. Harsh Kumar, Dr. Brahmamitra Awasthi, Dr. Avanir.dra Kumar and Dr. S. Punjani have enhanced the thematic value of the deliberations made in the seminar. Dr. K.K. Misra, while summing up the proceedings in his Presidential Address lays emphasis on the underlying fundamental unity of 'all the systems of Indian Philosophy. All the papers are marked with freshness of thought and new sparks of knowledge and each is capable of being regarded as a grand contribution to the stock of human knowledge.

Maitreyee, the great Indian wisdom seeker represents the most inquisitive student which humanity has ever witnessed and her enquiries to Yajnavalkya have presented to the humanity the loftiest wisdom, which human mind can conceive of. It is quite in the fitness of things that an Institution named after the greatest truth seeker Maitreyee has selected this profound topic as the subject of its Seminar and has been able to persuade so many experts in their own fields to the seminar. I congratulate the College, particularly the convenor of the seminar, Dr. Mrs. Shashiprabha Kumar, Senior lecturer of the ColIege and put on record my deep appreciation of the quality of all the papers incorporated in the volume, which is in the process of being edited by the distinguished editor.

With these words I take great pleasure in extending a warm- welcome to the volume in the area of Indological studies. 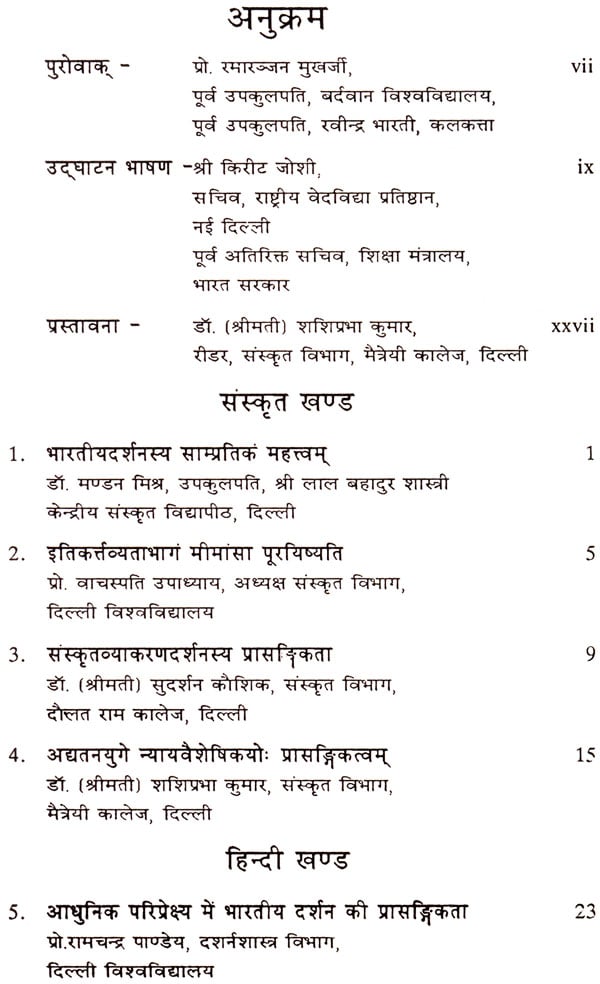 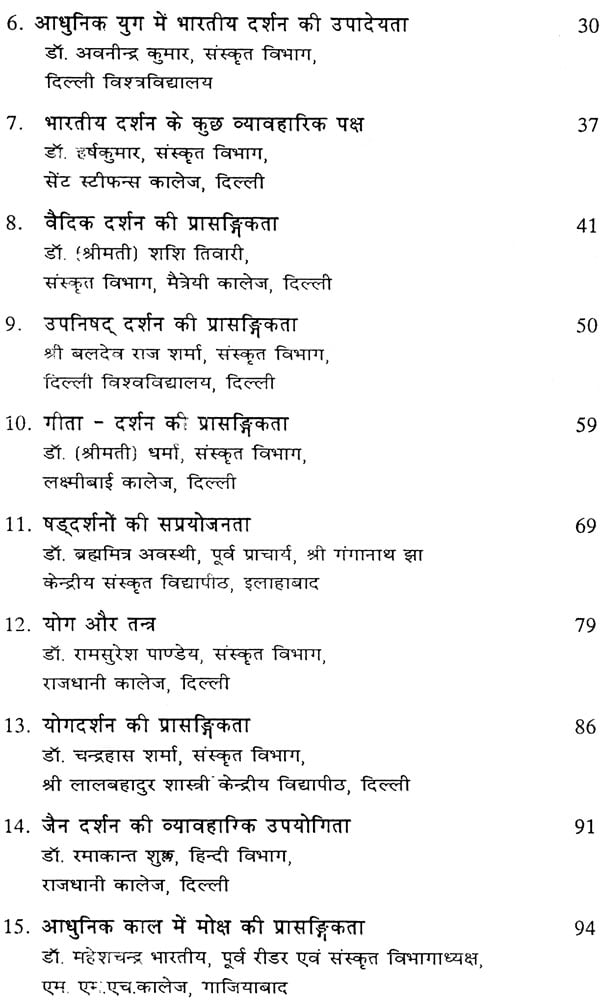 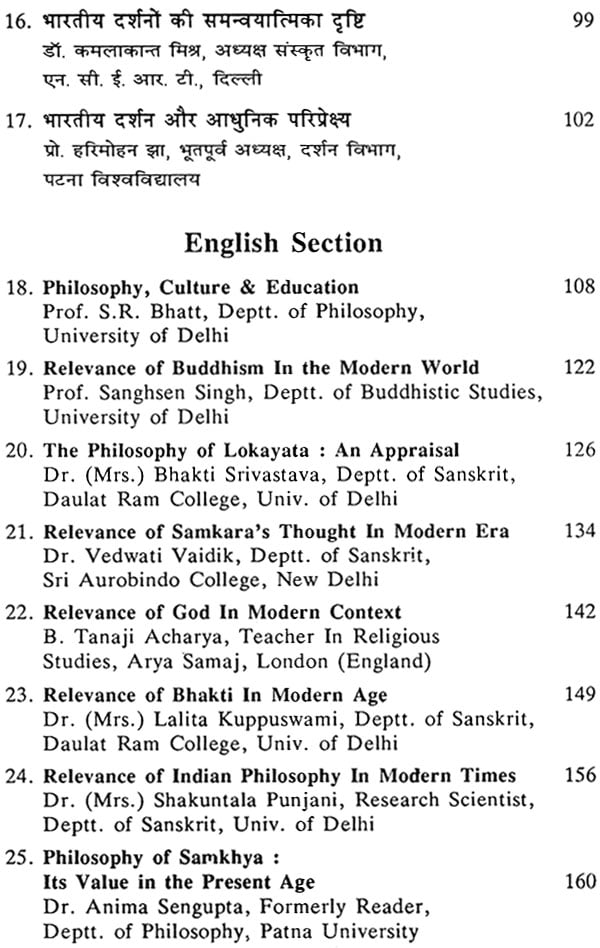 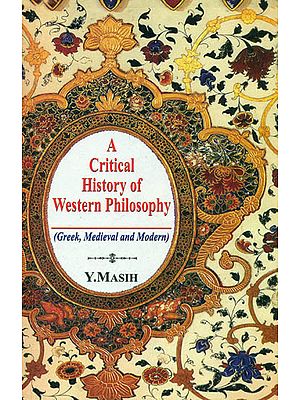 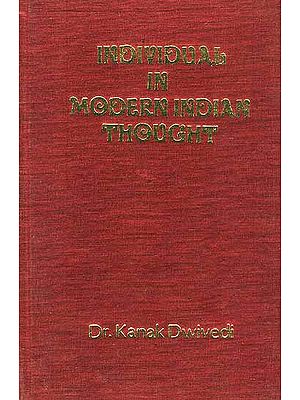 Individual In Modern Indian Thought (A quest for integrated and authentic individual)
By Dr. Kanak Dwivedi
$17.50 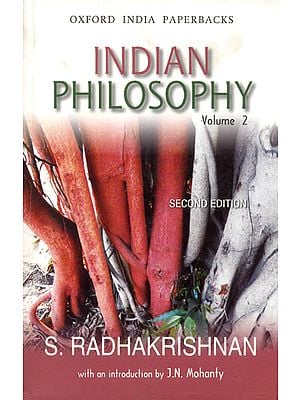 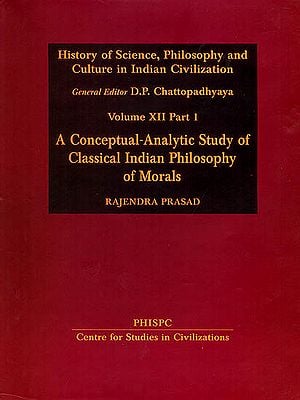 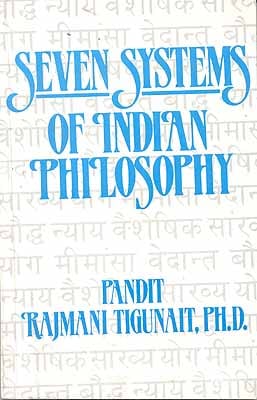 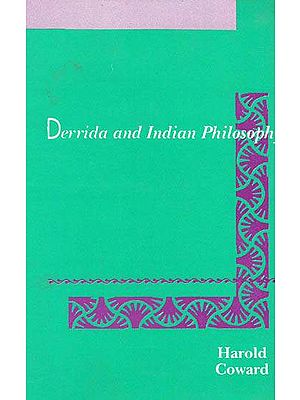