Rhetoric and Reality: Gender and the Colonial Experience in South Asia 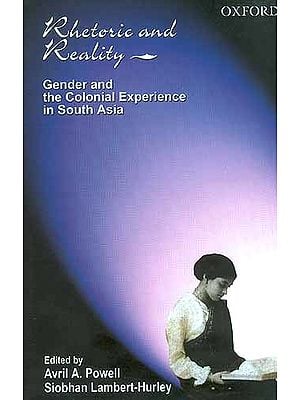 $47.00
Usually ships in 15 days
Notify me when this item is available
Save to Wishlist Send as E-card Share by Email
From the Jacket:

How far did gender ideologies translate into practice in the Indian colonial context? Rhetoric and Reality highlights the interconnections between 'the ideal' and 'the real' with regard to gender and the colonial experience in South Asia. Exploring interlinkages between received perspectives on gender and colonial and indigenous discourses on 'modernity', it underlines key issues related to domesticity, body, and modernity.

Focusing on subjects like motherhood, domestic ideologies, female infanticide, education, law, and social reform movements, the book provides numerous case studies from across the subcontinent. Various essays explore the reciprocity and contestation between Indian and colonial agency and recipiency. They also recover subaltern agency through investigation of interfaces with servants, pupils, nurses, and plaintiffs.

The topical and interdisciplinary collection brings together scholars from South Asia, North America, and United Kingdom. It will lay the foundation for new research on themes of childhood, servants, nursing, and women of minority communities.

This volume will be a significant read for students and scholars of modern Indian history, gender studies, literature, sociology as well as those interested in cross-cultural and comparative studies on gender and colonial experience.

Avril A. Powell is Senior Lecturer in the History of South Asia at the School of Oriental and African Studies, University of London, United Kingdom.