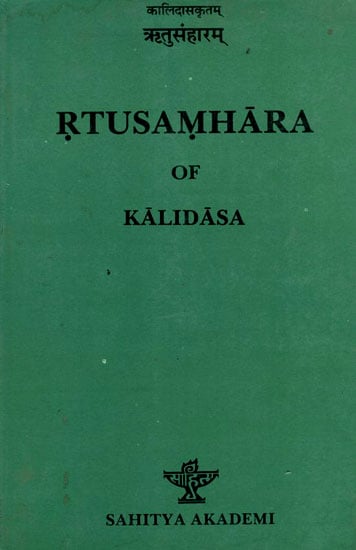 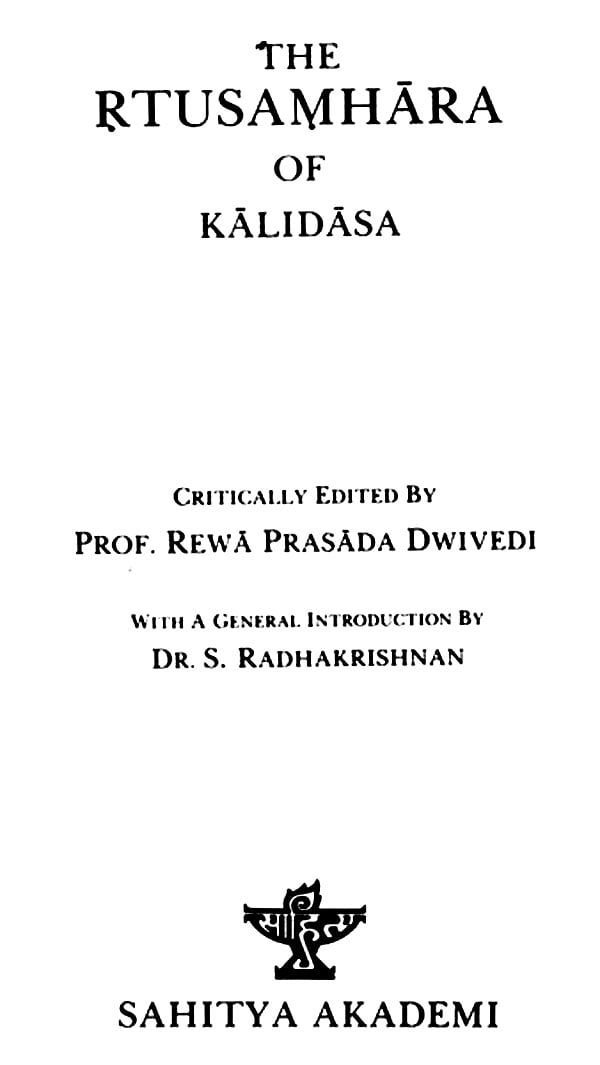 The Rtusamhara, ascribed to Kalidasa, is a book of lyrics comprising some 158 verses, divided into six contos, which presents a moving account of six Indian seasons. The poem reveals not only Kalidasa’s vision of nature’s beauty and grandeur but also an understanding of human moods and desires. The work is considered to be an early effort of a young poet describing nature in relation to man in terms of love. Though it does not express the art of poetry and ethical quality displayed by kalidasa in his nature works, it has its own beauty of imagery, style and metaphors. In every line poem reveals youth. Its perfect lucidity, which is one of the charms of the poem, makes an immediate appeal to modern taste.

The present publication is a critical edition based on all previous printed editions and some thirty manuscripts from all parts of India.

The editor, Professor Rewa Prasada Dwivedi of the Banaras Hindu University, has already established himself as a successful teacher of Sanskrit literature, besides being known as a poet, writing in Sanskrit but betraying modern sensibility. He possesses a keen insight into textual criticism of Kalidasa’s works.

Great classical of literature spring from profound depths in human experience. They come to us who live centuries later in vastly different conditions as the voice of our own experience. They release echoes within ourselves of what we never suspected was there. The deeper one goes into one’s own experience facing destiny, fighting fate, or enjoying love, the more does one’s own experience have in common with the experience of other in other climes and ages. The most unique is the most universal. The Dialogues of the Buddha or of Plato, the dramas of Sophocles, the plays of Shakespeare are both national and universal. The more profoundly they are rooted in historical traditions, the more uniquely do they know themselves and elicit powerful responses from others. There is a timeless and spaceless quality about great classics.

Kalidasa is the great representative of India’s spirit, grace and genius. The Indian national consciousness is the base from which his works grow. Kalidasa has absorbed India’s cultural heritage, made it his own, enriched it, given it universal scope and significance. Its spiritual direction, its intellectual amplitude, its artistic expressions, its political forms and economic arrangements, all find utterance in fresh, vital, shining phrases. We find in his works at their best a simple dignity of language, a precision of phrase, a classical taste, a cultivated judgment, an intense poetic sensibility and a fusion of thought and feeling poetic sensibility and a fusion of thought and feeling. In his dramas, we find pathos, power, beauty, and great skill in the construction of plots and delineation of characters. He is at home in royal courts and on mountain tops, in happy home and forest hermitages. He has a balanced outlook which enables him to deal sympathetically with men of high and low degree, fishermen, courtesans, servants. These great qualities make his work belong to the literature of the world. Humanity recognizes itself in them though they deal with Indian themes. In India kalidasa is recognized as the greatest poet and dramatist in Sanskrit literature. While once the poets were being counted, Kalidasa as being the first occupied the last finger. But the ring-finger remained true to its name, anamika, the nameless, since the second to kalidasa has not yet been found.

Tradition associates Kalidasa king with Vikramaditya of Ujjayini, who founded the Vikrama era of 57 B.C. The change in the name of hero of Vikramorvasiya from pururavas to Vikrama lends support to the view that kalidasa belonged to the court of king Vikramaditya of Ujjayini. Agnimitra who is the hero of the drama Malavikagnimitra was not a well-known monarch to deserve special notice by Kalidasa. He belonged to the second century before Christ and his capital was Vidisa. Kalidasa’s selection of this episode and his reference to Vidisa, as the famous capital of a king in meghaduta suggest that kalidasa was a contemporary of Agnimitra. It is clear that Kalidasa flourished after Agnimitra and before A.D. 634, the date of the famous Aihole inscription which refers to Kalidasa as a great poet. If the suggestion that some verses of mandasor inscription of A.D. 473 assume knowledge of Kalidasa’s writings is accepted, then his date cannot be later than the end of the fourth century A.D. There are similarities between Asvaghosa’s Buddhacarita and kalidasa’s works. If Asvaghosa is the debtor, then Kalidasa was of an earlier date than the first century A.D. If Kalidasa is the debtor then his date would be later then the first century.

It is suggested that kalidasa belongs to the Gupta period and lived in the reign of Chandragupta II, who had the title of Vikramaditya, and who came to power about A.D. 345 and ruled till about 414. Whichever date we adopt we are in the region of reasonable conjecture and nothing more. 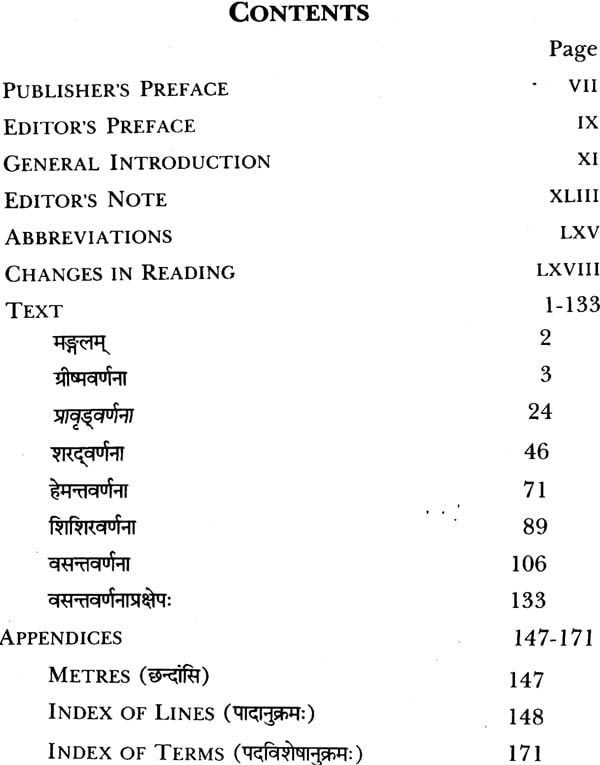 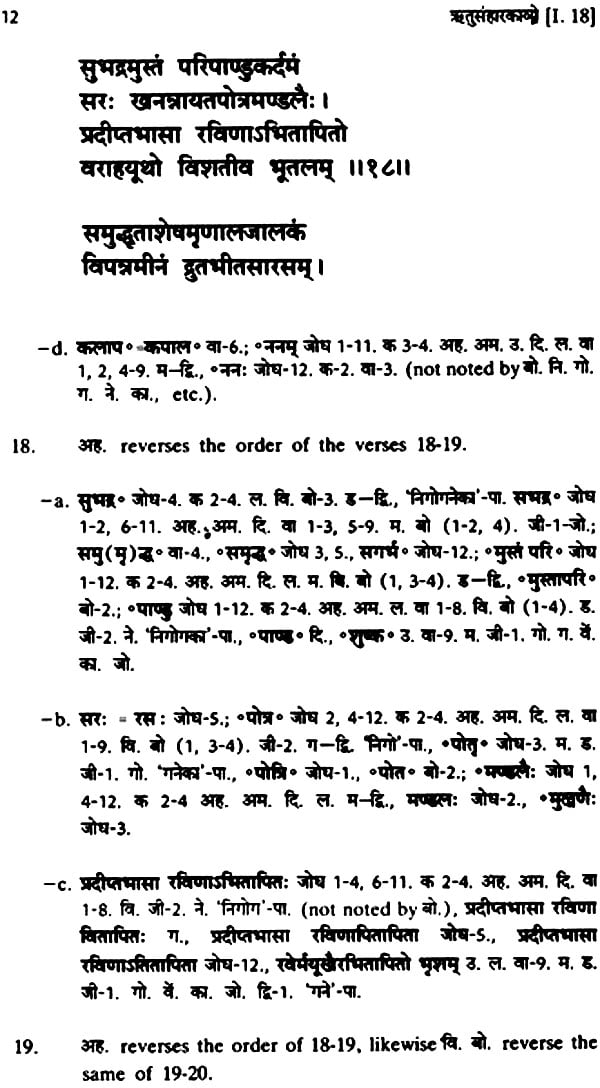 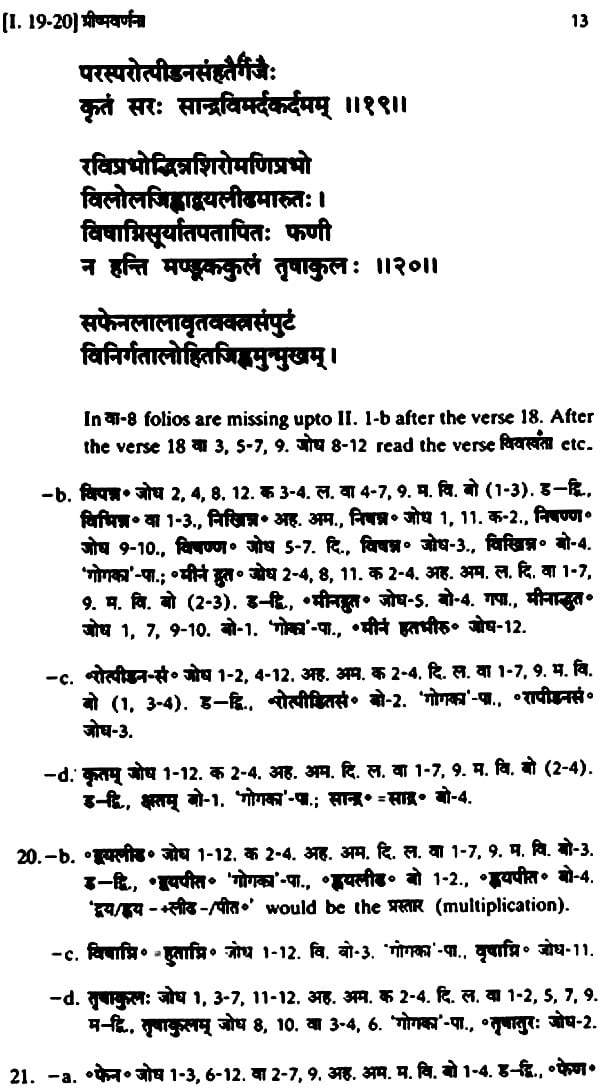 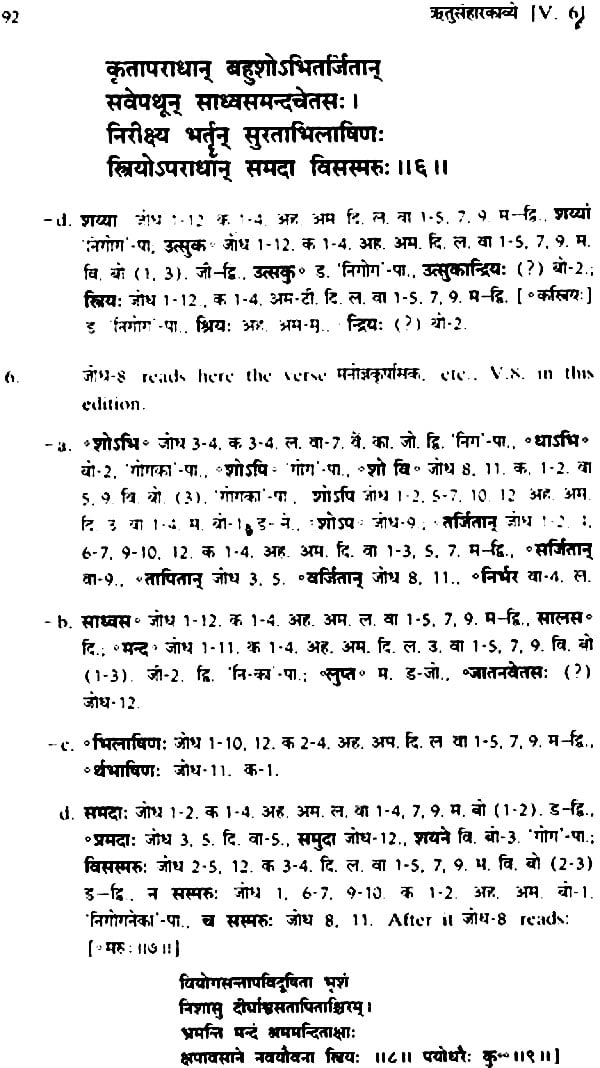 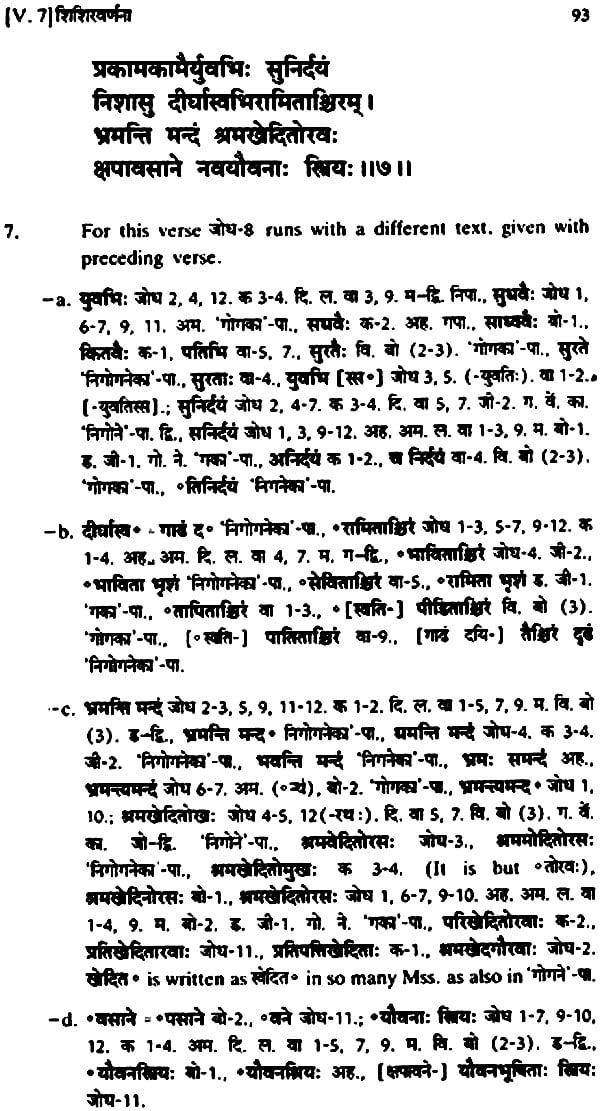 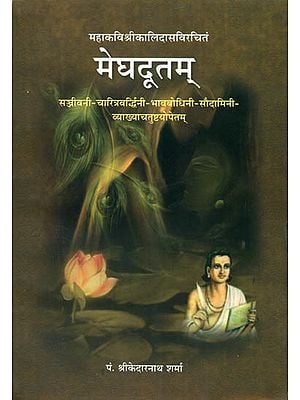 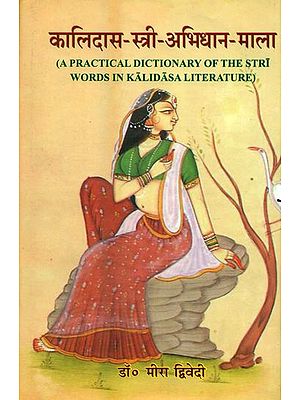 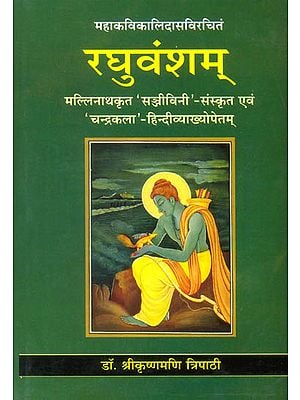 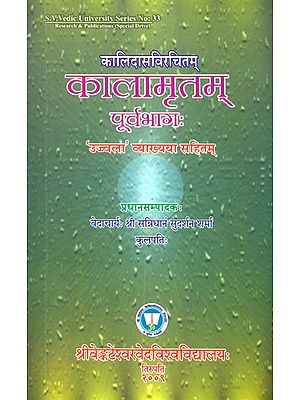 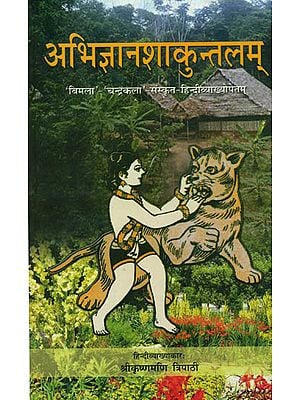 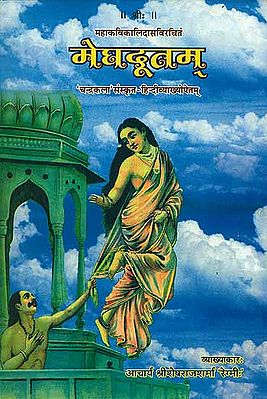 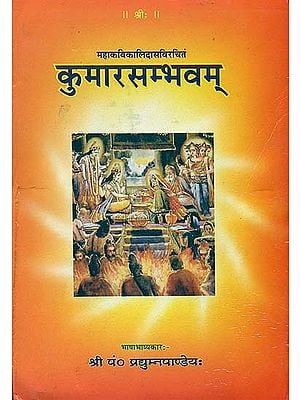 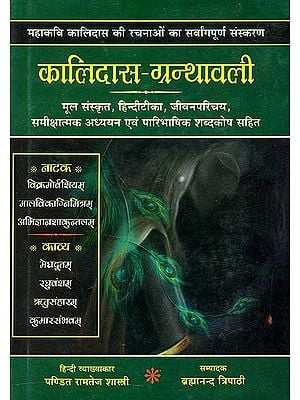 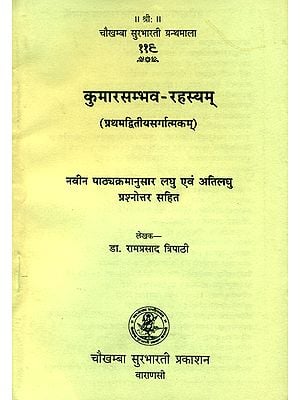 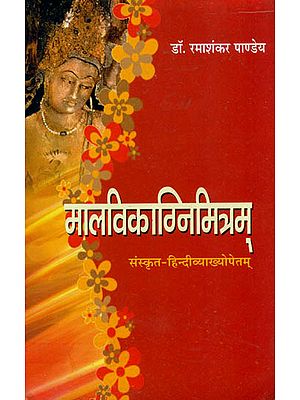 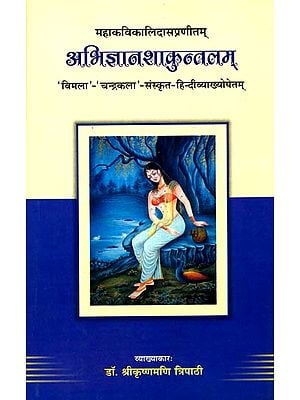 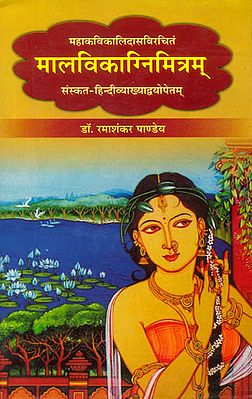 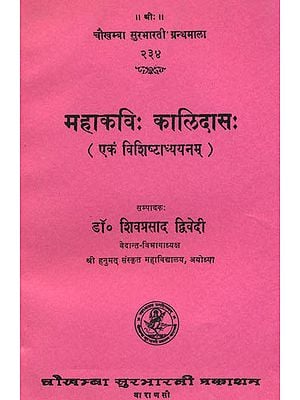