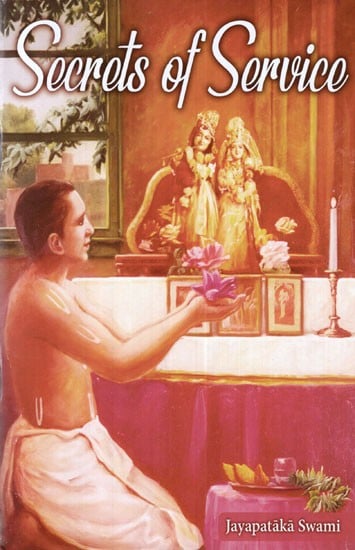 A pure devotee is more concerned about rendering devotional service than experiencing the ecstasies of it. In our neophyte stage, we are certainly more interested in ecstasy, as it supplants material attractions and fills our heart with love for Krsna. When the cup of the heart is filled up, then there is no more room.

“A pure devotee is more concerned about rendering devotional service than experiencing the ecstasies of it. In our neophyte stage, we are certainly more interested in ecstasy, as it supplants material attractions and fills our heart with love for Krsna. When the cup of the heart is filled up, then there is no more room. This being so, the neophytes are much interested in achieving ecstasy very quickly. Hence our prayer to Lord Nityānanda to keep us happy all the time. But on the very advanced stage of prema-bhakti, even ecstasy is not as important as the service. It is service that is all important, because it pleases Krsna.

Of course, ecstasy naturally follows service, but if it interferes with a devotee's service,

then he is not interested in it." His Holiness Jayapatākā Swami

His Holiness Jayapatākā Swami appeared in this world on April 9, 1949 in Milwaukee, Wisconsin, United States of America. The day he was born was the Kāmadā Ekādaśī, the ekādaśī that immediately follows Rāma-navamī. During his childhood, he displayed extraordinary intelligence and great interest in spirituality. When he was just eleven, at the suggestion of his grandfather, he cured himself of a skin disease by invoking the holy name of God.

At fourteen, he entered St. John's Academy, a college preparatory school, from where he graduated almost effortlessly, topping his class. Recognizing a student of great talent in him, several major American universities offered him scholarship. He enrolled in Brown University. As a fresher, he was so moved by a guest lecture on the life of Buddha that he lost all interest in his studies and began searching for a spiritual teacher. Since he could find no bona fide teacher in the West, he decided to go to India.

In 1971, land for constructing ISKCON’s international headquarters was obtained in the birthplace of Lord Caitanya Mahāprabhu, Śrī Māyāpur dhāma. Šrila Prabhupāda assigned Jayapatākā Swami the task of fulfilling the instructions of the previous ācāryas concerning Śrīdhāma Māyāpur by instructing him, “I have given you the kingdom of God. Now, develop it? Taking this instruction to heart, he performed a great deal of service in helping to develop Śrī Māyāpur dhāma. He also started preaching to the locals and visitors from Kolkata. With Srila Prabhupāda's approval and guidance, he also organized congregational development in West Bengal, following in the footsteps of Srila Bhaktivinoda Thākura and Lord Nityānanda.

With the approval of Śrīla Prabhupāda in 1977, he was appointed a member of the Governing Body Commission of ISKCON. After Śrīla Prabhupāda's departure from this world, he was instructed by the Governing Body Commission to expand his responsibilities to oversee various parts of the Krsna consciousness movement in and out of India. Thus, when his field of preaching started gradually expanding, he began to travel and, ever since then, His Holiness Jayapatākā Swami has been traveling, working tirelessly to spread the Krsna consciousness movement in India and worldwide despite physical challenges to his health.

Since Śrila Prabhupāda had also instructed him to initiate and instruct disciples after his departure, he has been doing so, serving the ISKCON mission with his disciples to spread far and wide the glory and teachings of Srila Prabhupāda and Lord Caitanya Mahāprabhu, constantly providing us with immense spiritual inspiration.

This book has been redacted from the lectures Jayapatākā Swami Mahārāja delivered worldwide. It contains four chapters.

In the first chapter, Jayapatākā Swami discusses the right and wrong way to render devotional service with his usual enthusiasm to get the message across to countless conditioned souls like us. In the second chapter, he tells the eager learner how best to shine in service through surrender. He draws our attention the alluring pitfalls that will summarily arrest our surrendering process if we are incautious and lax in adhering to the principles of steadfast surrender. He illustrates this point by giving us philosophical insights and telling us an absorbing and instructive story from Padma Purāņa.

By the end of the second chapter Jayapatākā Swami successfully gets the readers hooked to the idea of wanting to serve Krşņa the right way first and better next by surrendering. When the practitioner of devotional service is engaged in devotional service in the right way, and by surrendering, naturally, he begins realizing being closer to Krsna and often experiences the pure joy of devotional service. Exactly at this juncture, the devotee wants to finish off material life and quickly go back to Godhead. But the second chapter ends at this point and chapter three takes over.

In this third chapter, Jayapatākā Swami discusses a still higher level of service, which is service to Krsna in separation. Externally, serving Krsna in separation seems to be an anticlimax, after all the effort we put into coming closer to Krsna and wanting to go back to Him and reside with Him in the spiritual world. But Jayapatākā Swami is quick to explain that service in separation is indeed on the greater echelon of the ladder of devotional service because its ablitiy to have us experience devotion at a deeper and more fulfilling level.

Now, finally, in the fourth chapter, Jayapatākā Swami gives us the most deeply satisfying aspect of devotional service, which is the description of interactions between the devotees and the Supreme Lord, enshrined within the hallowed pages of Śrīmad-Bhāgavatam, the mature fruit of the desire tree of Vedic literatures. Thus, even though living in this world, away from the spiritual world and in separation from Krsna, we can experience being back with the Lord by serving Krsna in separation and hearing about the pastimes of Krsna and His devotees described in Śrīmad-Bhāgavatam, the mature, ripened fruit of the desire tree of Vedic literatures. 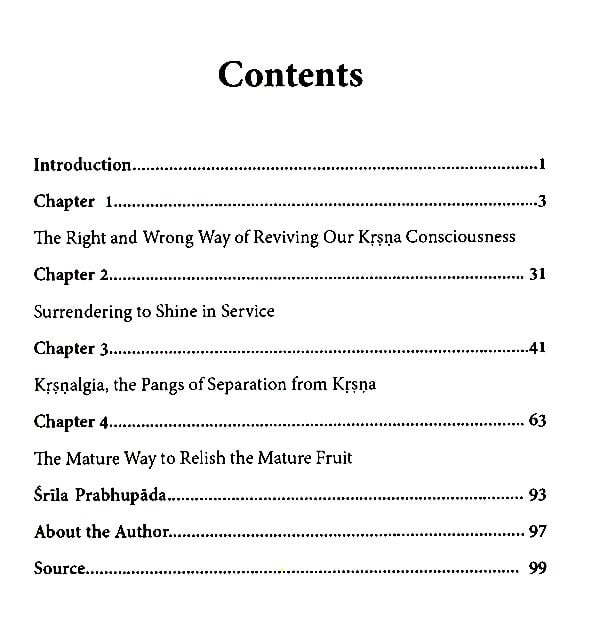 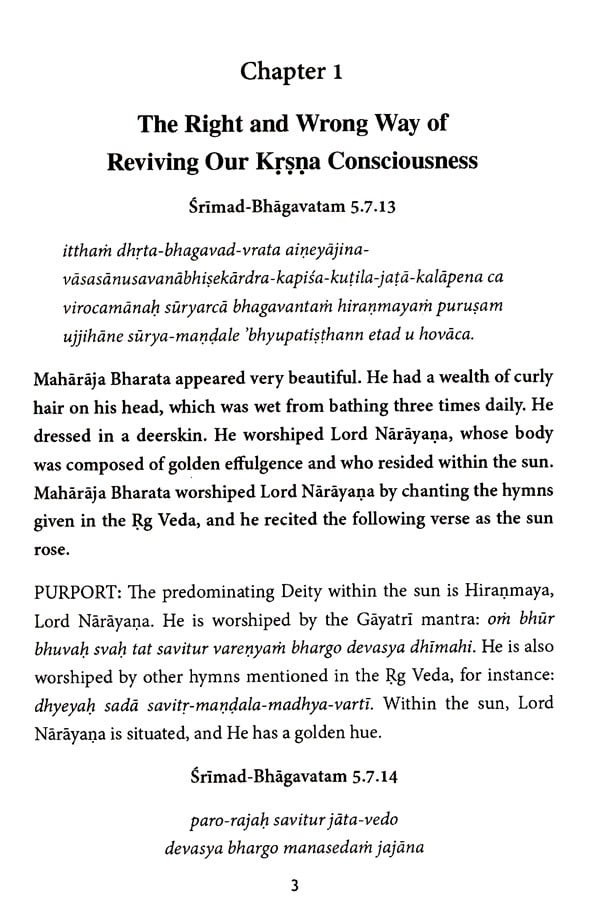 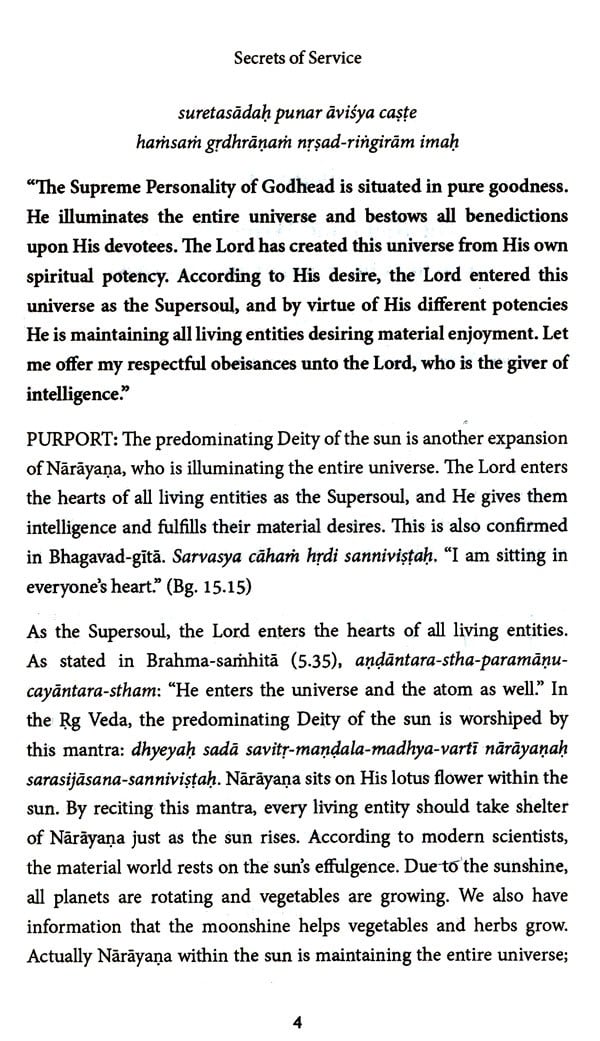 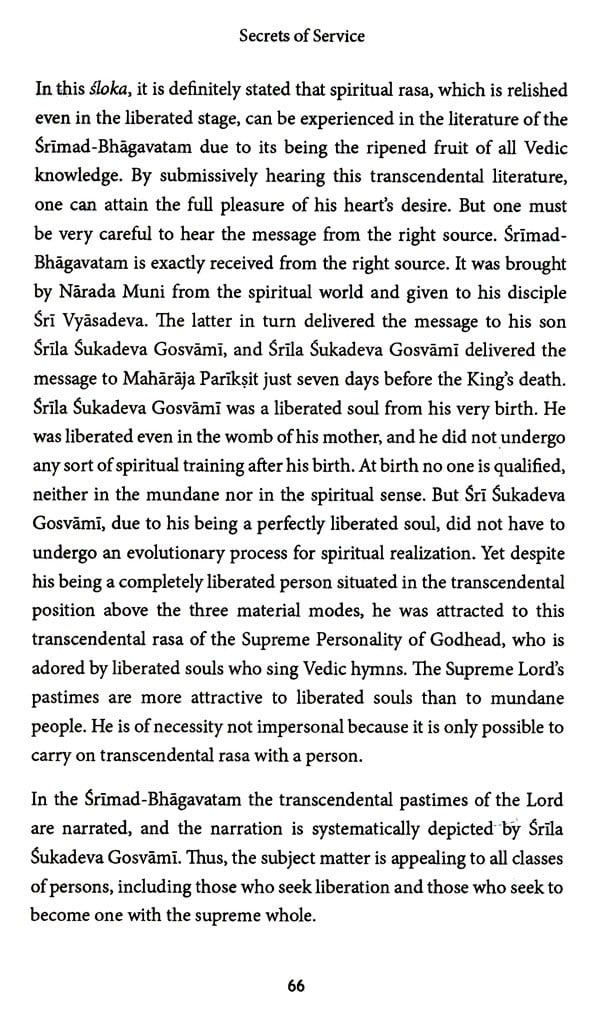 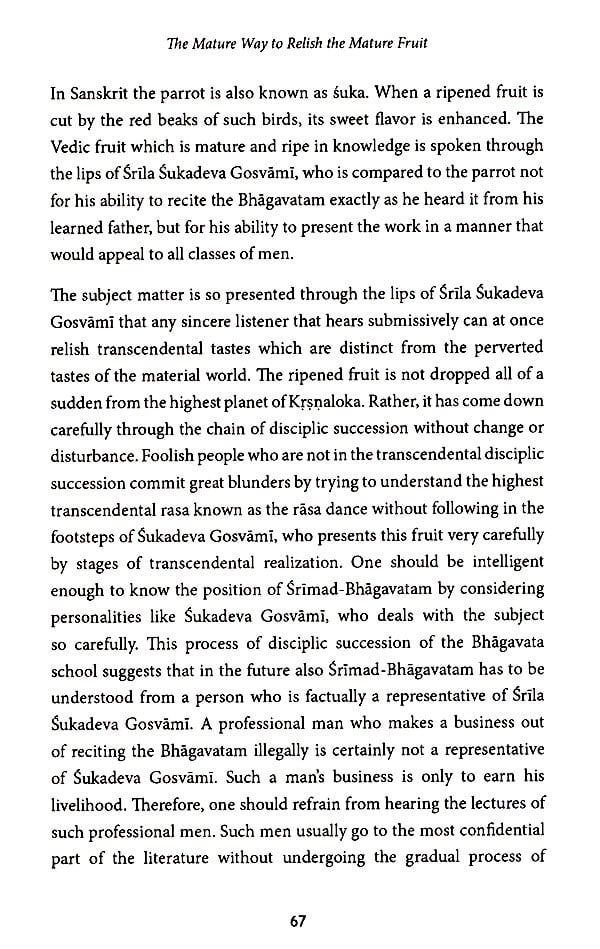 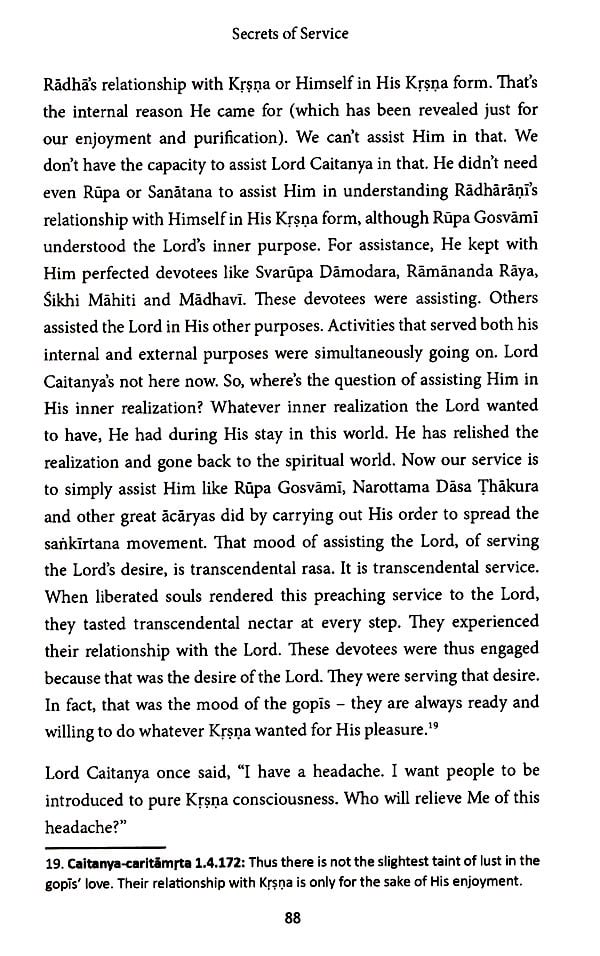 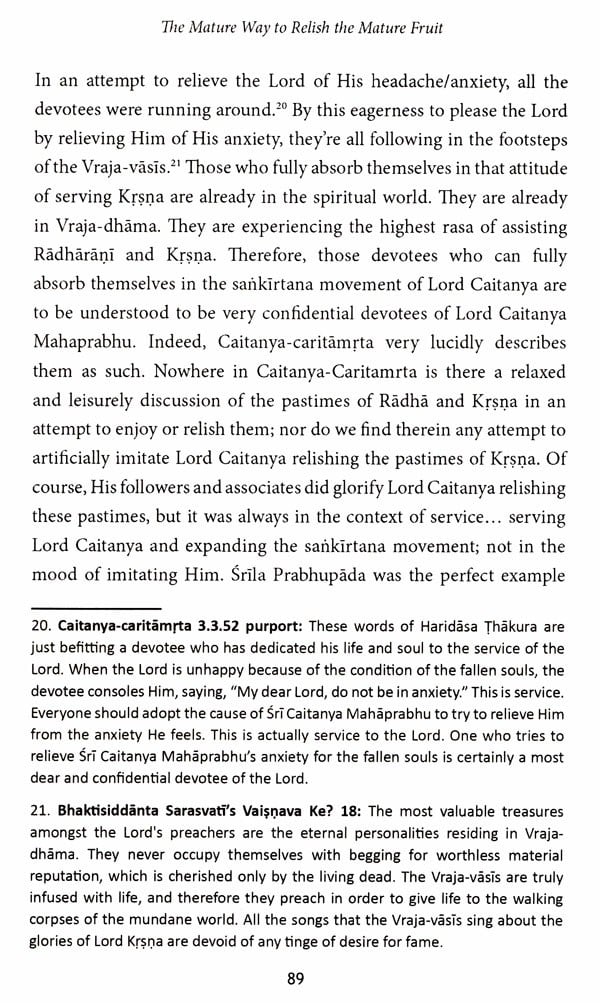