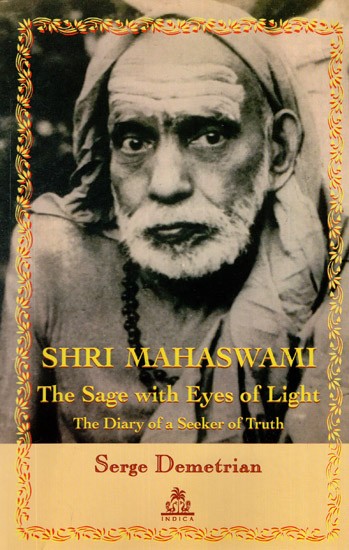 Shri Mahaswami, by his full name Shri Chandrashekharendra Saraswati and popularly known as the Paramacharya of Kanchipuram or Mahaperiyava (great sage), was born in 1894. At the age of 13 he became the religious head of the Kanchi Kamakoti Peetham as the 68th Acharya. He was arguably one of the most respected and venerated sages of the 20th century in India. During his long life - he attained mahasamadhi in 1994 - he traveled extensively on foot throughout the country uplifting and guiding aspiring souls as well as giving discourses on sanatana dharma. Because of his unquestioned authority and spiritual depth he succeeded in reviving the traditional Hindu faith and beliefs, and reinvigorated the path of Advaita Vedanta.

The author of this journal, Dr. Serge Demetrian, was born in Romania in 1923. He had his youth a deep interest in India's culture and philosophy. Escaping his country, at the time subject to communist rule, he came to India in the latter half of the 1960s. On seeing Shri Mahaswami he immediately recognized in his guru. The rest of his lie he dedicated to following the spiritual way under the silent guidance of his Master. Inspired by him to keep a diary, he wrote in detail - with the critical mind of a doctor and teacher at University - of his deep experiences with the sage. Serge Demetrian, or Narayana as he was known to his friends, gives us here a remarkable record of his total devotion and surrender to his guru and of a perfect master-disciple relationship. This diary, which is destined to become a classic of spiritual literature, is now being published for the first time, two years after Serge Demetrian’s Death in October 2018.

In November 1993, while I was preparing for my journey to Tiruvannamalai, I suddenly felt a calling to go and meet the great sage, Shri Shankaracharya of Kanchipuram. I shared my plans with an acquaintance of mine who immediately wrote his friend, Dr. Serge Demetrian, to provide me with an introduction into the Math and some indications of how to obtain darsan from the Sage. Serge Demetrian happened to be a close disciple of Shri Shankaracharya since many years, and he had made Kanchipuram his home. His familiarity with the customs and traditions there would be a great help.

As soon as I arrived in Kanchipuram, I headed towards the Math and proceeded to take my place on a platform where we were to receive darsan from the Sage. I was sitting in front of a large curtain with a crowd of people all around me, noisily awaiting the curtain to open. The atmosphere was highly charged and already there was a powerful energy emanating from the place where Shri Mahaswami was to appear.

Shortly afterwards I saw a foreigner, an elderly man, come onto the platform. Without a doubt it was Dr. Serge Demetrian. He came straight towards me, and after some brief introductions, he showed me exactly where I should stand. When the crowd became too oppressive, he firmly pushed away anyone who came too close to me. I found this to be an unusual and somewhat shocking gesture, but he reassured me by saying, "You have come from afar, whereas these people can come here every day."

The curtain opened. The crowd rushed through the barriers that were supposed to keep them in line, and driven by the shouting of a guard, the visitors were pressed forward after catching only a brief glimpse of the Sage.

Thanks to Serge Demetrian, there I was, standing with him in the first row, right in front of the Shankaracharya who was half-reclined on a couch. Serge Demetrian introduced me by pronouncing my name and asked him to give his blessing for my stay in Tiruvannamalai. I had placed in a basket a garland of bilva leaves, some fruits and two necklaces (mala) with crystal beads that I had purchased earlier. I gave the basket to an attendant and he held it in front of the Sage who touched each necklace, then placed them back in the basket which was returned to me with some additional prasad of fruits and flowers. For the next twenty seven years, there has not been a day when I did not wear one of those necklaces. I stayed two more days in Kanchipuram and I had the grace of having three more darsans with the Shankaracharya.

Back in France again, after two months had passed since my meeting with the Sage, I shared my experience with some friends, connoisseurs of India. That very evening I received a telephone call informing me that the Sage had left his body. He was in his hundredth year.

It took me two years to understand why the Shankaracharya had called me two months before he attained mahasamadhi. Was it to bring Serge Demetrian and me together in his presence? This is quite probable because two years after our first meeting at the Math, Serge Demetrian suddenly appeared in Paris. To my surprise, he showed a certain cordial and friendly interest in me. However, his attitude troubled my mind. Why would someone like him, who had come such a long way on the spiritual path, have even the slightest interest in me? At the same time, I relished every moment of his presence, I was fascinated by his noble speech and by the lofty and powerful way he conducted himself.

Since he felt that the city of Paris was too polluted for me, on all levels, I agreed, not without remorse, to move away and settle sixty kilometers from Paris, not far from the place he would stay while in France.

Soon afterwards, he confided in me that he felt compelled to record his experiences with his Master, the Shankaracharya, first of all to pay homage to the Sage, but also to make him known in the West, and finally for his devotees in India to relive their own experiences with the Mahaswami. He had been indirectly instructed by his Master to keep a journal, and now he had to make a selection for publication.

These were the early days of portable computers. Since neither he nor I had mastered the art of using a computer for writing, we took some lessons and then set to work. Mostly he would work alone; however, sometimes he preferred to dictate certain pages to me. One day while we were working together - the atmosphere was intense, profound and heavily charged - I suddenly felt the need to be with worldly, 'normal' people... So I left the place where we were working to seek out some friends. At that time internet was in its early stages, and the technology was totally unknown to me. One of the friends, a computer scientist, offered to initiate me. "Tell me a key word," he said; "Yoga," I replied. After two clicks, who should appear on the full screen: Shri Mahaswami! The sign was clear. There was no escaping. I was called upon to help Serge Demetrian in his writing endeavour.

It was then that some doubts began to assail me. Am I mature and pure enough to be with such an exceptional person in whom every cell of the body and every corner of the mind has been purified during all the years spent with his Master in India? The response was not long in coming. One day, while I was asleep, Shri Mahaswami appeared to me - was it a vision or just a dream, difficult to say -and energetically massaged my body, arms and legs: no doubt this was the purification that I needed.

Indeed, I could provide Serge Demetrian with certain material conditions and work for him on this text, but the benefit that I gained through my relationship with such a remarkable person was invaluable, particularly since I was nurtured for years by the atmosphere and the palpable presence of this great Sage through the experiences of his disciple.

His systematic outlook on life was also reflected in his distinguished career as a medical doctor. In the 1970s he practiced and taught simultaneously in Paris at the Laennec Hospital and at the Medical Faculty 'Necker-Enfants Malades' of the University Paris V. He was exact in his observations, down to earth and compassionate.

With his taste for disciplined work, Serge Demetrian's days were punctuated by hours of writing, yoga practice, taking walks and preparing his meals. He was dividing his time between France and India, mostly in Kanchipuram, but he also stayed in Tiruvannamalai, at the foot of the sacred mountain Arunachala, where he enjoyed the calm and tranquil atmosphere. However I was always amazed at his ability to simply rise above any noise. At certain times of the year the loudspeakers of the temple, which were a few metres from his home in Kanchipuram, would broadcast sacred chants at frequencies almost unbearable to unaccustomed ears, but this never seemed to bother Demetrian, even while he was writing. 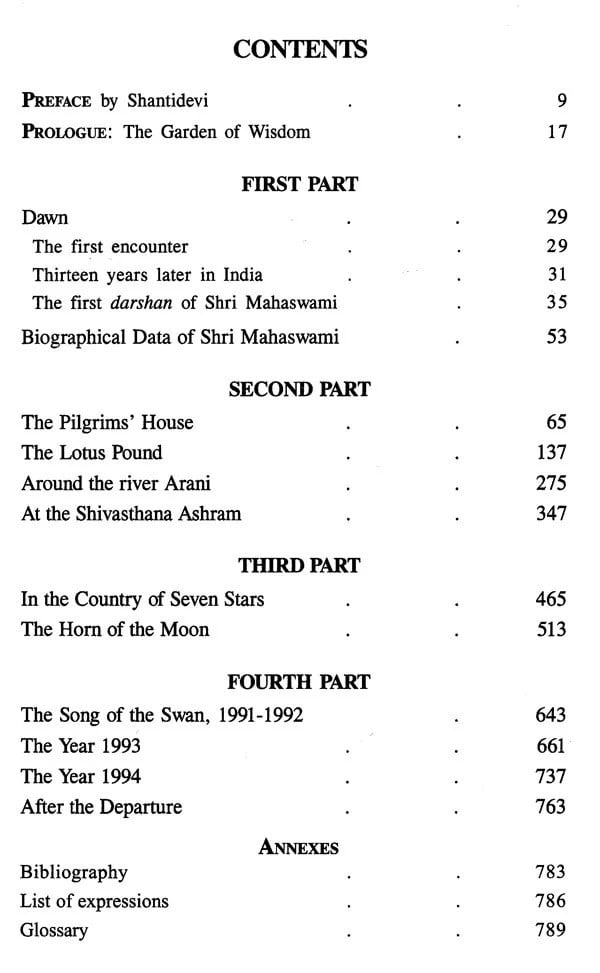 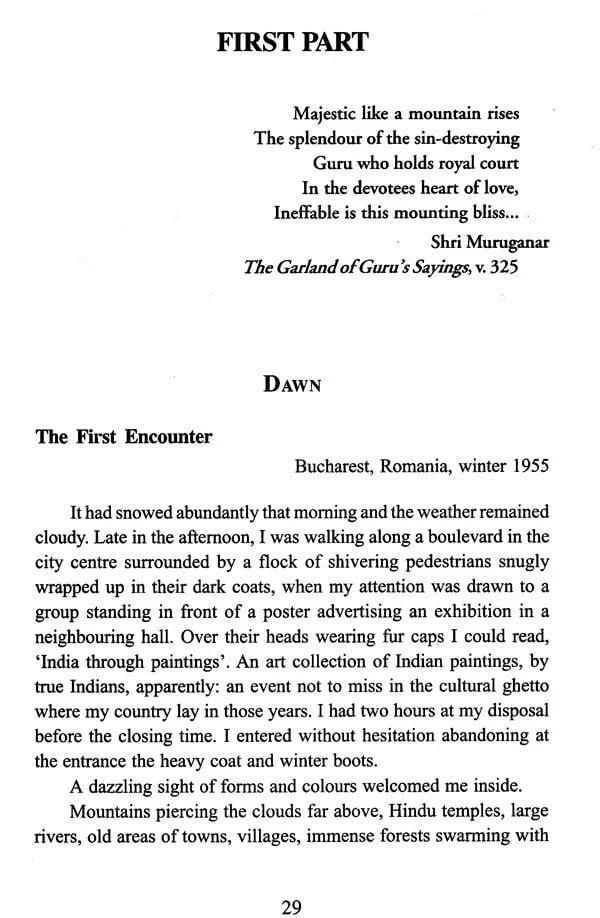 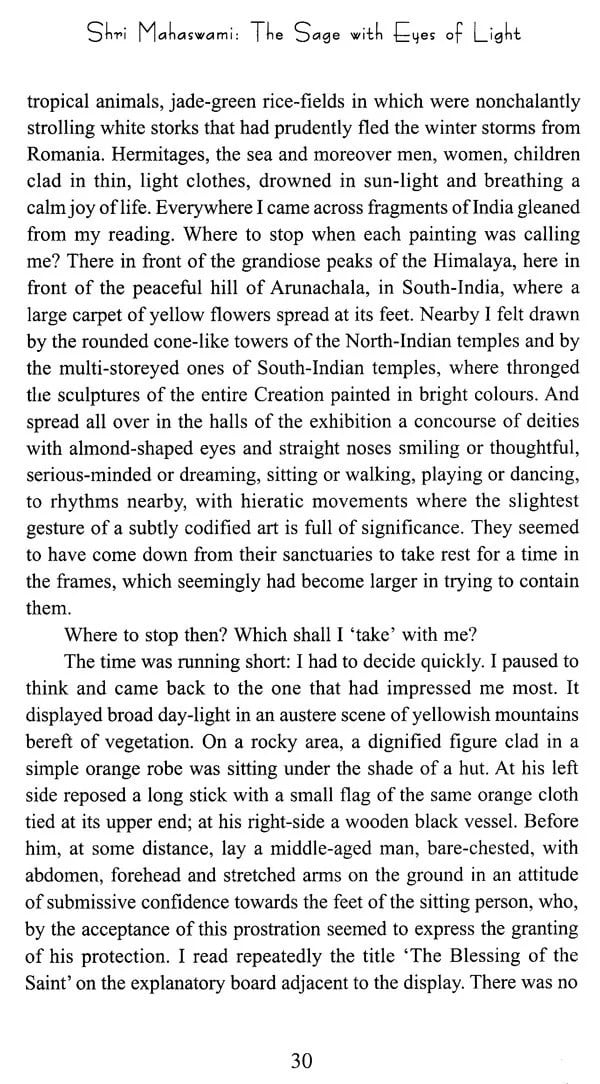 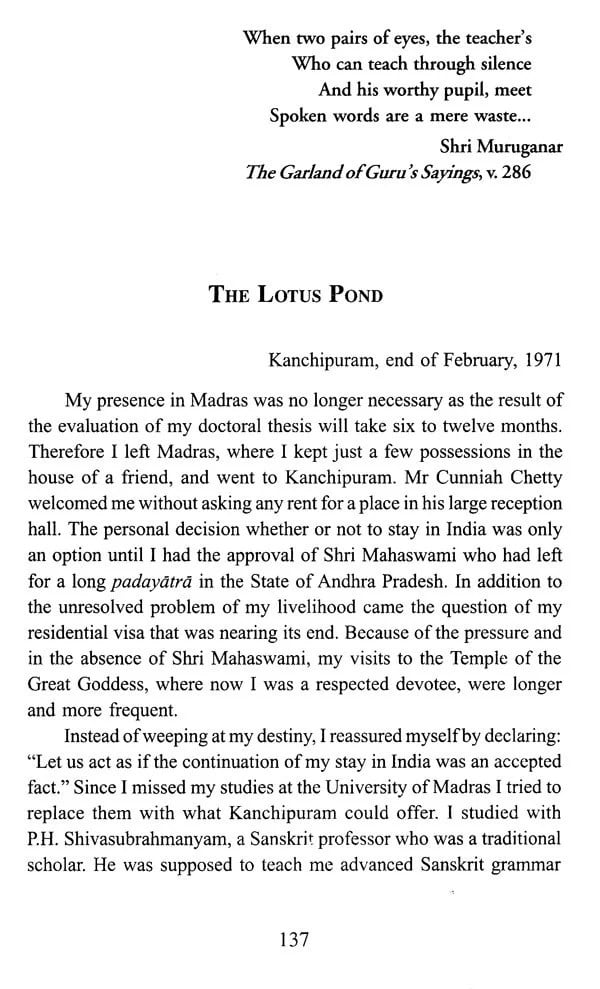 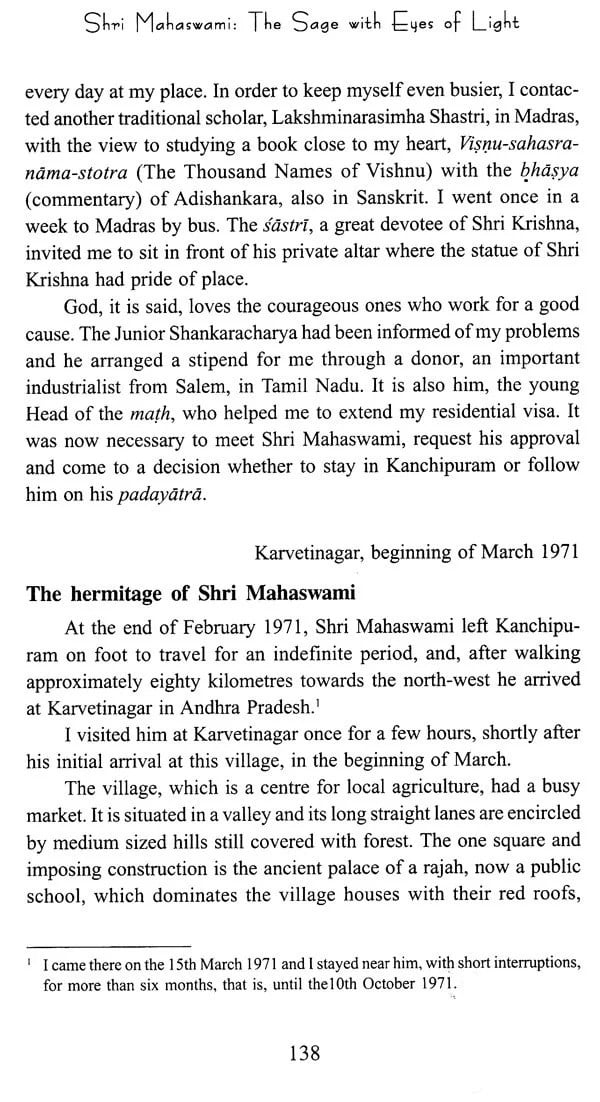 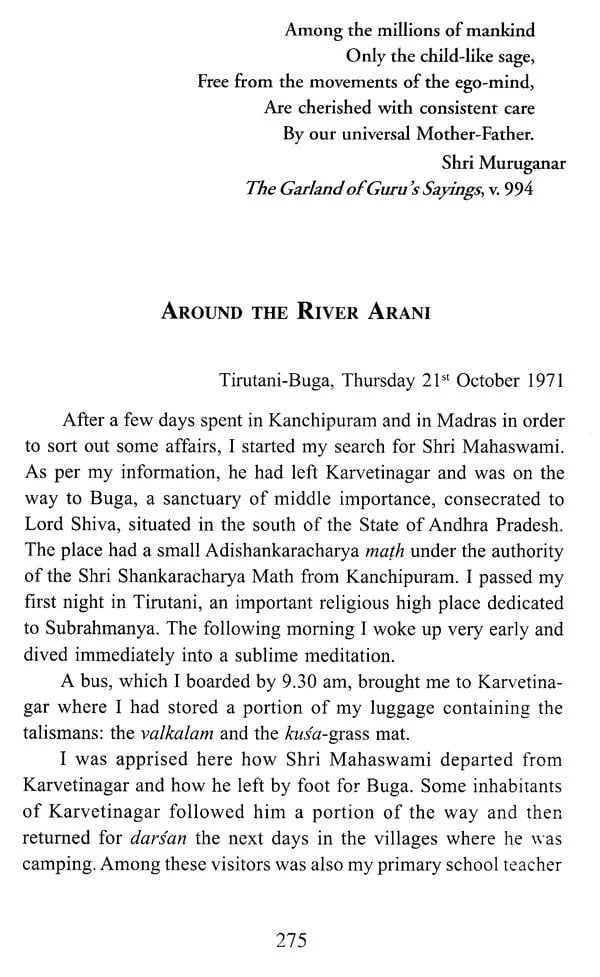 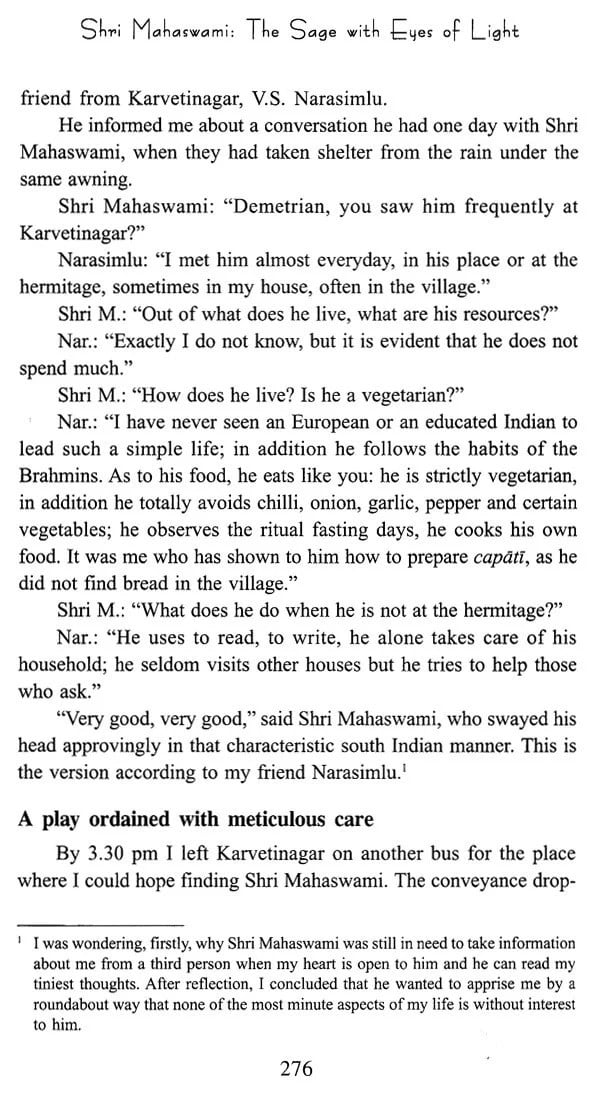 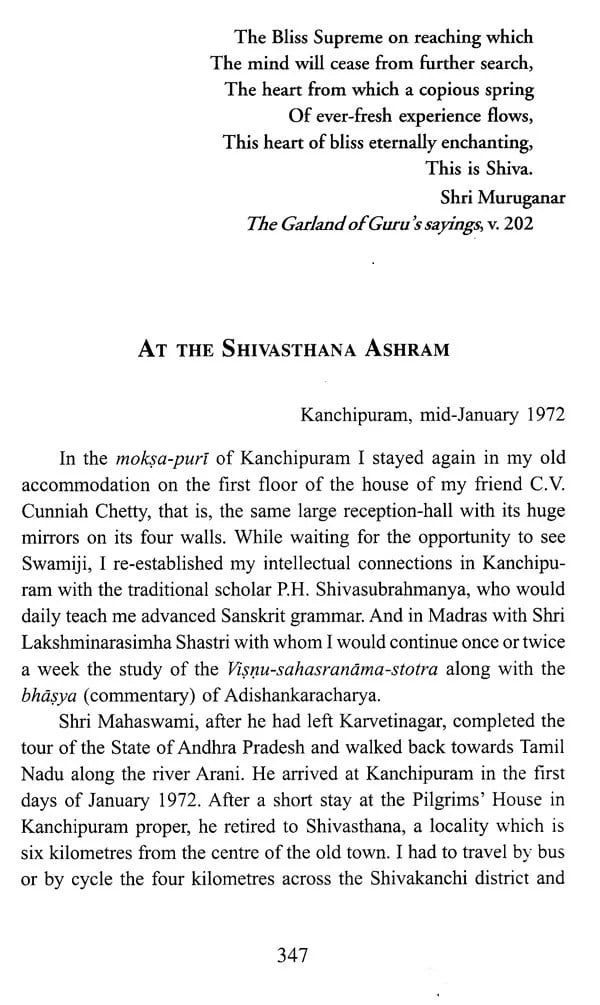 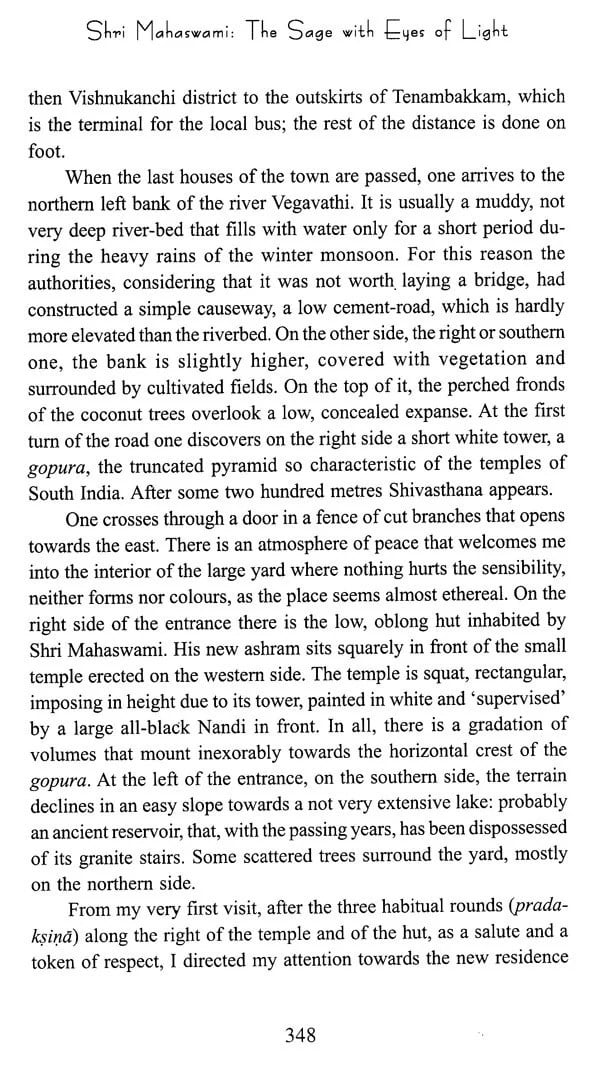 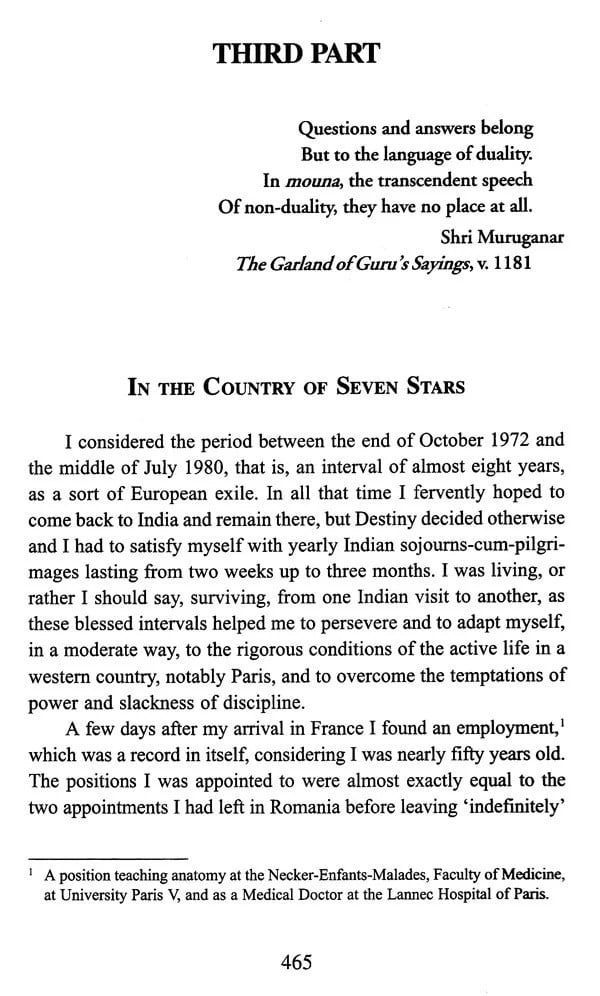 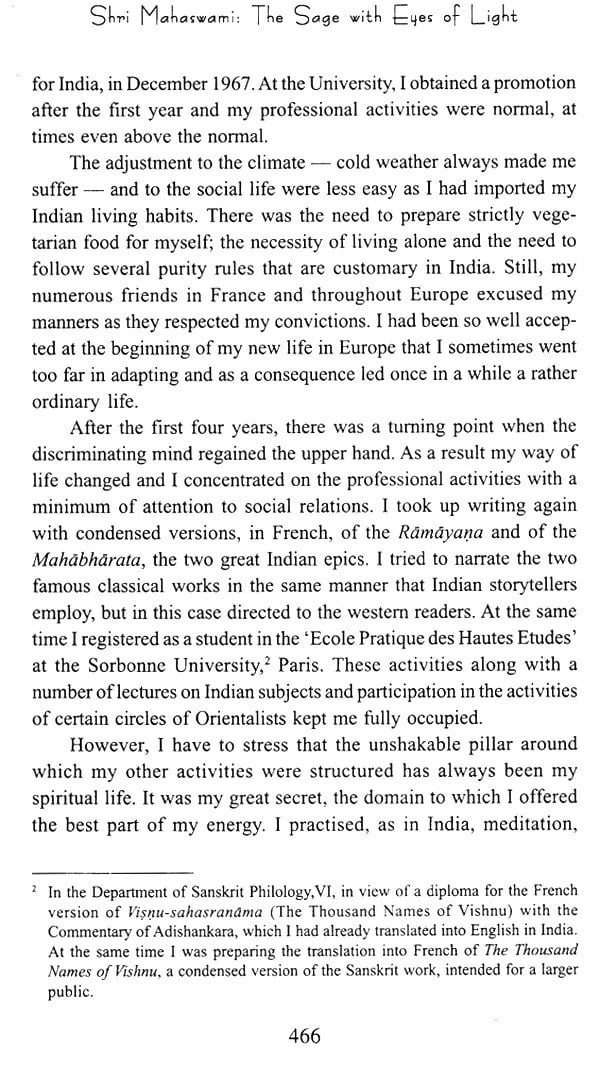 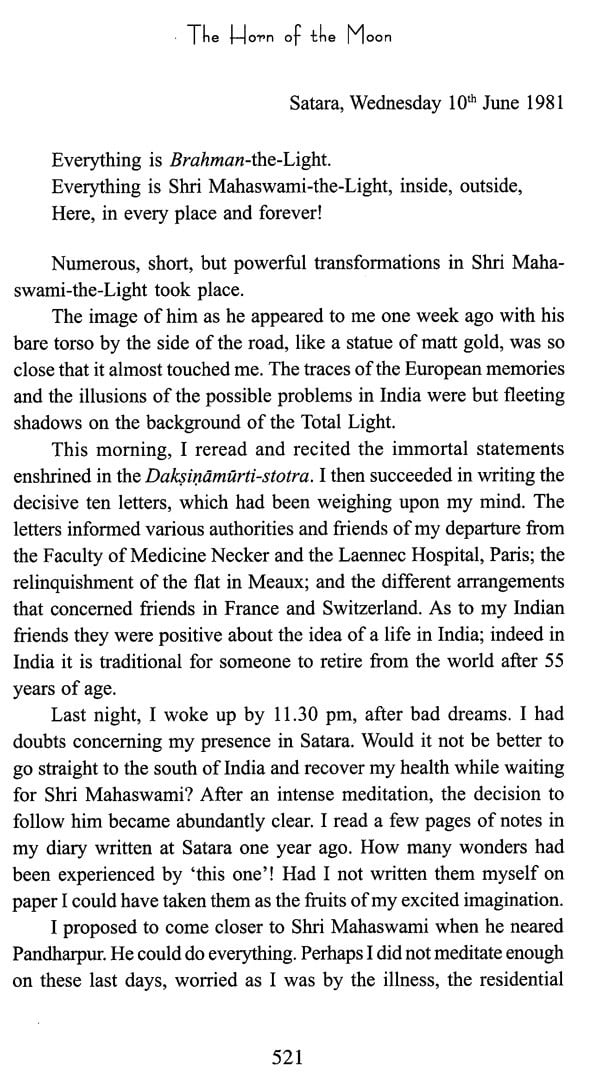 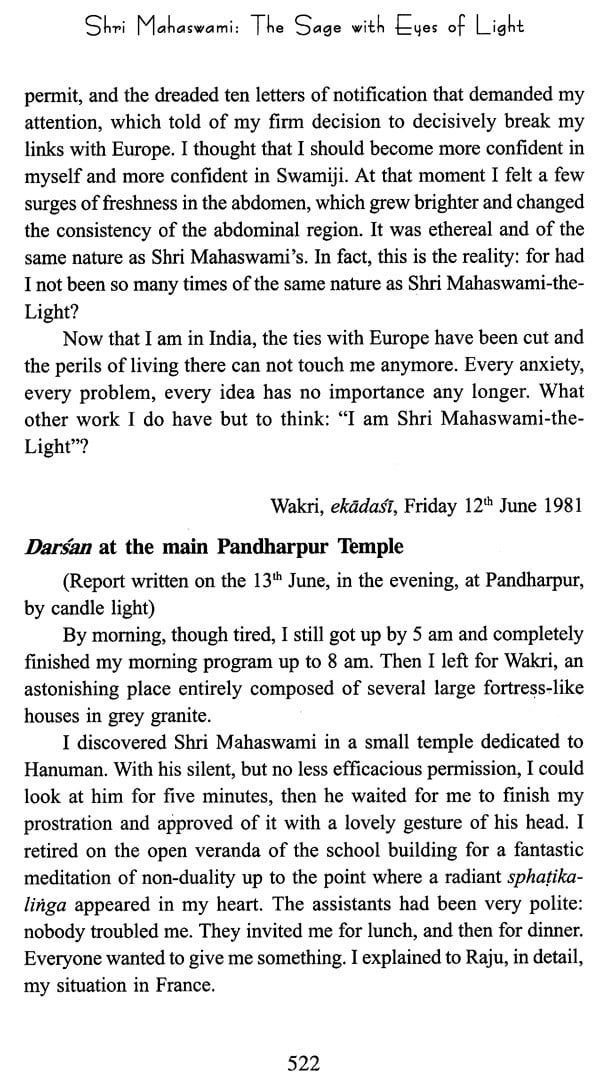 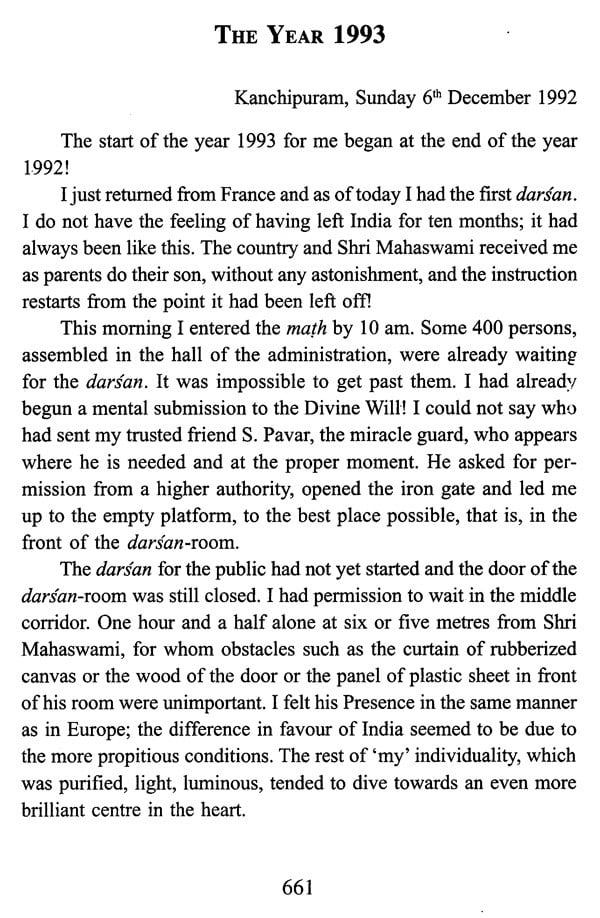 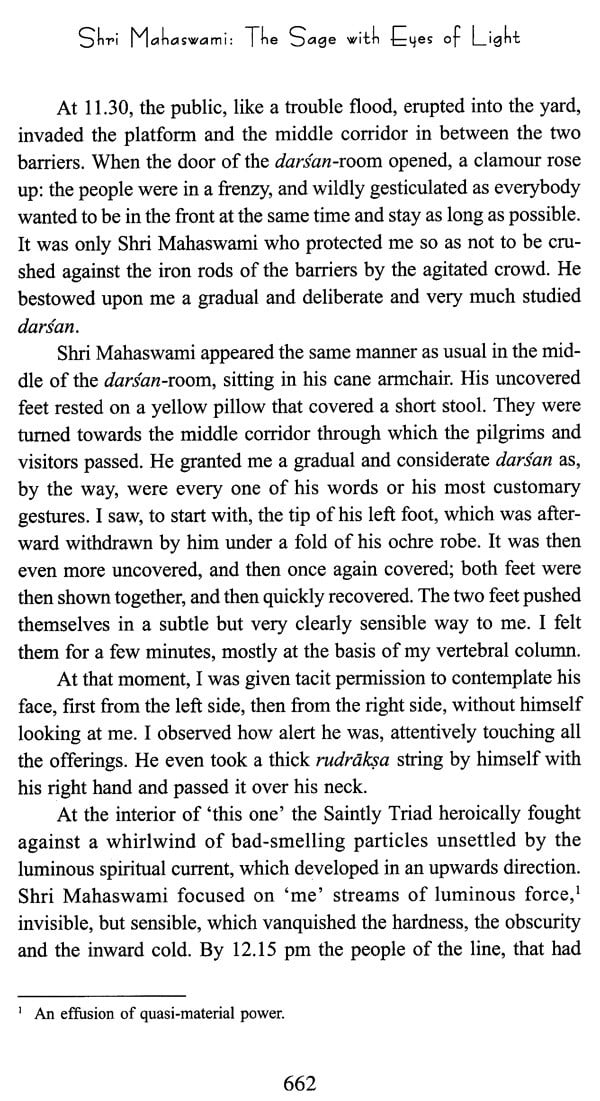