Small Orange Flags: On Living during a 'state of emergency' 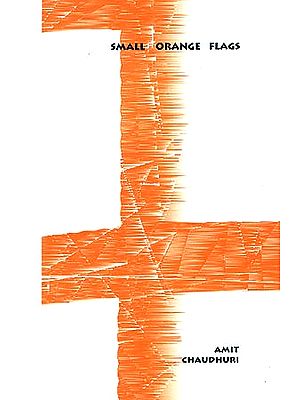 This is a compilation of six essays and a poem by novelist Amit Chaudhuri - written as an urgent response to what he feels is an ongoing state of emergency - followed by a conversation which takes up and further develops the issues and concerns. 'Small orange Flags' was written in early 1993 when he came back to India from Oxford, and encountered a changed world post the Babri masjid demolition. In it lie the seeds of the idea for his novel Freedom Song. 'Living in the Mohulla', written after September 11, looks at human bonds across communities; in 'Thoughts in a Temple' he meditates on Hindutva and the changing face of Hinduism; 'Neighbours and Strife' begins with an encounter in a Greyhound bus, leading on to thoughts on minority activism in civil society; 'sticks, Stones and Names' has at its core a poem layered with disturbing images of war; and in 'A Walk Around Schoeneberg' he begins to see how silence overlays a disturbing history of erasure of the Jews. This volume lays bare disturbing and very urgent questions about how people live together despite difference.

Amit Chaudhuri has written four novels, a book of short stories, and edited the Picador Book of Modern Indian Literature. The Clarendon press, Oxford, recently published D.H. Lawrence and 'Differences', his study of D.H. Lawrence's poetry and critical theory. He has been translated into several languages and has won the Betty Task Award, the Commonwealth Writers Prize, the Encore Prize, the Encore Prize, the Southern Arts Literature Prize, the Los Angeles Times Book Prize for Fiction, and the Sahitya Akademi award. He is also a vocalist in the North Indian classical tradition.