History, religion, and literature, present us with ample cases describing the fact that individuals differing in personality and culture, can yet be closely bonded together in companionship. The Bhagavadgita presents us with Lord Krishna and Prince Arjun, the Holy Bible presents us with David and Jonathan, Greek History offers us Damon and Pythias, while 18th century CE Austria has gifted us men of the virtuosity of Wolfgang Amadeus Mozart, and his close associate and friend Franz Joseph Haydn. Yet, when considering the case of 19th century CE India and Japan, the images evoked within my mind are none other than those of Swami Vivekananda and Okakura Tenshin, one an eminent philosopher, sage, and specialist of religion, and the other a nonpareil artist, art critic, and specialist of art. Notwithstanding their dissimilarities regarding religion, culture, and language, these two sought to mutually forge bonds of union and amity, bonds that were firm and long-lasting. As a Christian and Catholic priest, I affirm that the impact exerted on my faith and nation (India) by Swami Vivekananda, has been nothing short of phenomenal.

His views have made an impact on Catholic scholars and led them along the path of inter-religious harmony. Okakura Tenshin, who was also frequently referred to as Okakura Kakuzo, was noted for the far-reaching impact he exerted on Modern Japanese Art. His links to Ernest Fenollosa, the American art critic and artist, who rose in defence of Japan's time-honoured art forms against the urge to innovate that surfaced in the early Me-iji era of Japan's history, is well known. Also well-known is Okakura's relationship to the Tokyo School of Fine Arts, the Japan Academy of Fine Arts, and the Boston Museum of Fine Arts, as also his scholarly works, such as The Ideals of the East (1903), The Awakening of Japan (1904), and The Book of Tea (1906), all of which ranked him as a leading figure in the world of art. However, not so well known are the bonds he had with India, and principally with celebrated individuals of the eminence of Swami Vivekananda and Rabindranath Tagore. Swami Medhasanandaji, whom I am honoured and privileged to regard as a close friend and associate of over 25 years, has in writing this book fulfilled a requirement that has long been over-due.

He has provided us with an insight into the relationship that characterised these two eminent men, as well as an insight into the society in which they lived. On first reading the book, I was moved by the fact that he provides ample details related to the early devotees and admirers of Swami Vivekananda, both foreign and Indian, as well as lesser-known Japanese who were linked with Okakura Tenshin. Scholars generally are prone to overlook such individuals, but not so in this case. Mrs Sara Bull (Saint Sara), Miss Josephine Macleod, Sister Nivedita (Margaret Noble), Sister Christine (Christina Greenstidel), and Mr Shitoku Hori have all been granted due attention, as also several other Indian and foreign confreres of both Swami Viveka-nanda and Okakura Tenshin.

This book consists of ten chapters, the details of which are as follows: Chapter One concerns the history of the Indo-Japanese relationship. Here, starting with the departure of Swami Vivekananda to Japan and the USA, the author provides us details concerning the historical and cultural links that bound these two nations since times past, such as their religion, art, literature, music, dance and drama, as well as eminent Indian Buddhist missionaries to Japan, of bygone days. Chapter Two tackles the rapport that existed between India and Japan prior to and after the 19th century CE Meiji Restoration when Japan commenced treading the path to evolving into a modern nation. Here the author probes the growth of the cotton industry, the opening of a sea route, and the development of commercial links between the two nations and other relevant issues, including the establishment of Shinto as Japan's State Religion.

Chapter Three provides us certain significant biographical details, such as the life of Swami Vivekananda, his encounter with Ramakrishna Paramahamsa, his voyage to Japan and the USA, his personal experiences in Japan, and certain vital aspects of Japan's culture he observed. Chapter Four, which is the longest chapter, concerns the background of Okakura Tenshin and his initial voyage to India. The author here provides several thought-provoking facts related to Miss Josephine Macleod, Ernest Fenollosa, and other relevant persons and subjects. Chapter Five continues dealing with issues related to Okakura Tenshin's first visit to India. 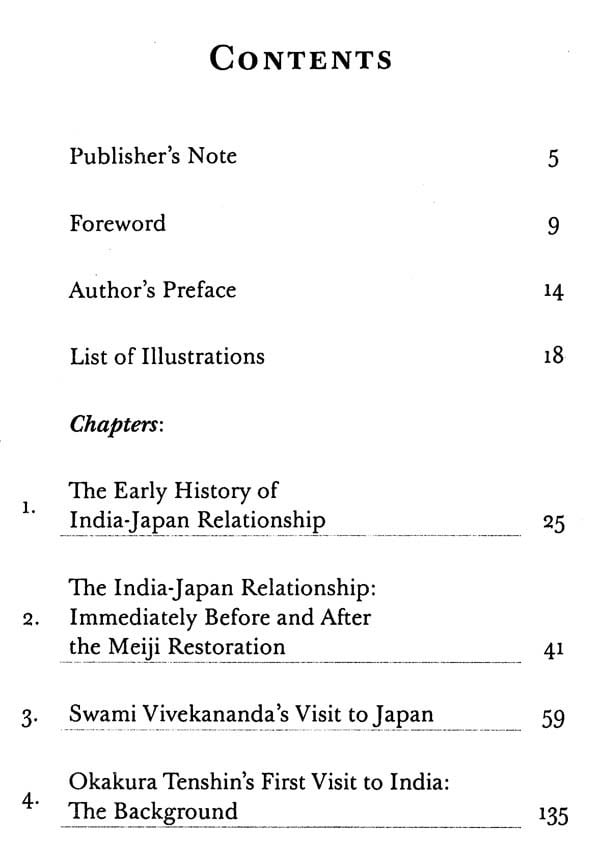 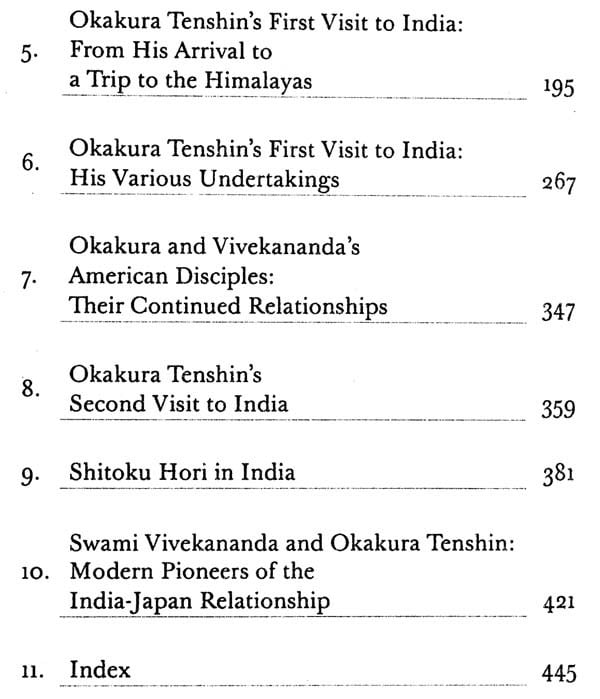 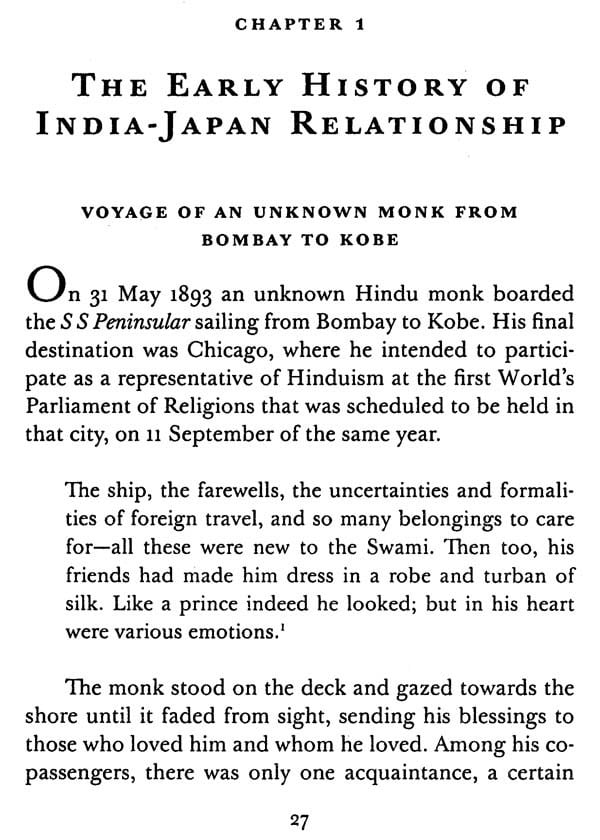 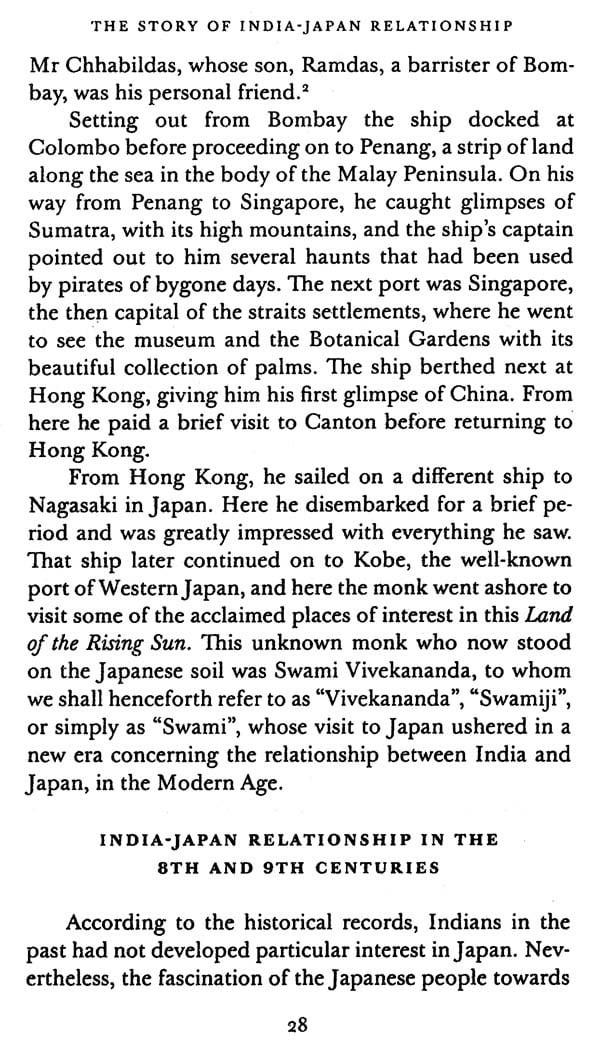 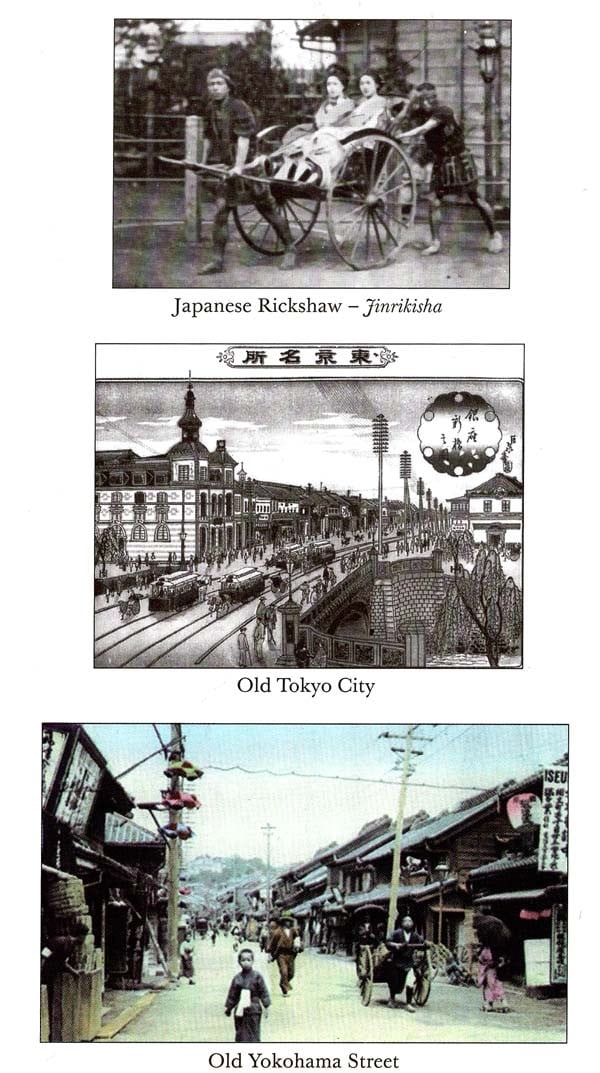 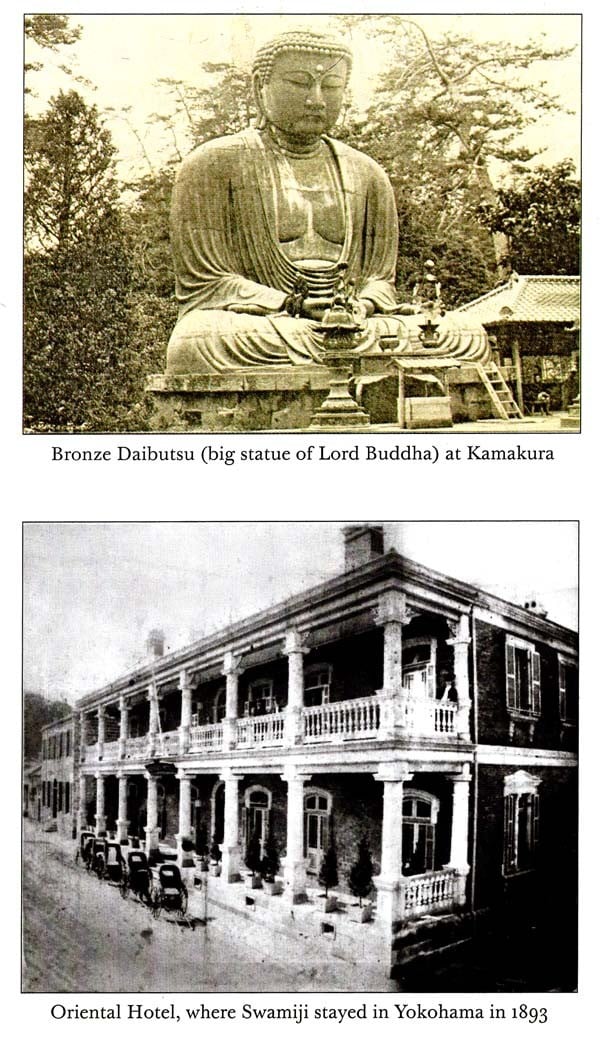 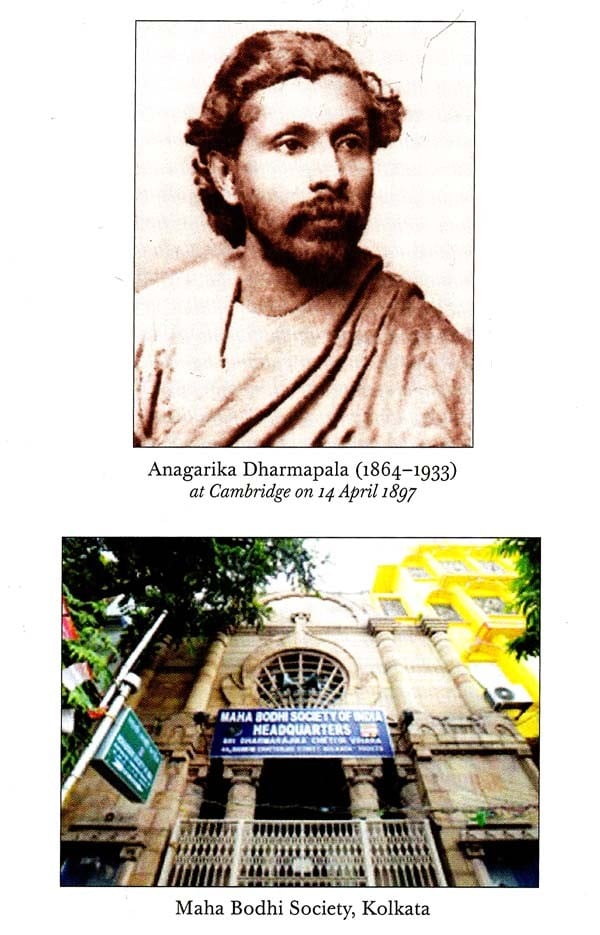 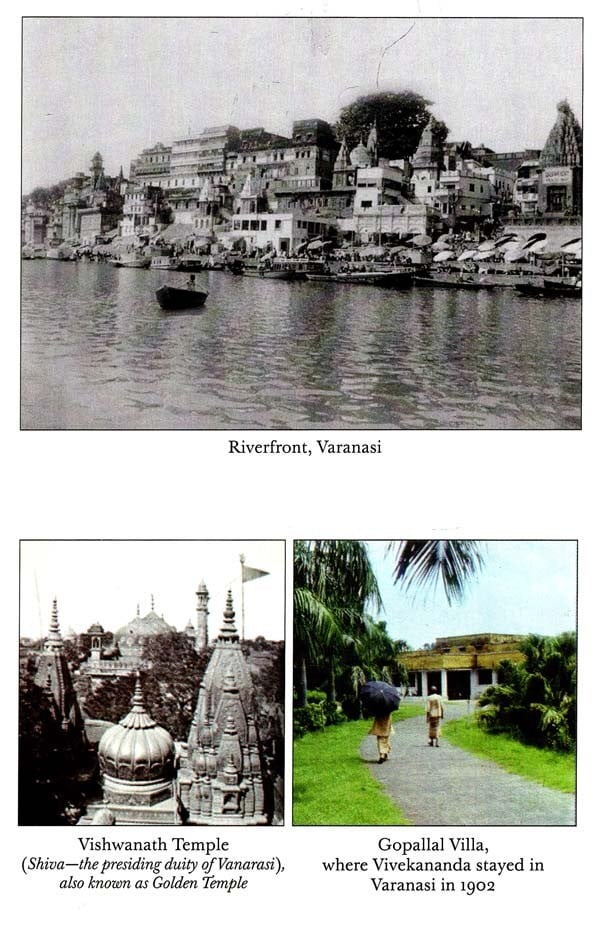 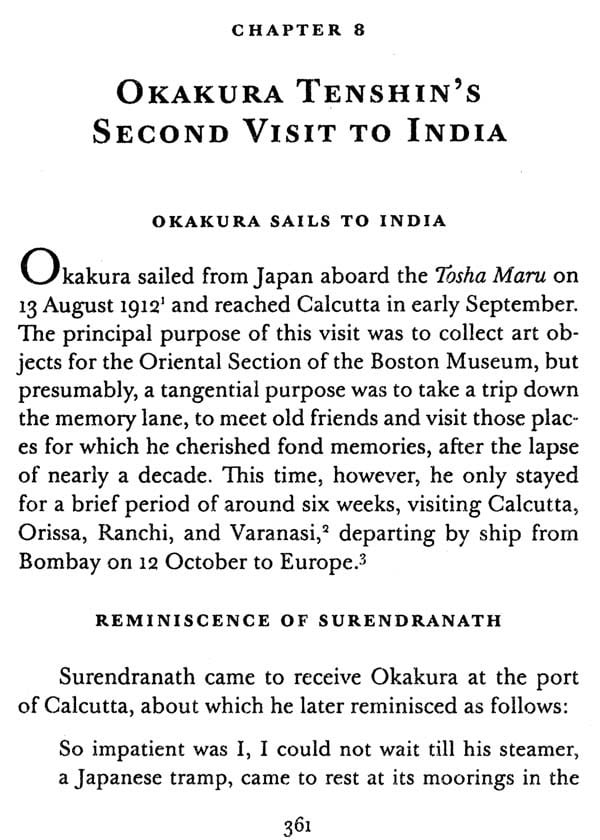 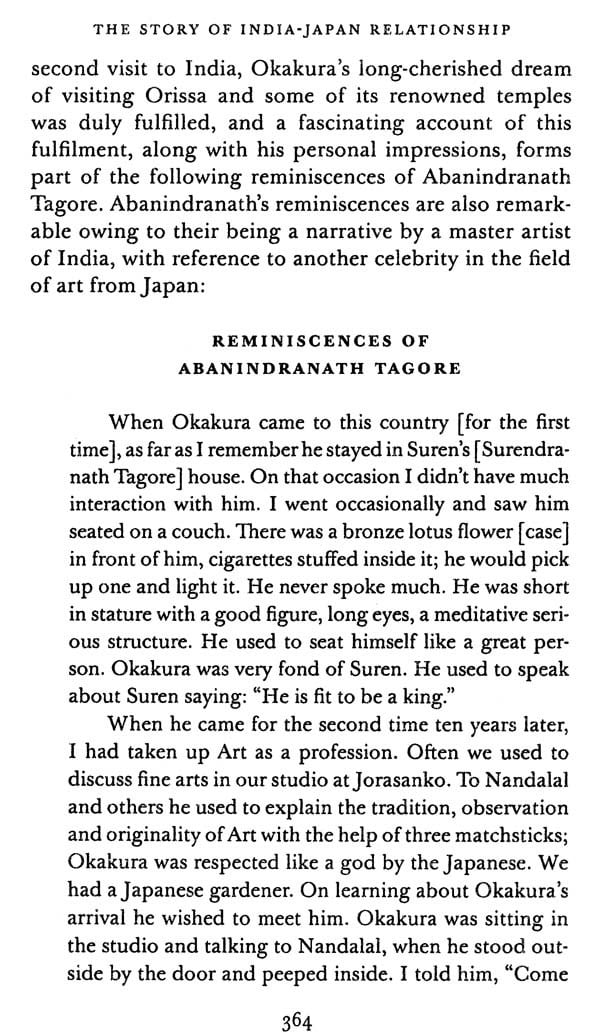 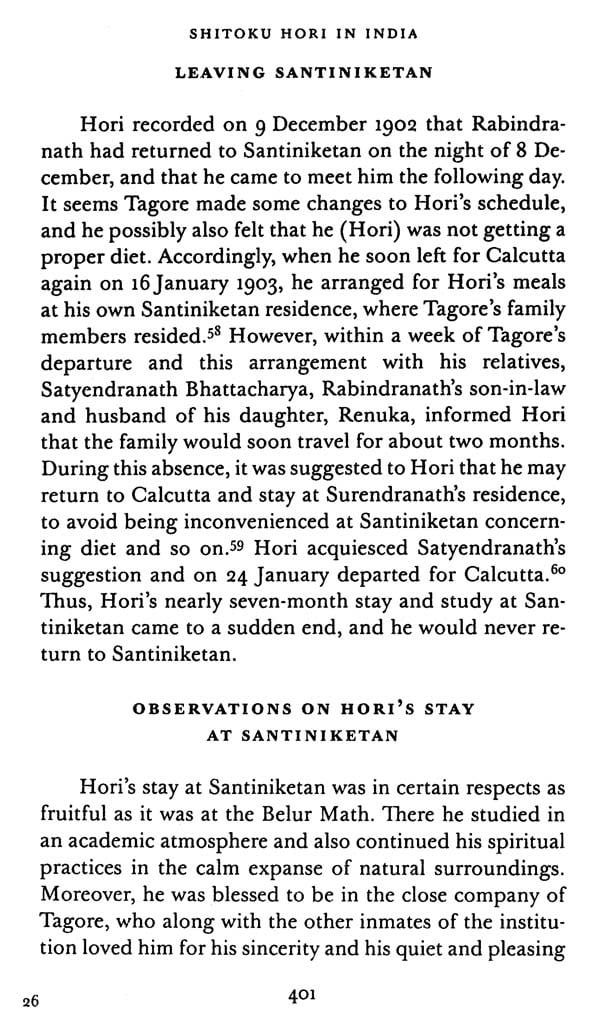 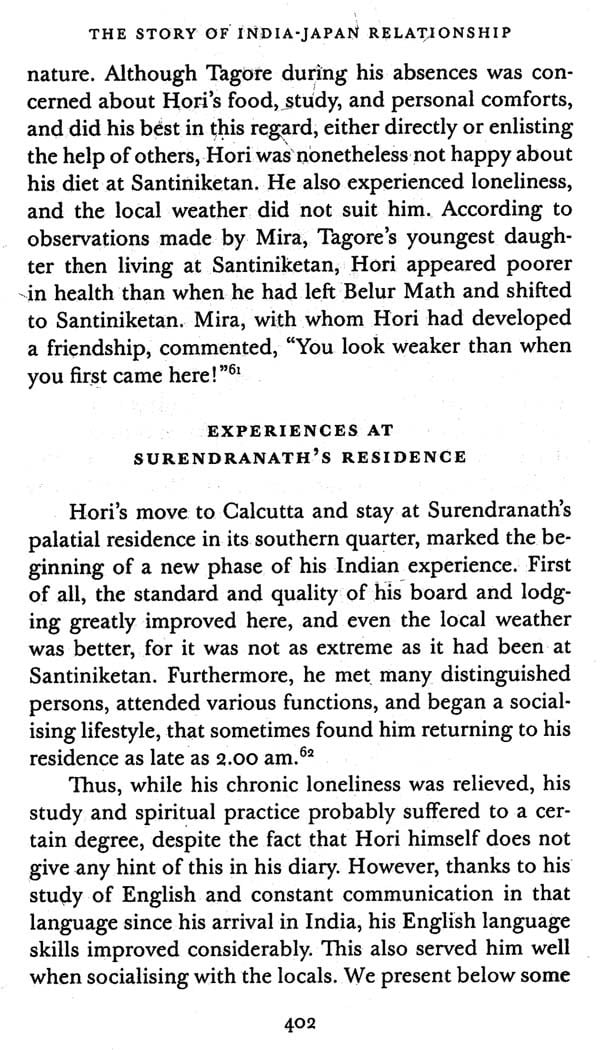